in terms of me collecting Masked Riders aka Kamen Riders. Mentioned before that collection mainly started because of my son and now, it has evolved to even getting the bikes... 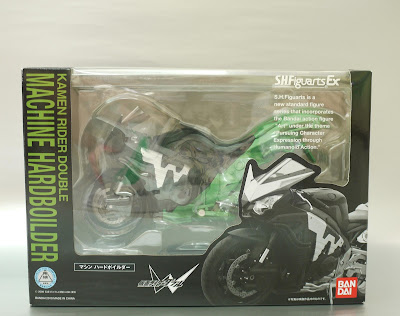 The S.H.Figuarts Ex is the series that releases the machines for the characters and mostly Kamen Riders. The highlight today is Machine Hardboiler assigned to Joker-Cyclone Rider. Bandai priced this item about 20% or more higher than the figure (depending on where you buy). 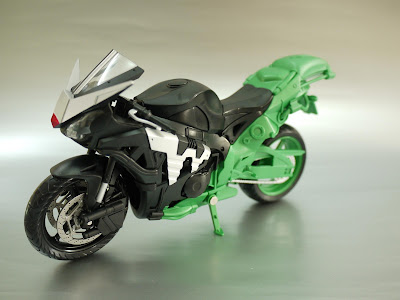 It follows the color scheme of Joker (black) and Cyclone (green) and the position of the color is also taken into consideration. 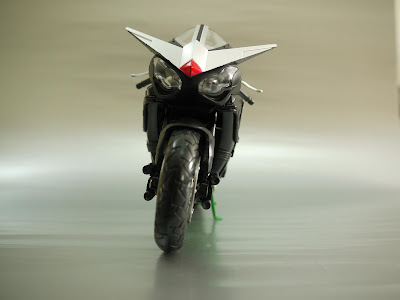 If only it comes with the headlamps being able to be lit. Another thing which I find lacking is the set of hands that could be included as Joker-Cylone figure did not come with gripping hands. 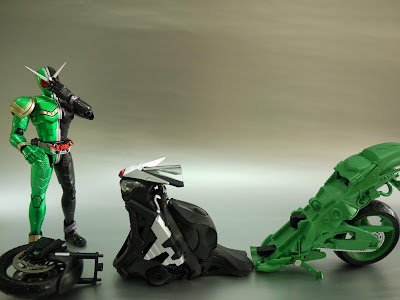 Oh no! Where is the mechanic?
This is consider the basic machine of Kamen Rider Double (Masked Rider W) which can be combined with other machines depending on who Double is. 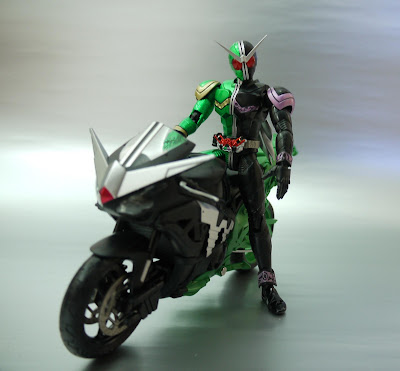 Proportion wise, it is more of less in the appropriate ratio but somehow I could not get Rider Double's butt on the seat properly. 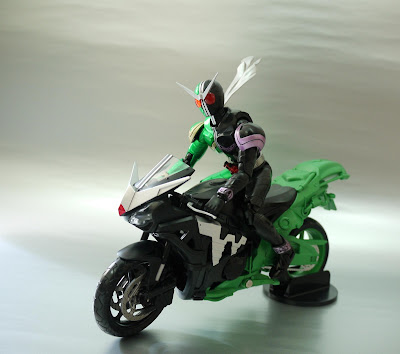 The set, however, did come with a rather ugly looking bike stand and I wish it was transparent plastic instead. 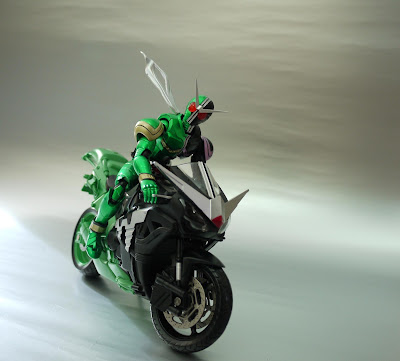 Found a way to balance the bike without the stand 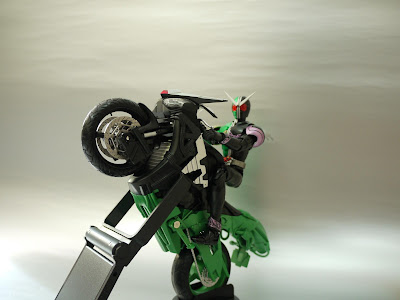 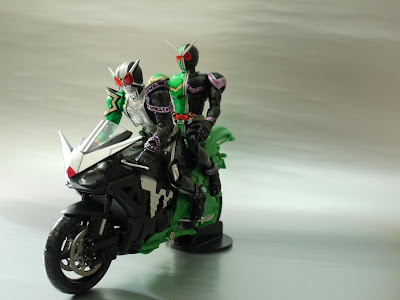 It can even take a pillion
The Machine Hardboiler is more of an add-on and not a must have but it was nice to own piece.
Ok, next up is the Joker-Cyclone Extreme figure from the same series and I'm sure there will be more of these extremes coming. 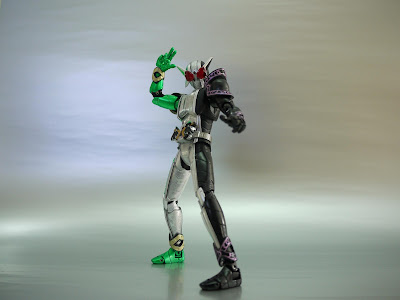 Basic figure comes with gripping hands and luckily I bought this or I will not have the correct hands for Machine Hardboiler. 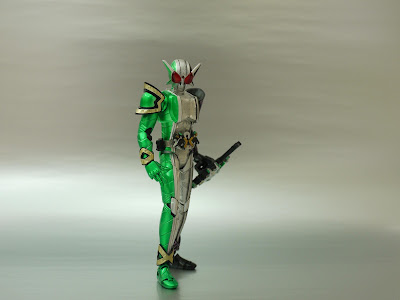 I did not have a liking for this piece when I first saw the pictures online but having the actual item caused me to think otherwise. The centre of the figure is something that I really like as it is actually a clear plastic that covers up the silver plastic from the outside. 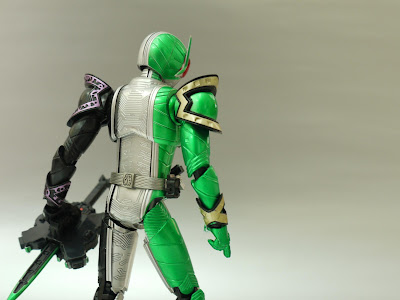 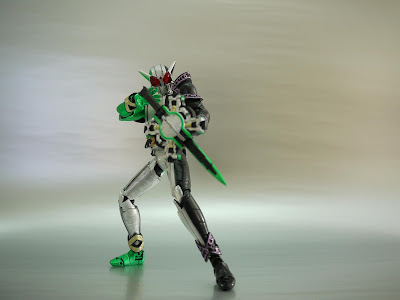 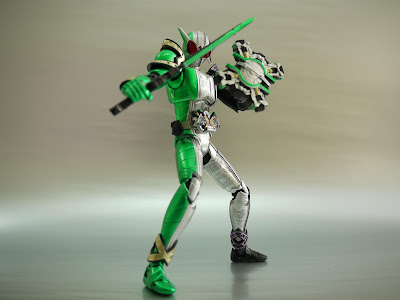 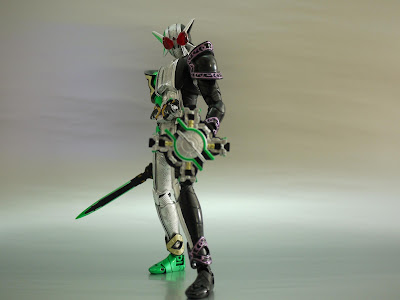 One of the few Kamen Riders that has a sword as a weapon. The Cho Tashoku Hakkou Ken (Super Multicolor Luminescence Sword) Prism Beaker. It is a combination of a sword and shield.


I am waiting for more of the extreme combi to be released.
Posted by Jonloh at 11:38 PM