is the 4th 1:6 scale military man purchase. However, this technically speaking is not mine. My 10 year old son took interest in this genre after seeing CIA SAD Night Ops V2. Bought for him as a reward for his good result after the first assessment. But...who else but the daddy to fix up the guy. 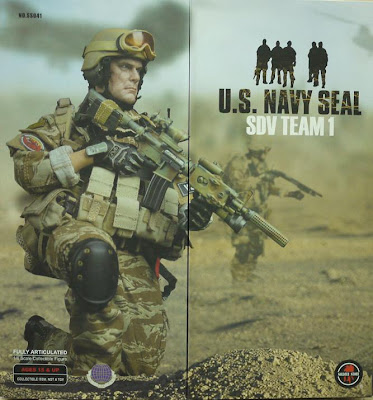 Took a trip to the Hangar to try his luck and perhaps mine as well. This is a much earlier release from Soldier Story and packaging are pretty much similar. Nice box art of the figure in perhaps Afghanistan. 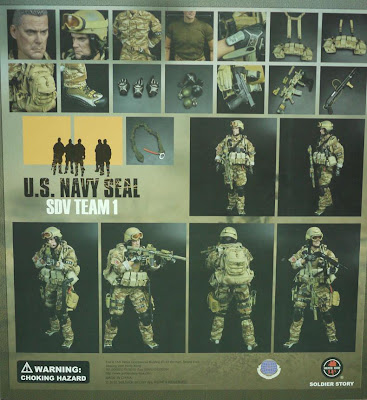 Rear shows the figure and this is as far as instruction manual goes. 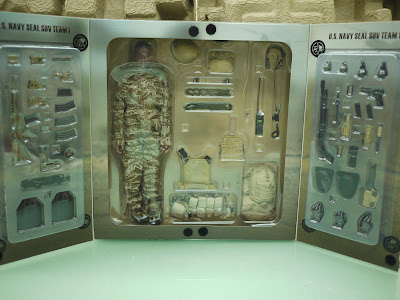 Three trays hold everything and this seems less complicated than CIA SAD Night Ops. However, I took about 4 hours to get everything done along with photo taking using auto focus. 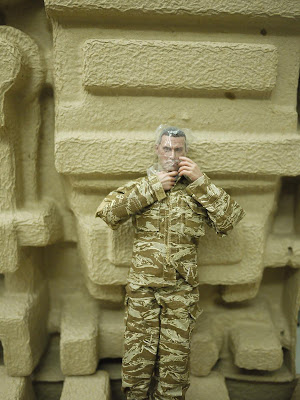 The figure came head bagged like all Soldier Story figures. Couldn't resist the temptation of taking the shot. 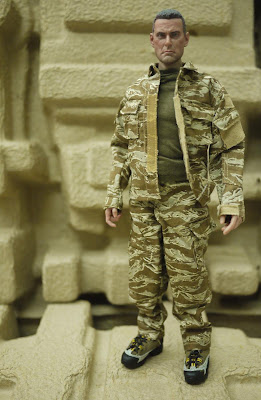 The head sculpt here is 'Steven Lang' who played Col. Miles in Avatar. The uniform includes a t-shirt which to me served little purpose. 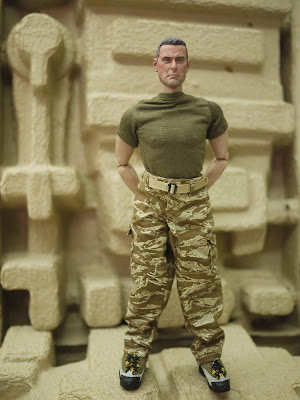 Had to remove the shirt to fold the sleeves and so I guess, the t-shirt did serve its unintended purpose. 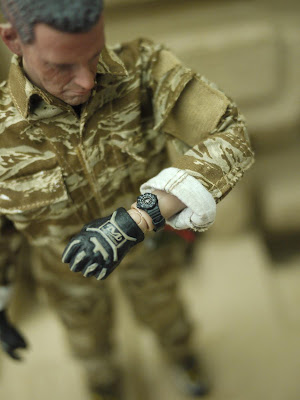 The figure came with many little detailed items such as a wrist-watch, Garmin Foretrex wrist-type GPS and Mechanix M Pact gloves amongst other military accessories and equipment. 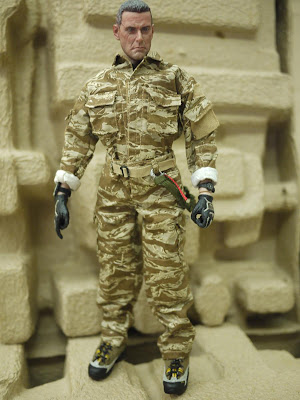 After the prior experience, this somehow did not seem that difficult; moving along the learning curve, I began kitting Col. Miles up. 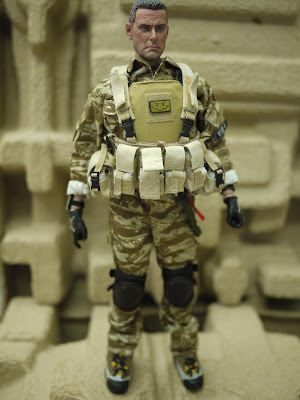 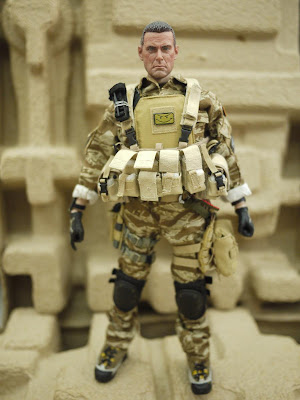 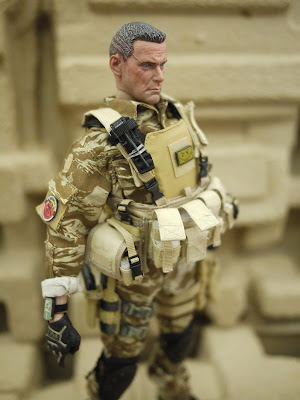 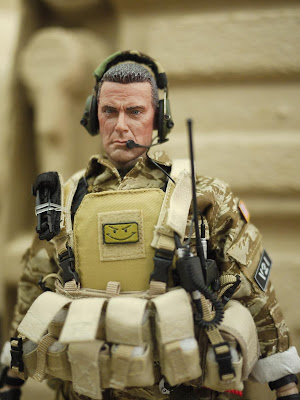 Final touches include the SORDIN Headset, Radio Comms and the military patches which is a replica of actual ones used. 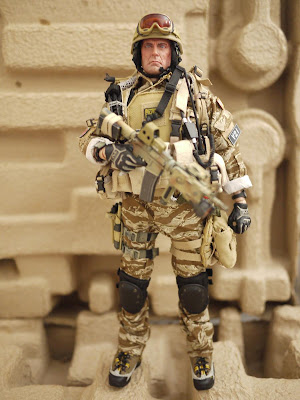 Slapped on the MICH helmet and haversack with hydration tube and this guy is ready to tango with any tangos that come alone. 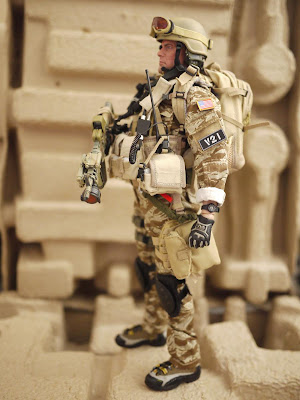 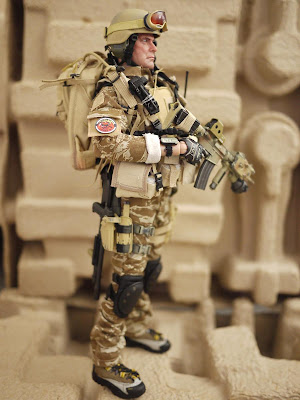 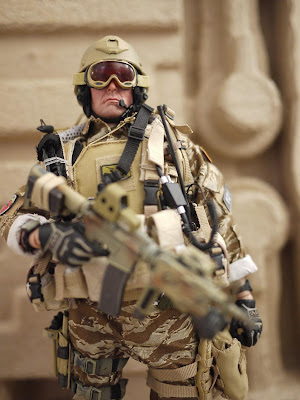 So, after all the hard work done by me, my son here enjoys the figure like it's a $10 market toy.
Overall:
I'm indeed sold into this genre of collection and I jolly well know now that there is no end to this and no turning back.
Posted by Jonloh at 8:44 PM