for the stocks of clone troopers to hit the shelves. Even if they do, I'm not one of those people whose work is probably to camp outside the toy's department.

Bought a set of markers and decided to experiment on some of the regular clone troopers and turn them into those that appeared in the series. 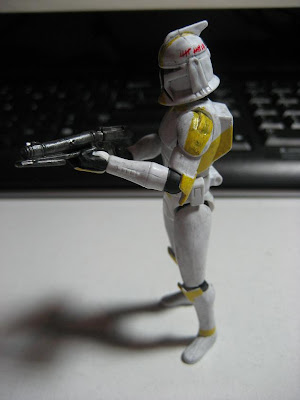 Here's Waxer, one of the 212th Attack Battalion under Commander Cody. I like the helmet's kill marks. 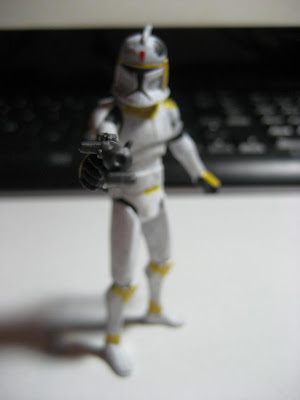 This is Boil, another clone under the 212th Attack Battalion 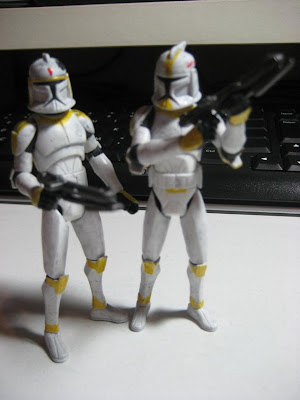 Both serves under the command of Obi-wan in the Battle of Ryloth. 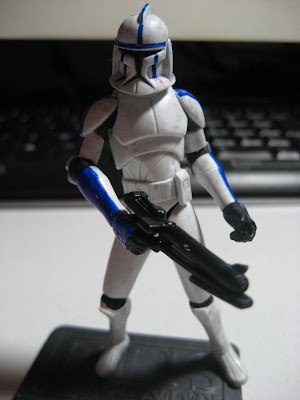 Denal, serving under the elite 501st Legion under Captain Rex and fought alongside Anakin Skywalker. 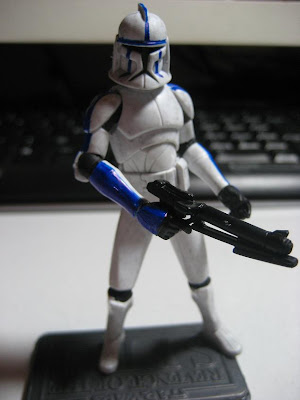 Denal wore a custom helmet marked with the blue color scheme of the 501st Legion.
I did not exactly do a fantastic as the strokes were smudgy and I did not managed to draw some of the helmet marking well enough.
Posted by Jonloh at 7:56 PM