pull a fast one on us collectors just like what Yamato is doing. That is coming out of a Weathered version of VF-25F. Actually, my intention is just to panel line it but the Gundam Marker I used when wiped off with a cotton bud gives a weathering effect. 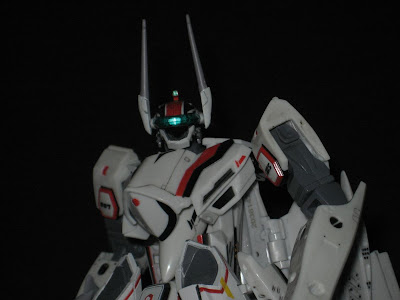 In Batteroid mode and the camera does not do justice to my effort. Only the panel lining can be seen. 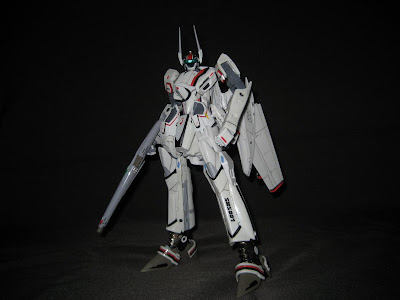 A full body shot to compensate the one I took some months ago which I did not extend the feet. 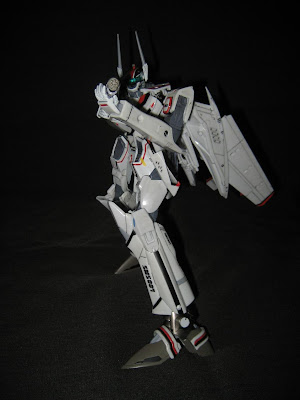 Another shot to 'show off' my panel lining work. It's now that I realised that I have the flash on and so the weathering is wash off when the flash is activated. 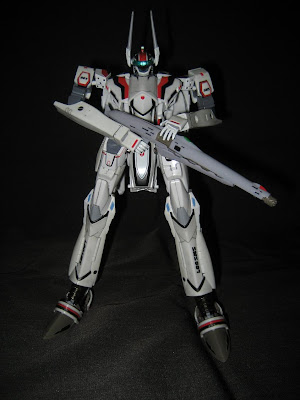 Ok, just one more standing shot before transforming it back to Fighter mode. 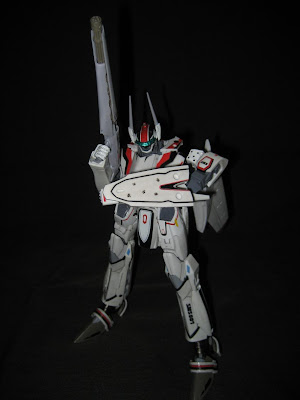 I had forgotten about the shield! It's missing from all the above shot except this one. Took a few hits on it. 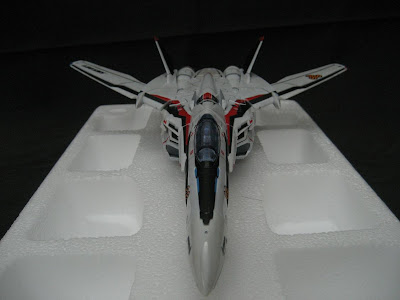 Still, without the flash off, the weathering is still not so evident. Maybe, the Gundam Markers are not as good as pencil which I used for Roy's VF-1S. 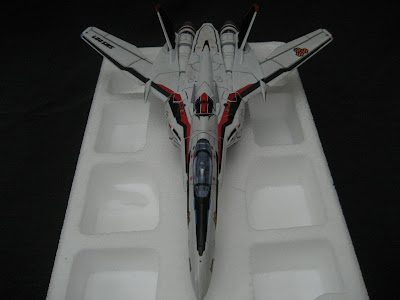 Now, the weathering is really evident when compared to the picture taken in the earlier post when I first opened it. 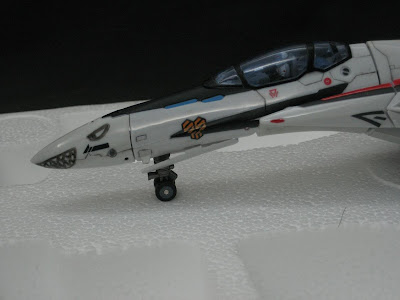 Just having a little fun with a nose art. 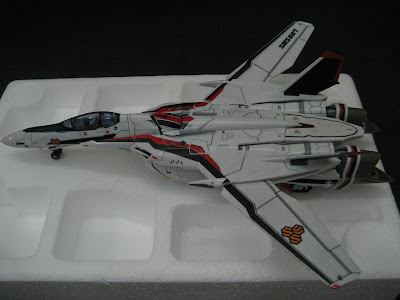 This shot made me realised this is not as anime accurate as I thought it to be!! Notice it only when I was flipping through the Macross Archive Magazine. The difference is at the exhaust area (the legs). The 1/72 model kit is more accurate where the SMS 007 wordings can be seen in Fighter mode. 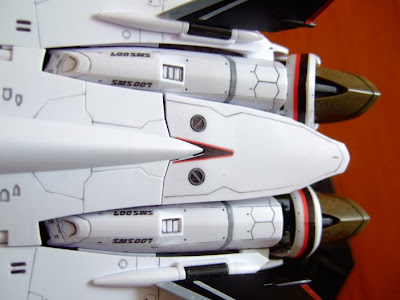 While the SMS 007 wordings is obviously missing in the 1/60 DX version. Missing here means it is hidden as the legs here can't be adjusted any further unlike the 1/72 modet kit. 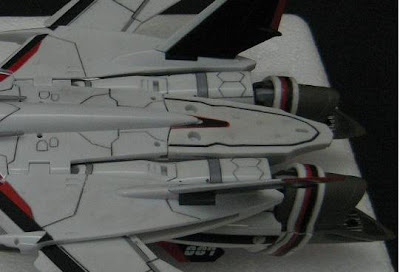 Well, it was still fun panel lining the VF-25F. Will do it for the rest of the Messiahs, provided time permits.
Posted by Jonloh at 12:03 AM

good work on the panel lining, bring out the details much more. Have you tried enamel washing? I will attempt to enamel wash my PG titans.

Actually, very new to all these. Please do share more tips.

Will try to show the process of enamel washing, but that will be quite awhile away as it is one of the last processes of building the kit.

Thanks for sharing.
Read at the Dannychoo website that he had a same project as you. Working on the Perfect grade RX-178 Titans Version.

No prob, looking forward to reach the stage of enamel washing though. Yup read Danny's post previously, perhaps I should refer to it abit more while building the kit to pick up more tips.