it is out of the packaging.

Decided to open up and feel Bandai's Soul Spec XS-03 Evangelion EVA-01 as I watched the semi-final match between Singapore an Haiti (eventually in disappointment). 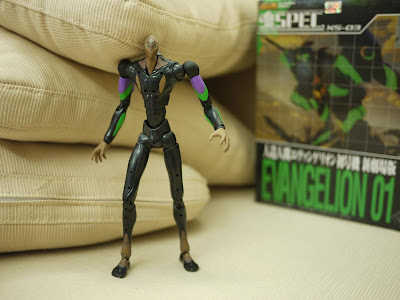 Alien form or the inner body before the armor parts snap on.
I could have bought this back in 2007 or so but never had the opportunity (time) to open it up. The many parts is the deterrent factor. However, I was misled by that as I found out removing and snapping on parts was a stroll in the park. 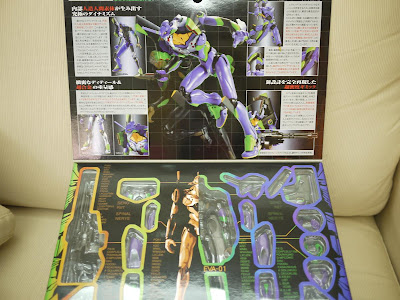 This was Bandai's flank product for the Chogokin market as the earlier release of EVAs under the Chogokin line suffers what collectors term as crack shins. Packaging is rather retro with the specialised windows for the parts. 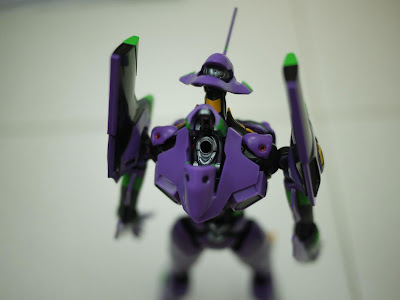 The series of pix above and below 2 shows the entry plug tube being inserted. 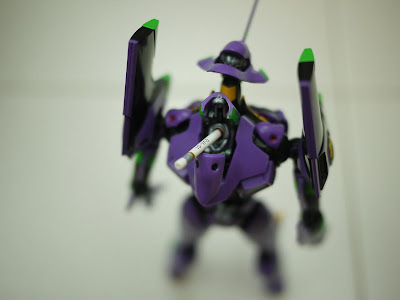 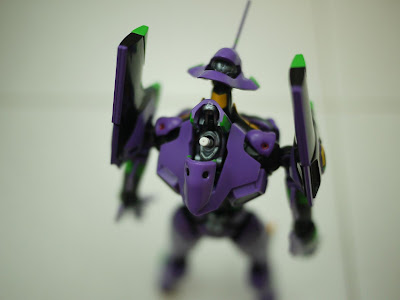 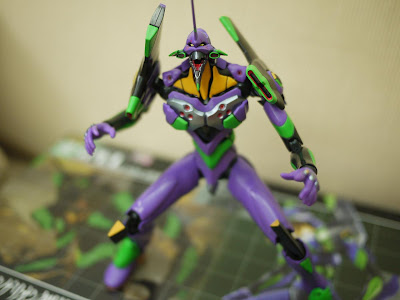 Pilot is in and empathic link in-sync with EVA and has full control.
I did not include the umbilical cable that powers up the EVA at the back (which I find the idea really silly). 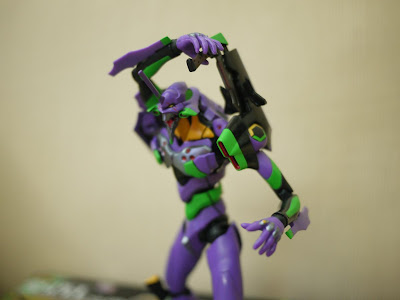 This set comes with  3 weapons only and the first is the progressive knife which is an energy blade that was used to kill the first angel in the anime. 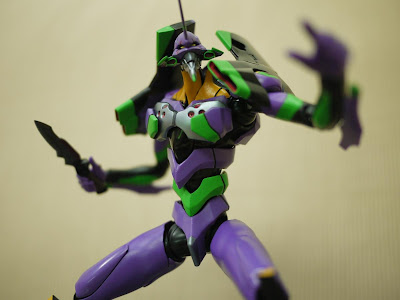 Figure is great in the area of articulation and the materials mix is fantastic. The inner frame is mostly plastic and the armor in the real sense are largely diecast material. 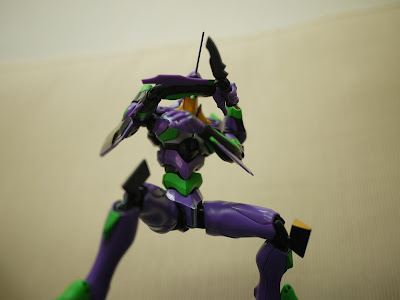 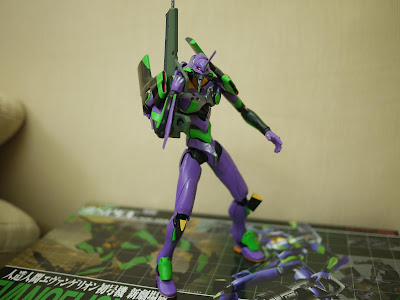 The next weapon is the pallet rifle which did not do much damage to anything in the series. 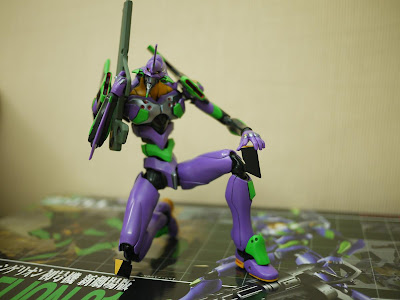 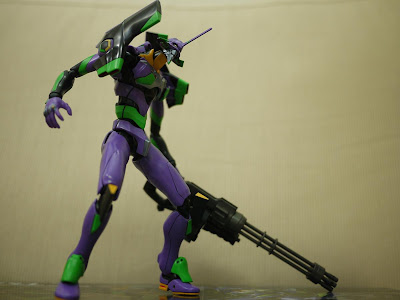 The gatling gun which is pretty detailed and makes EVA-01 here looks rather formidable. However, all these weapons are nothing compared to what the 01 can do on its own when it goes into the berserk mode. 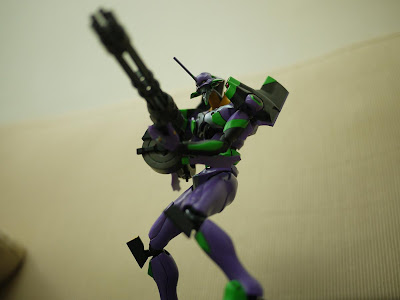 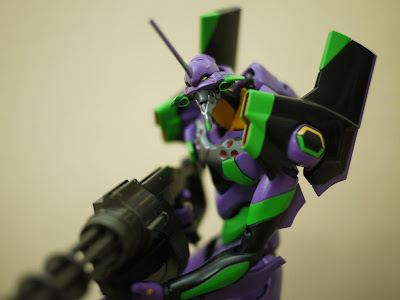 This figure is rather rare in shops now but I do remember Takashimaya selling them a couple of months ago and in fact, I bought one for my son.
Posted by Jonloh at 11:25 PM