I hope as I picked up what I supposed will be my last 2 purchases for this series. 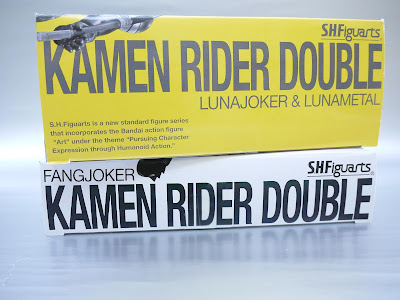 I had wanted the FangJoker figure after seeing my son's. Did not noticed the difference when I first saw the promo pictures. 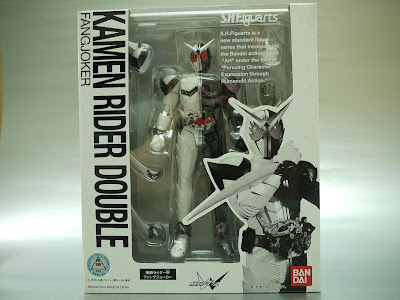 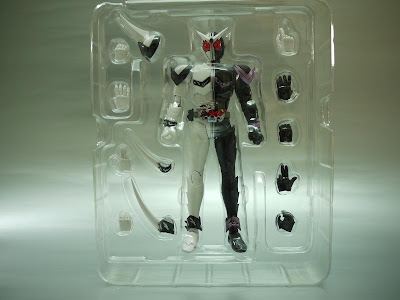 This is also one of the sets that came with many optional hands and thus, more poses can be done with them. 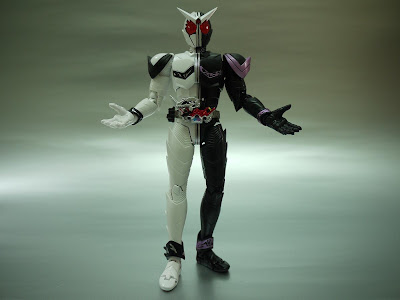 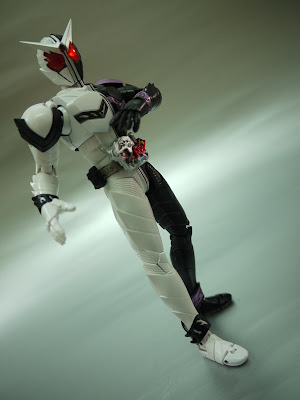 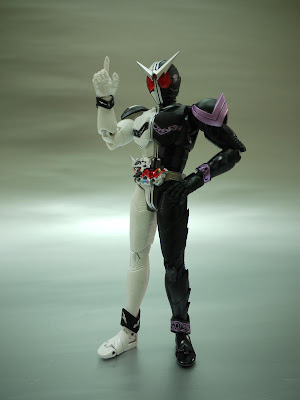 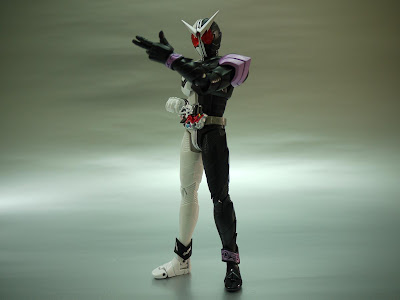 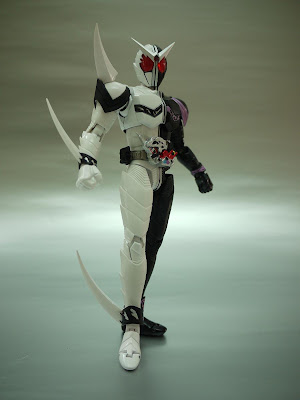 According to my son, the fangs are supposed to come out individually when called upon but I was too lazy and so, displayed all. Really not too much of a Kamen Rider fan. 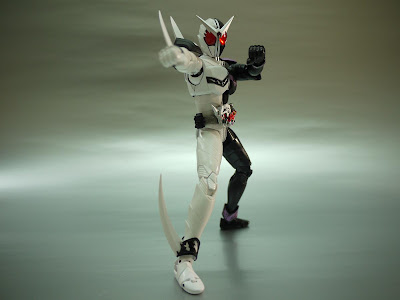 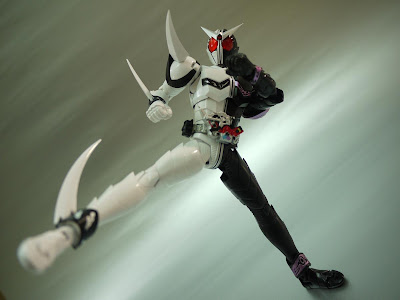 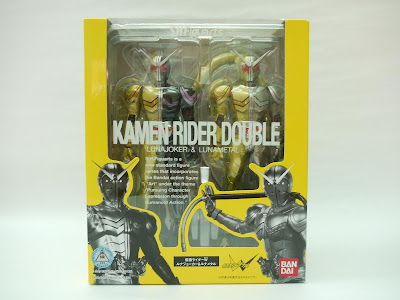 Next up is the Lunar with Metal and Joker set. I was not too willing to get this because of the 'banana' hands. 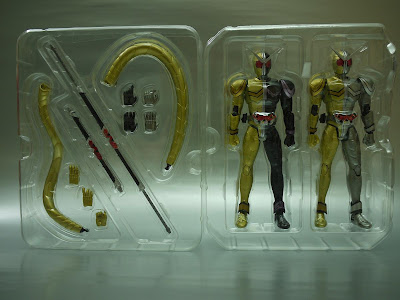 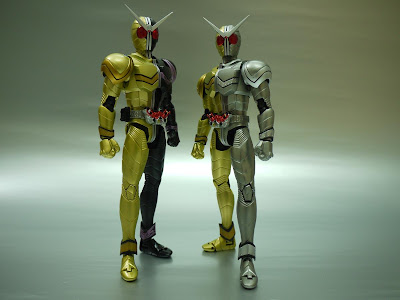 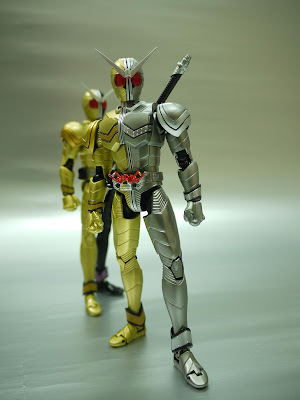 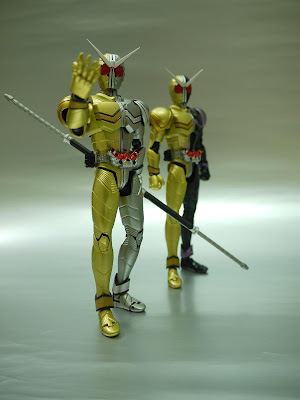 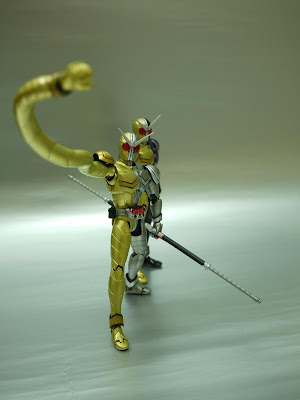 Broke the V fin while fixing the arms onto the LunarMetal. 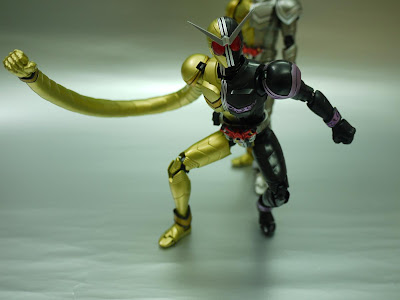 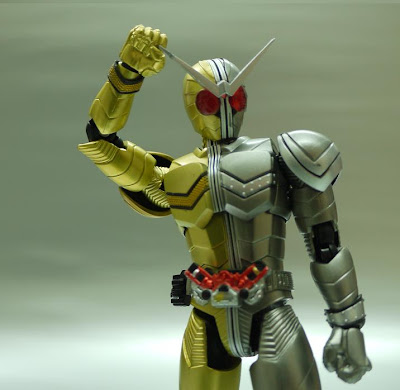 However, nothing glue can't do to get things fixed and then follow by some paint touch up. Well, I think I've reached a certain phase where my obsession is coming to a plateau.
Posted by Jonloh at 12:23 AM