from the land of the rising Sun; Takara Tomy version AM11 Arcee - Scout Class 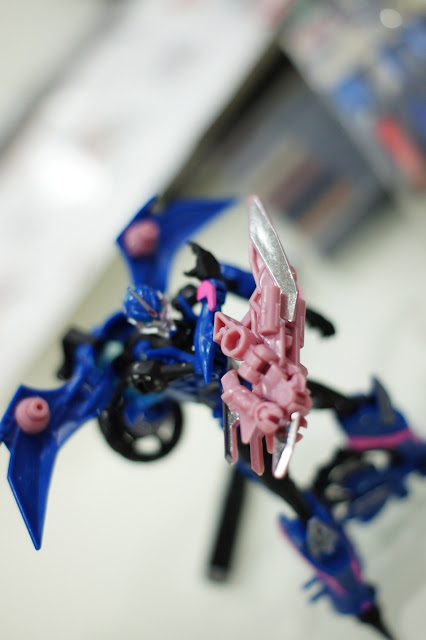 This cost another $10 more than the Hasbro version and it needed more work out of the box; literally. 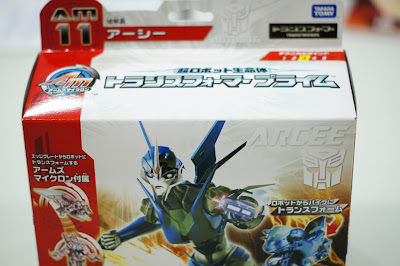 Packaging is box type with loads of graphics about the figure and microns from other characters as well. It's really a gimmick to entice collectors to buy every figure just for the microns. Too bad it will not work on me. 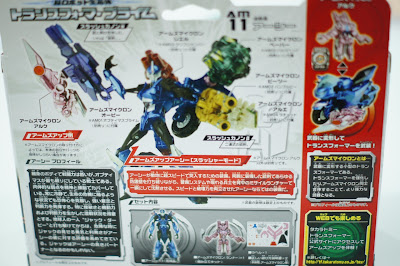 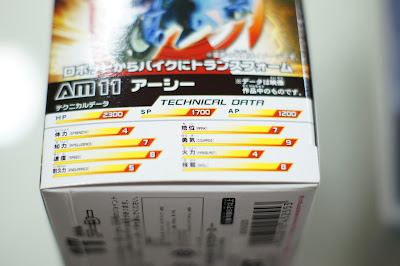 Out of the box, it's in vehicle mode and boy it's really as plain as Jane can be. Lots of work ahead to make this look like Arcee. 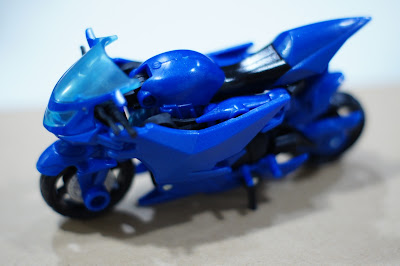 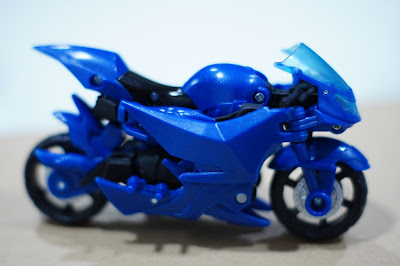 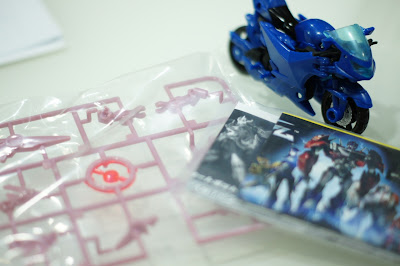 What else is in the packaging? The micron; Arc which is like Targetmasters from my childhood. Oh, Arc comes unassembled and painted in single color only. 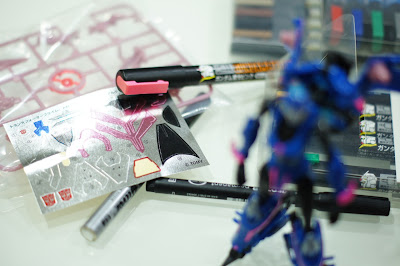 I chose to paint most parts of the figure using Gundam Markers instead of stickers to avoid the over time peeling effect. The sticker version offered by Takara Tomy is to bring back that nostalgic feel of yesteryears; the enjoyment of applying stickers. 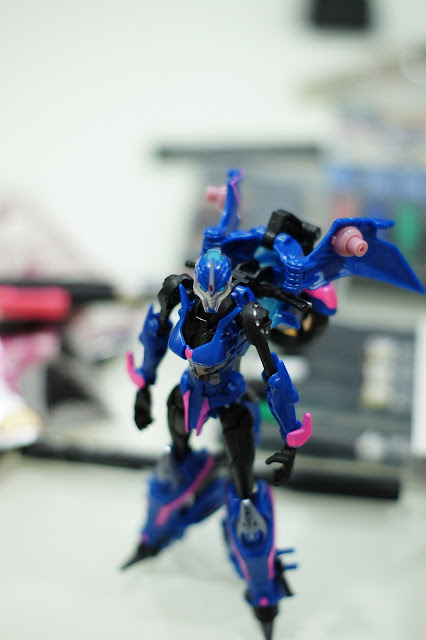 The finished product for both Arc and Arcee and noticed the pink highlight; homage to Arcee's original color. 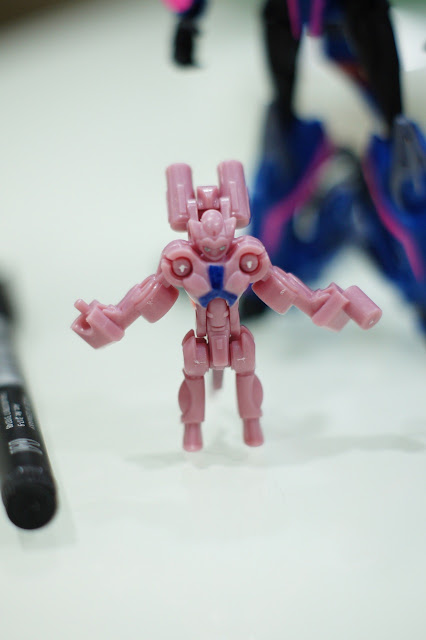 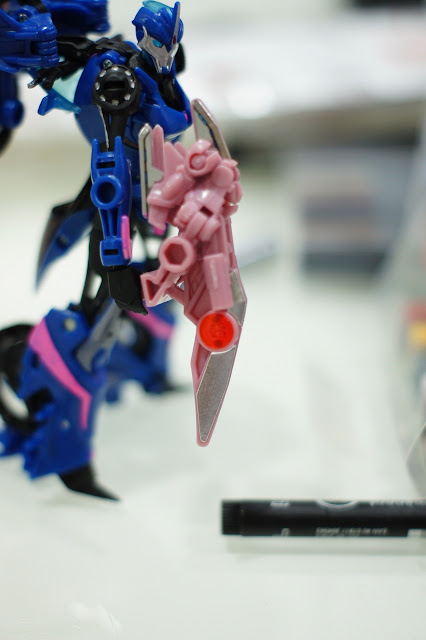 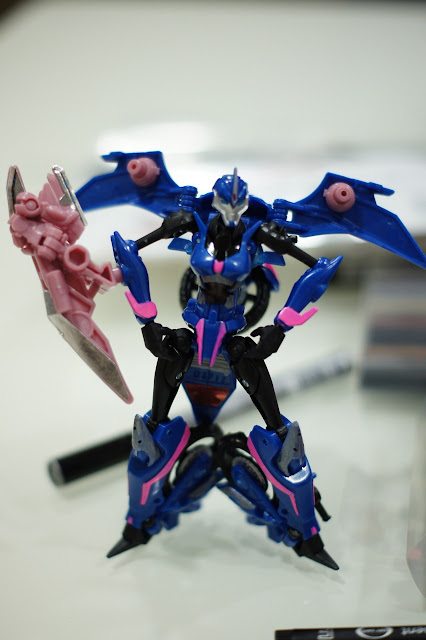 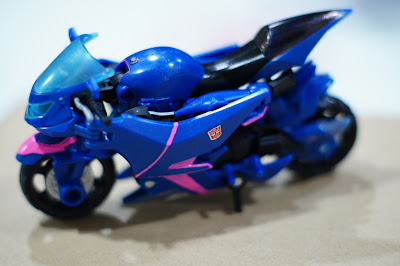 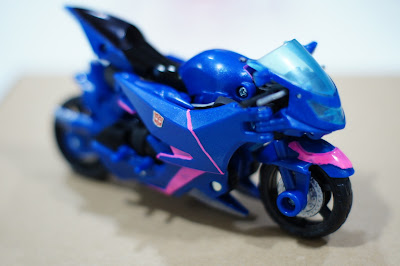 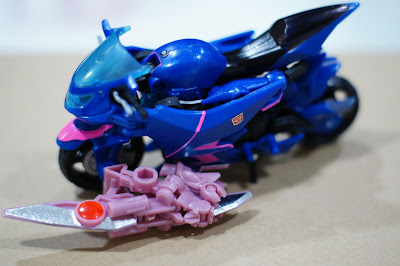 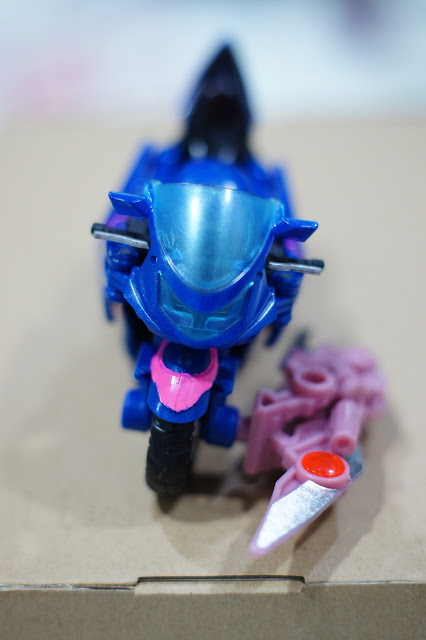 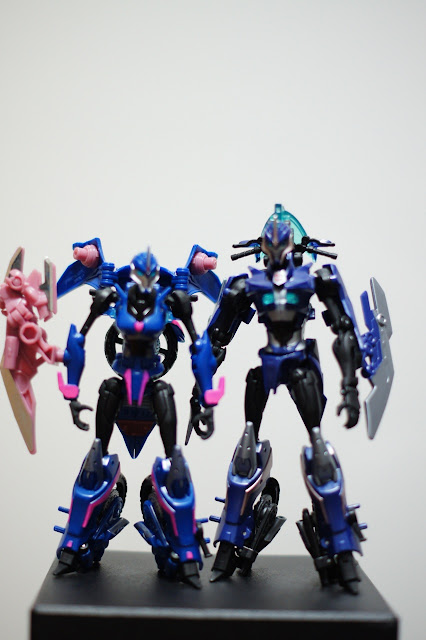 Images here are slightly off focused. Anyway, the focus of the these picture is to contrast between the Hasbro and Takara version. Looks like the Americans are still taller and bigger than their Japanese counterparts even when it comes to robots. 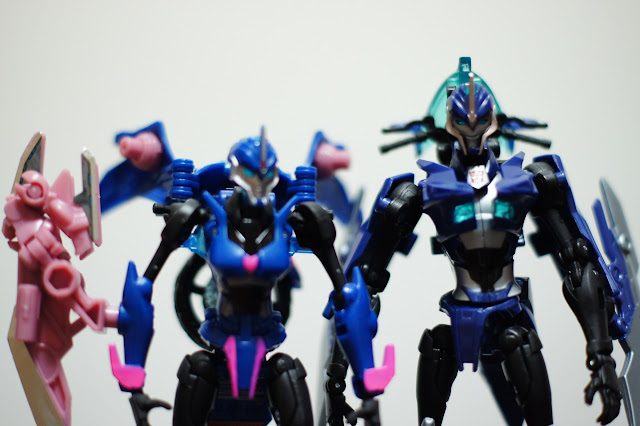