The 1989 Batmobile from Tim Burton's Batman. It was the first big screen version of the cape crusader and with it came this uber cool vehicle; The Batmobile. Back then I can only drool at it and envy those lucky kids who have toy version of it. 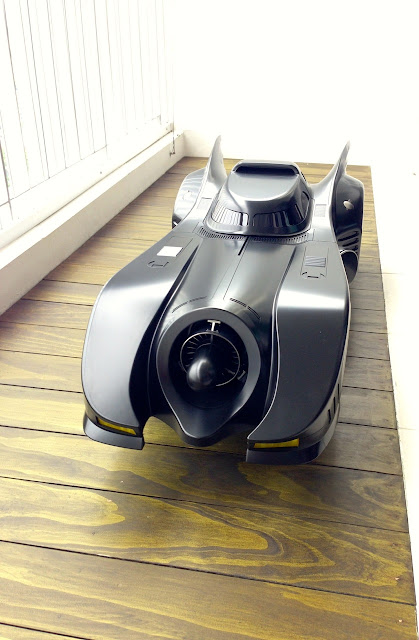 There is no missing this collectible and I've even had a cabinet space reserved for this juggernaut alongside the Tumbler. 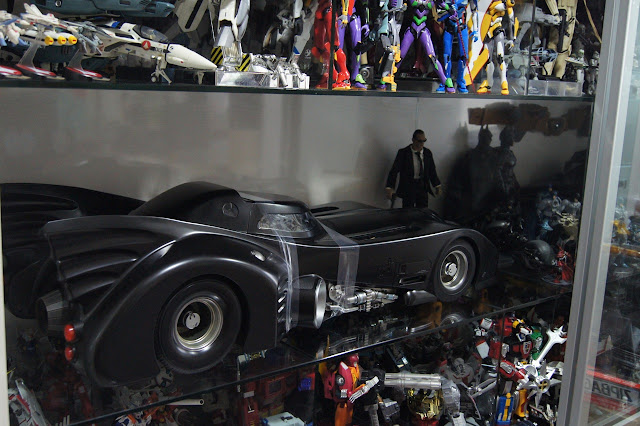 It fits nicely in the allocated space but wait... why did Hot Toys included a shield? Probably a great packaging idea to shield the batmobile with. 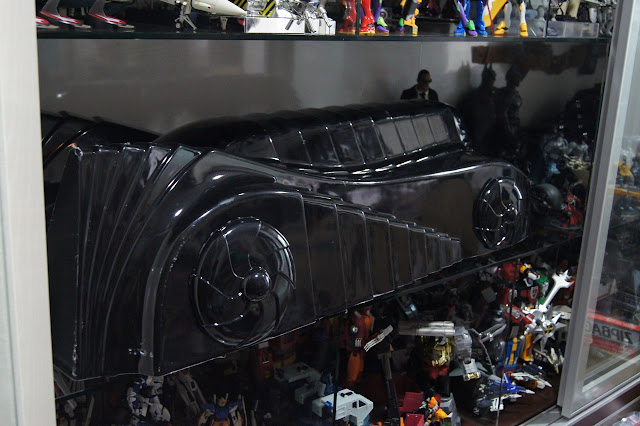 The shield is more of a one-off photo element and definitely not display case material. I'm impressed that Hot Toys has even included a film of protective layer over it.

Let's rewind and begin with unboxing. 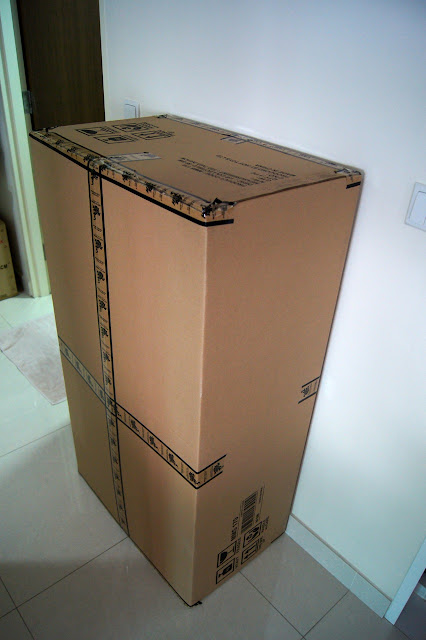 The box is huge and much longer and heavier than the Tumbler. I had a hard time lugging it home on my own. 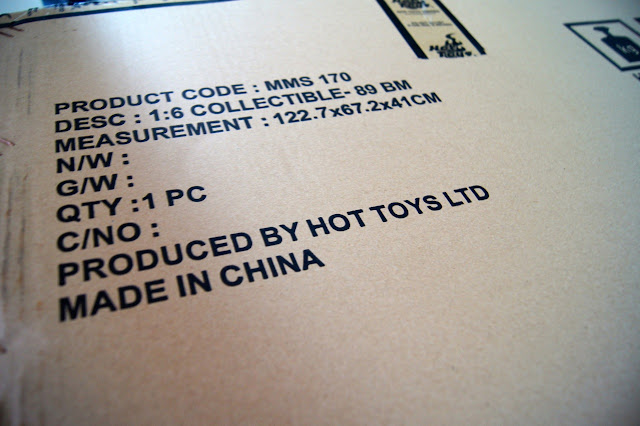 Cut open the carton and reveal the actual packaging in pure black. Nice touch but I rather they made it uglier. Throwing it away pains the heart... 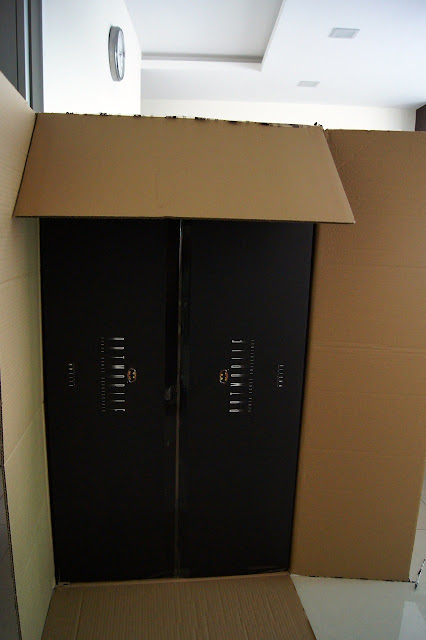 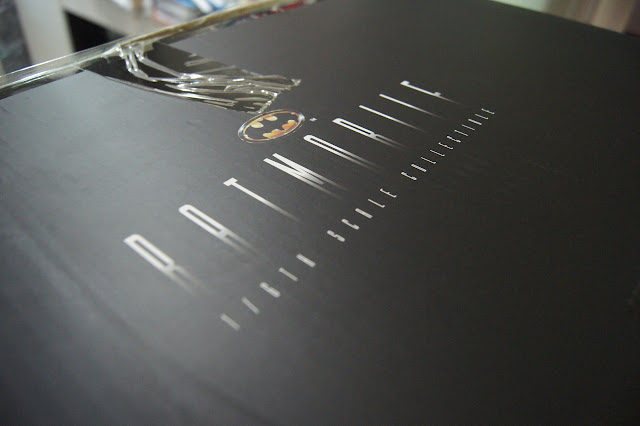 Finally, after layers of carton and styrofoam reveals the prized item and the cocoon shield is the last piece of protection over the actual batmobile. 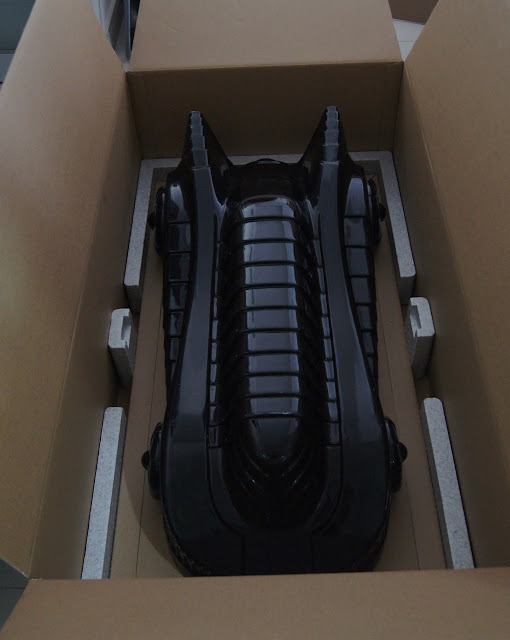 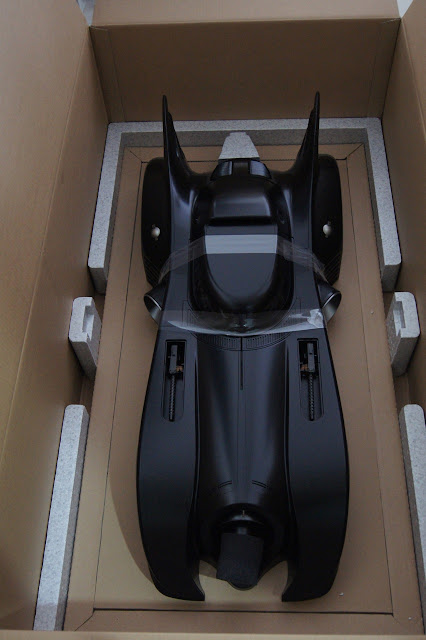 The accessories and the batmobile decked out for photo shoot session 1. 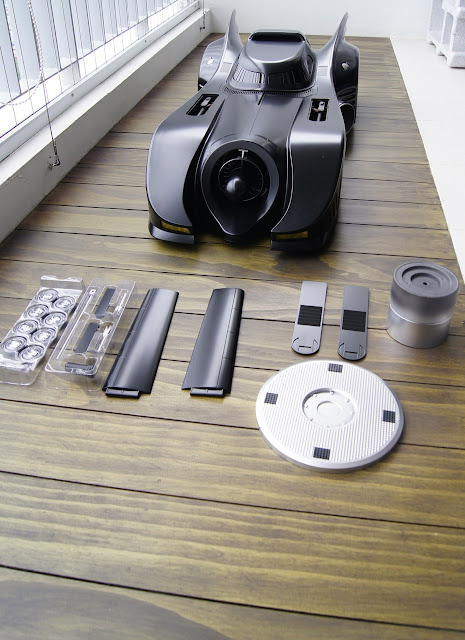 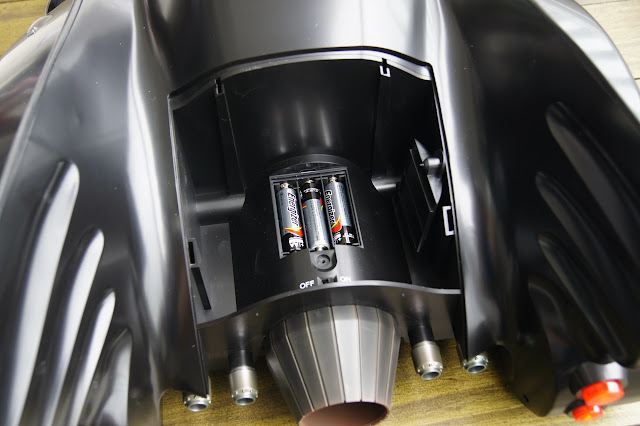 The switch this time is neatly located at the back and it gives a feeling of a boot and I was tempted to dump all the other unused accessories in. 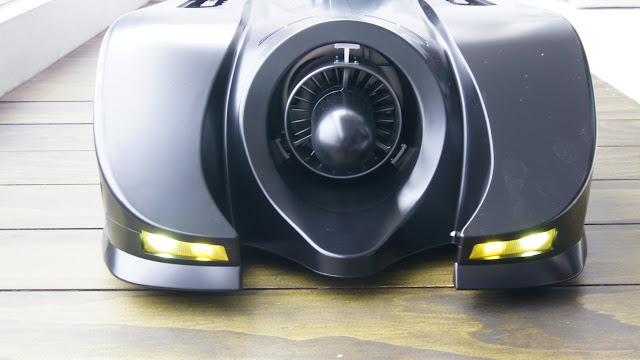 Flicked the switch and the yellow front lights, rear tail lights and booster lights up. The cockpit has certain parts of the panels lighting up too. Very cool indeed and this time, Hot Toys included instructions to change the LED lights too. 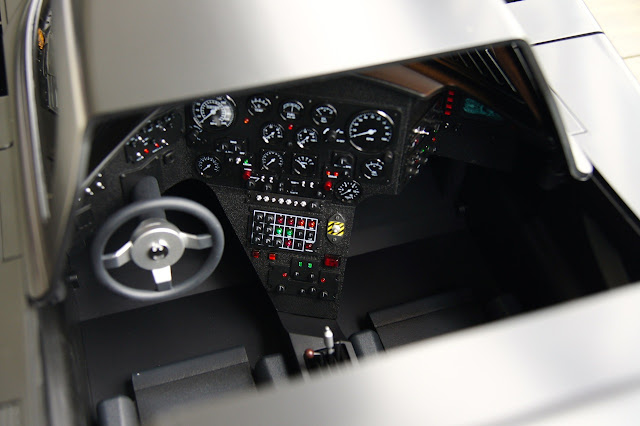 Pix below shows how bright the lights of the instrument panel can be in low light condition. 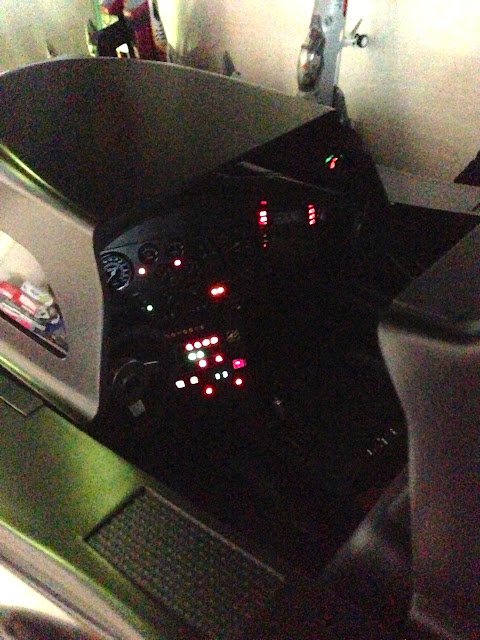 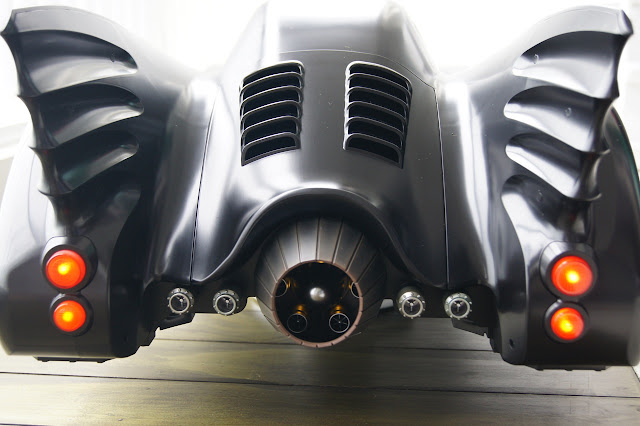 I was getting a little lazy as I need to figure a way to vacant the temporary residents of the cabinet space meant for batmobile. Thus, in the pictures below, I'm only featuring the left side of the vehicle with it's gadgets and weapons. 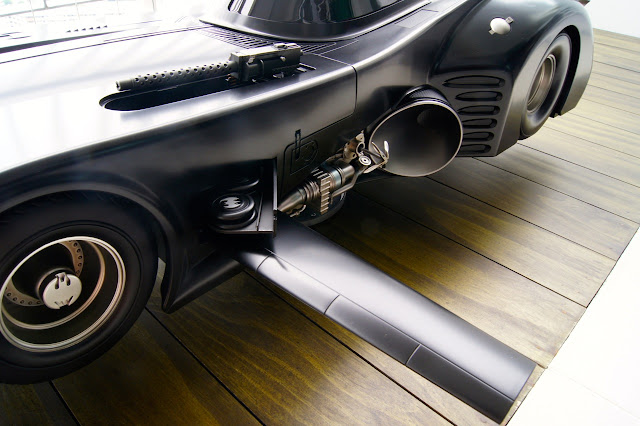 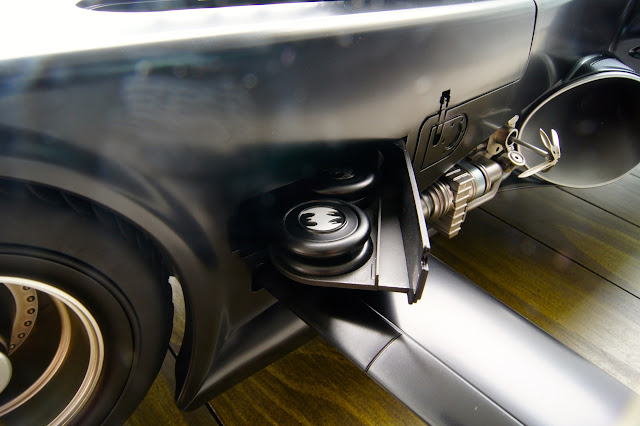 We have here the bat discs, grappling hook and shin breaker. 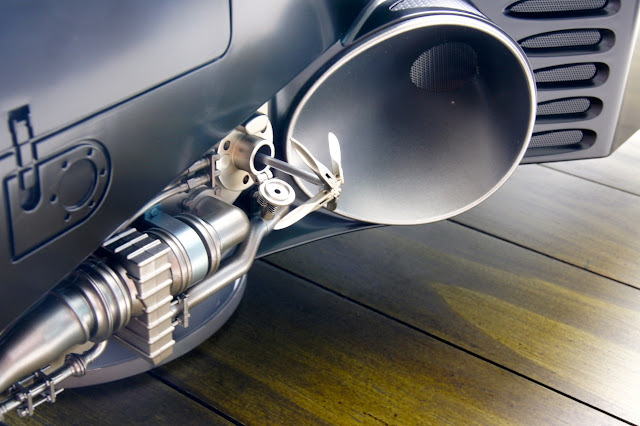 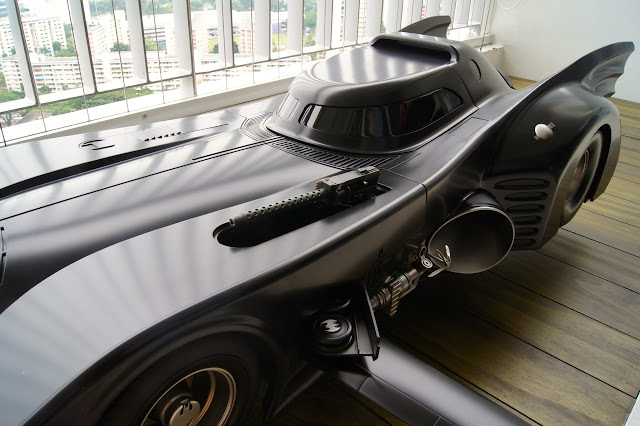 This is a 1989 version and gattling guns were the in-thing back then when it comes to menacing weapon system. 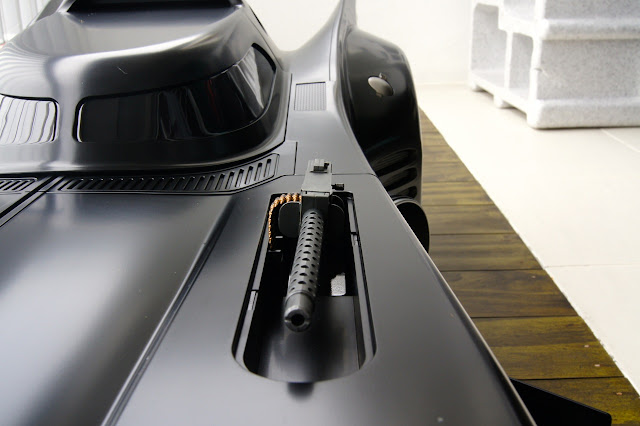 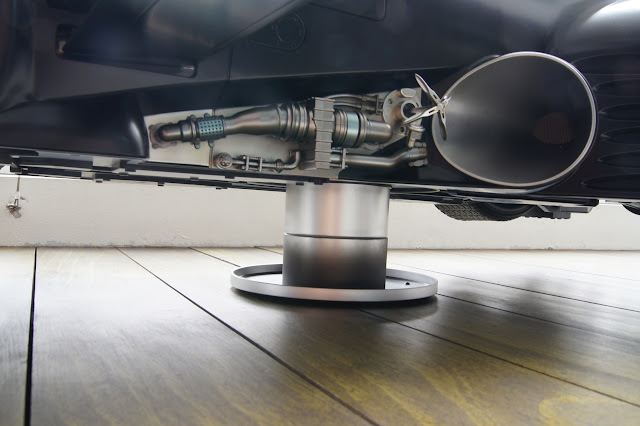 The rotating base is a great touch and it really works and displaying with it is a space saving idea. 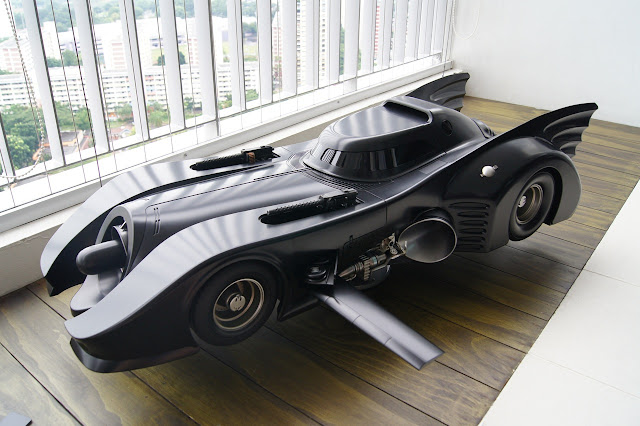 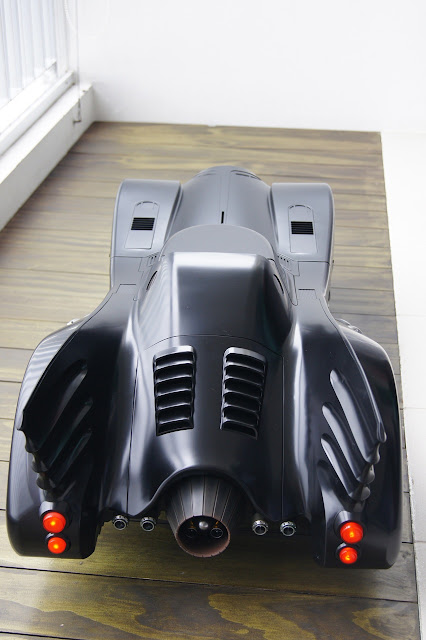 The shield is really a far cry compared to the one in the promotional pictures. 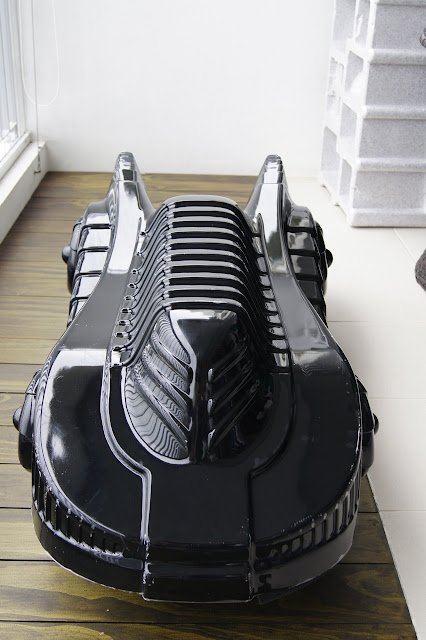 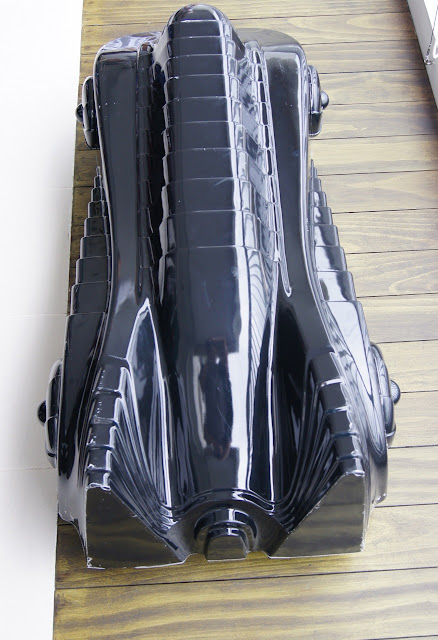 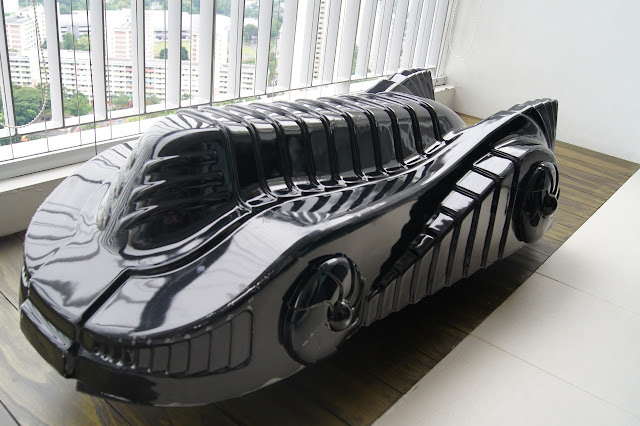 I was about to discard it when I found a good use for it. 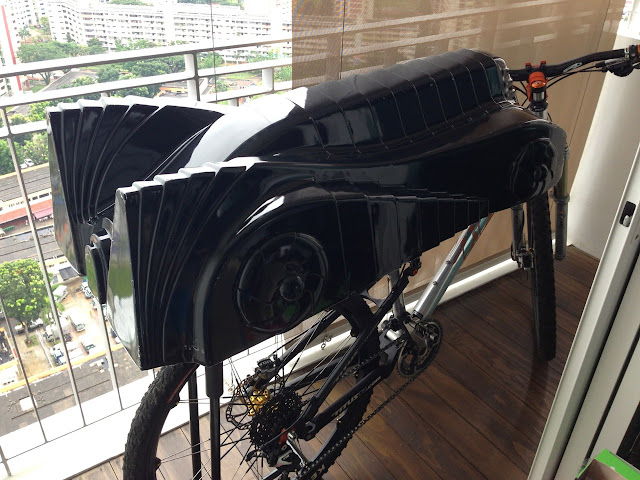 That's all I will share today and Michael below is dying for a spin in his new ride but that will have to wait. 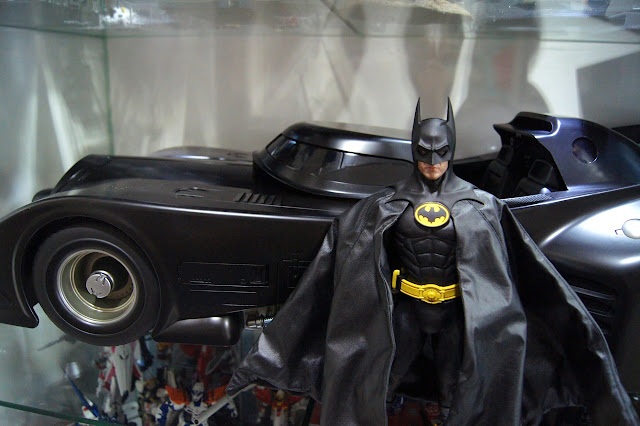 Hi Des. Thx!! I guess toy collecting is a choice for peasants like me due to limited resources. The most limited resource seems to be space. I had to make a lot of sacrifices to accommodate to this.