call it a blast from the past if you will but it's really not everyday that I open up a toy and a sense of awe just poured out the packaging. Today, I had that feeling from SOC's release of Grendizer. To be exact, it's a reissue and it came packed with everything (I think). 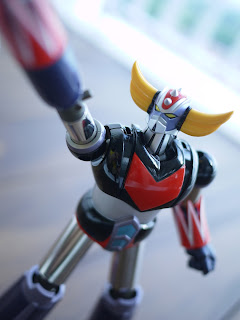 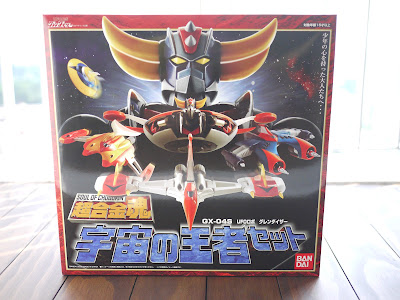 The GX-04S Soul of Chogokin Grendizer “King of Space Set”

This is one of the those unplanned purchases (I have lost count how many times I've mentioned this) and the pictures online had me sold. 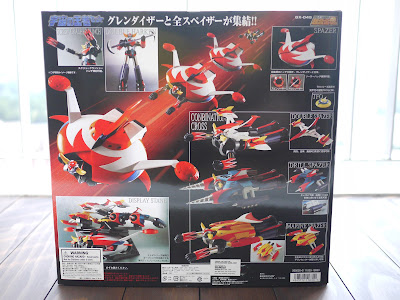 This is an reissue and that the earlier release was way back in 2002. 10 years on, it sits in my home. Packaging is as old school as it gets; styro foams, plastic bags but the occasional preformed polymer case for accessories made this up to date. 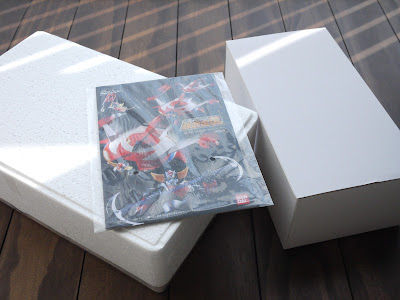 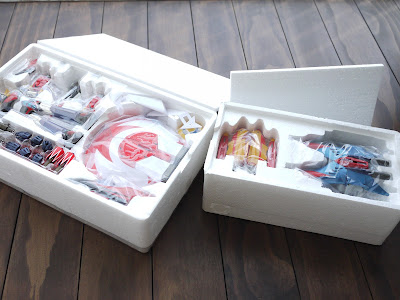 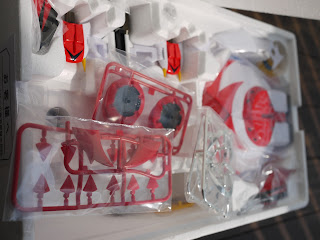 There are just too many things in the packaging and most needs assemblies and I am out of display space currently so this entry will feature the bare minimum. 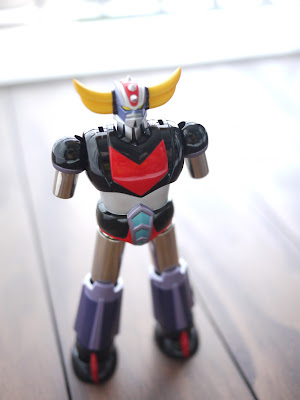 The figure itself is breathtaking enough. Loads of die cast parts and it's really a vintage toy with all the cylindrical body contours as opposed to today's angular mechas. 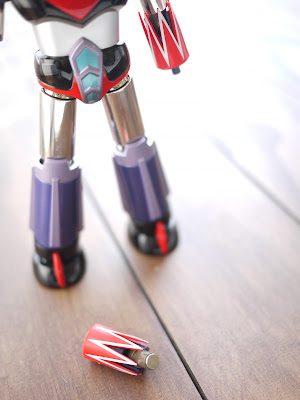 The forearm is detachable held together using magnets and it comes with a whole lot of combination fists. 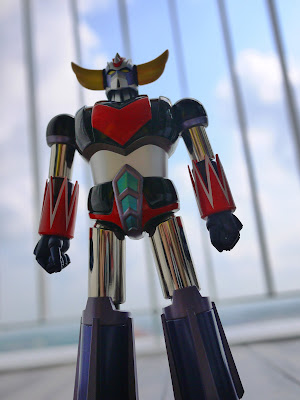 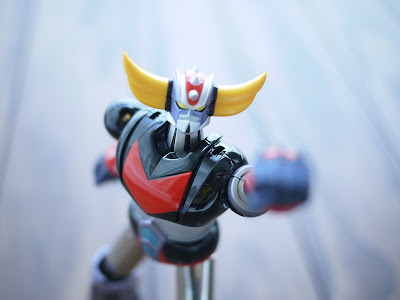 Articulation here is not fantastic and don't expect more than a Saturday Night Fever pose out of this. 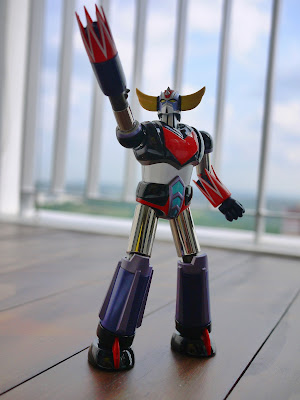 The screw crash punch here comes with a different set of forearm that even shoots out. Such gimmicks really bring back memories of all the robots animations of that era which have fists flying. 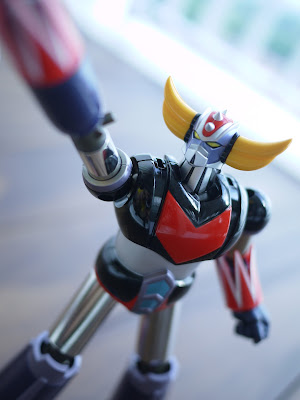 Grendizer was an animation I used to watch once in a while (there wasn't much freedom in what and when I could watch TV) when I was little and thus I don't have much recollection of the show. However, I'm very sure this was part of my growing up years and that owning this as a toy back then is impossible.
Posted by Jonloh at 11:19 AM