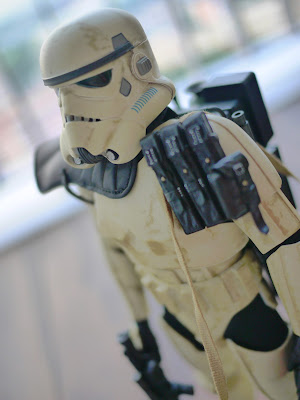 is one of the few 1:6 scale troopers that I own and this has been in the packaging for quite some time.
It saw daylight due to the arrival of Boba Fett which will be featured in the next entry. I needed space and had to decide which Sideshow box to discard. 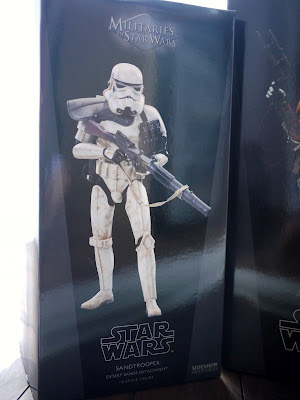 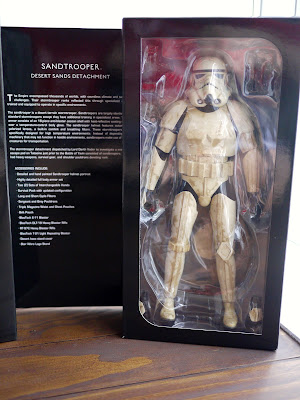 Sideshow probably is the only company that has the official license to produce Star Wars figures and so far, they don't disappoint. 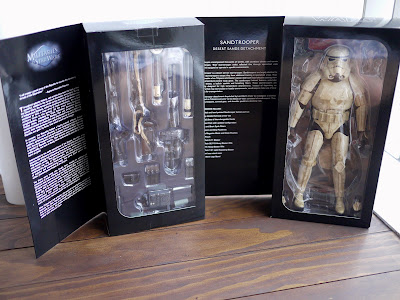 However, the package fails in the aspect of durability. The flap with the magnetic snap-ons is the one that wears off first. 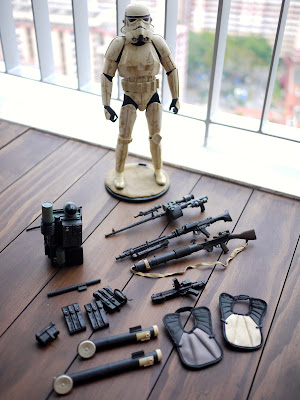 This figure packs quite a load of accessories 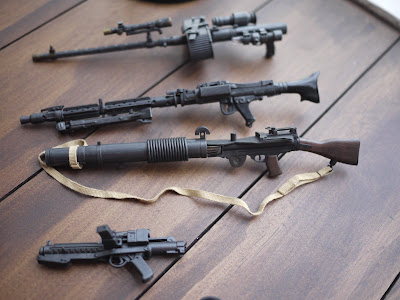 The straps for the survival pack is rather redundant with the magnetic snap-on feature and removing them is no issue as well. 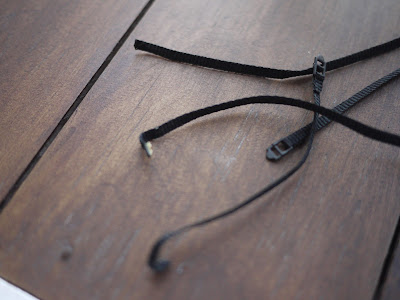 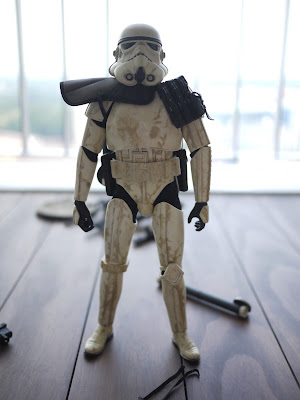 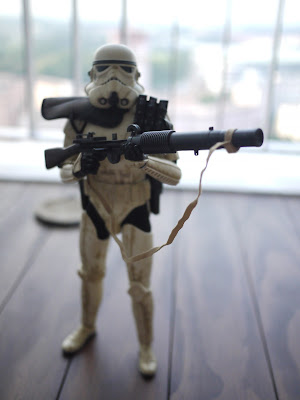 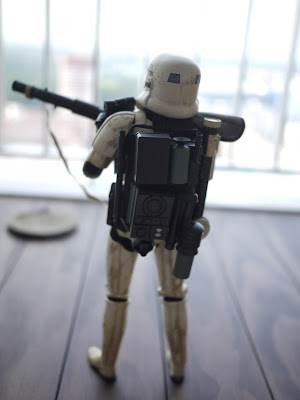 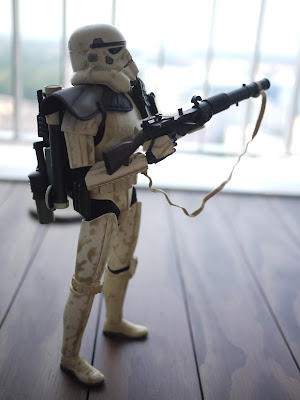 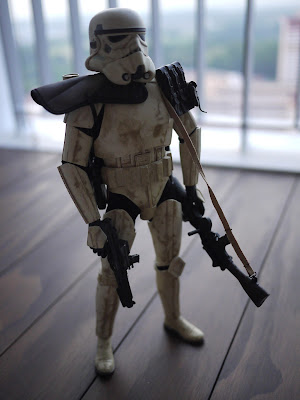 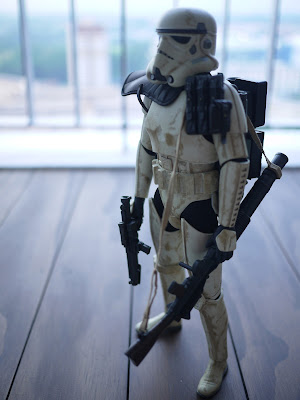 This is an outstanding figure in terms of accessories and the sand blast colour scheme made this a very authentic piece from the the planet of Tatooine.