The movie is 3 years ago and Hot Toys is still milking the collectors with the House Party Protocol suits. I am a willing milk cow. 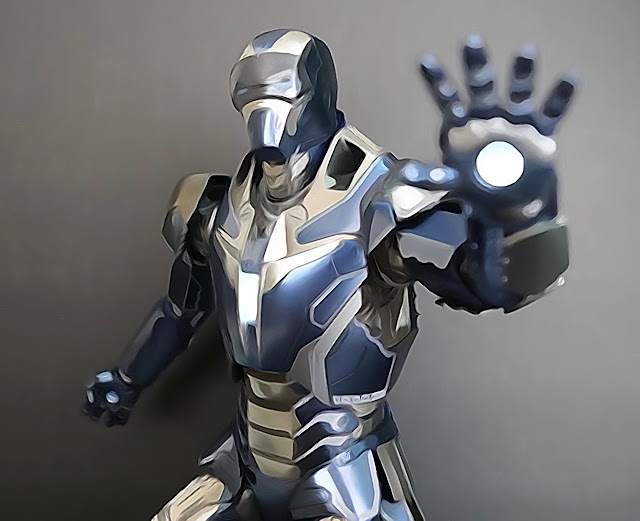 However, I am still rather selective in terms of which suits I get. The Shotgun is one of the those unique suits that I like unlike those mixed and match ones. 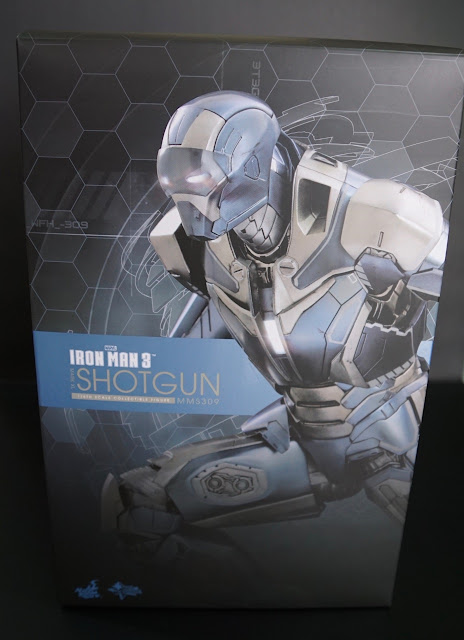 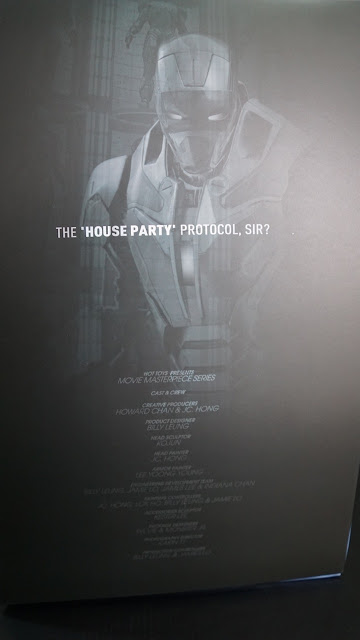 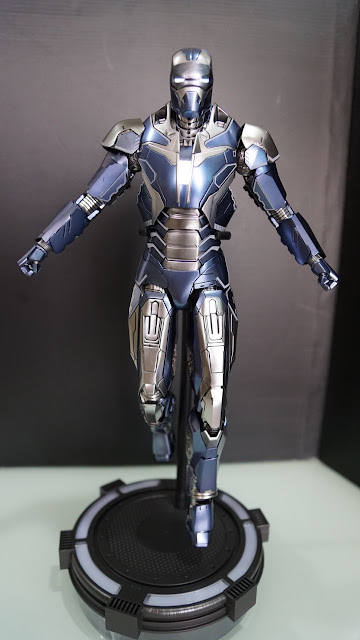 This suit is meant to travel in high velocity at a speed of Mach 5 but I guess it didn't quite go that fast in the movie as it got ripped apart by Aldrich Killian in 53 seconds of the screenplay. 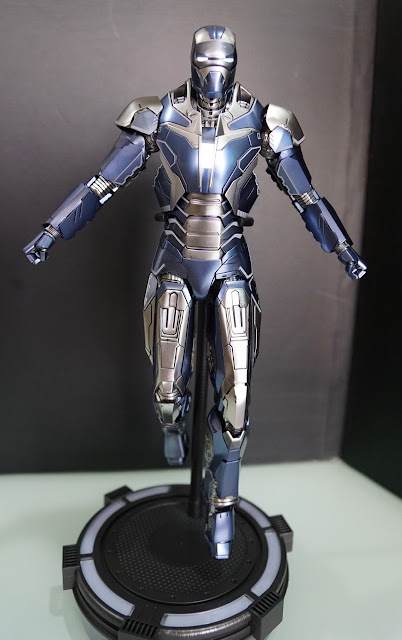 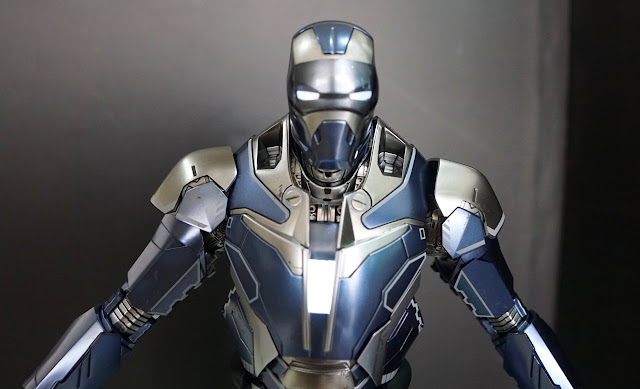 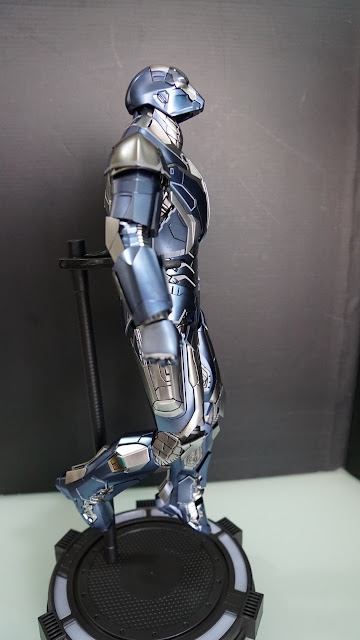 The neck articulation allows it to look up pretty much for a convincing flight pose. 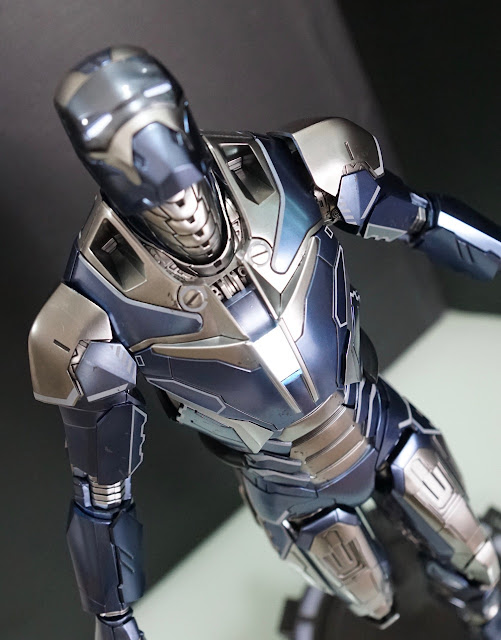 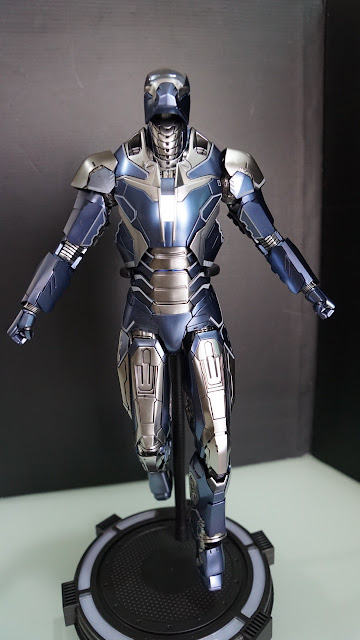 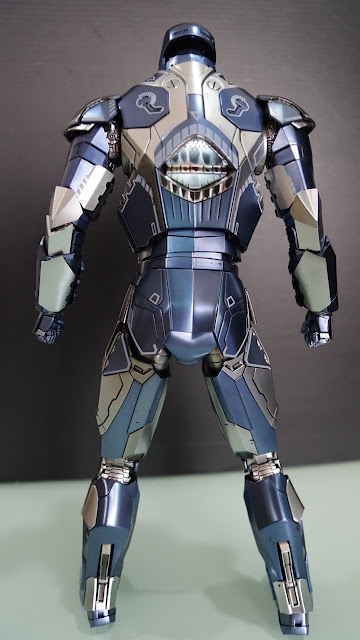 Like Starboost, it has LED lights for the booster which I dig very much. 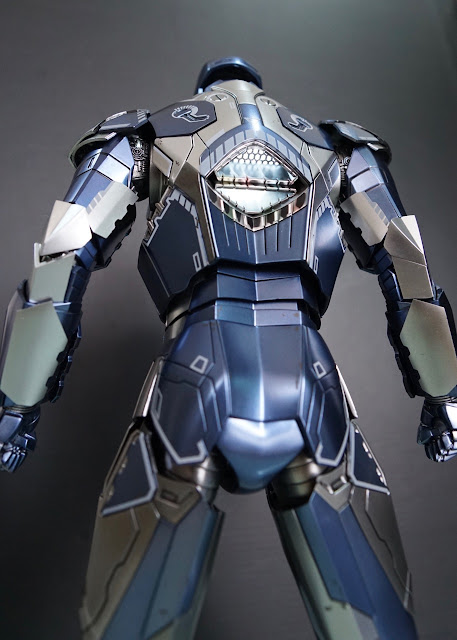 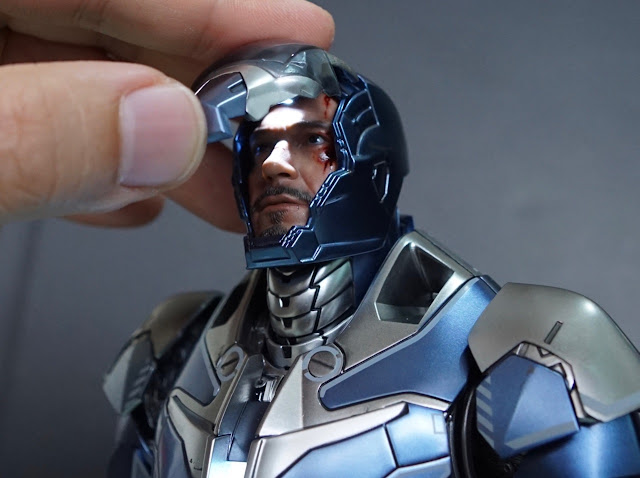 I fumbled with the head for quite sometime as I couldn't figure out how it works (lesson learnt is to refer to manual). It comes with Tony's head sculpt as in the movie. That's what made it confusing for me when I don't find another alternative head which Hot Toys used to provide.

How this work is the light comes on (around the forehead armor area) when the either of the faceplates come in contact with the head which completes the circuit. 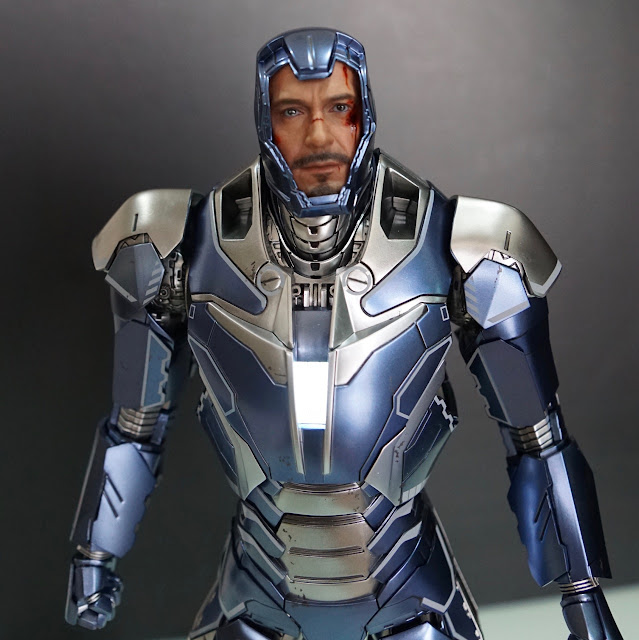 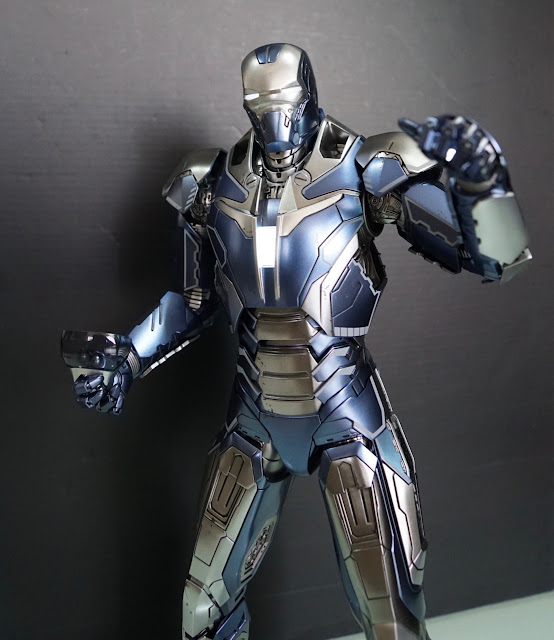 I had a good deal as the visor is removable. Not sure if this is common to all other productions. 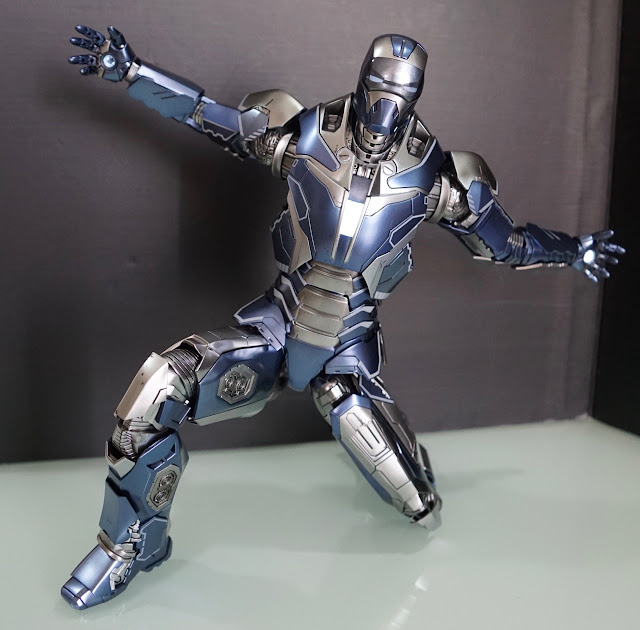 Articulation is decent but don't expect the landing pose though. 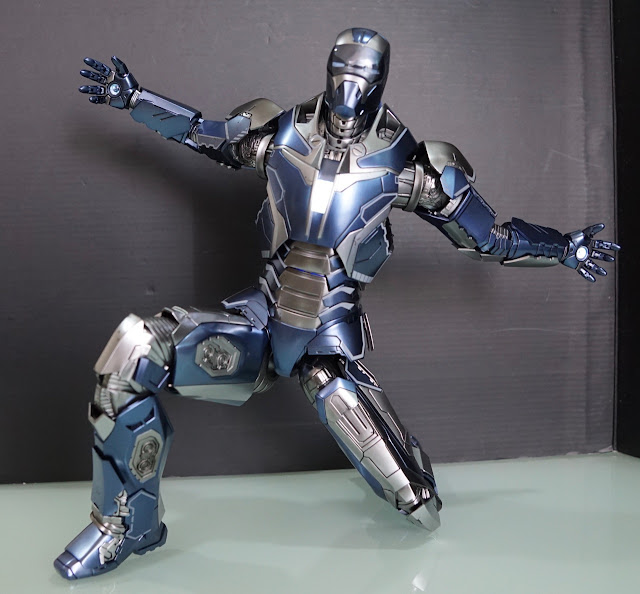 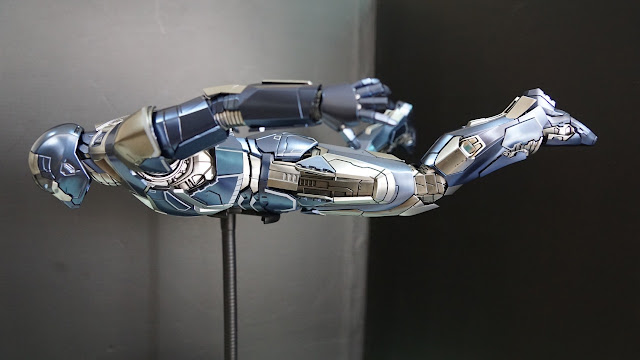 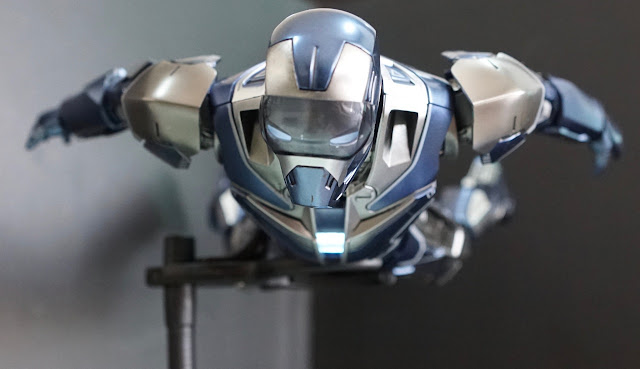 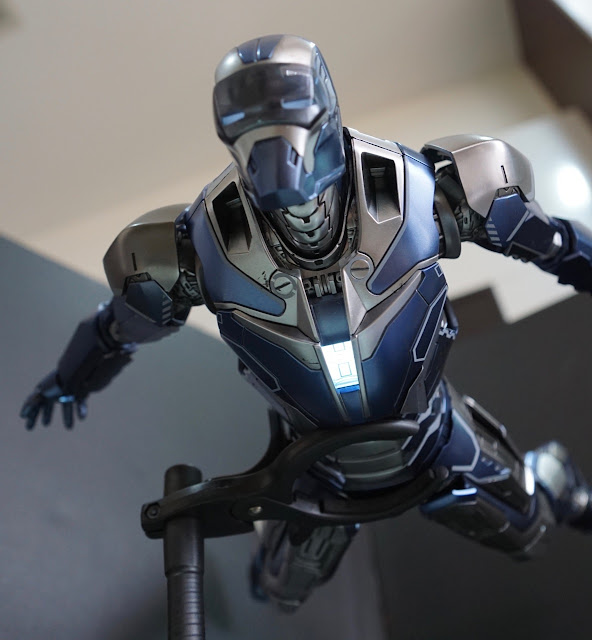 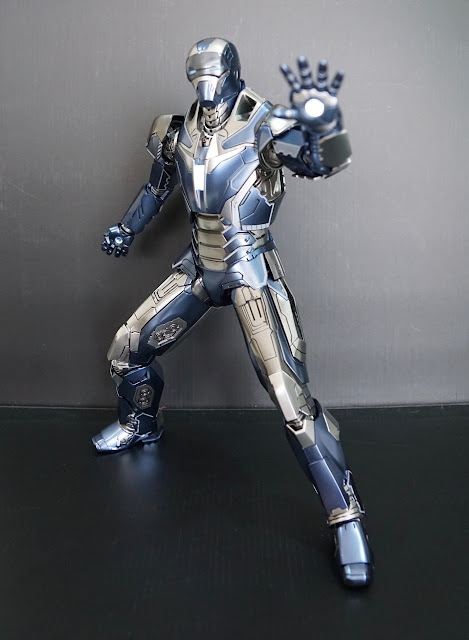 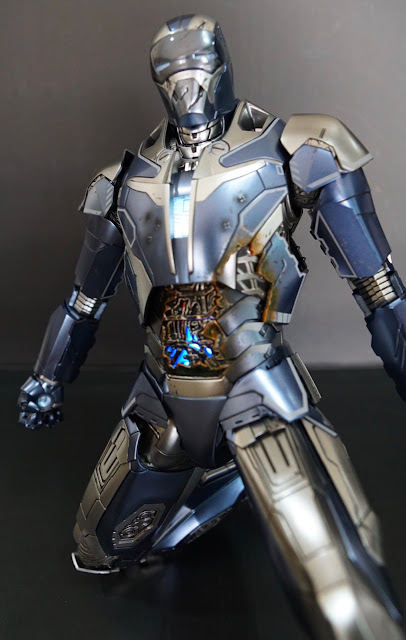 Battle-damaged parts provided and made this figure more worthwhile for the price paid. There is an addition LED in the abdomen area and is as in the movie. Good job Hot Toys! 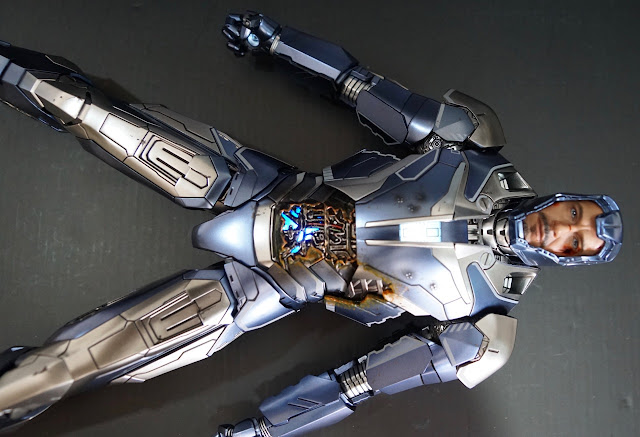 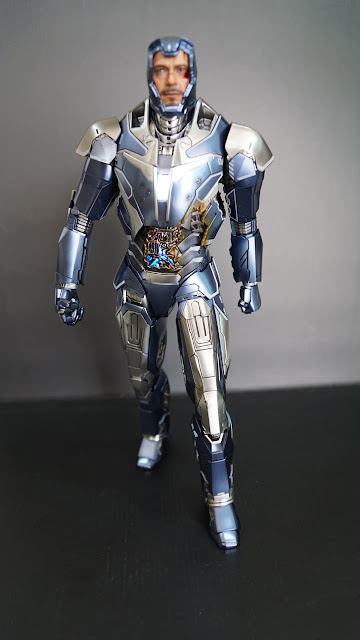 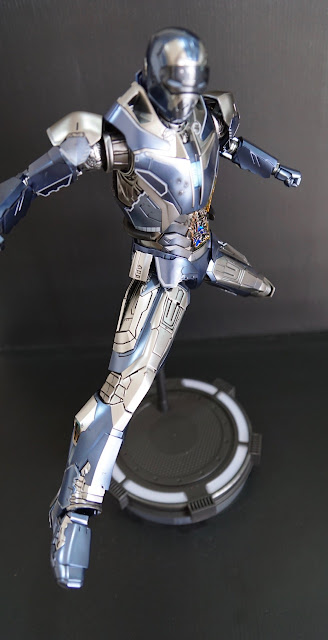 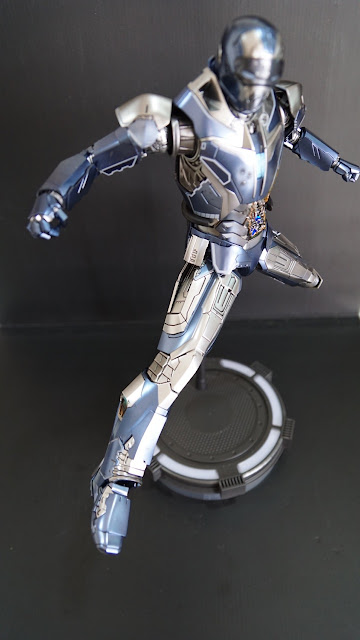 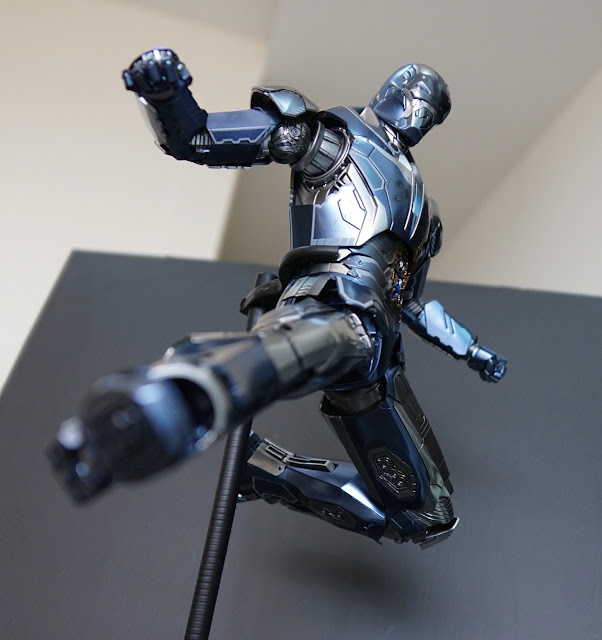 I had the initial jittery about getting this as space is really running out at home but I must say, I would have regretted it if I had gave this a miss.
Posted by Jonloh at 2:18 PM