It's been quite a while since I bought a Transformer under the Hasbro line. Have been seeing this character around under the Hunt for Decepticon line. Basically a milking line for kids and the price eventually dropped to $16.90. 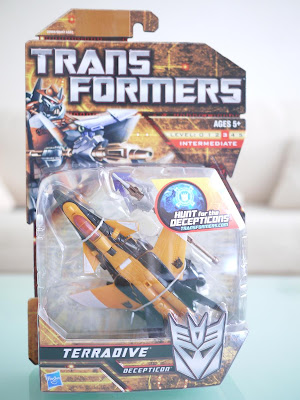 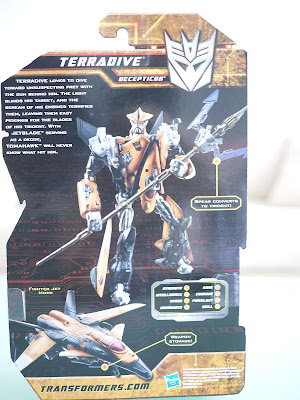 Terradive has been around for the longest time dating all the way back to Generation 2. So, it's sort of like an old Decepticon guard thus, the old and wise looking face. 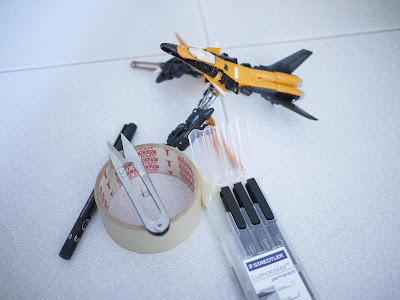 The real motivation in getting him is not because of the cost but I wanted to repaint him as I find his color scheme too family guy, like Homer Simpson. 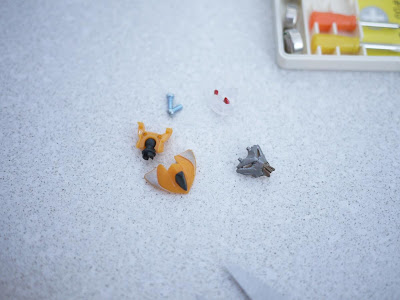 Took out my trusty set of customization tools which are everyday tools like masking tapes, markers, screw drivers, spray paint and primer.
Taped all the parts that I like the color to remain and some dis-assembly required for the rest. 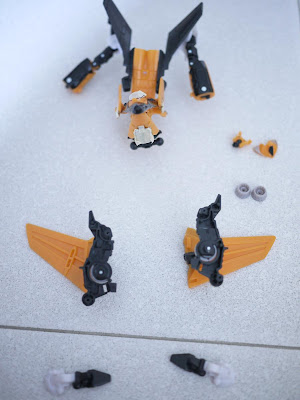 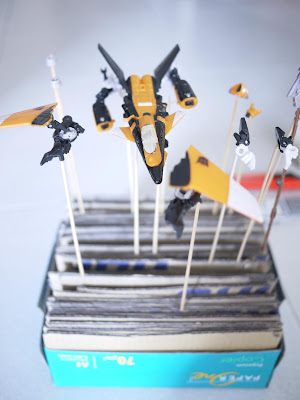 Propped up the parts and out I go for some spray painting. The color of choice; BLACK of course! 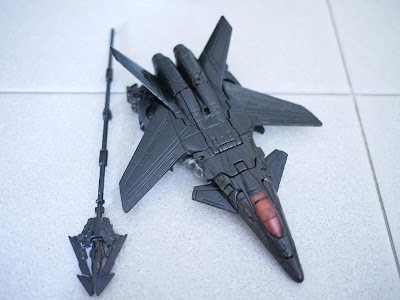 Finished product is somewhat satisfying and somewhat is because I did not exactly put in a lot of effort and so some parts are unevenly painted or unpainted. 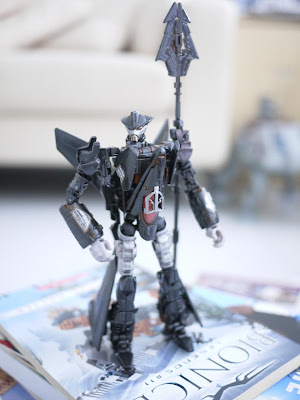 The result: Terrordive is borned and he looks mean. Now, that's the power of color! 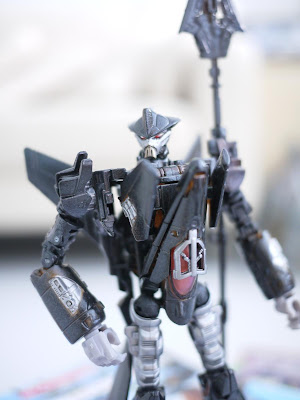 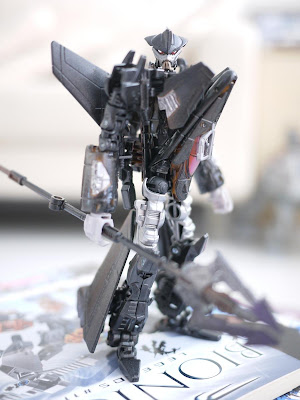 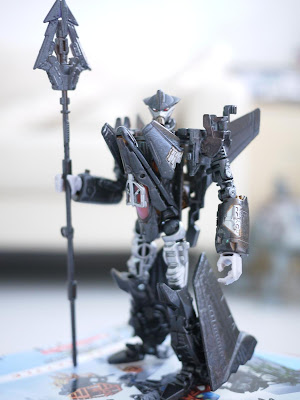