Sideshow really knows how to disappoint and with Disney's acquisition, there is no improvements at all. 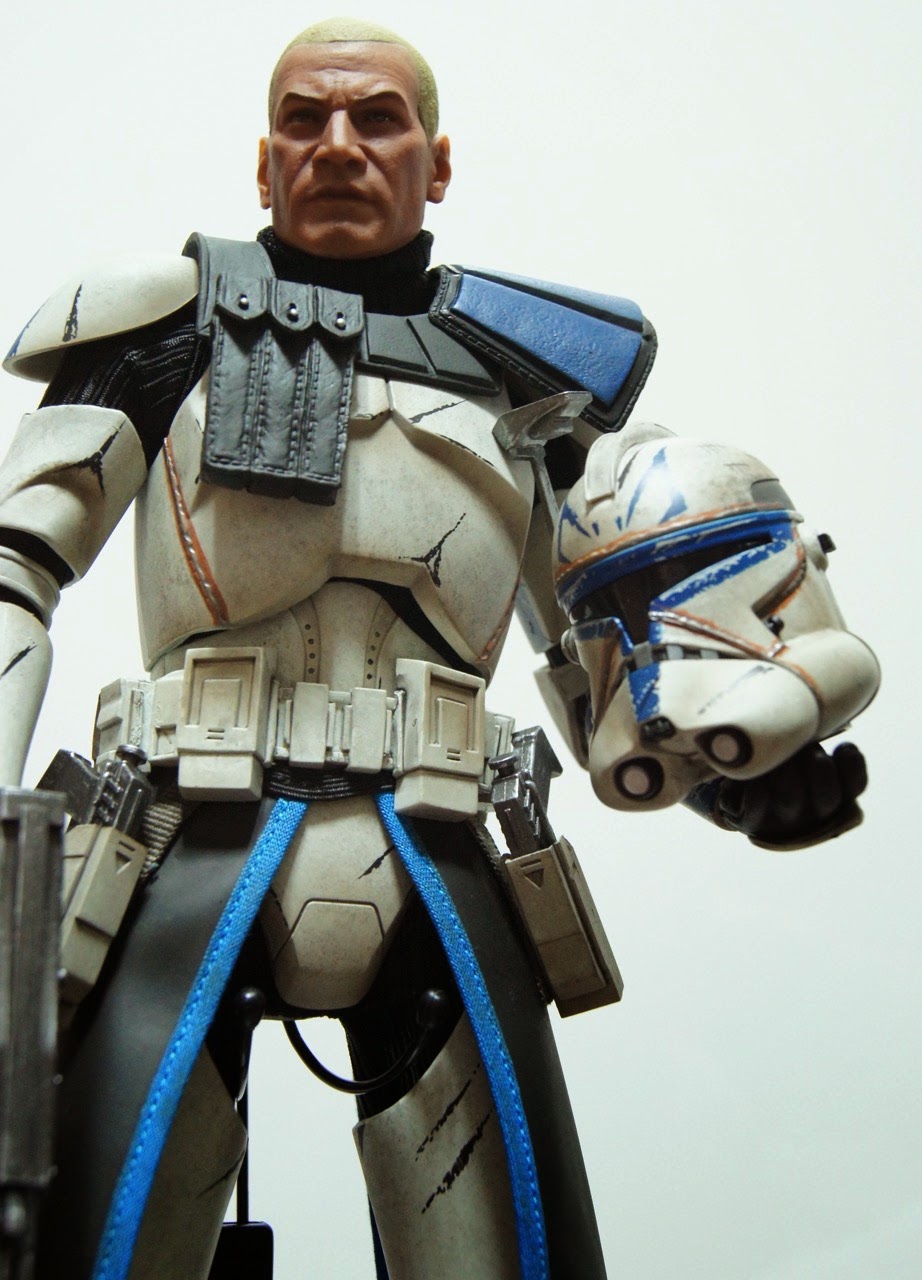 This is Phase II version of Rex and I had the Phase I version back in 2011.
I got this simply for the Phase II helmet and frankly speaking, the weathered look doesn't really appeal and I am regretting this purchase. 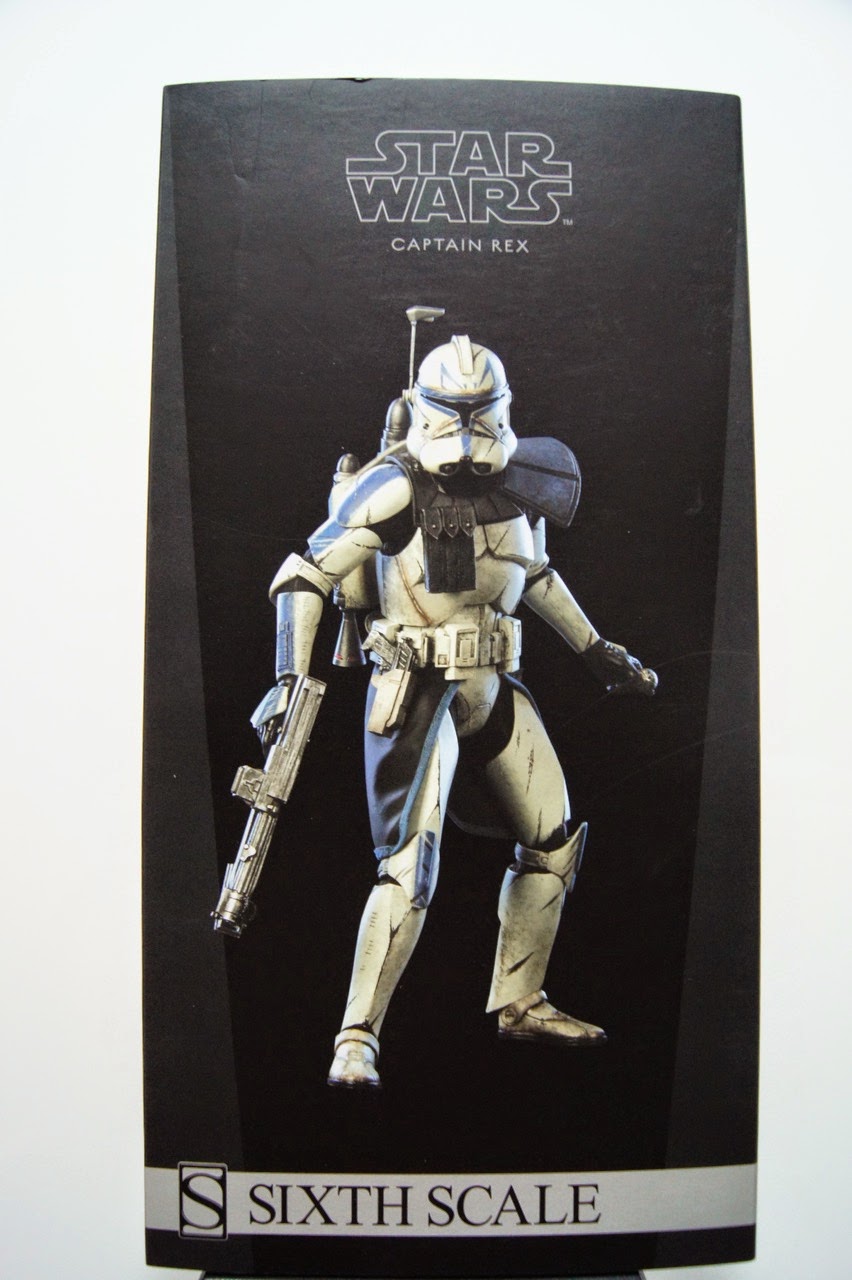 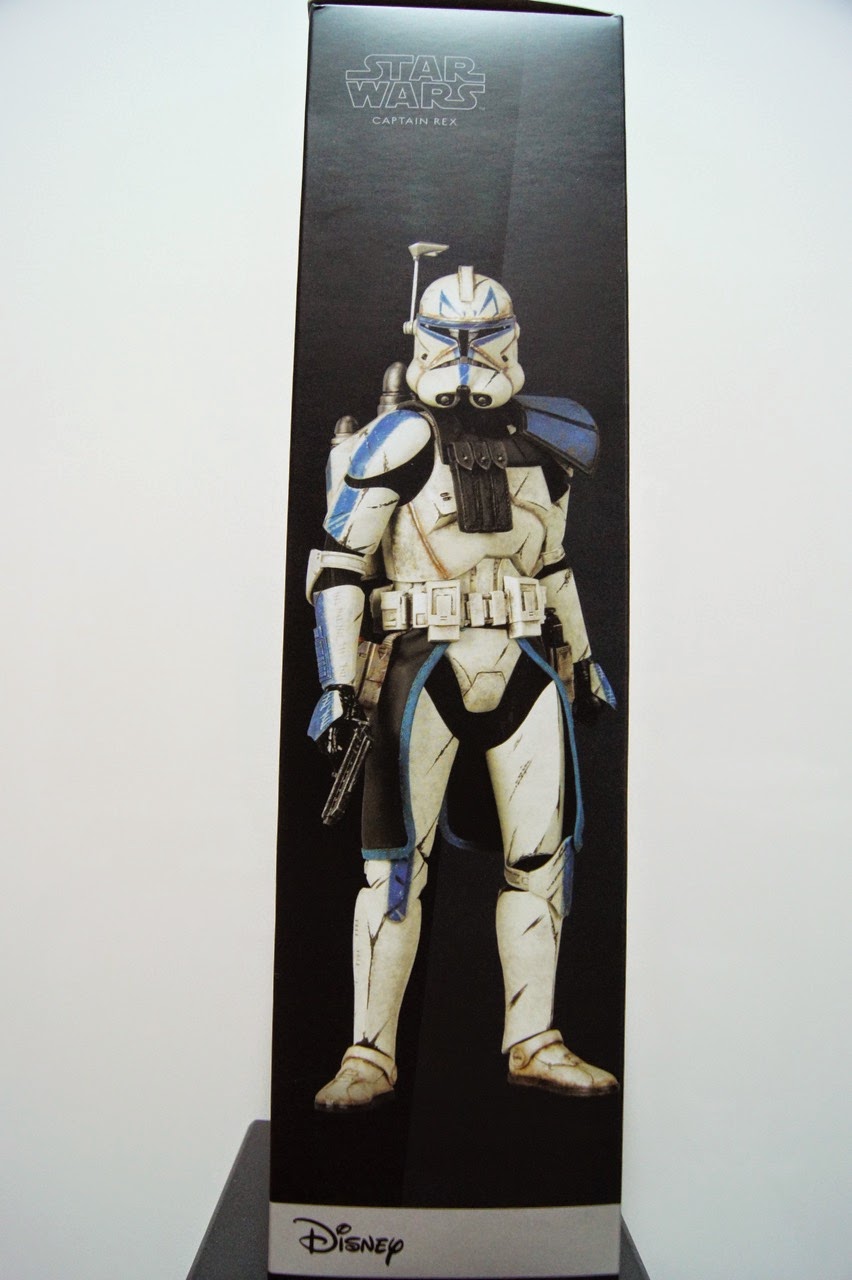 The packaging is no-frills and the only addition is the indication of 'Disney' and the subtraction of the story of Clone Captain CT-7567. Well, the packaging is already in the bin as I typed this post. 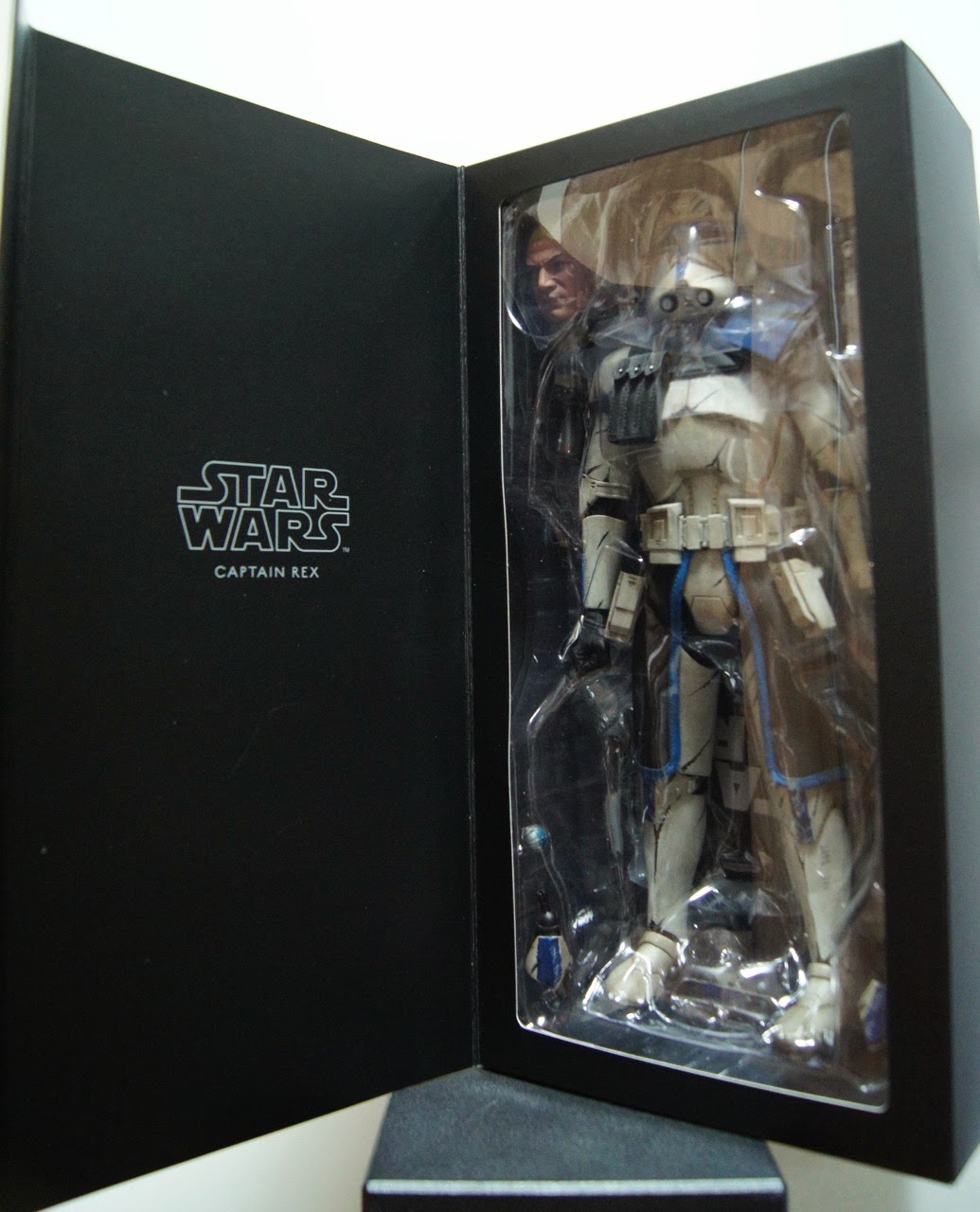 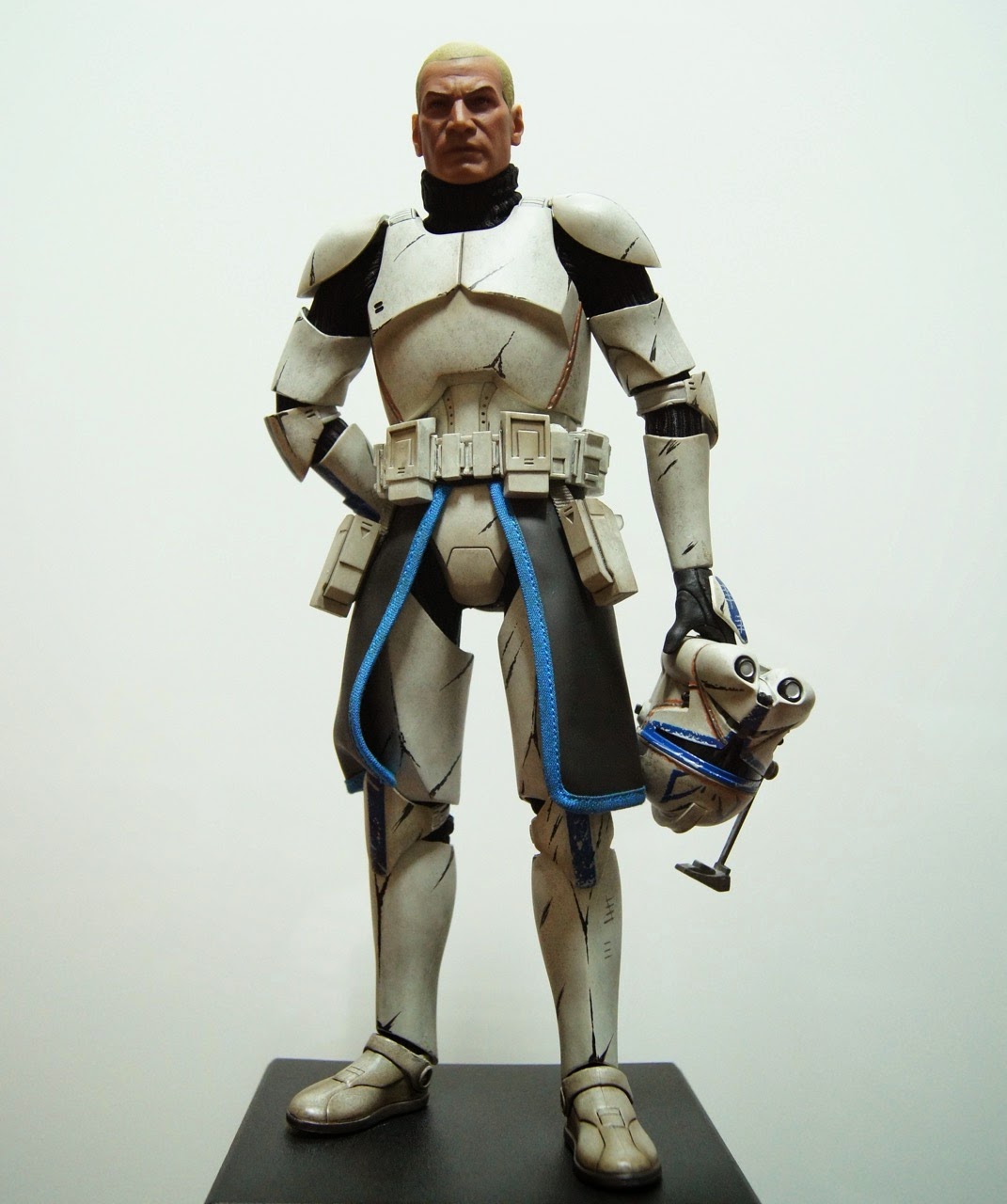 The head sculpt of Rex shows a more matured Rex and the overall paint application is the same color scheme with more battle-worn effect. 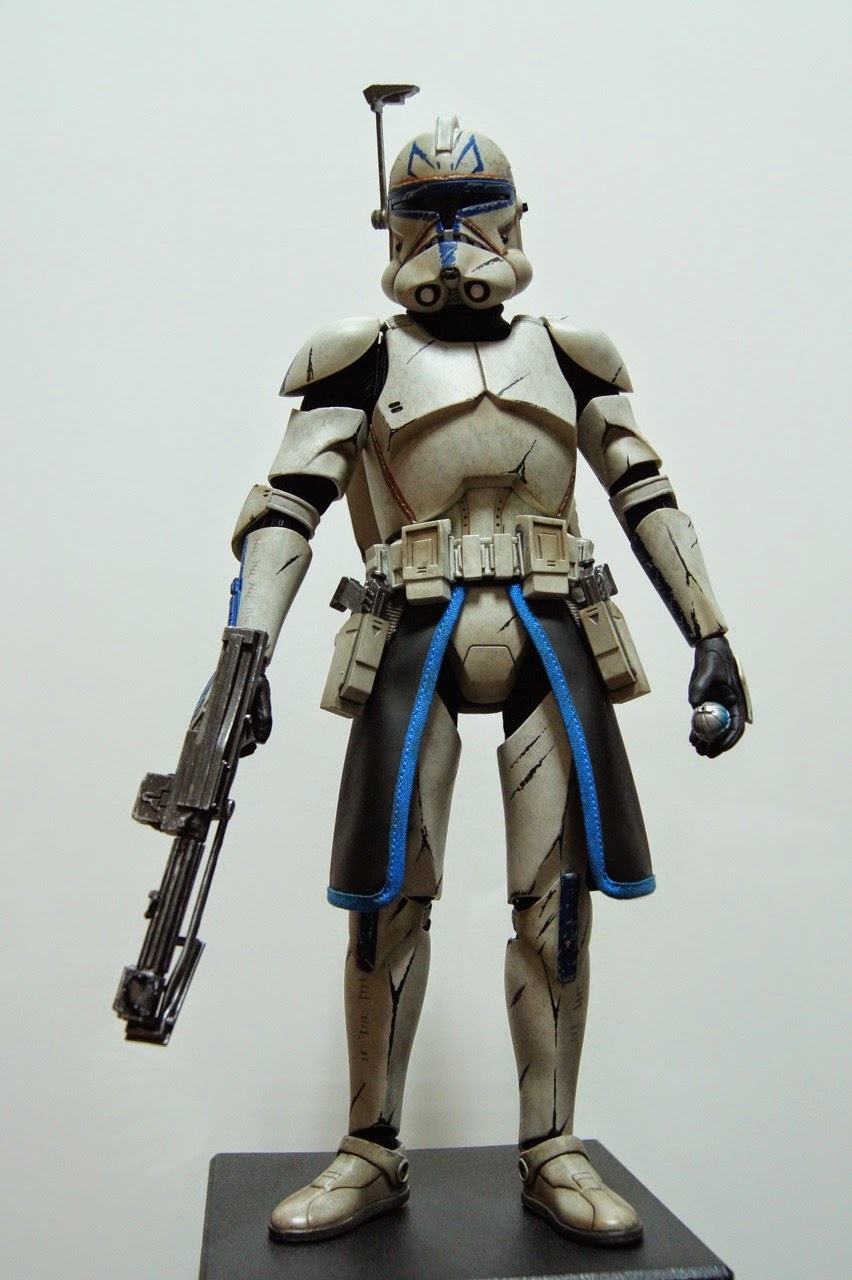 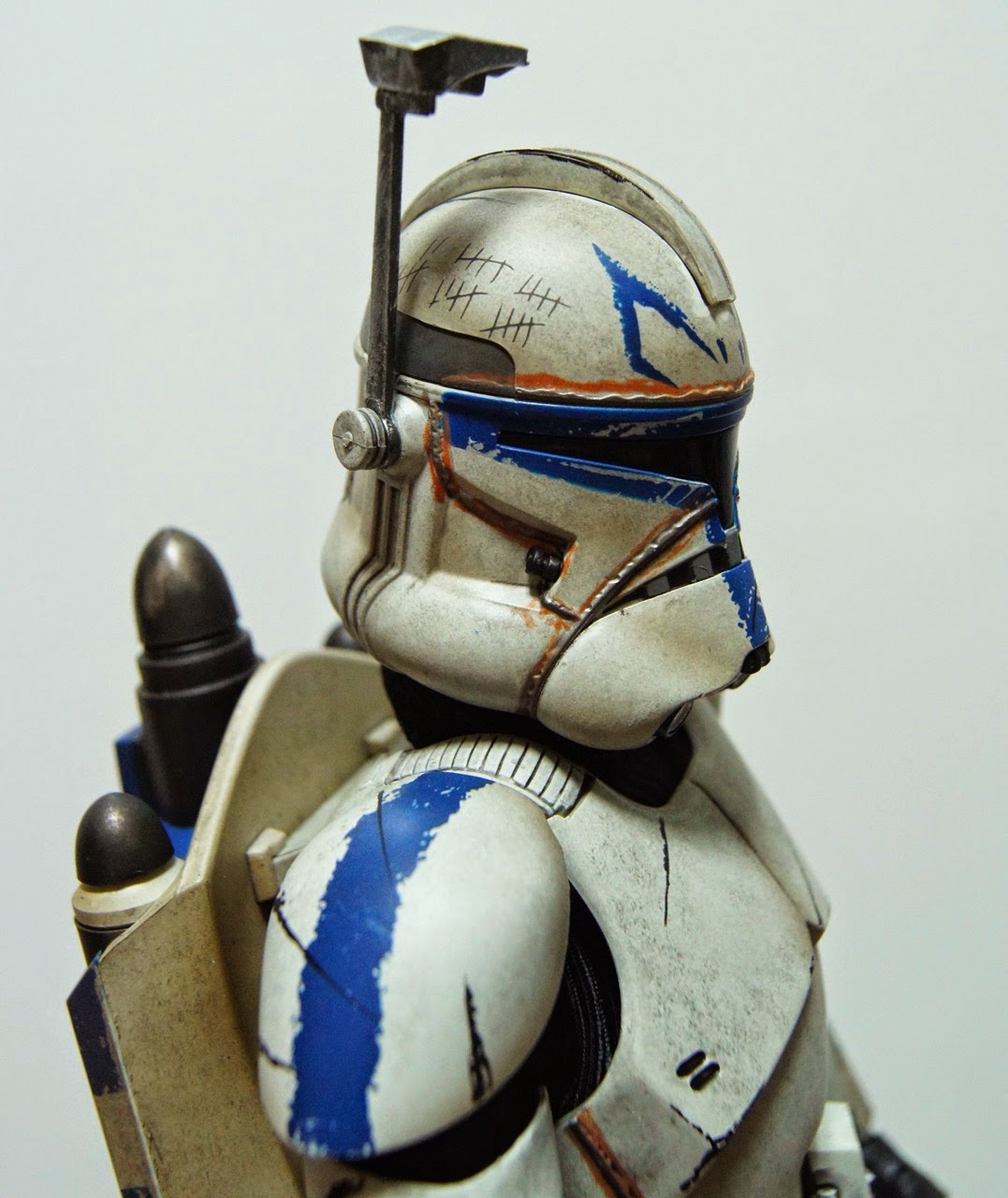 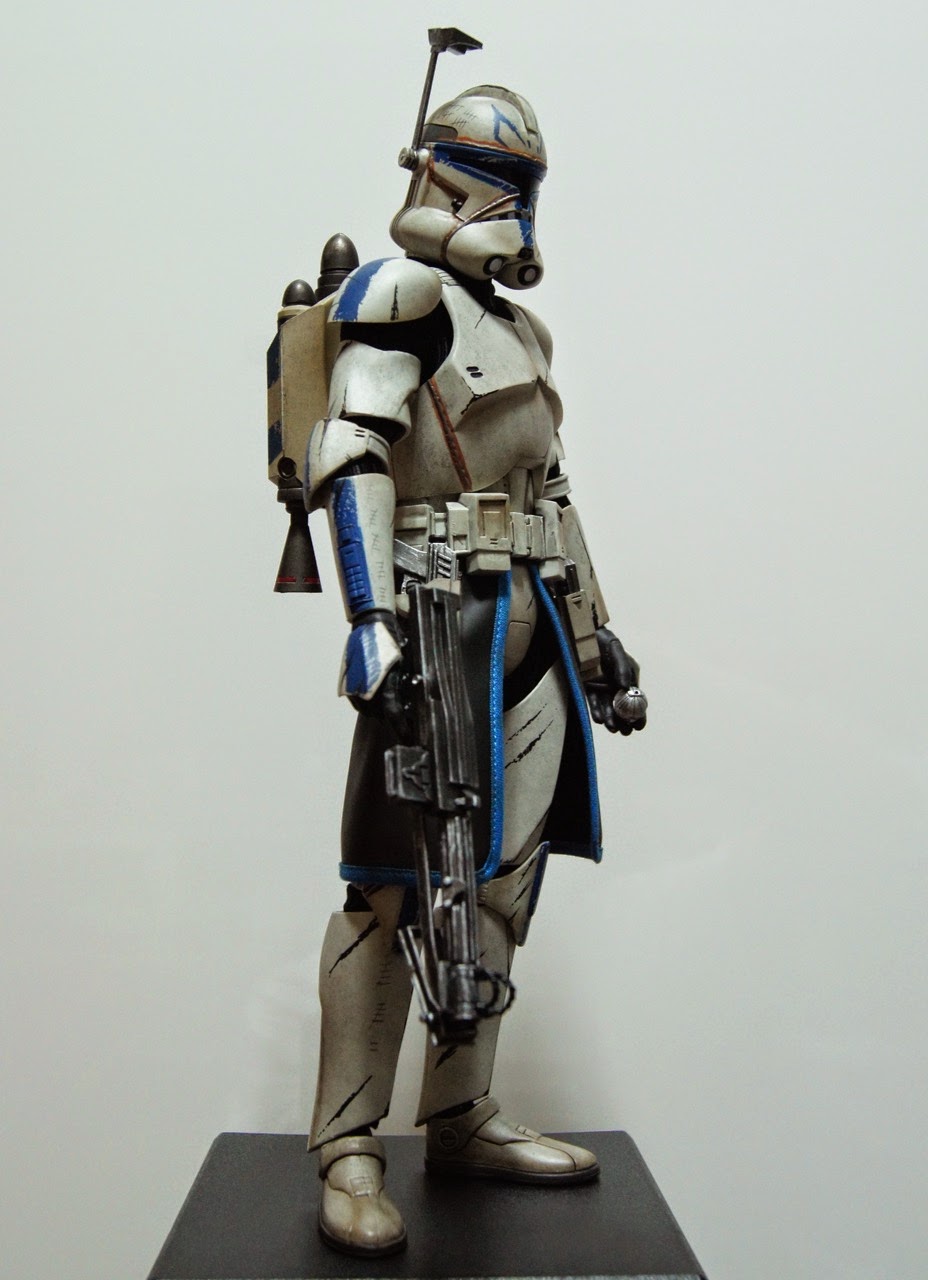 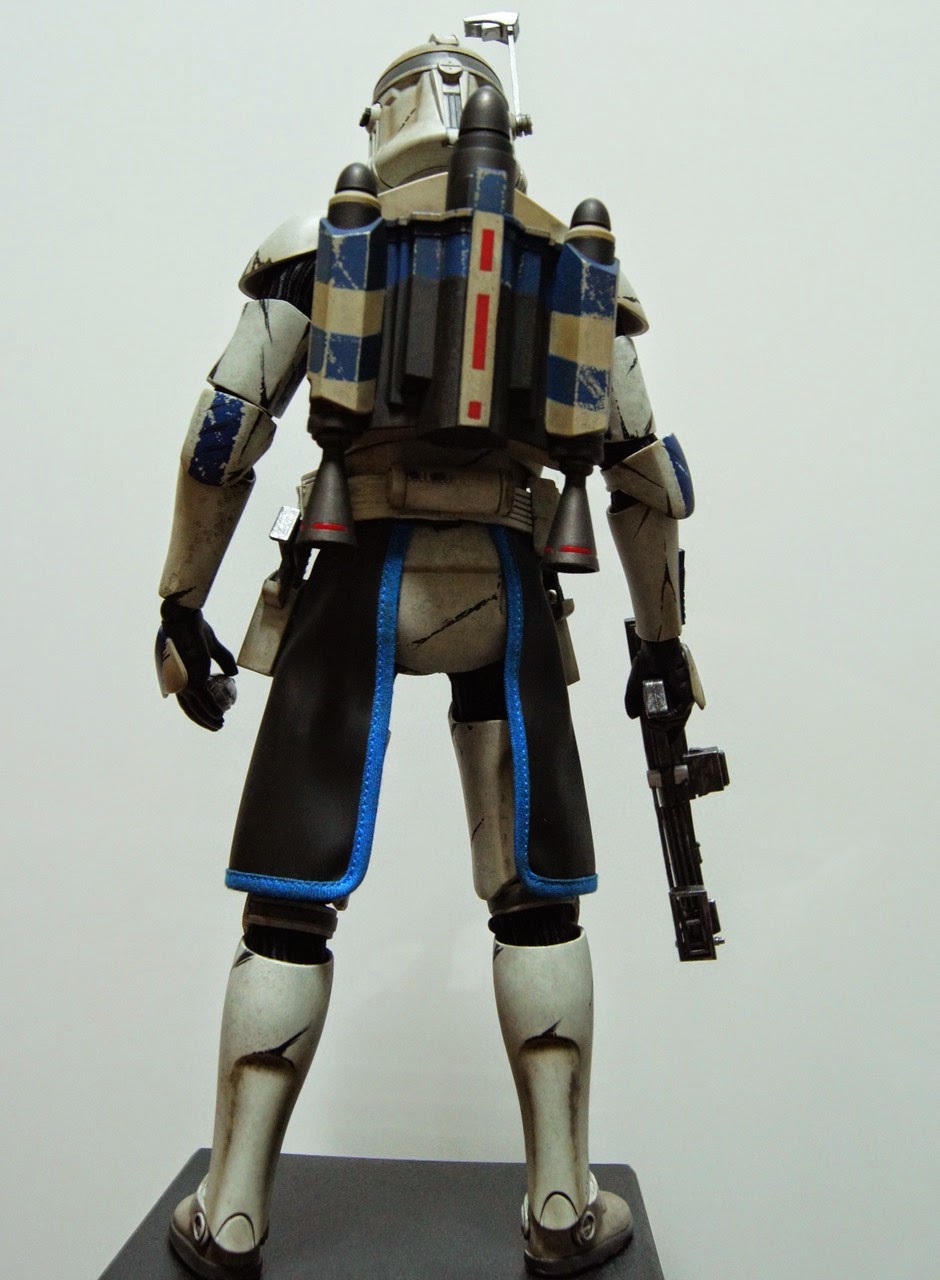 The magnetic rocket pack is also no-frill with no moving parts. 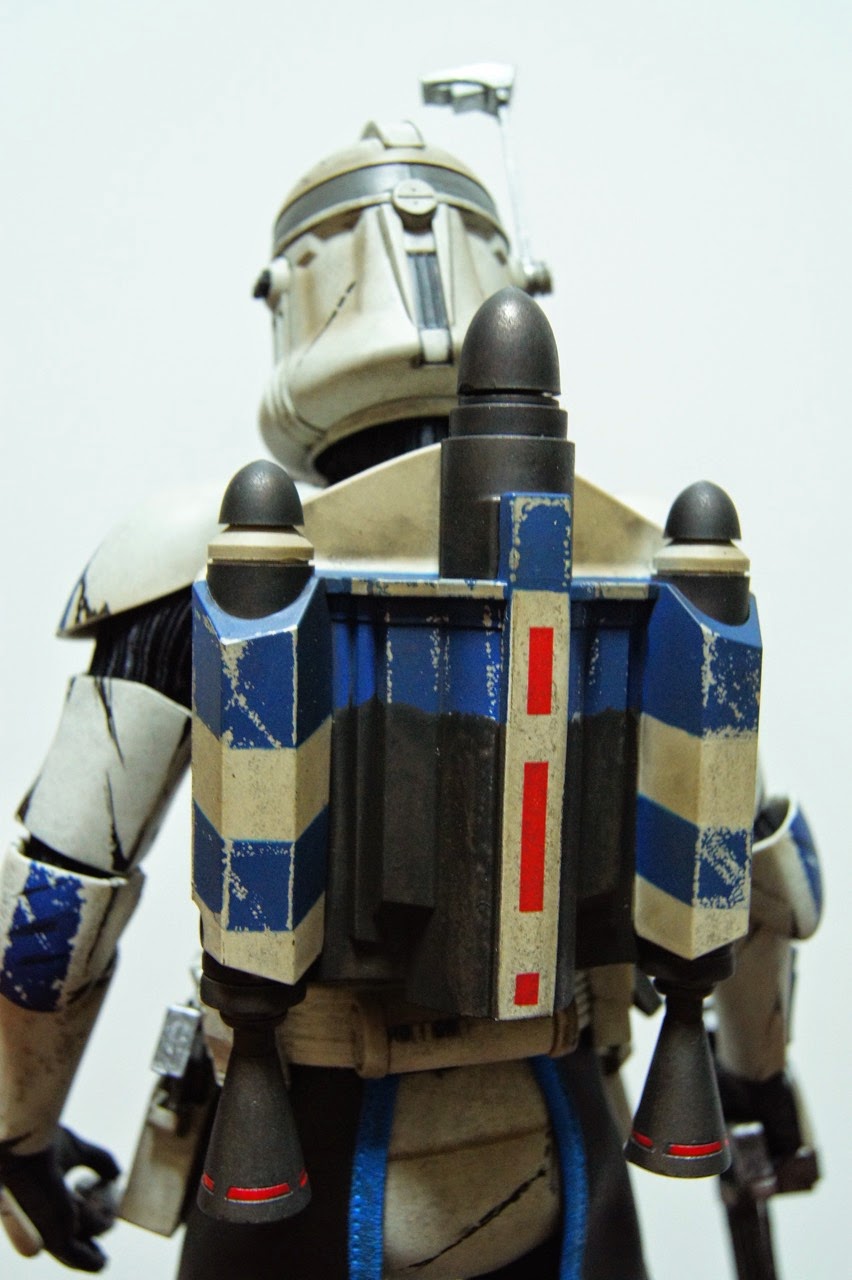 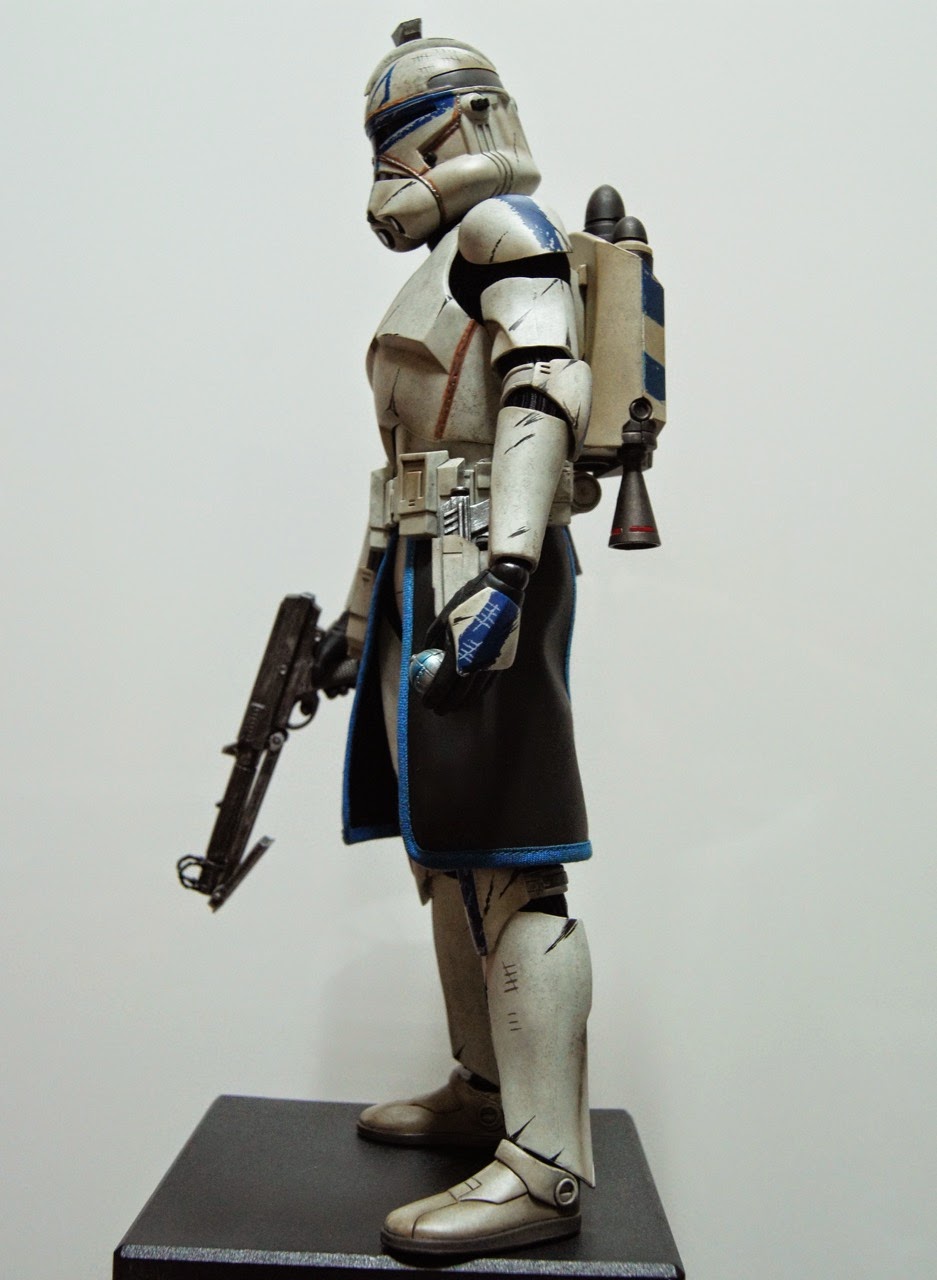 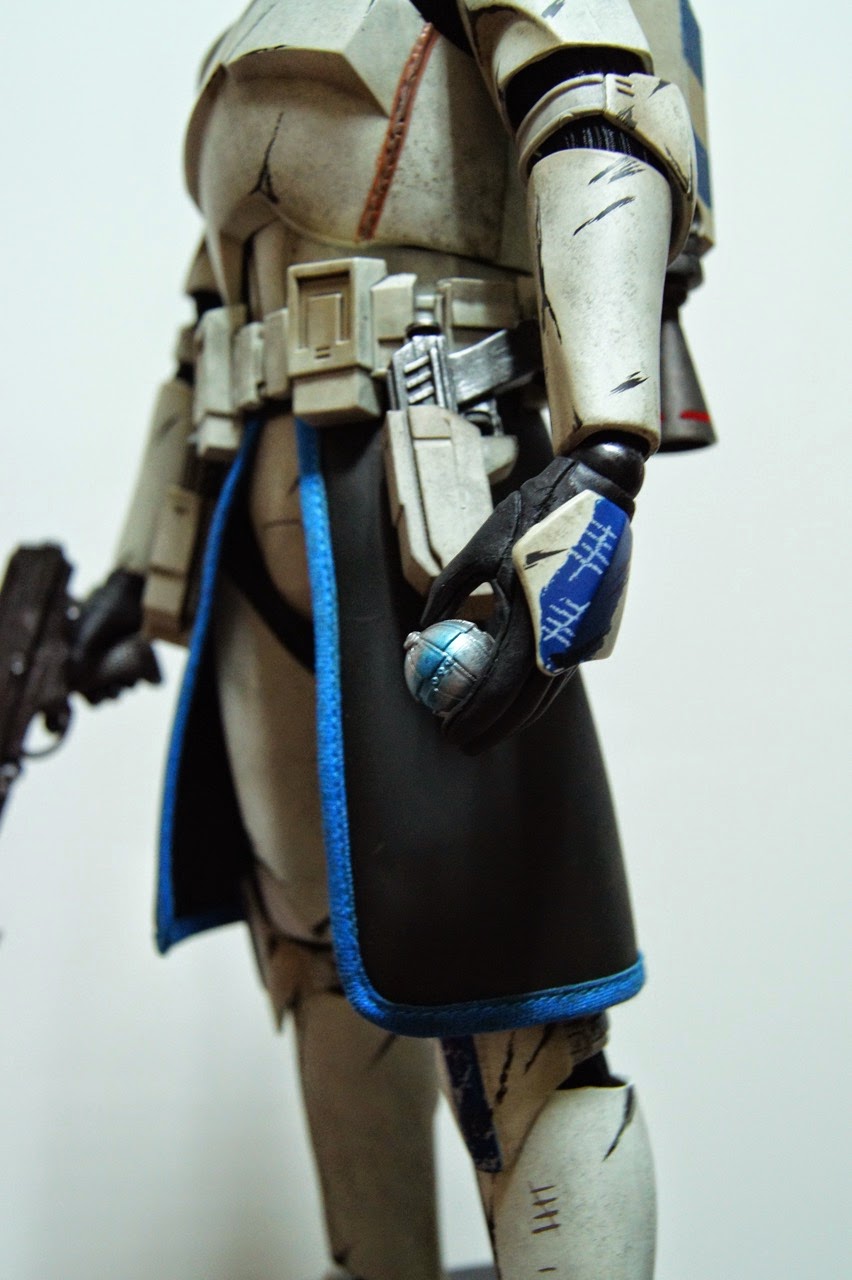 The kill tally is on both his hands, both sides of the helmet and right forearm. 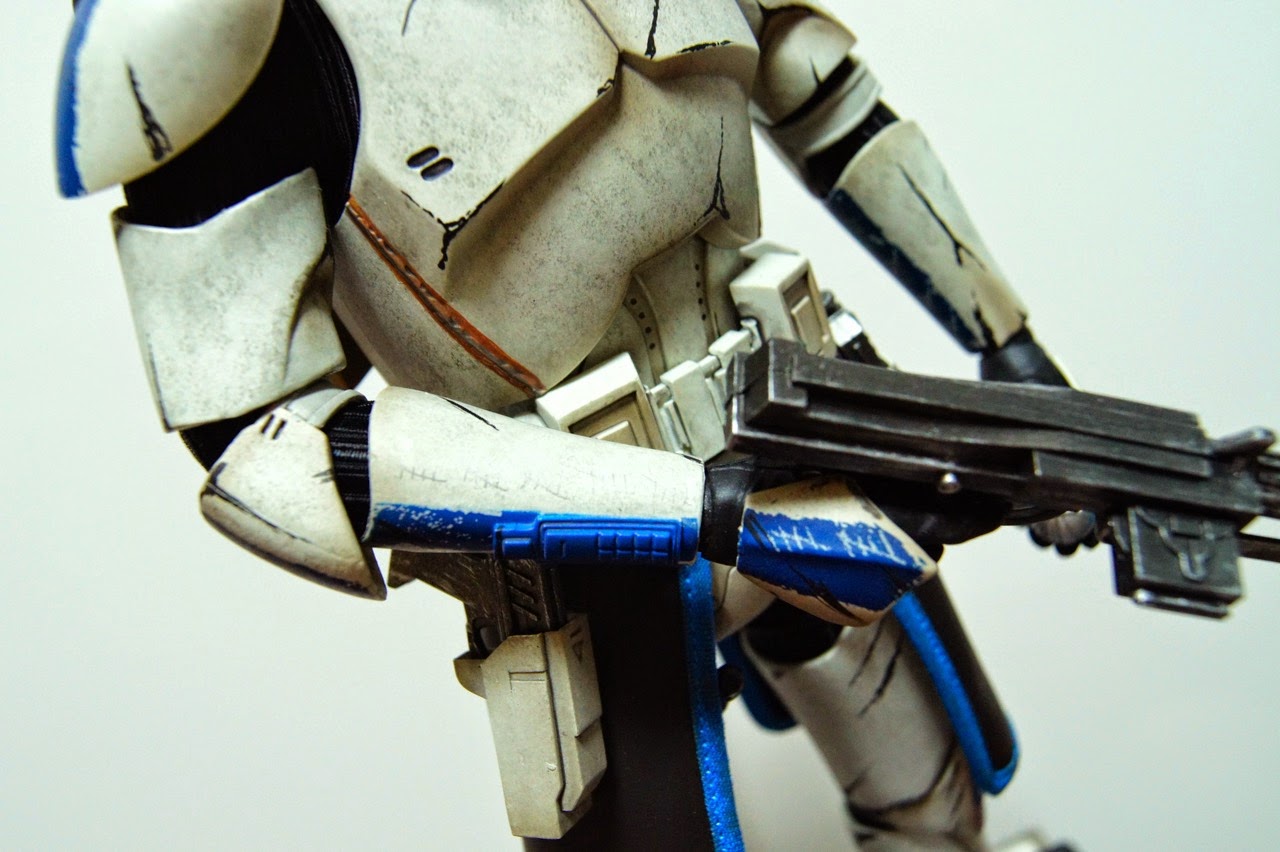 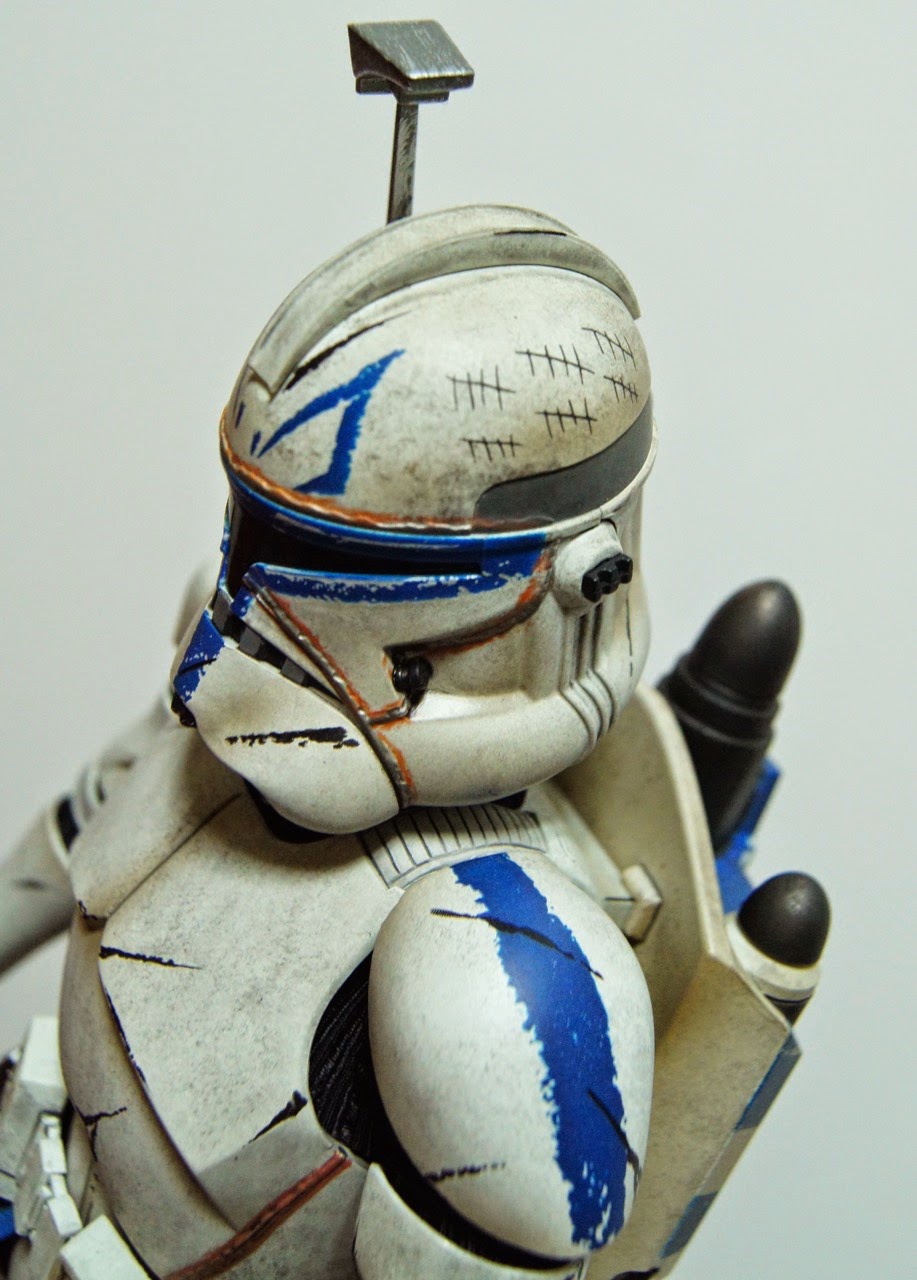 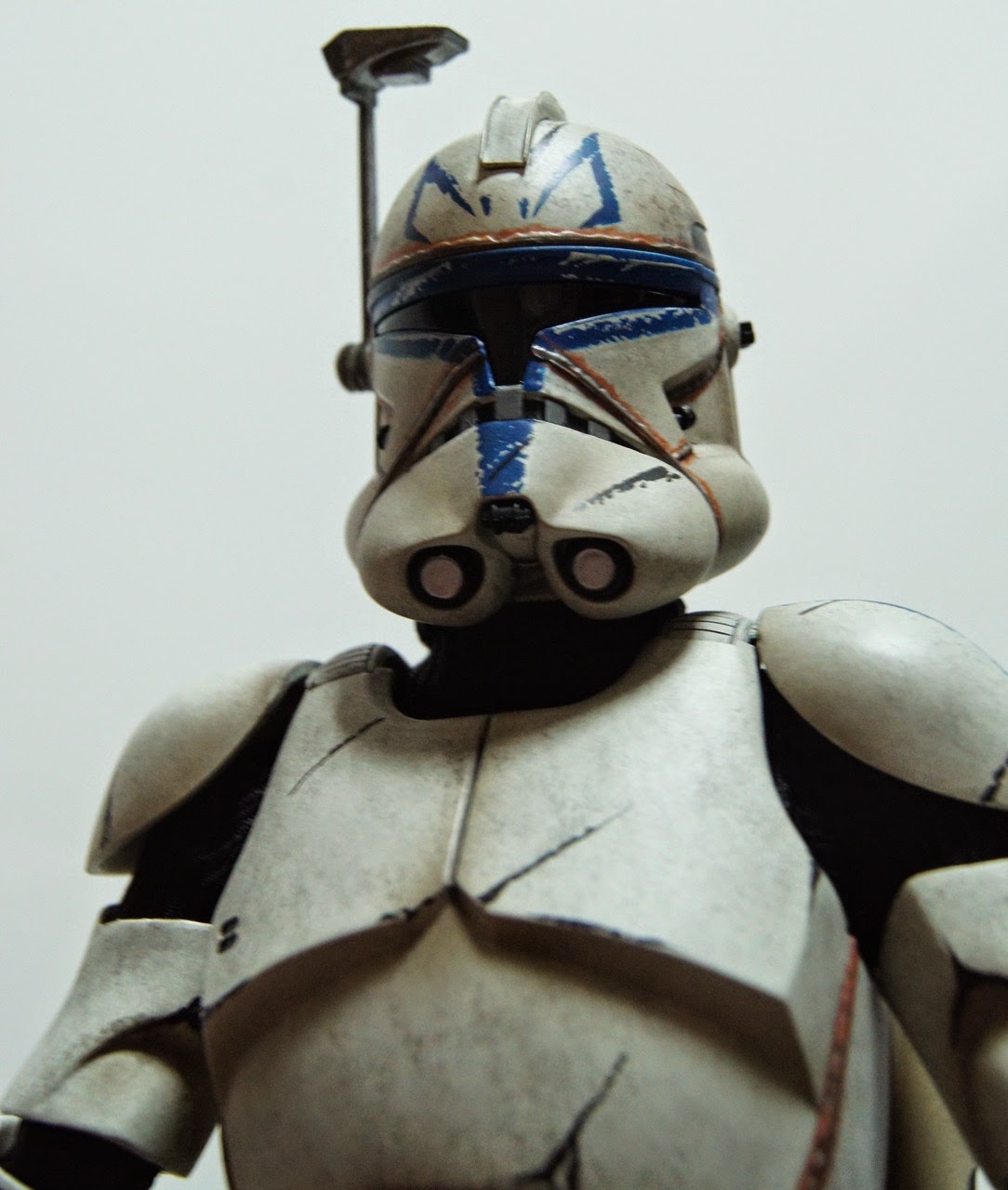 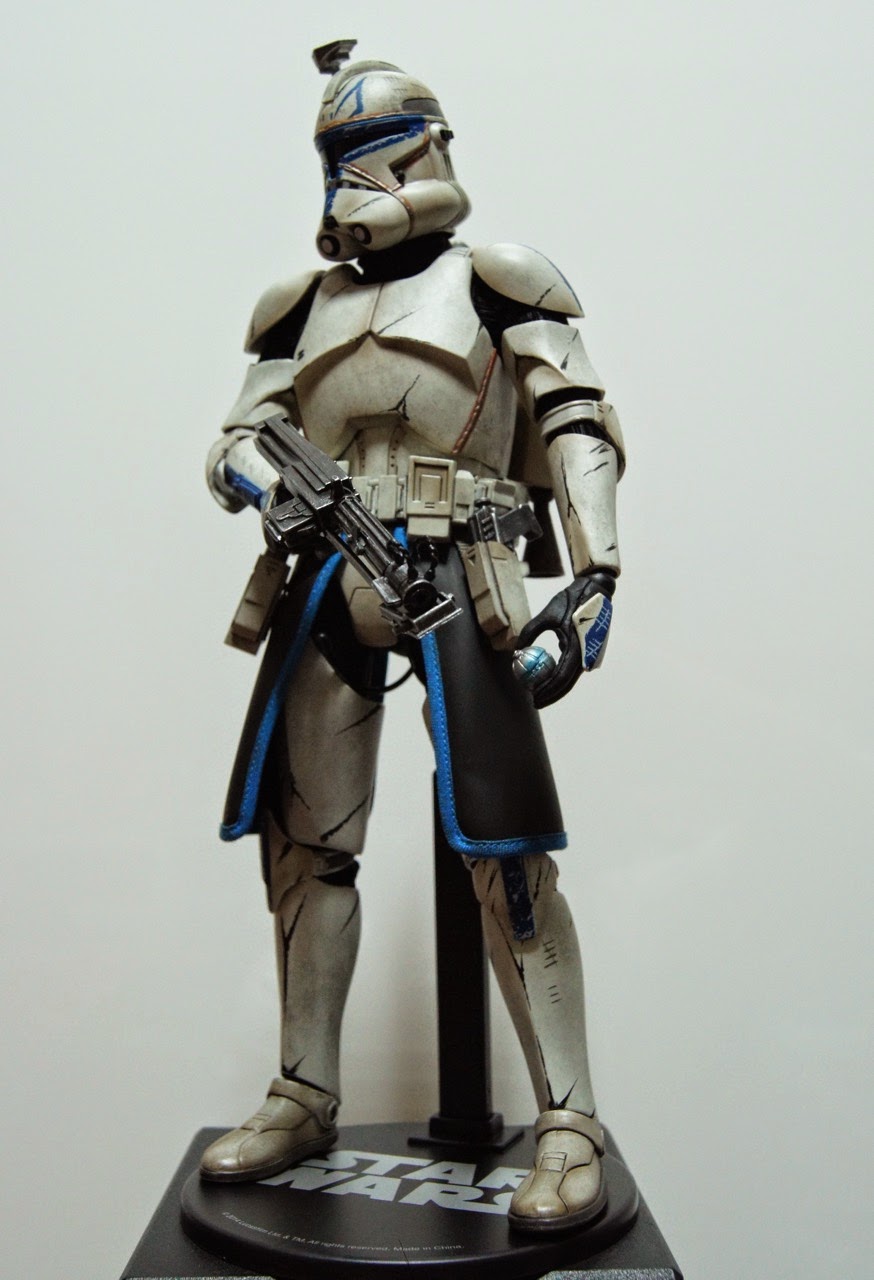 The only way to stabalize this lousy Prometheus body is with the display stand provided. It has been a disappointment every time I handle a trooper and with the price of Sideshow going up, there is no point paying money for inferior products. 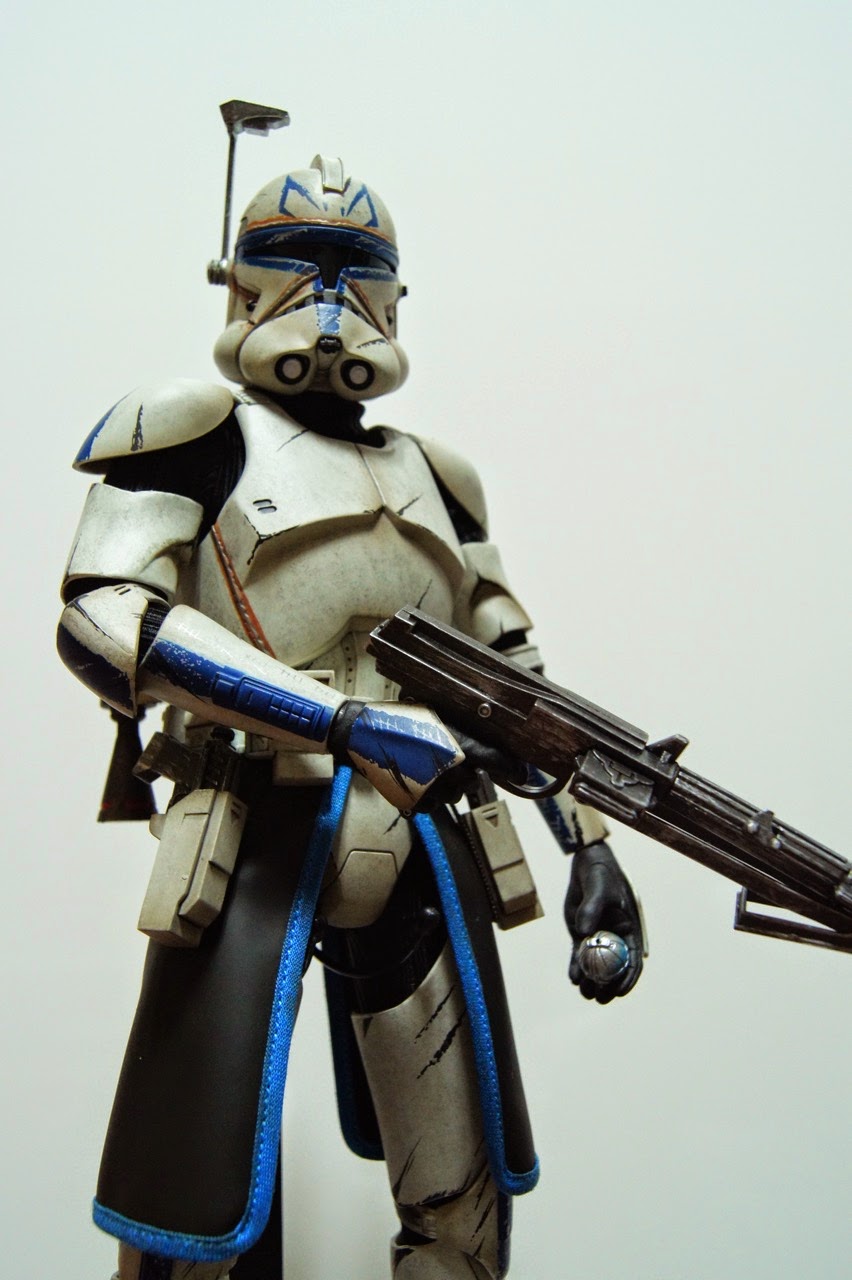 I was so vexed by Rex that I did not put on his Pauldron throughout the shooting. The picture below is more Rex looking while those above is more of 501st Legion Trooper look. 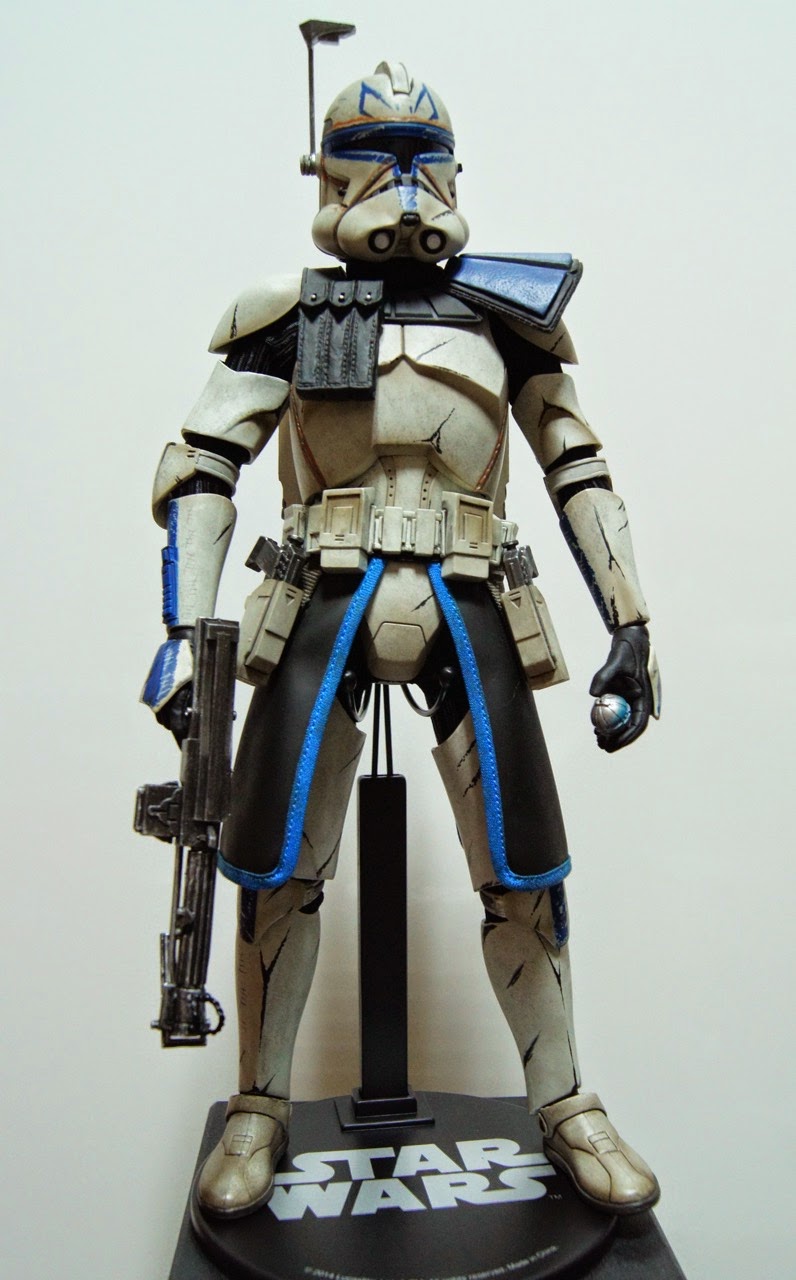 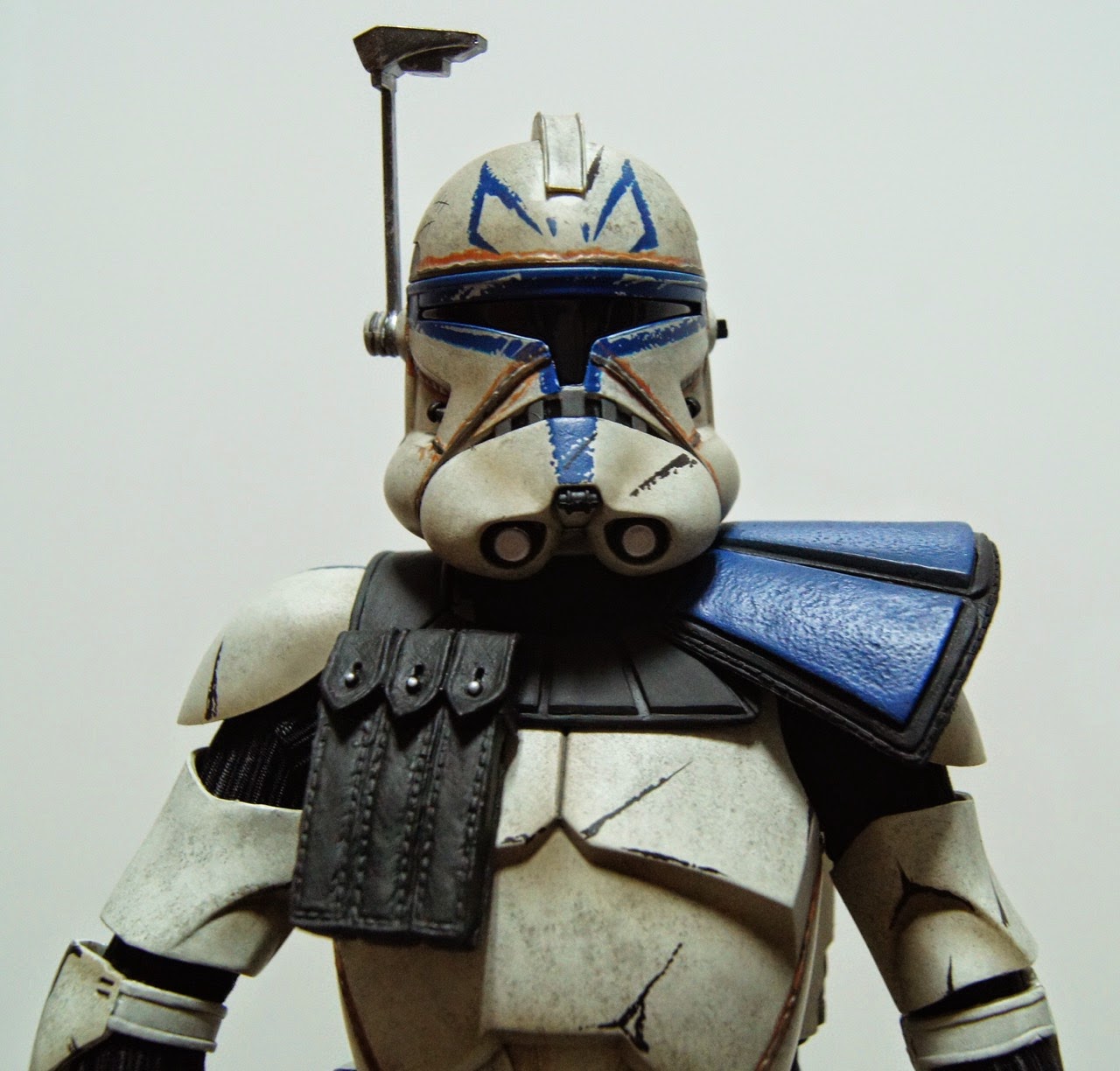 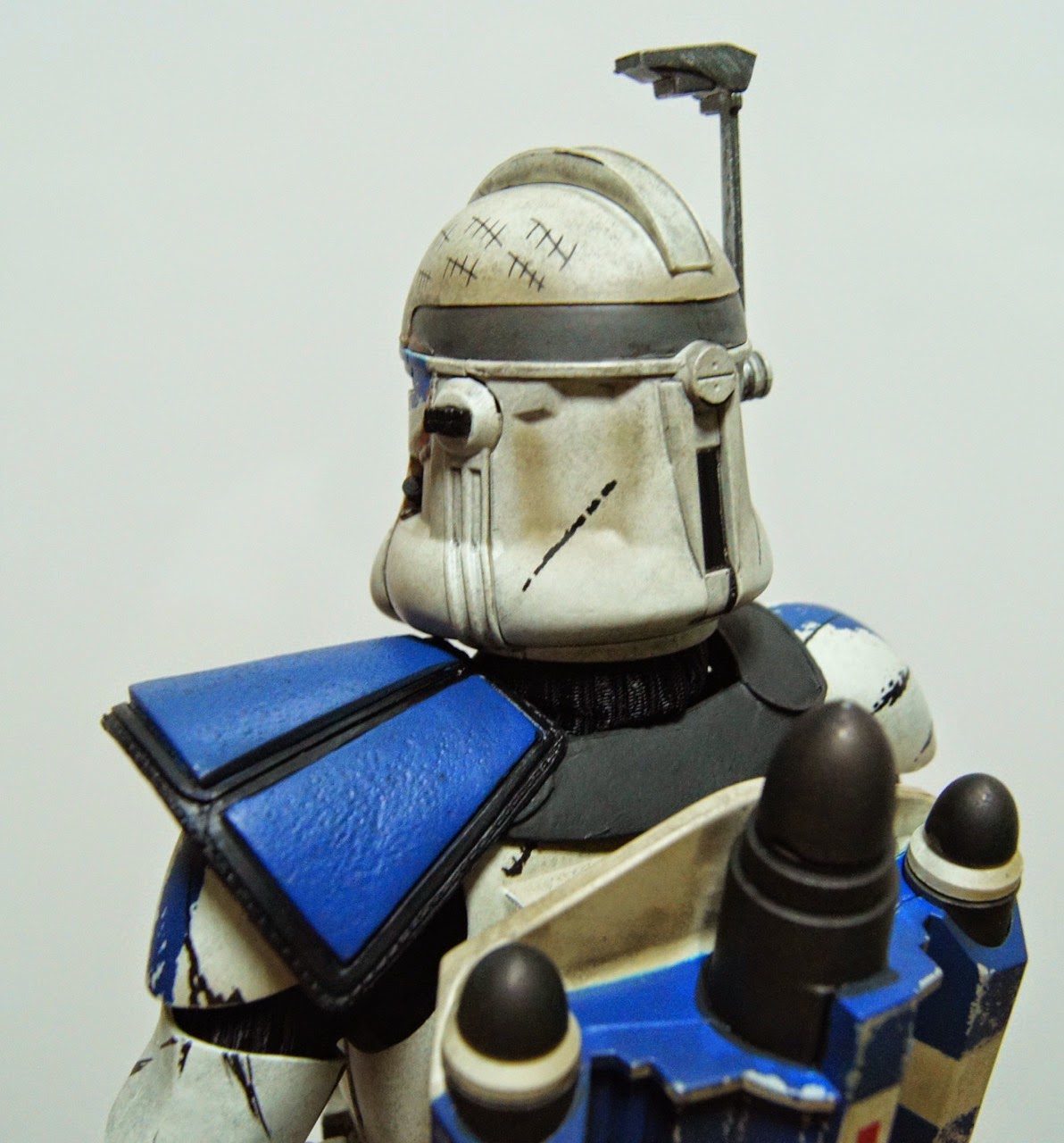 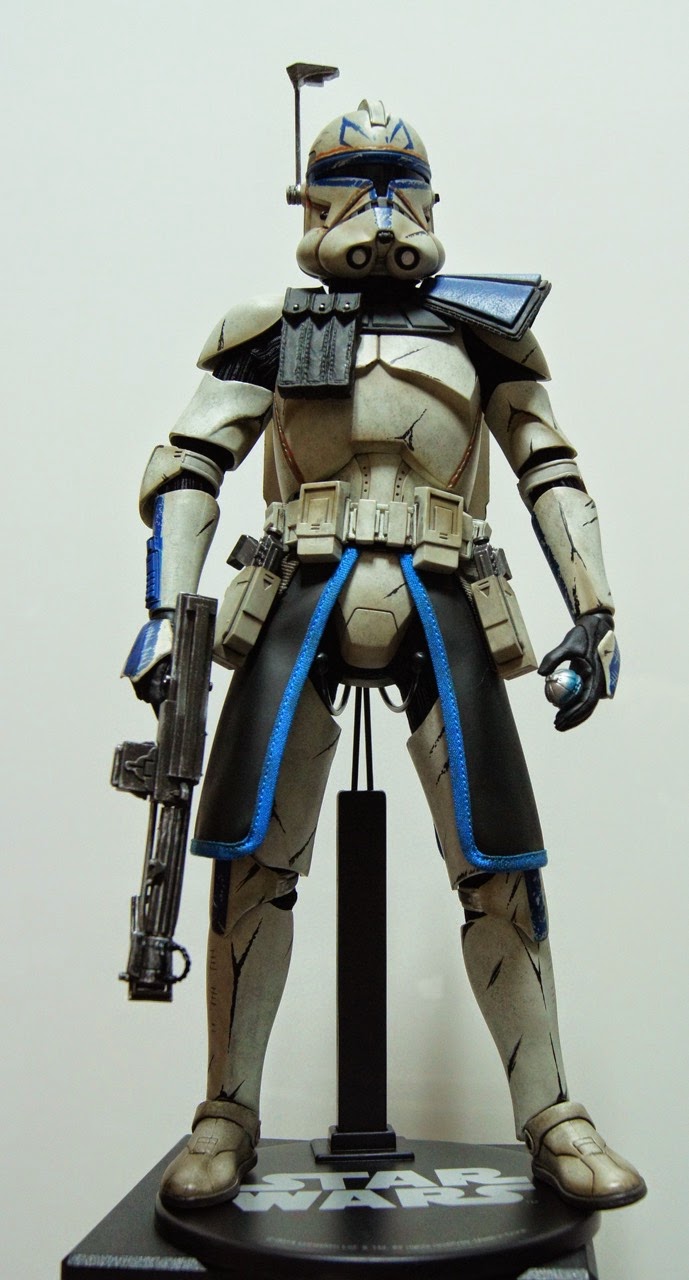 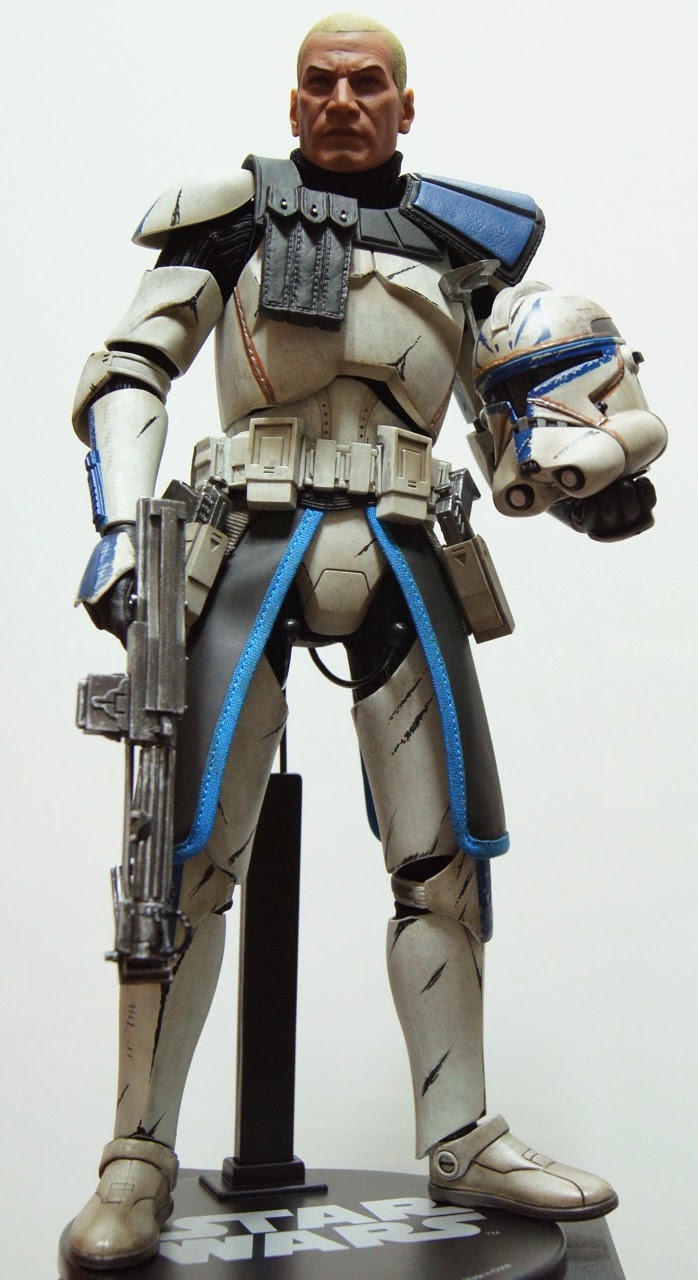 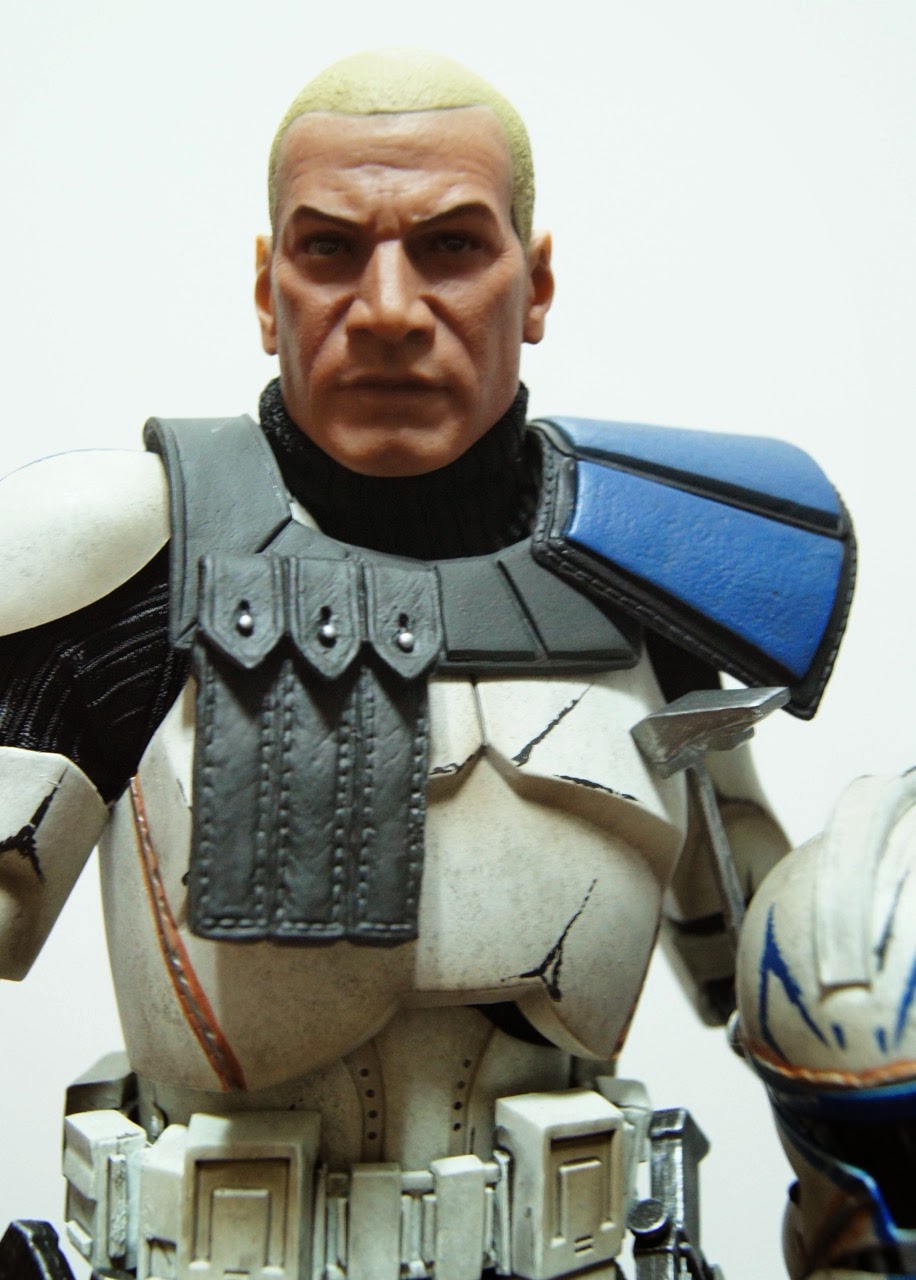