Frankly speaking, I am growing tired of collecting all the suits Hot Toys or Marvel Iron Man has to offer. They are generally the same but somehow different. This is Mark XLV from Age of Ultron. 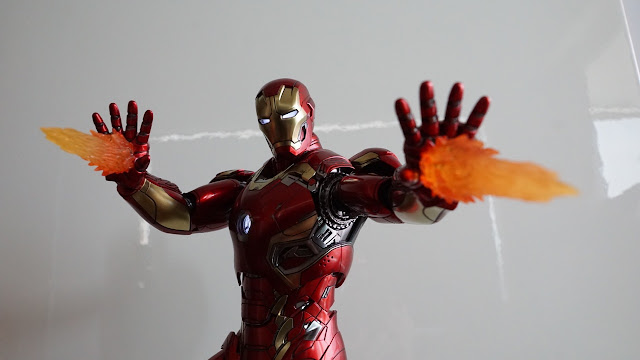 The escalating pricing of the Hot Toys product is also any deterring factor for my Iron Man suits fatigue.
The packaging is the standard one for diecast figure and I already know what to expect but Hot Toys did put in effort for the artwork on the box. 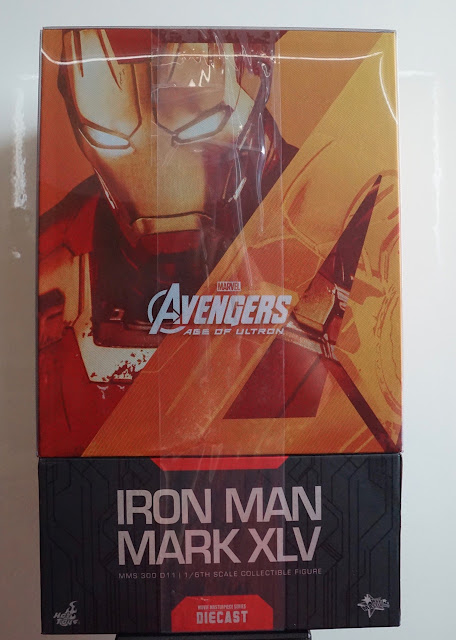 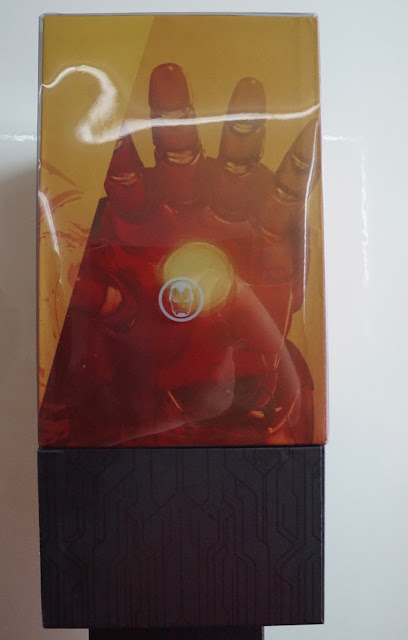 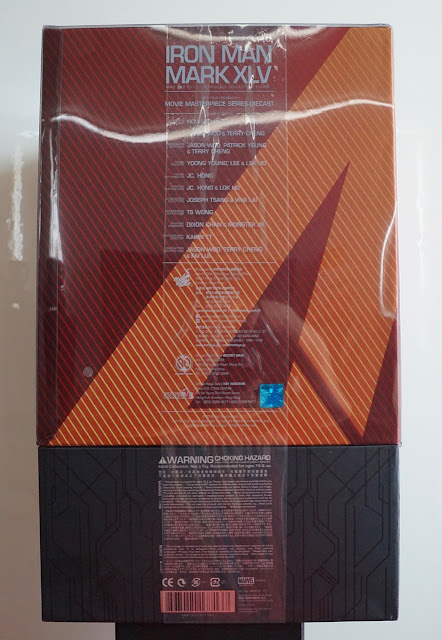 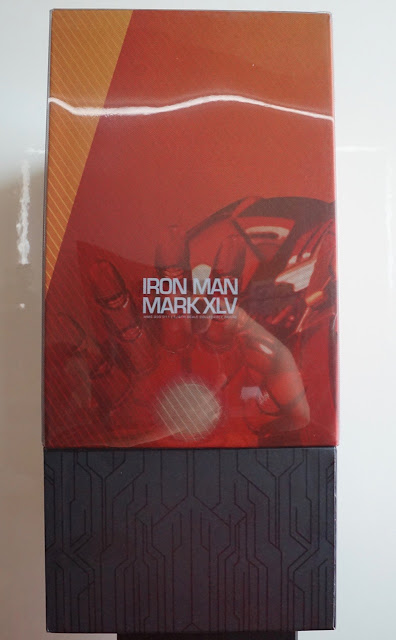 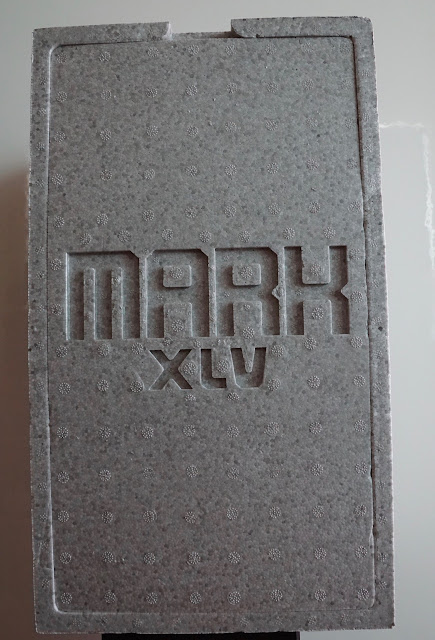 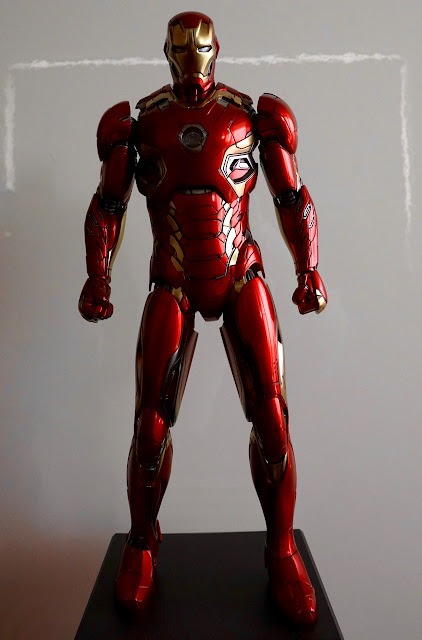 Figure out of the box is somewhat similar to the previous suits and this takes on the regular color scheme. This suit however, isn't connected to J.A.R.V.I.S which was destroyed by Ultron. Stark input the new backup A.I, F.R.I.D.A.Y. 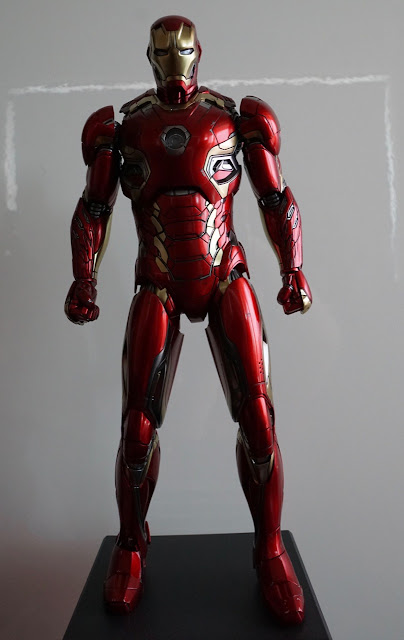 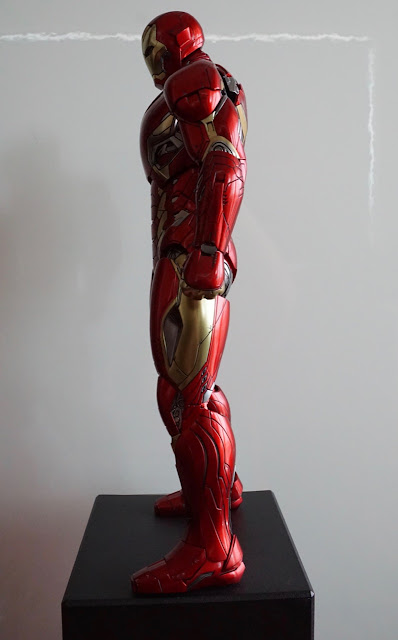 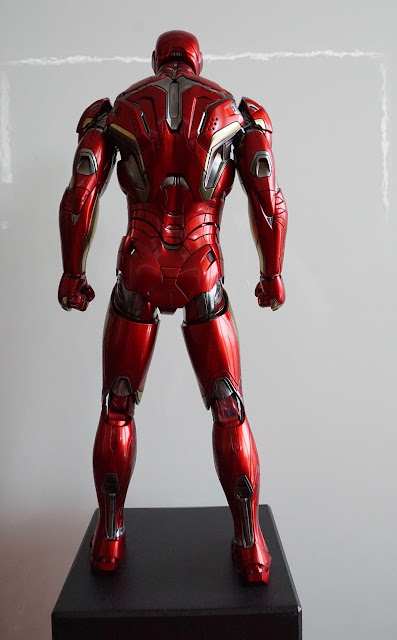 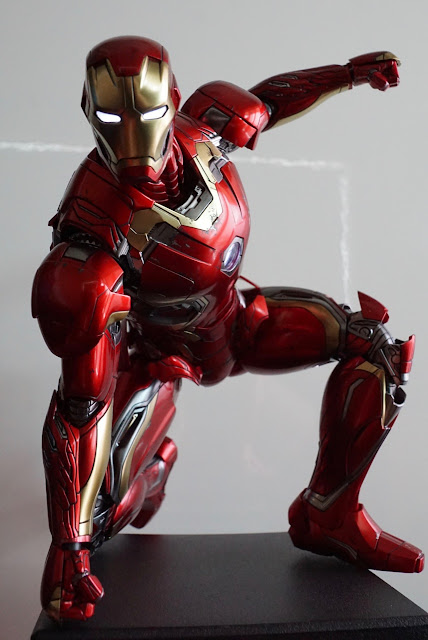 Hot Toys has enabled its diecast suit to enable the classic landing pose. I think I had the landing hand's orientation wrong. But, it works. 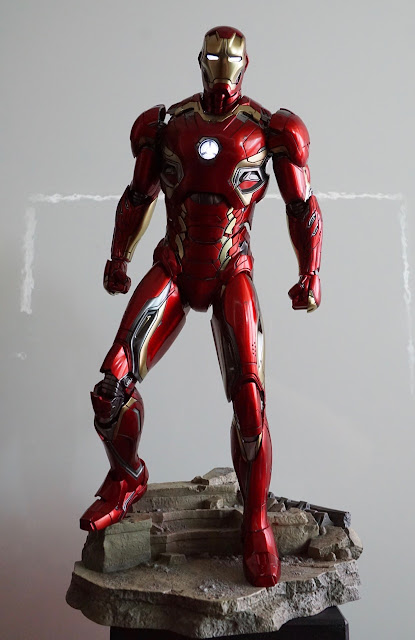 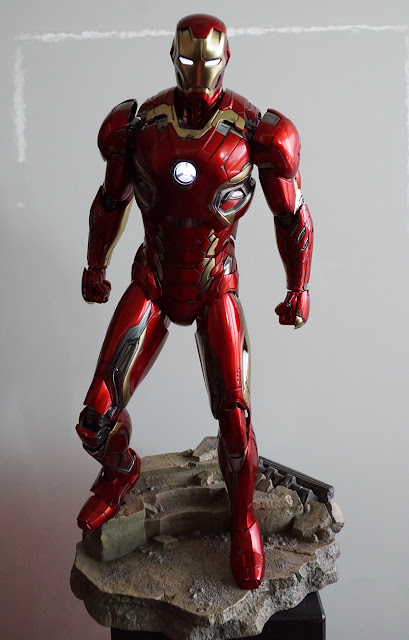 It comes with a mini-diorama display base and a severed upper torso of Ultron Sentry (Prime). 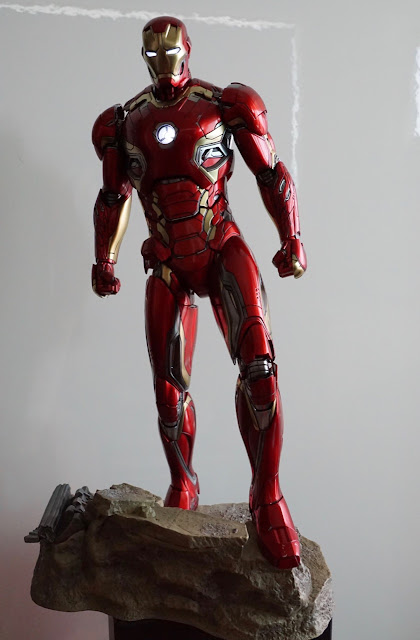 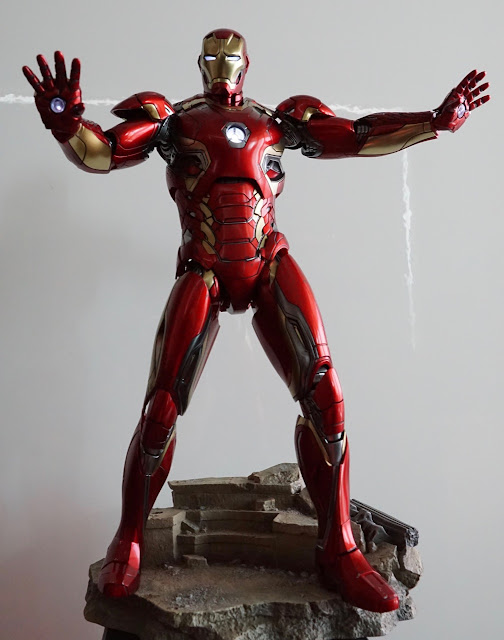 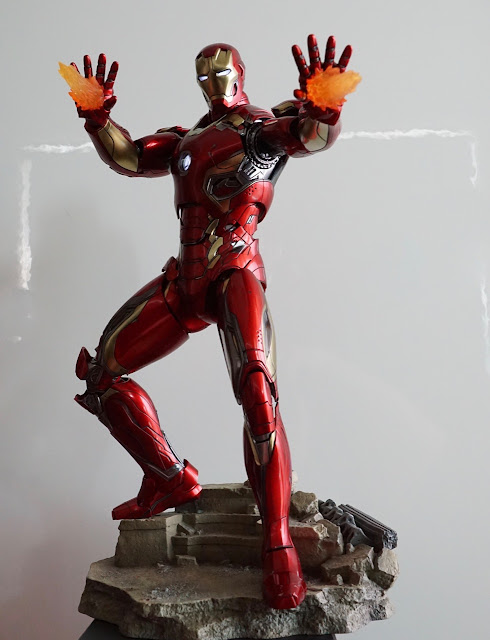 It also came with the flame effects which was already present in Mark XLI. 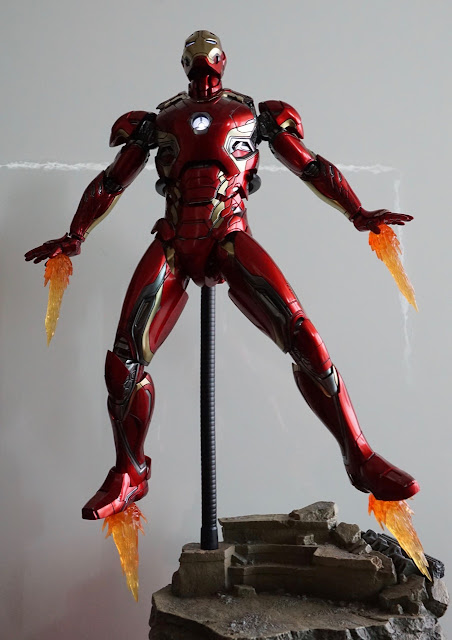 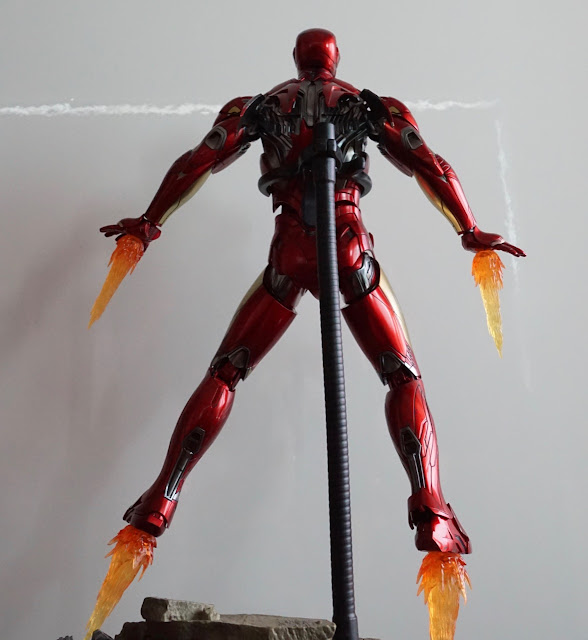 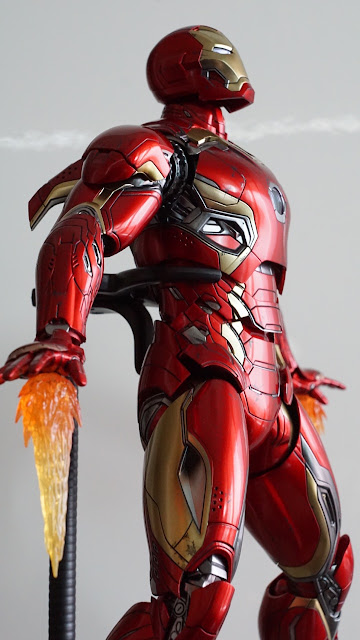 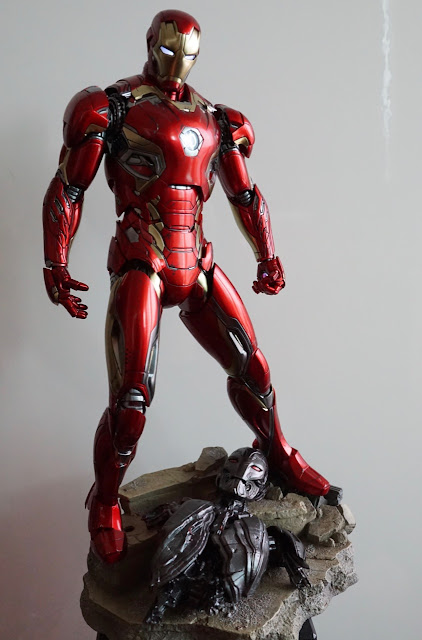 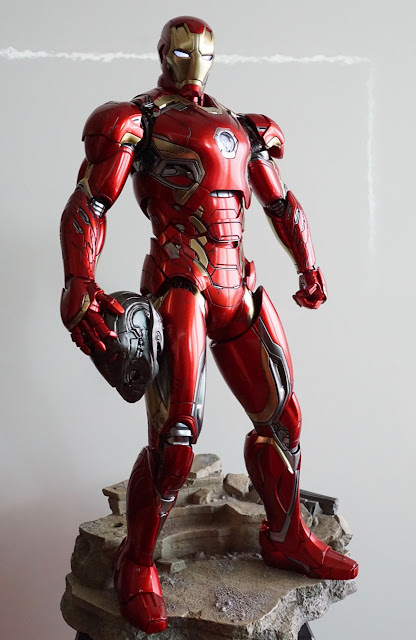 What if Ultron takes control of Mark XLV? Not a pretty sight. 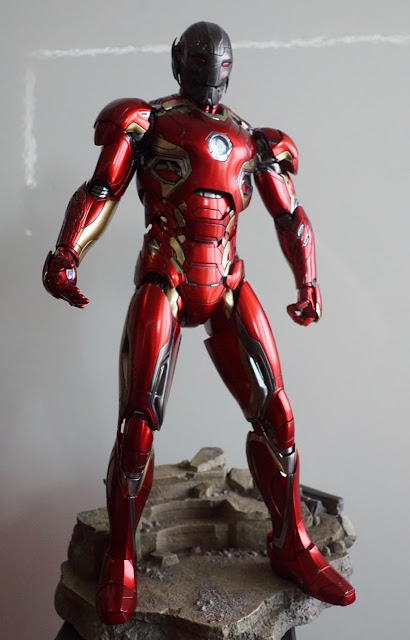 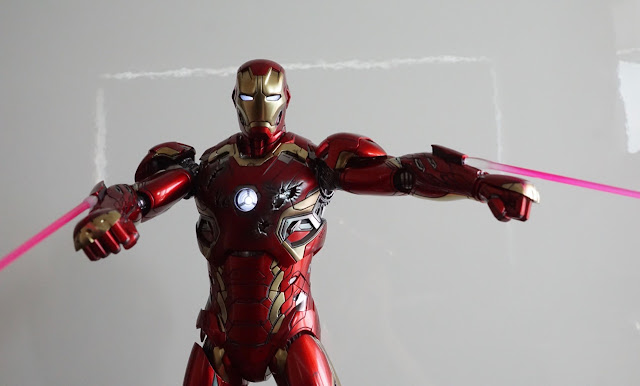 Another feature of Mark XLV is the beam laser that is shot from the forearms. This time, Hot Toys incorporated it into the arm and there is no need to detach and attach any parts. 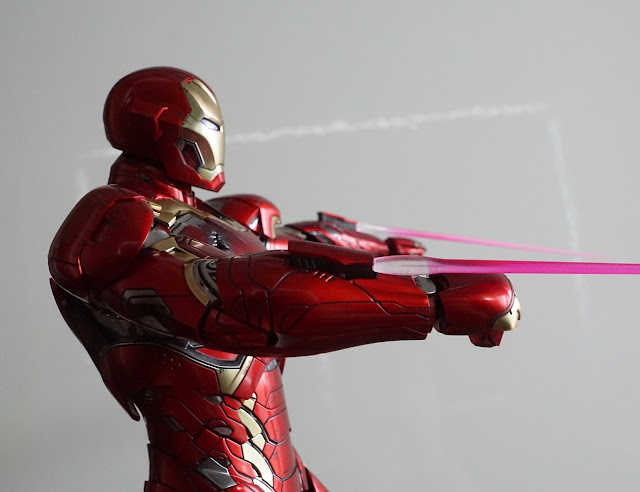 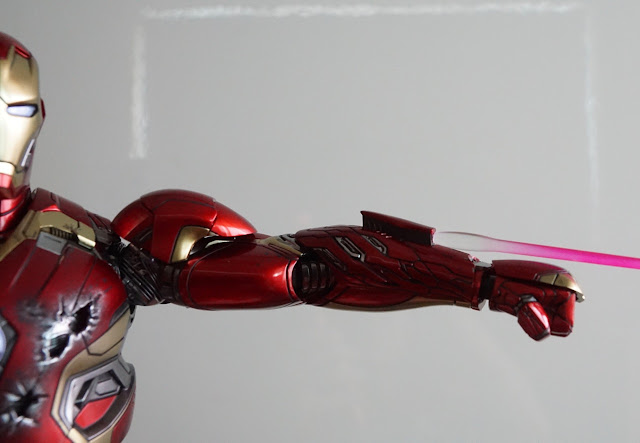 Well, I have Mark XLIV to look forward to and I think I will take a break from Hot Toys.
Posted by Jonloh at 12:14 PM