It's amazing that toys company like Fewture has such confidence in their customers for releasing add-ons after a year or two of release. 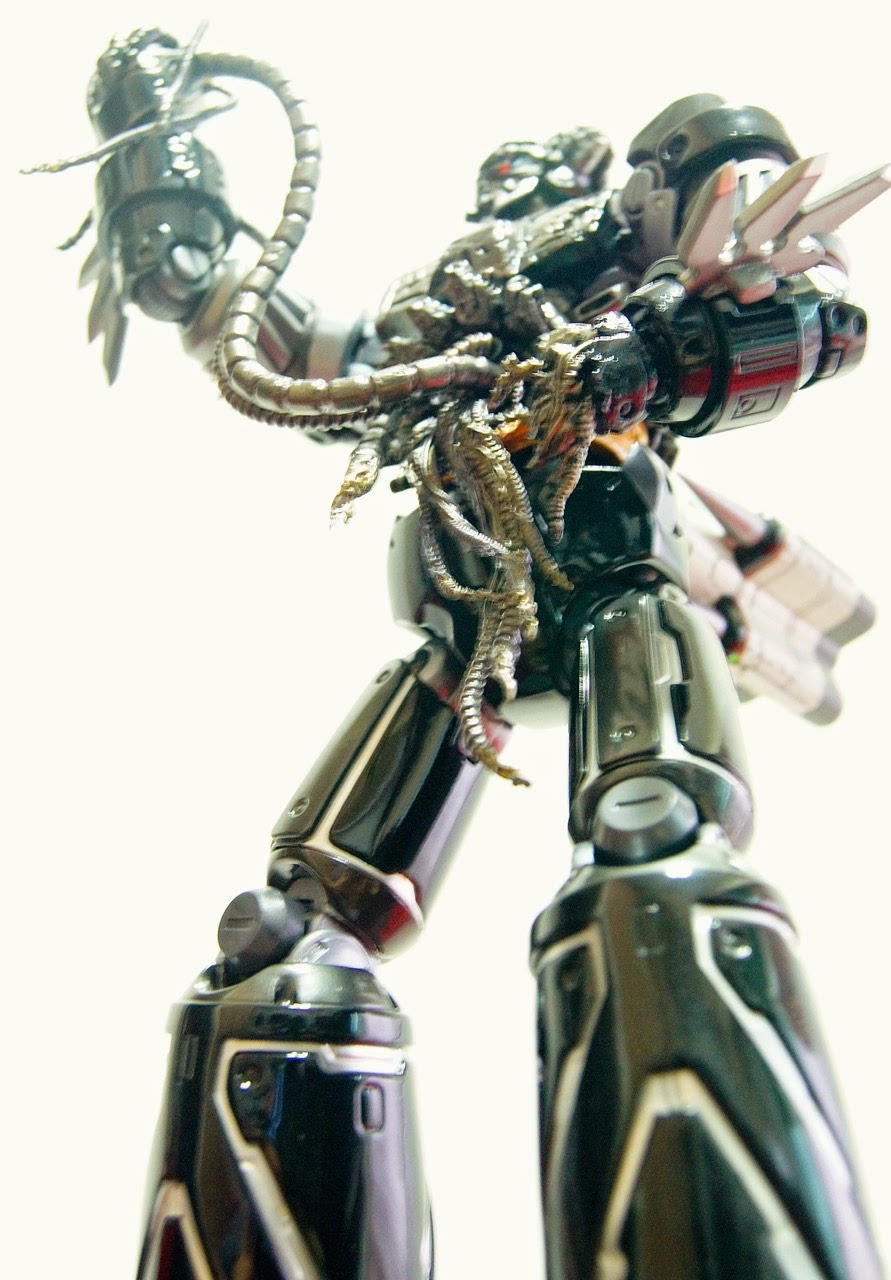 Fewture released Ryoma Mode Black Getter in 2012 and in 2014 released the Final Battle Set which Getter Robot here destroyed the Dinosaur Empire backstabbing missile with his bare hands.
Packaging is nothing to brag about but I'm intrigued that this series has been around since 1974 and Fewture is really cashing in on us 70s boys to men (who are deep down still boys) to buy this overpriced but very well-made toy. 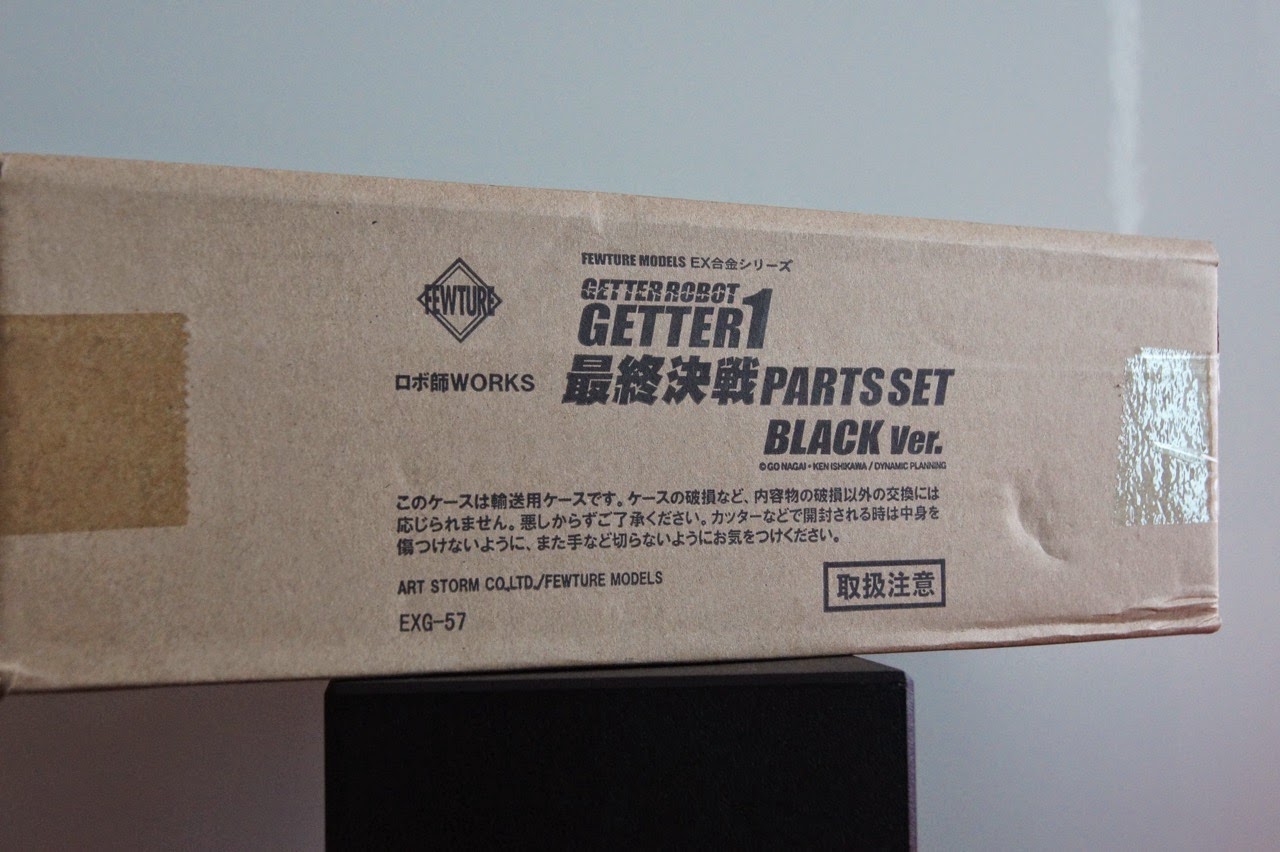 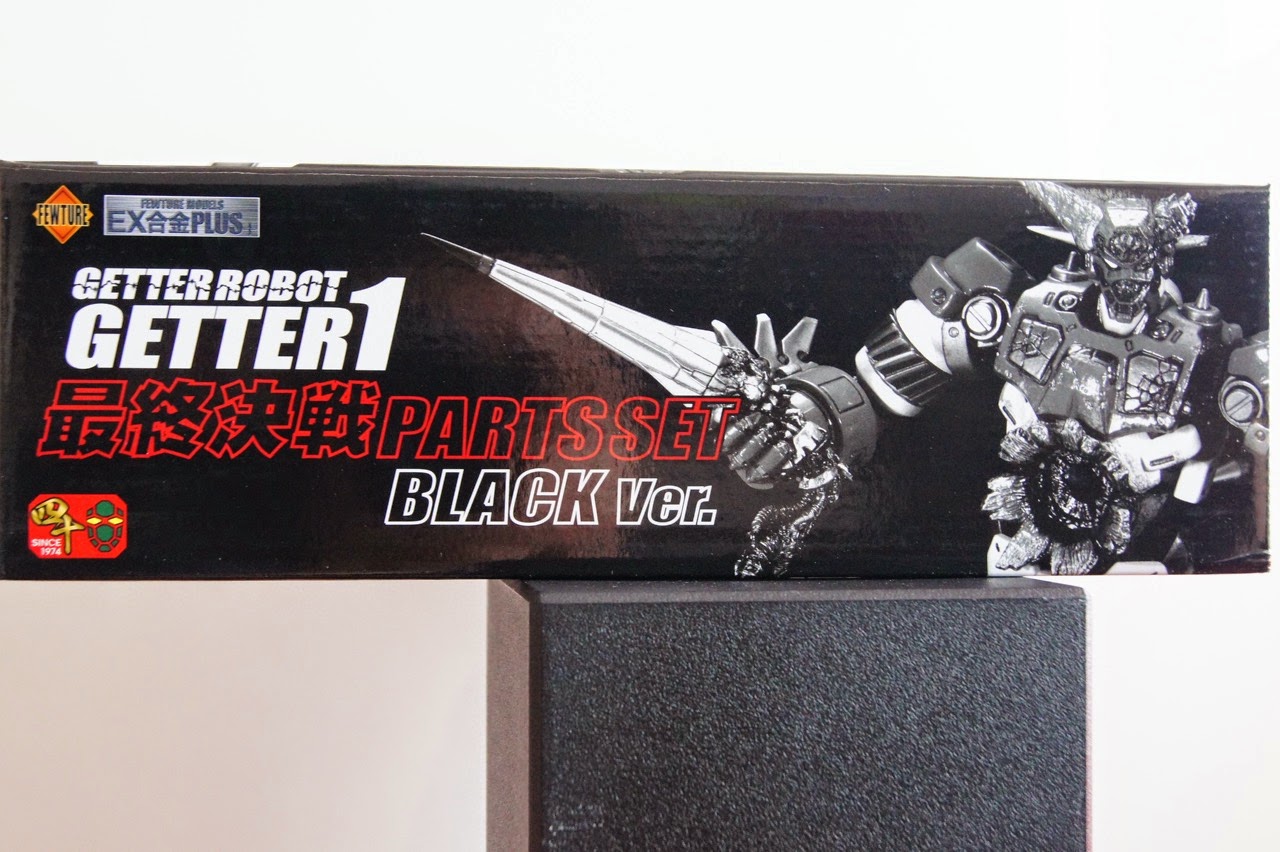 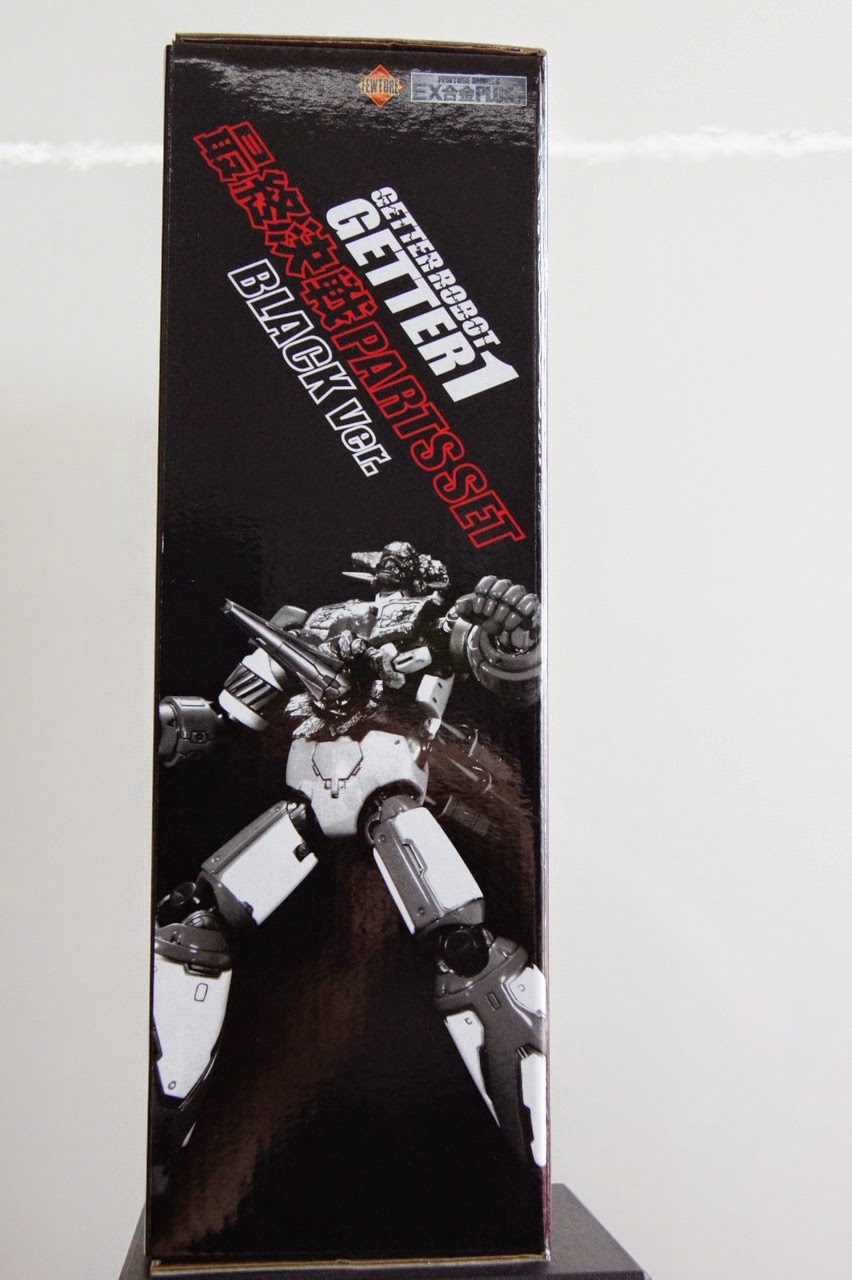 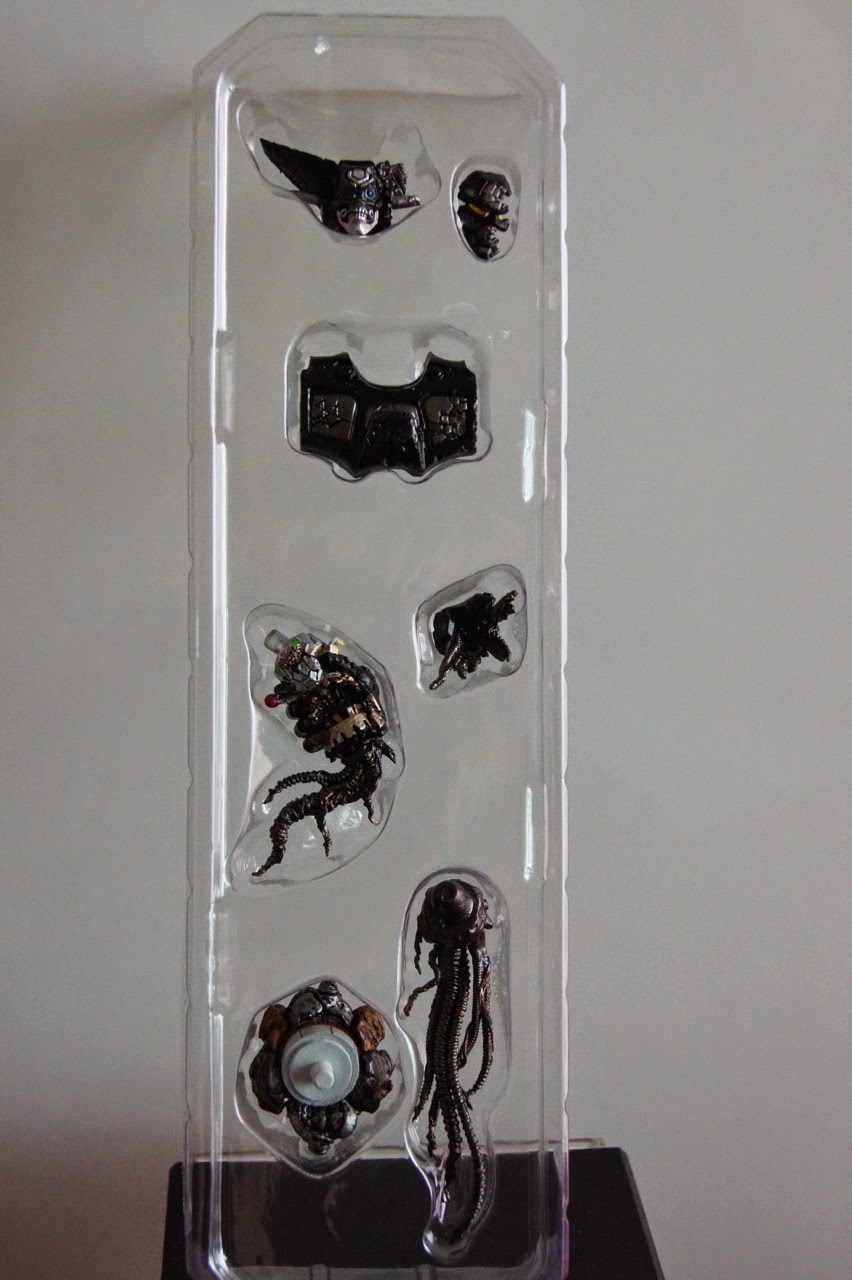 This is based on a OVA of Shin Getter Robo versus Neo Getter Robo where in the opening scene with the pilot of Getter Robot, Tomoe Musashi, sacrificing himself fighting against the Dinosaur Empire. 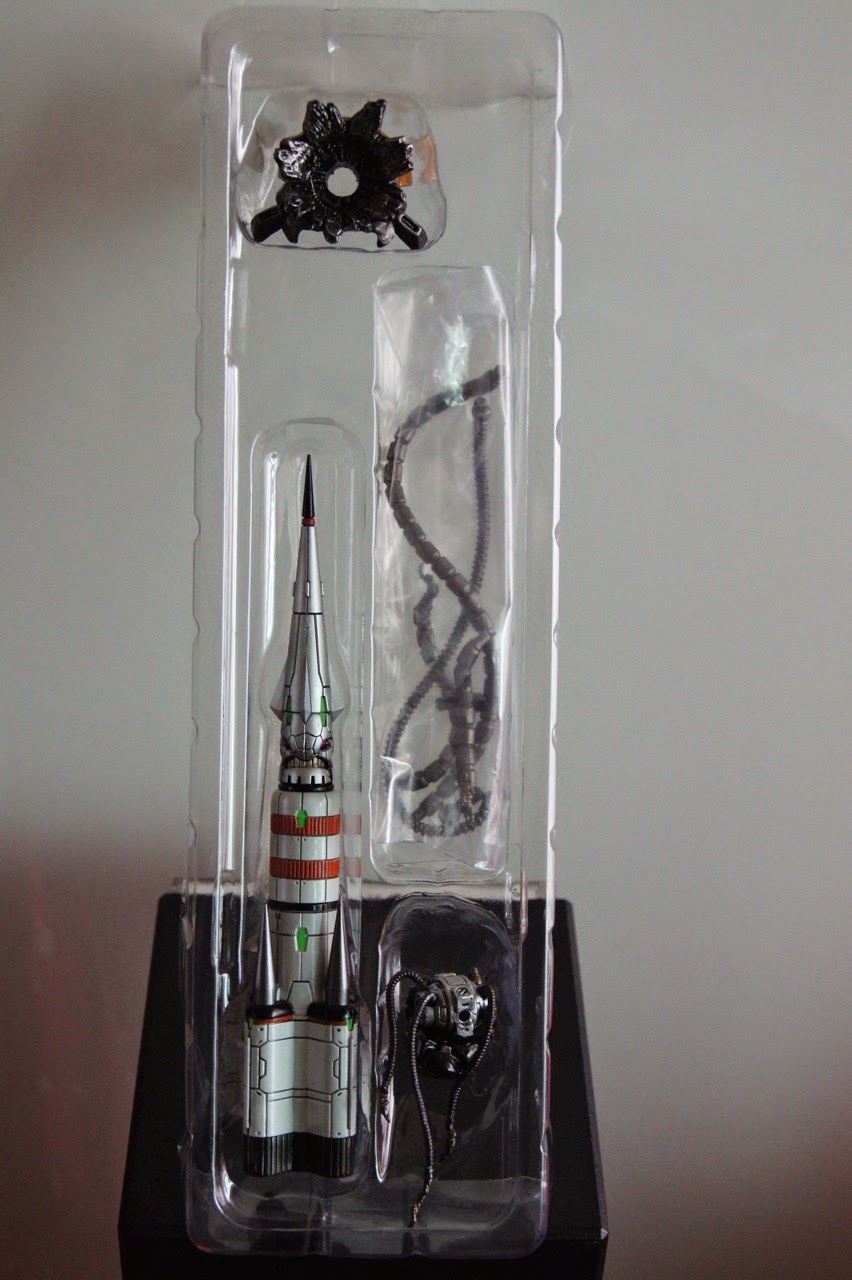 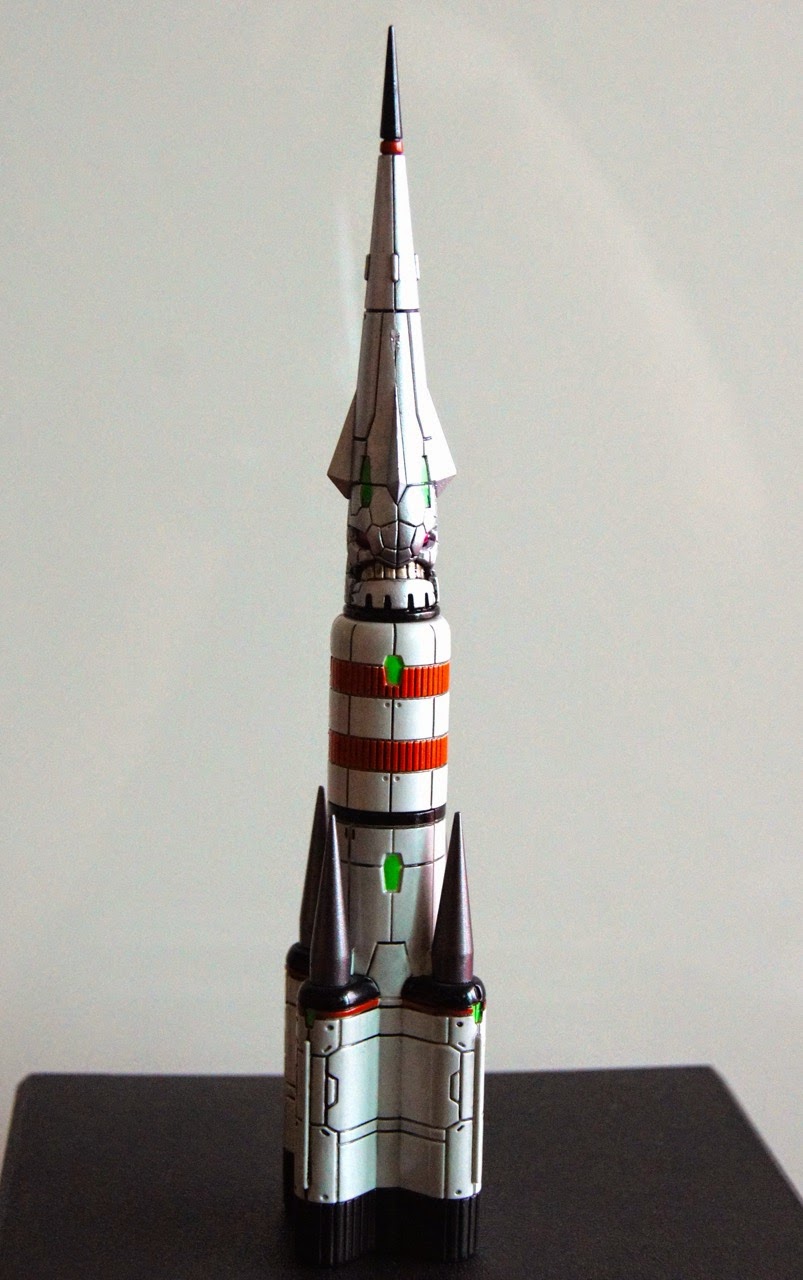 The Dinosaur Empire Missile which is very well-crafted and I need to go around it as it's actually an A.I as you will noticed the face in the picture above. Frankly speaking, I'm not too familiar with the animation but you can watch it on here. 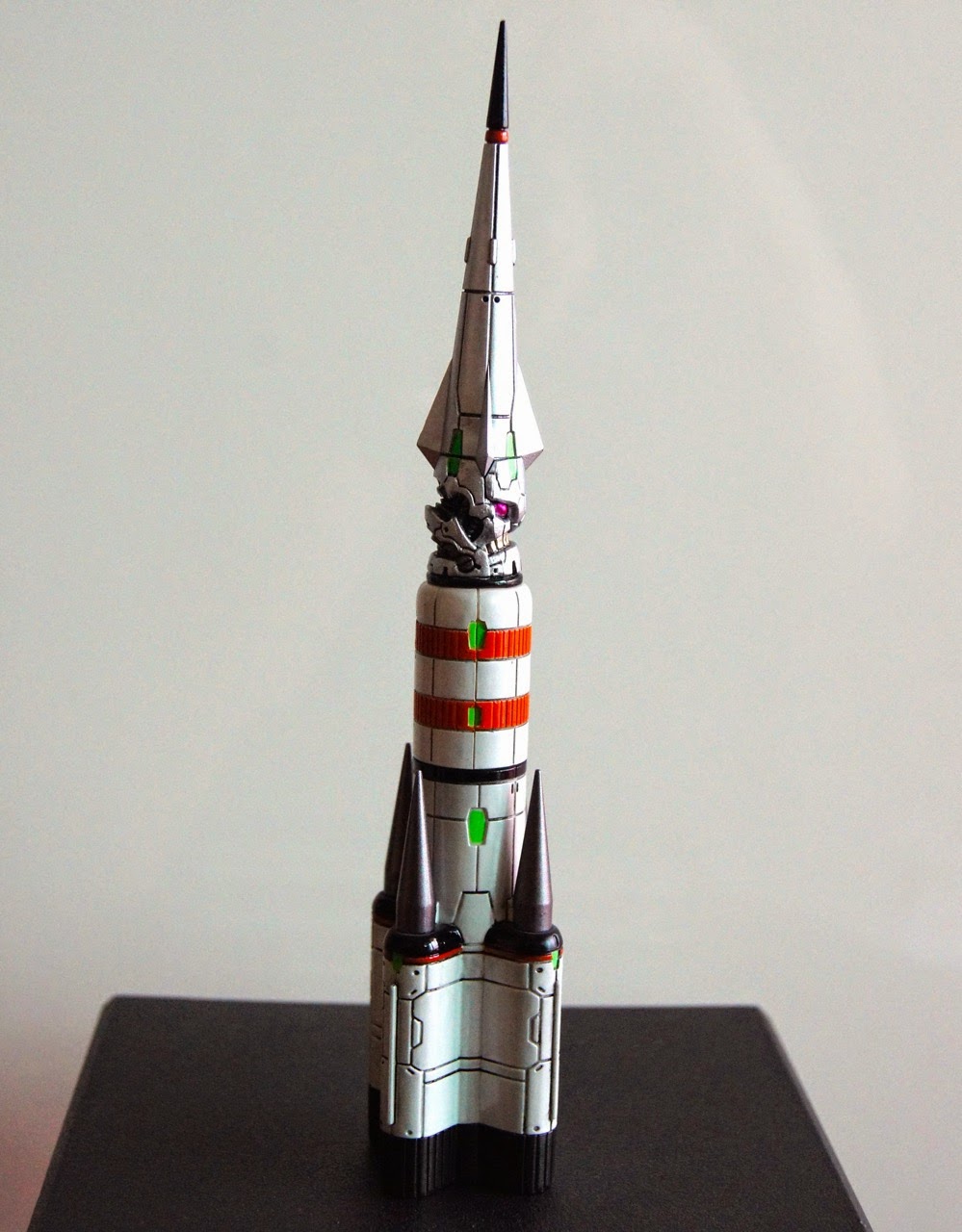 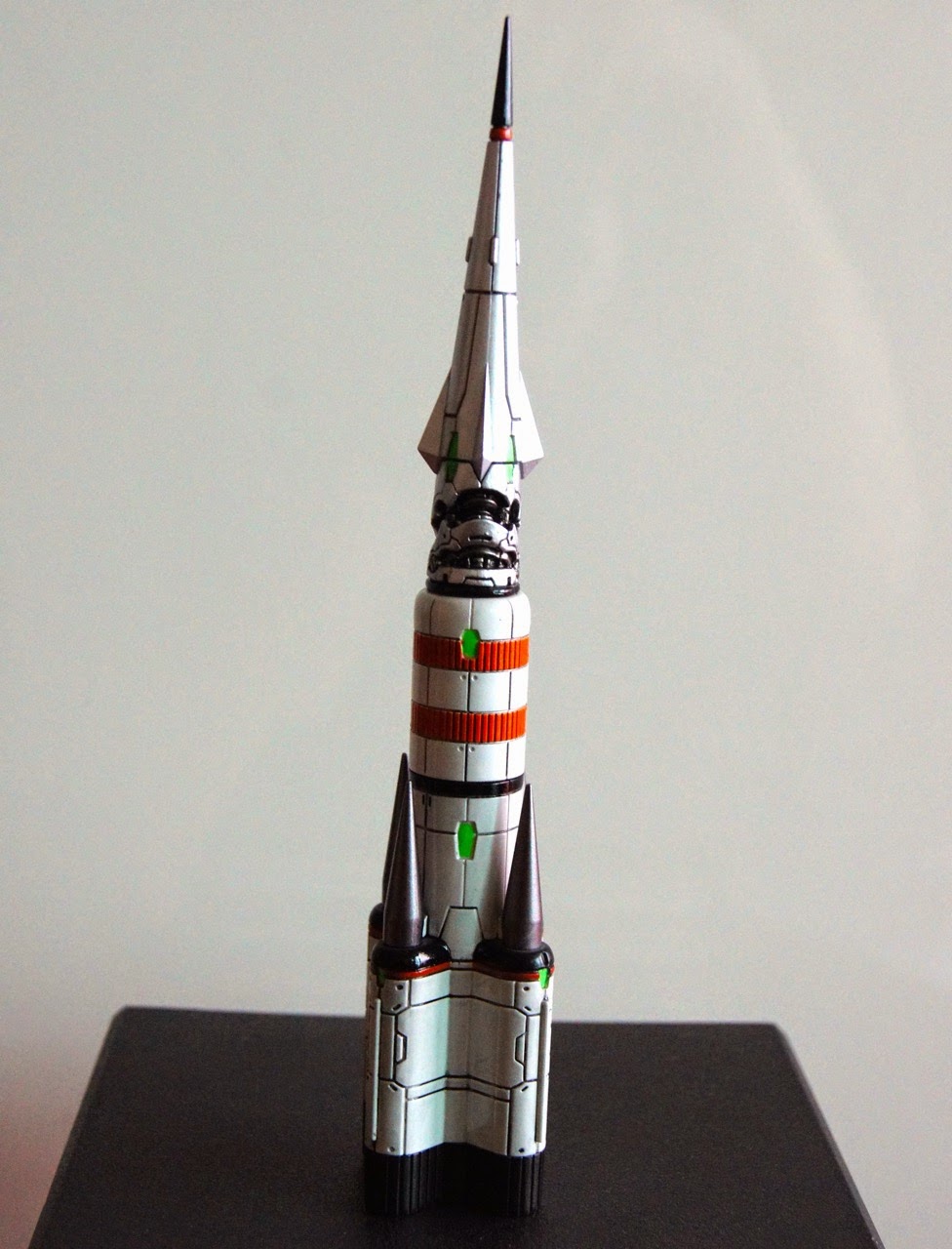 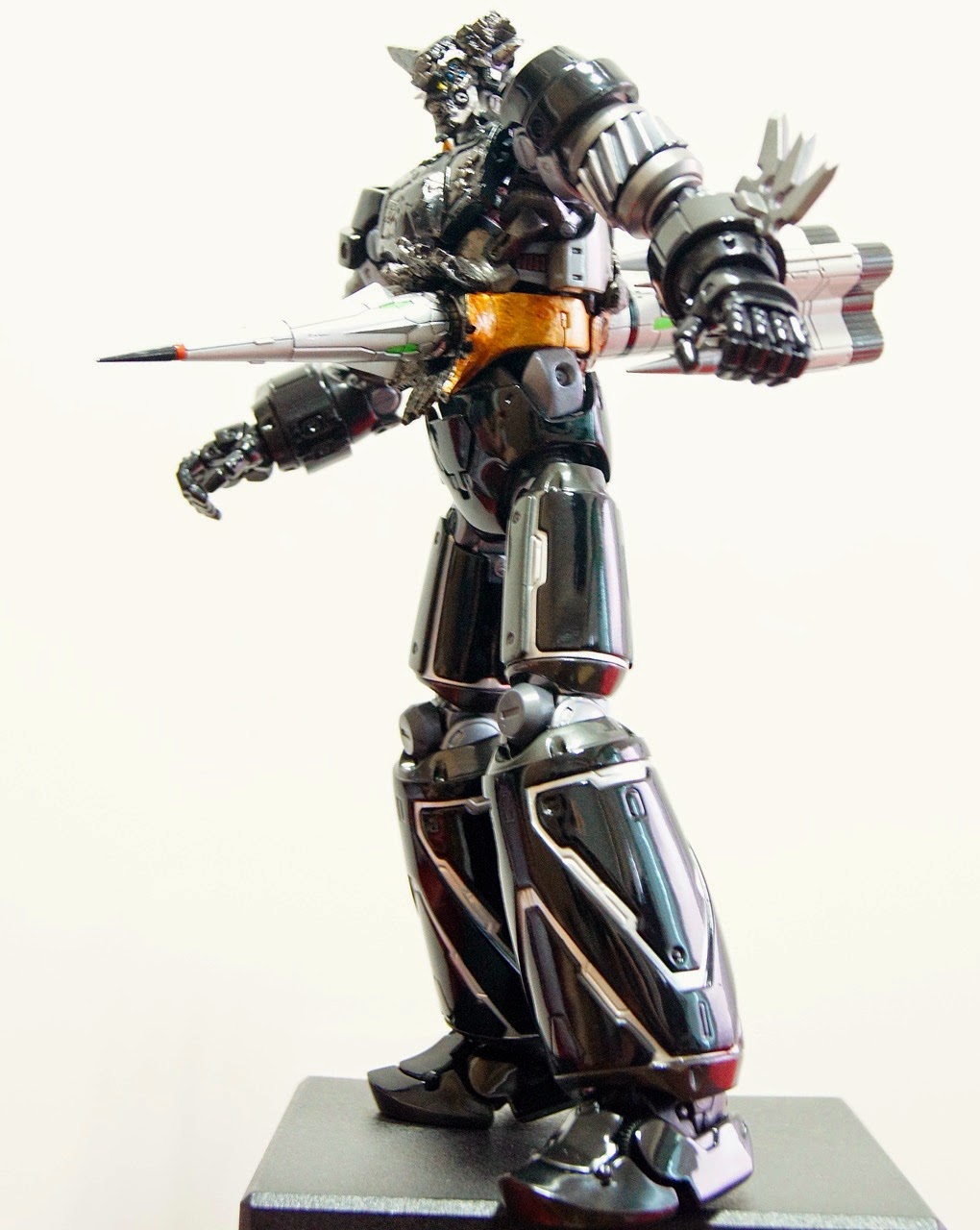 So, the stories go with the missile piercing through Getter from the back after some serious fighting as you can see the battle damages except the hands and legs are in pristine condition. 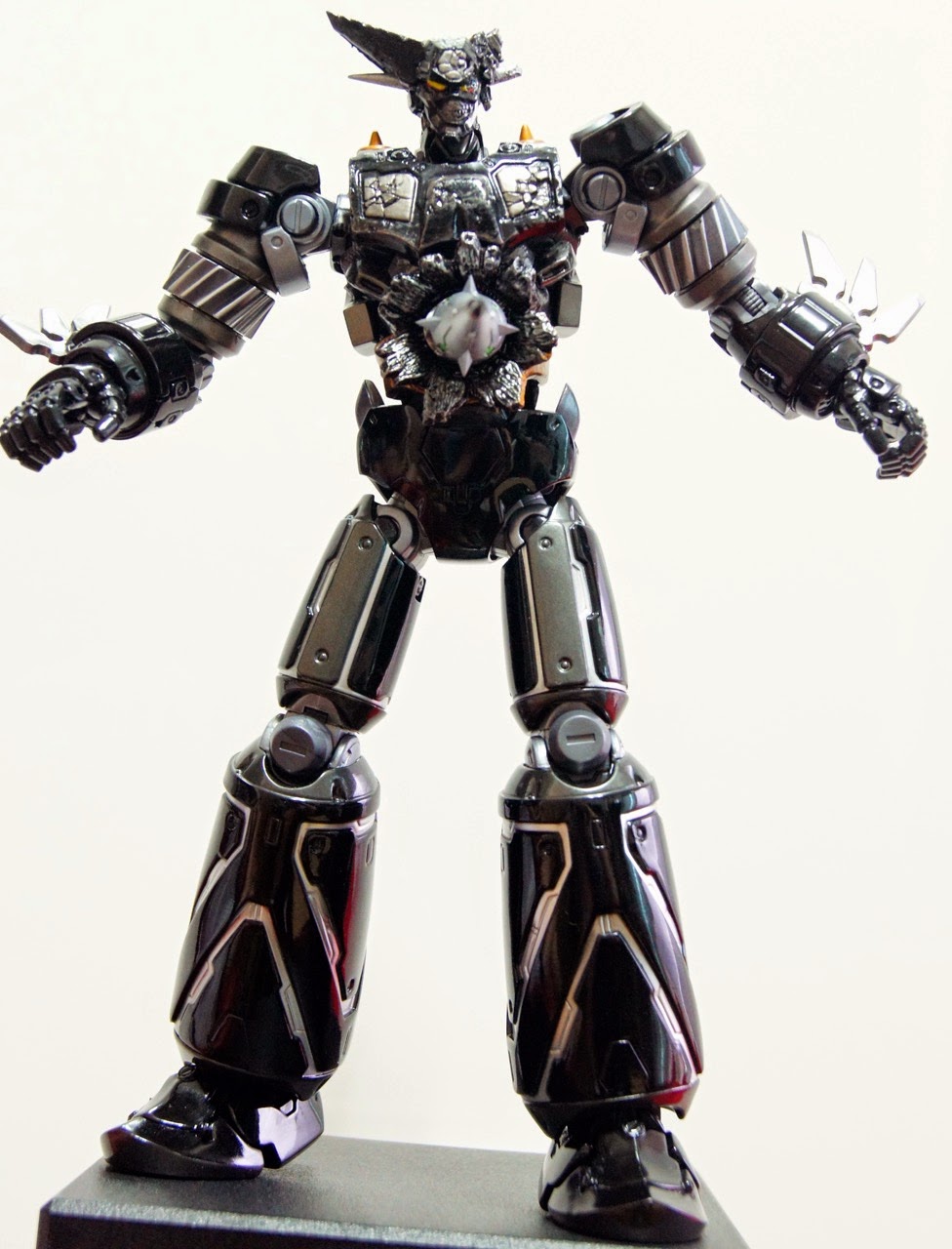 Getter is shocked and extremely pi$$ed. 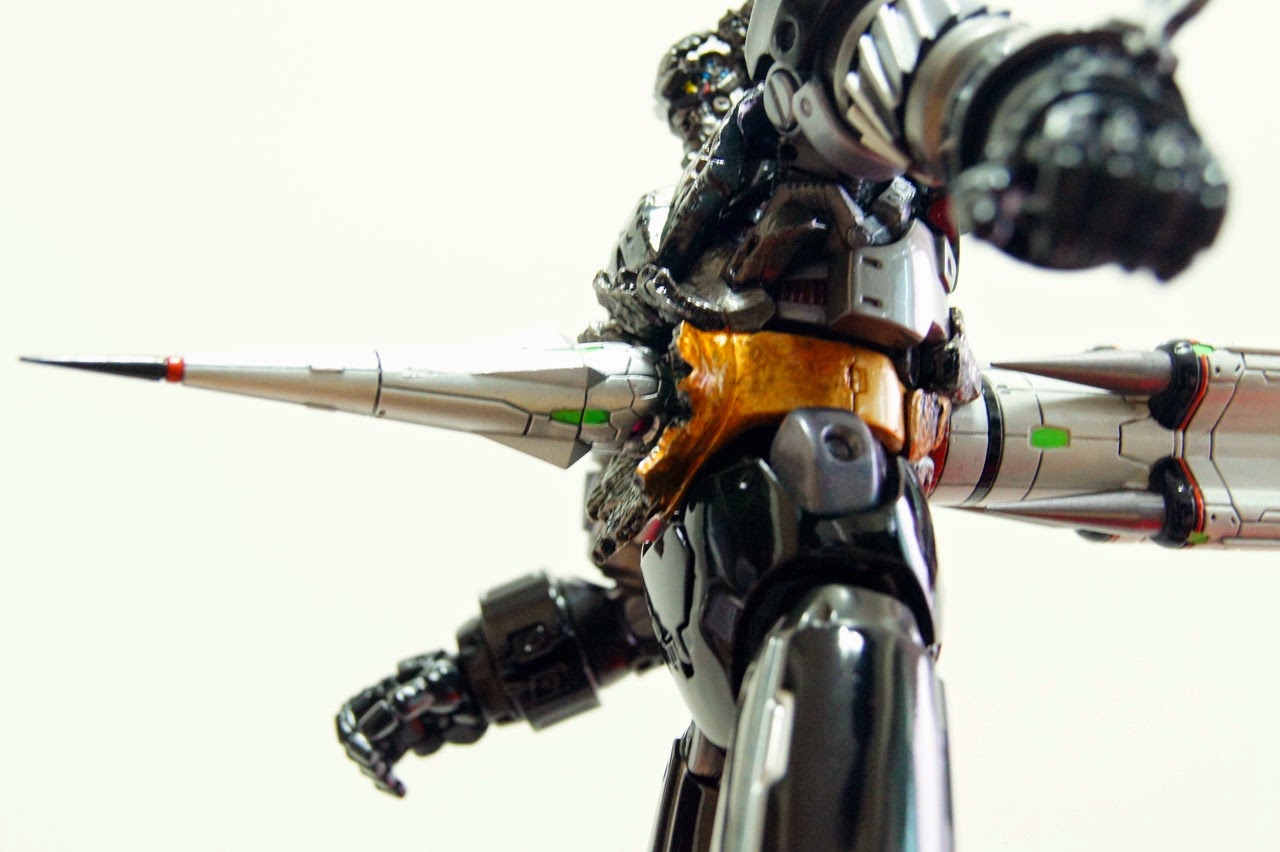 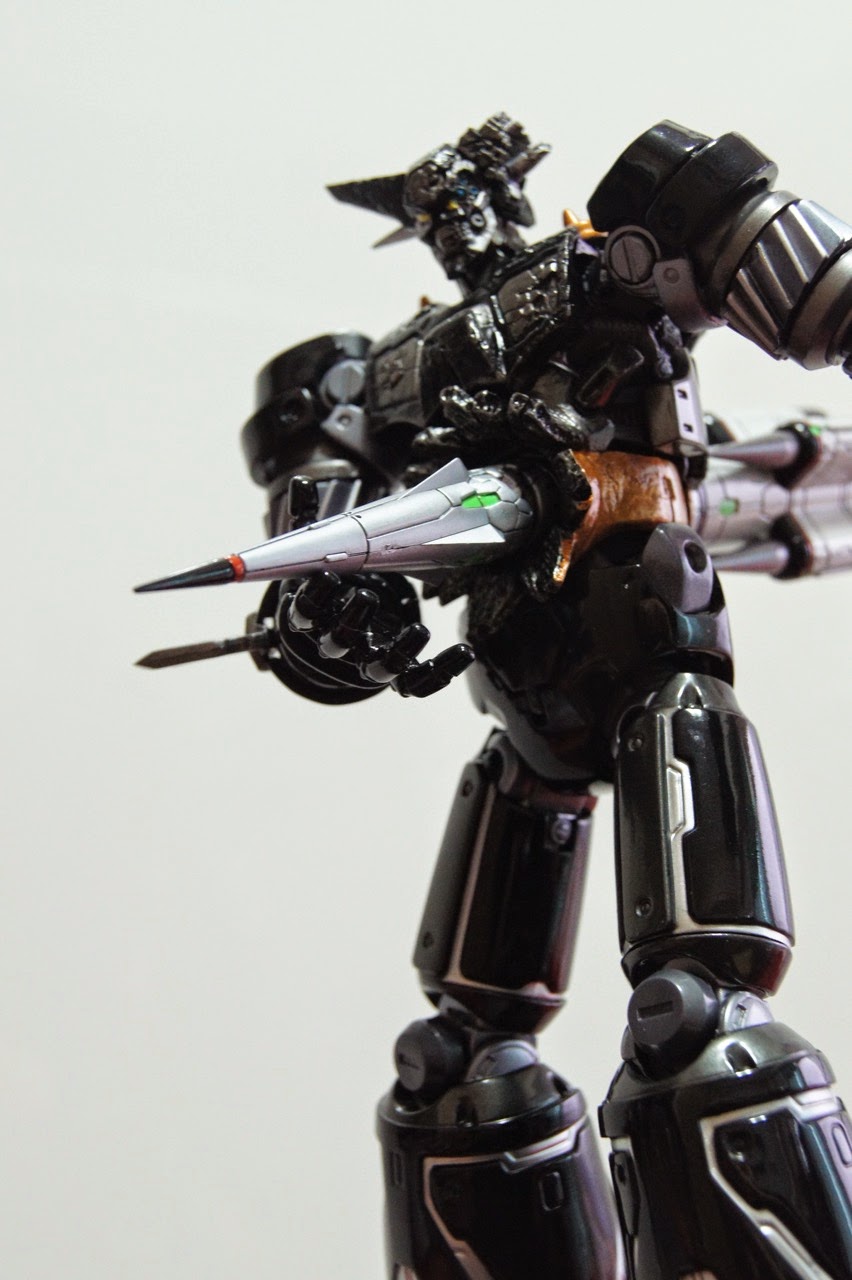 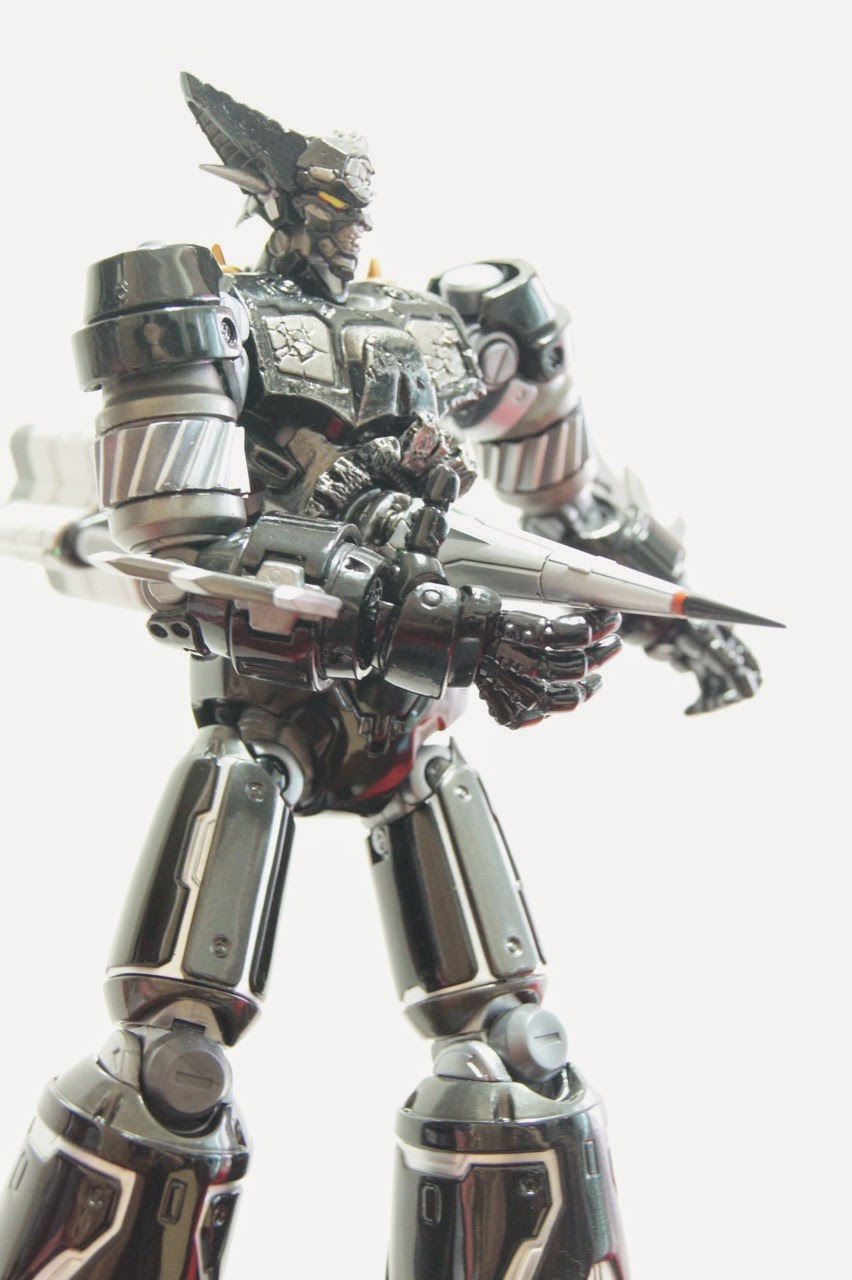 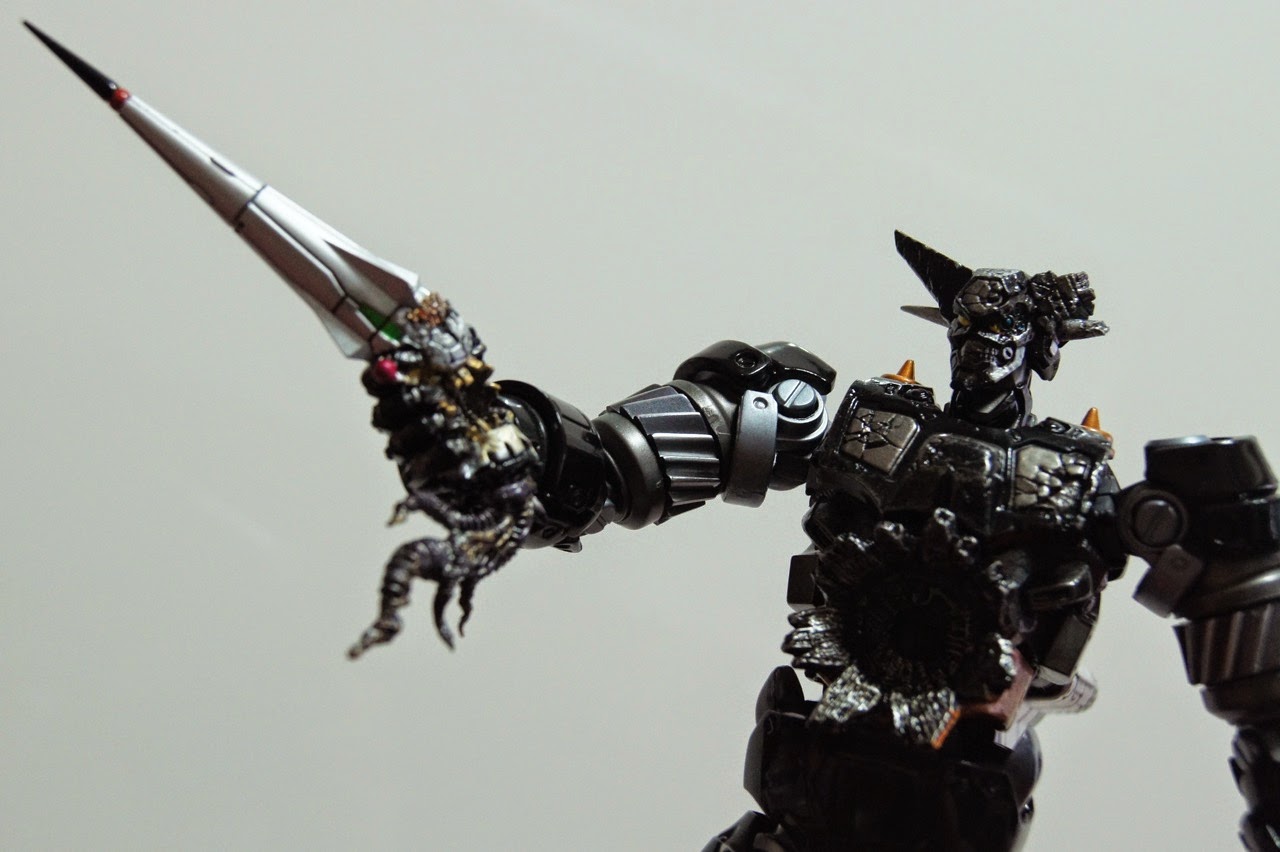 and yanked out the missile, crushing the face till the eyes popped out. This didn't happen in the OVA. 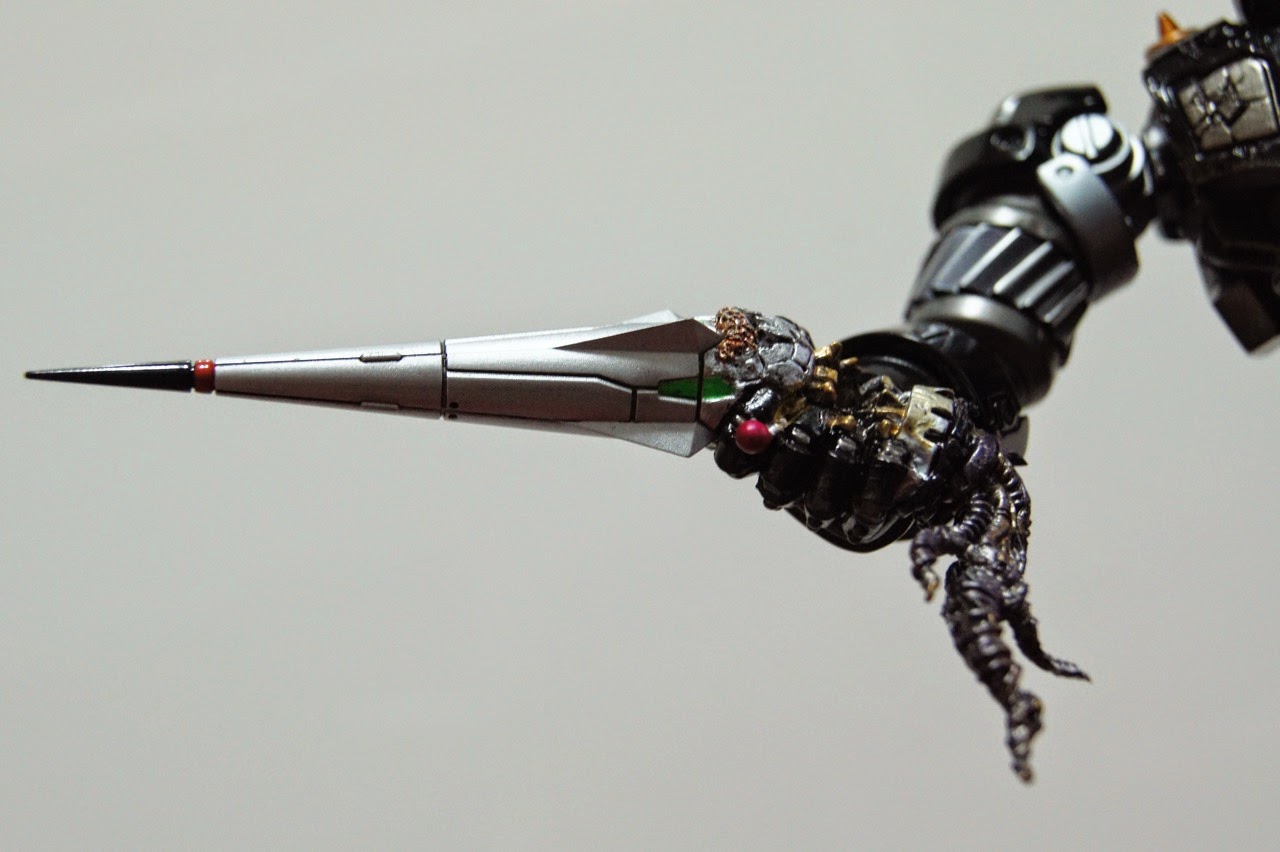 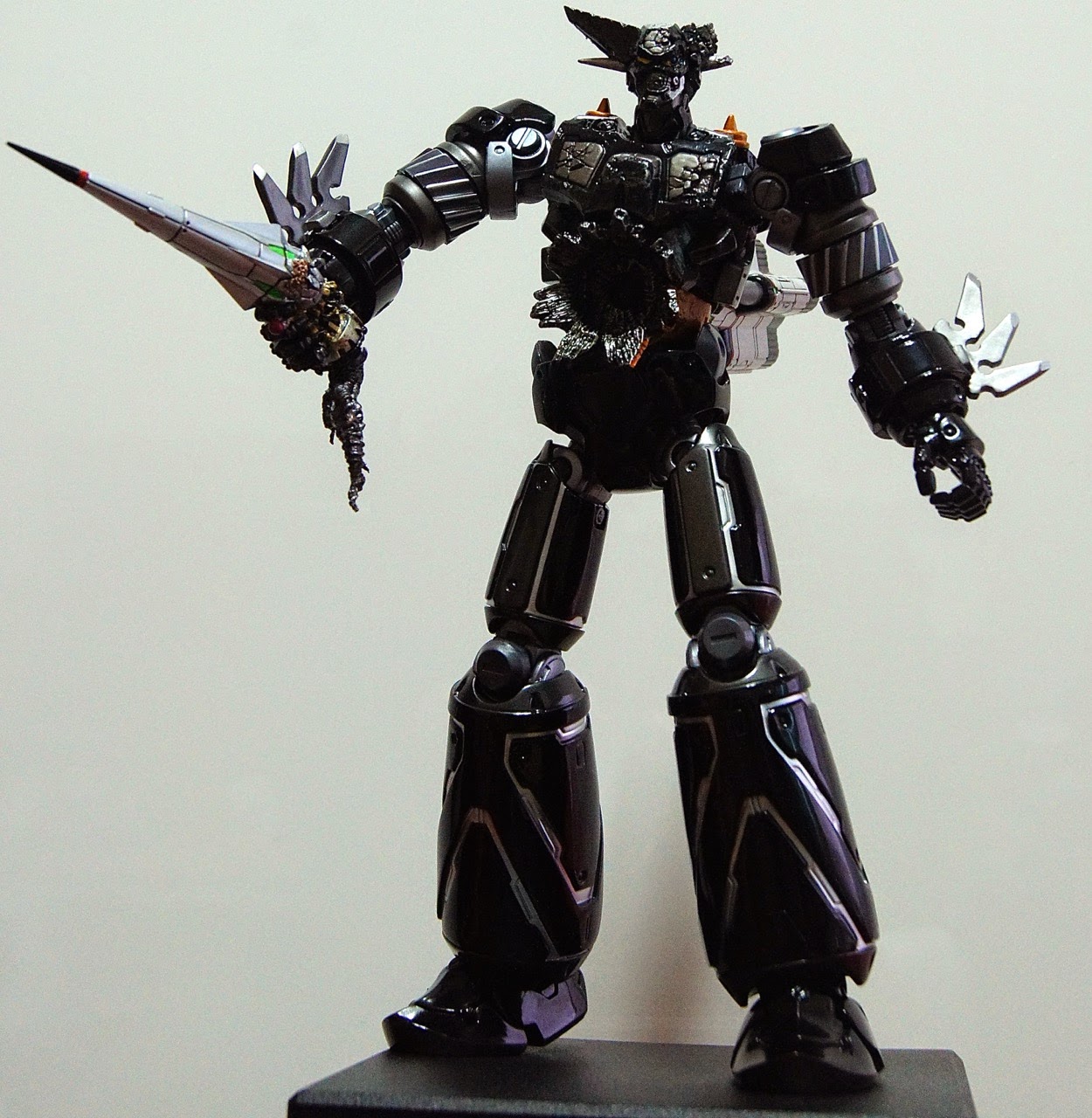 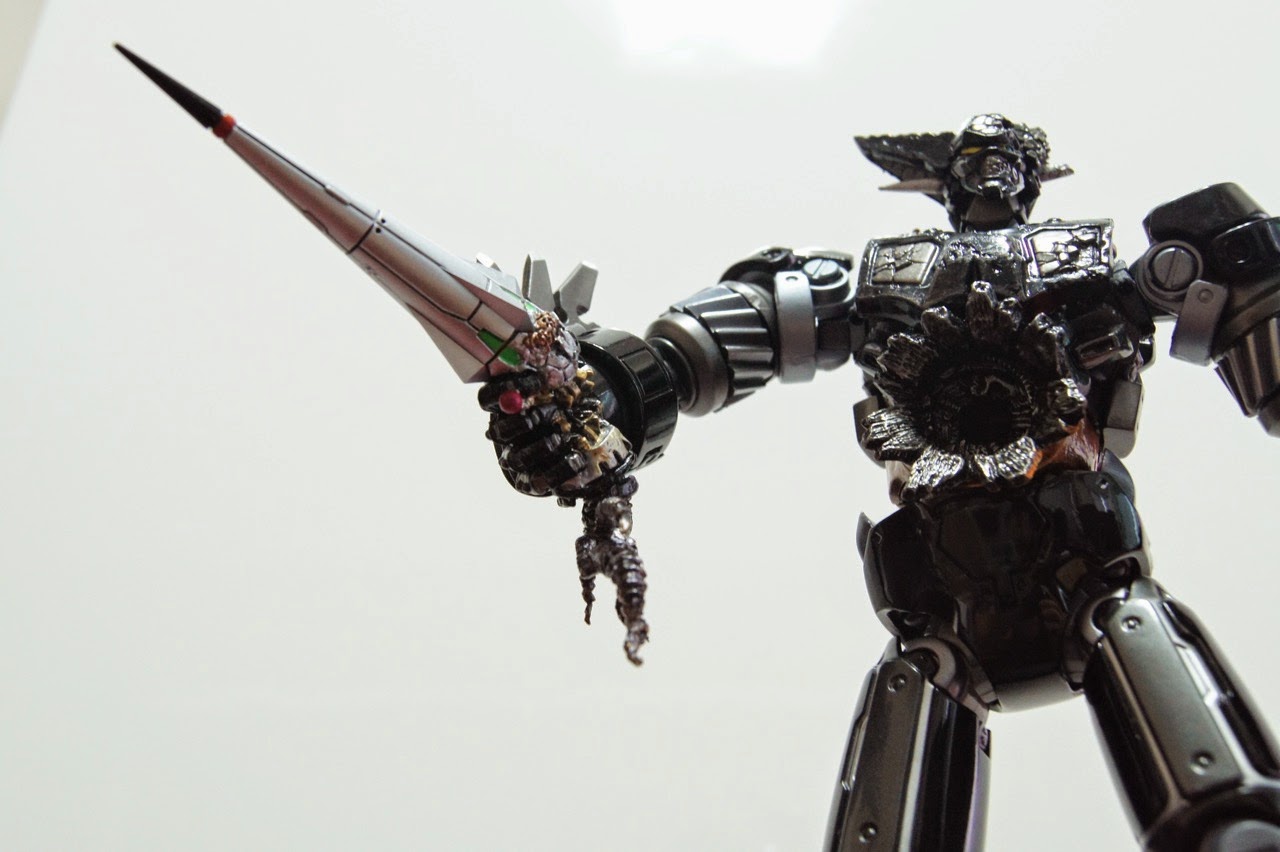 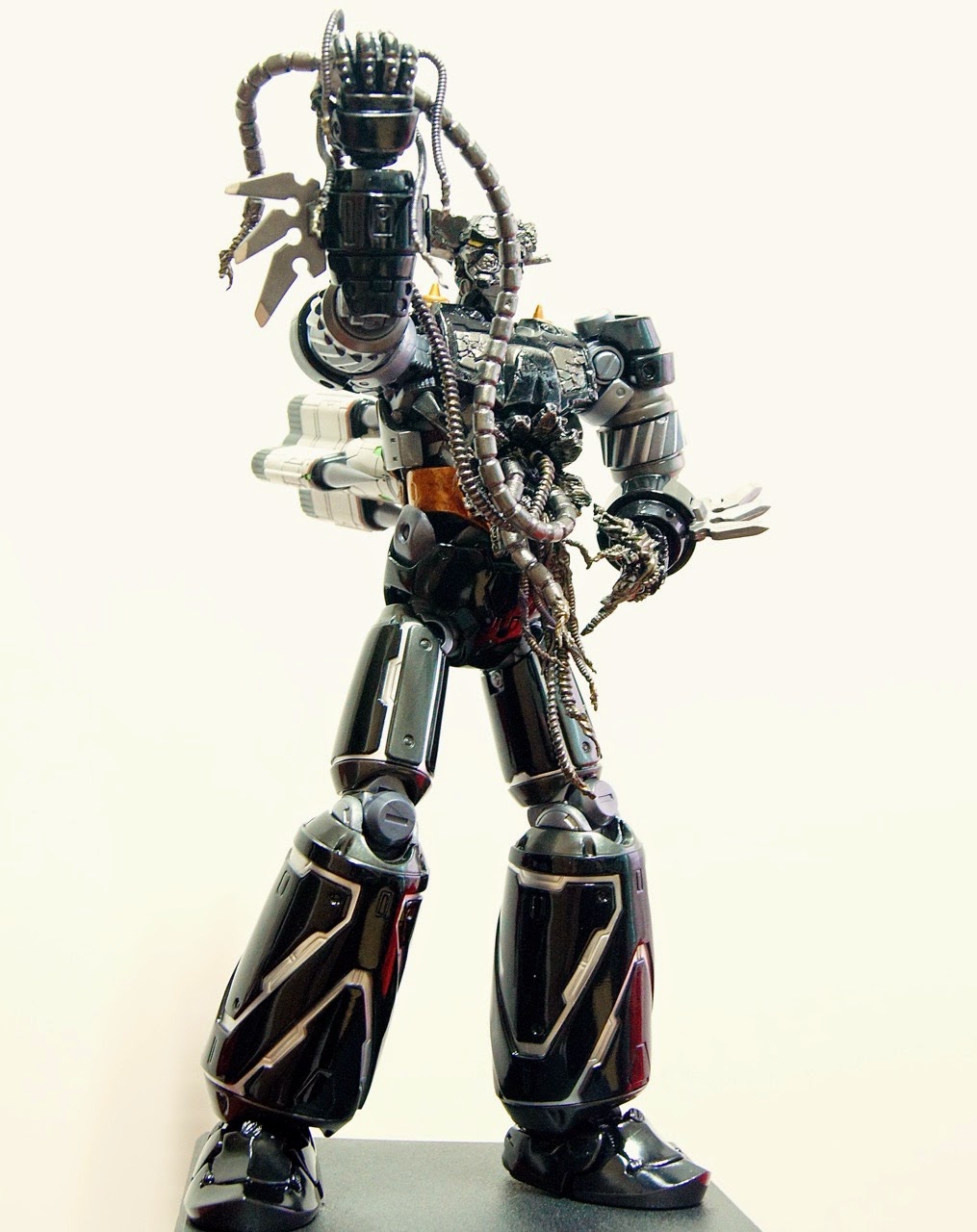 To ensure total annihilation of the Dinosaur Empire, he detonates his own core which is pure nuclear power destroying everything including Getter Robot and the pilot. 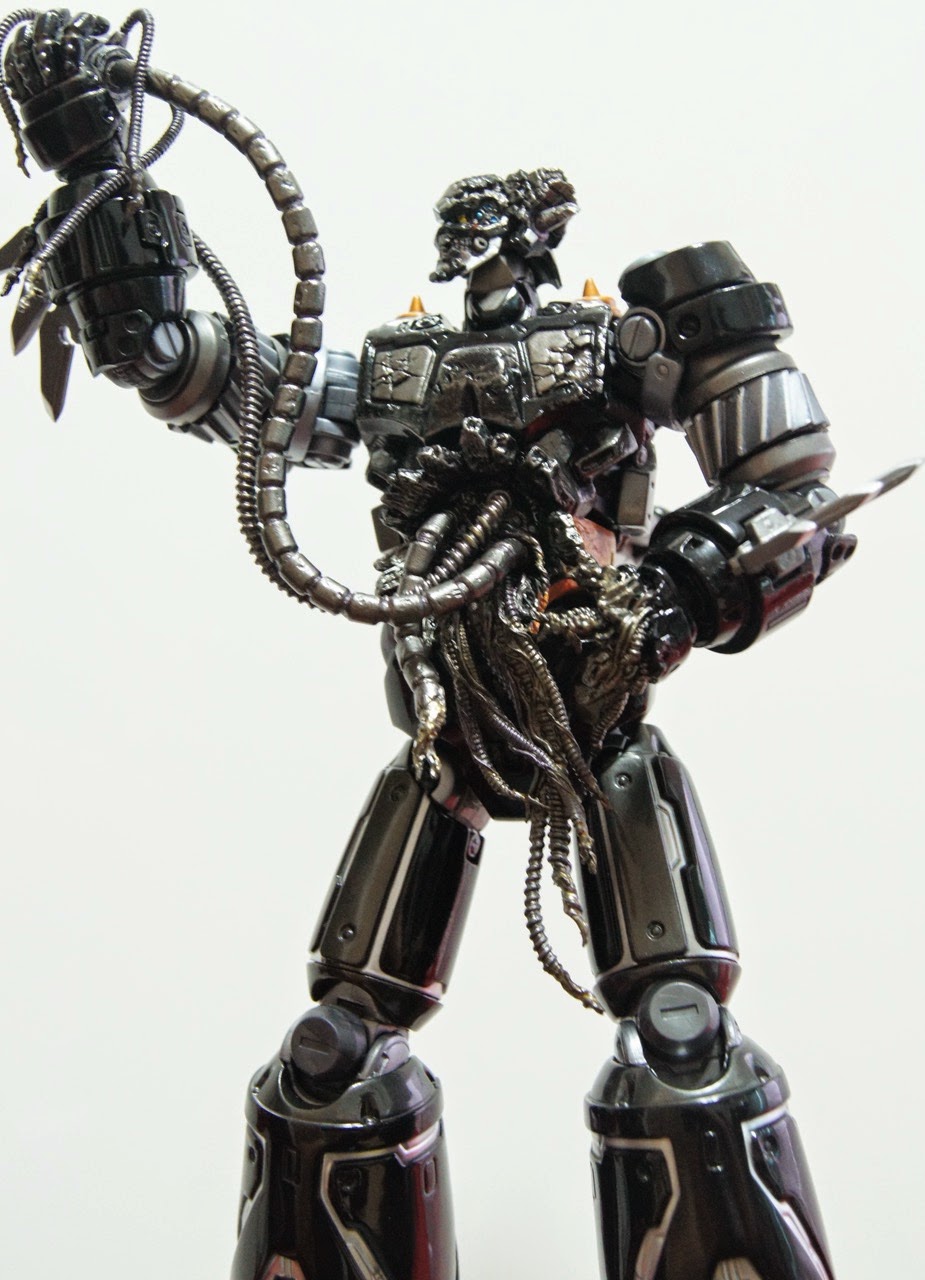 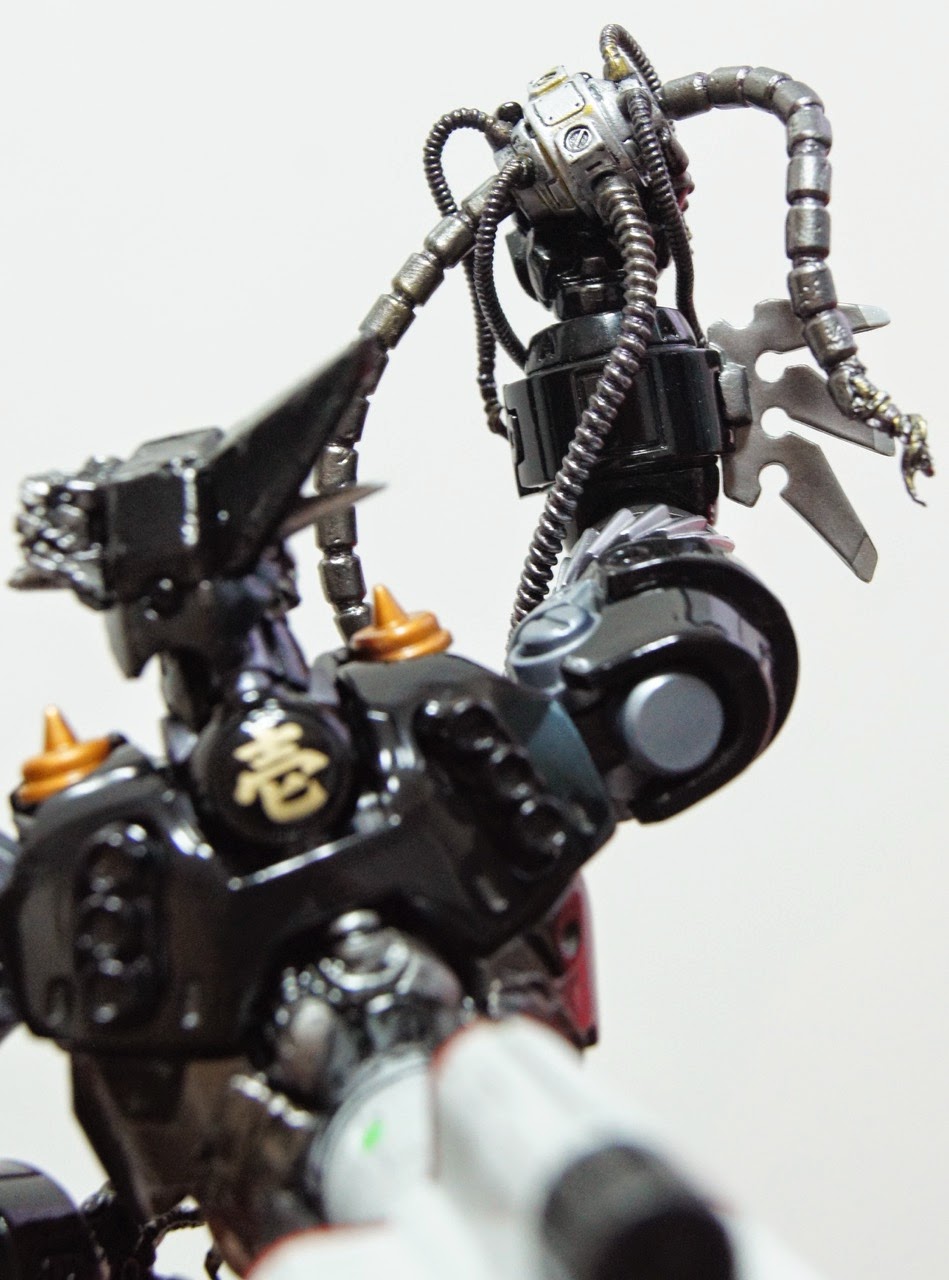 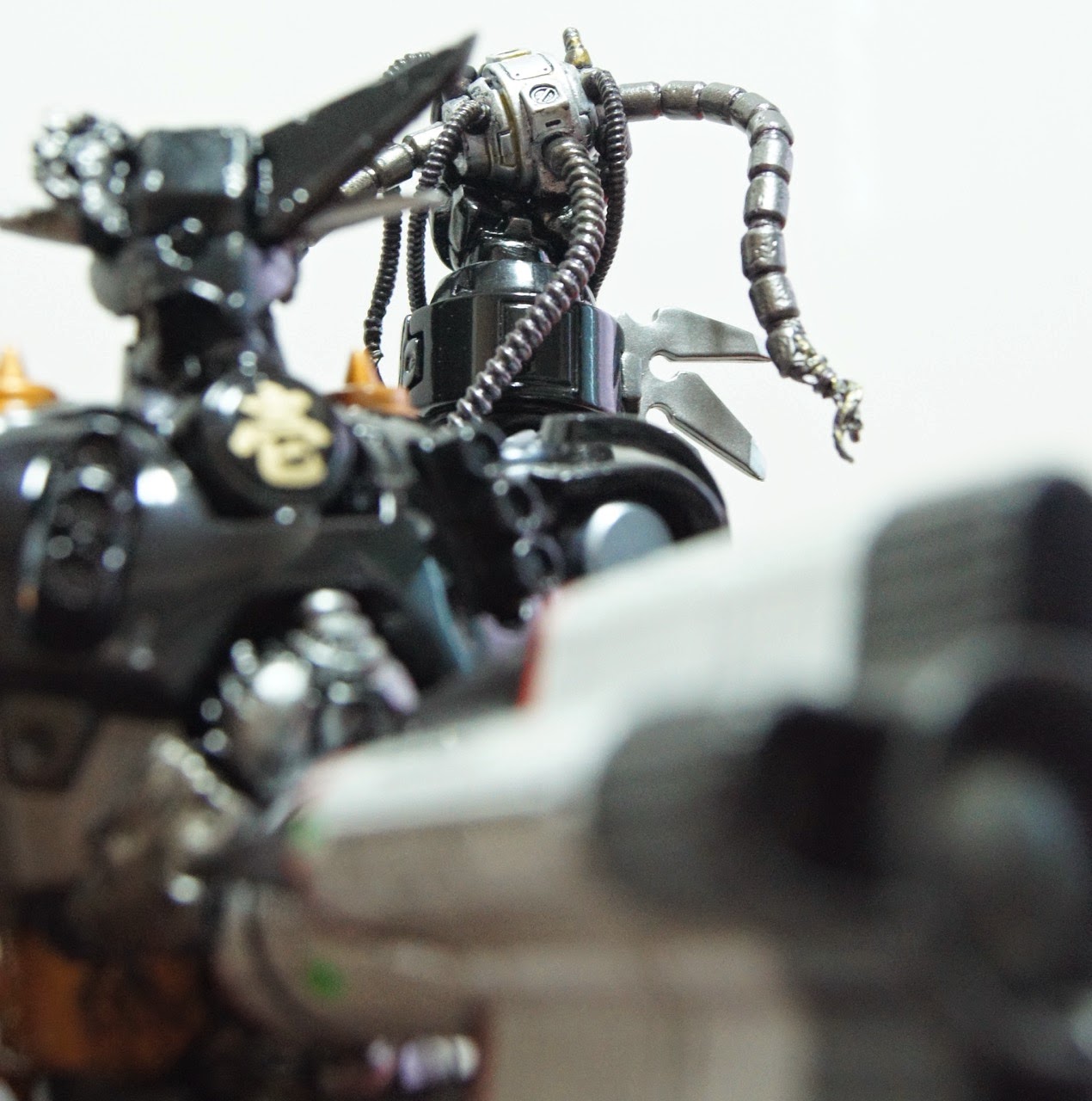 All these was done with the booster of the missile still stuck at the back of Getter. How Robot is that! Of course, in the animation, the rocket wasn't there on the back.
Posted by Jonloh at 12:04 AM