was first introduced in the animated series of 'The Clone Wars'. More information here. 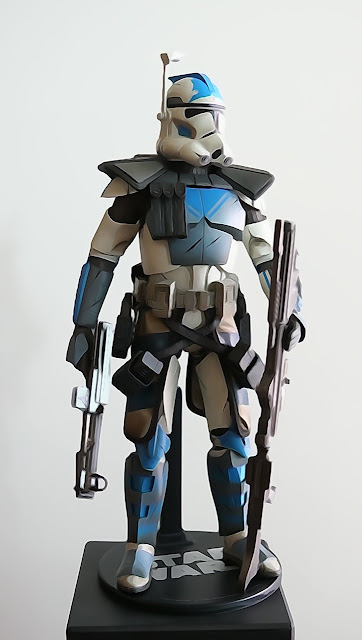 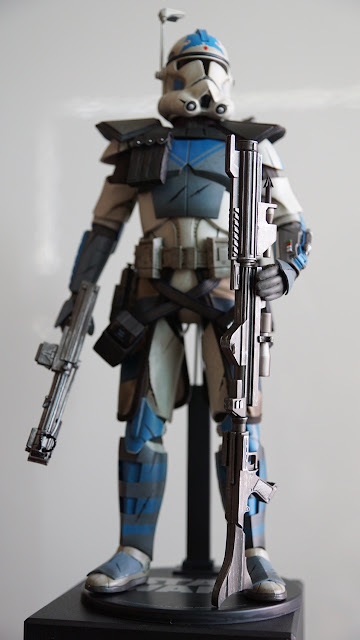 I think I have arrived at a saturation point of 1/6 scale troopers and will seriously consider ending my collection here.

Anyway, here is Fives in his Phase II armor and I chose Fives over Echo as he has a more distinct facial expression and more character in his head mould. 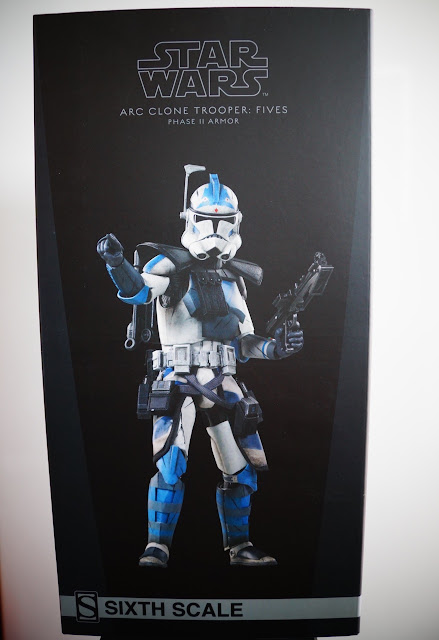 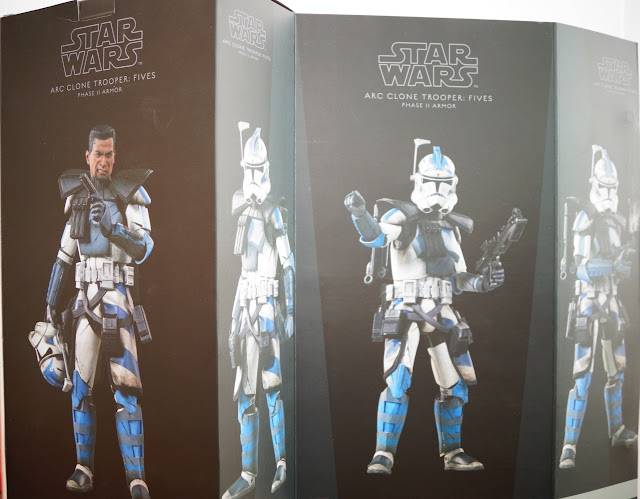 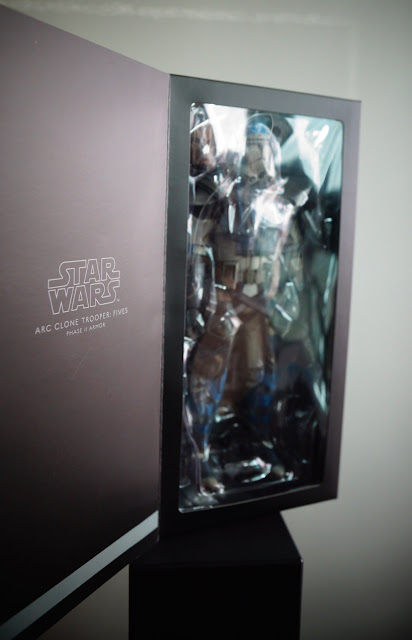 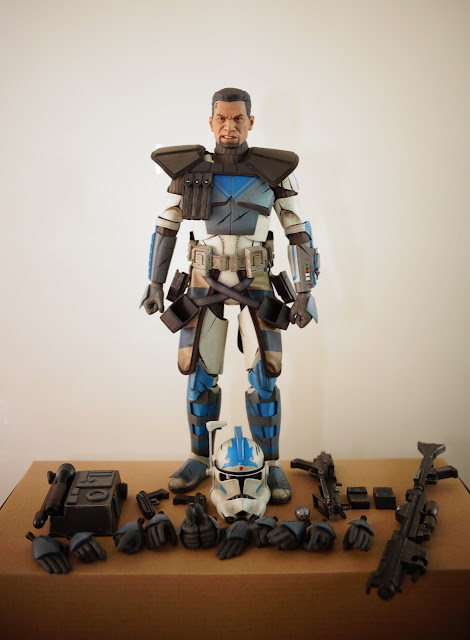 Everything Fives comes with. 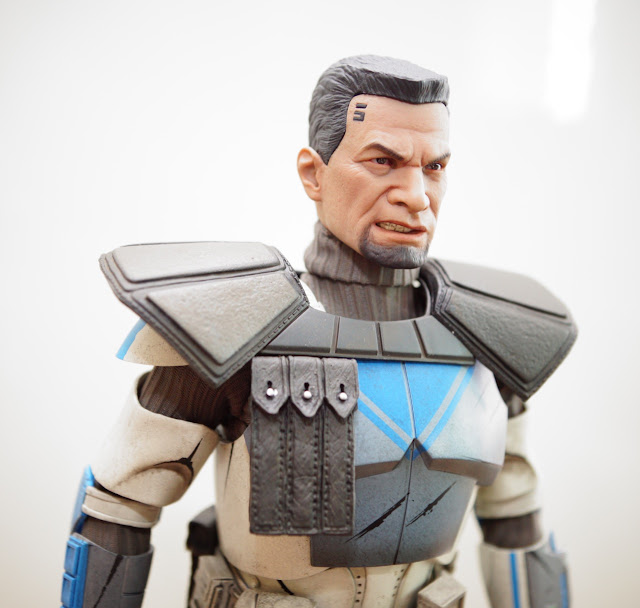 The head sculpt that I was referring to. I like that 'grrr' look on him. 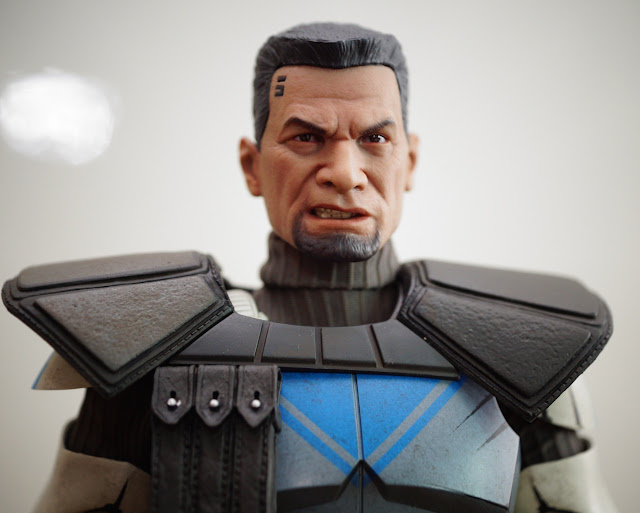 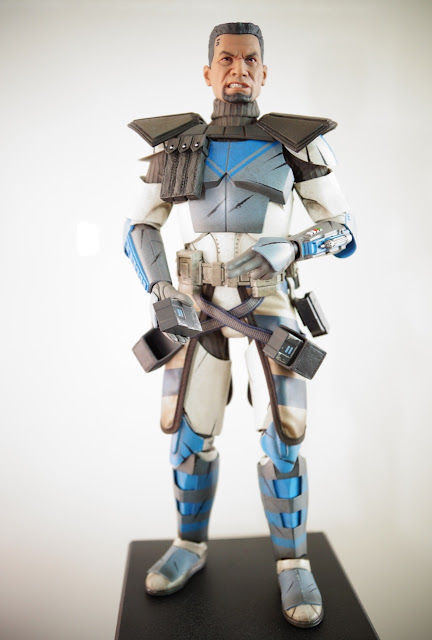 The multitude of hands provided adds lots of fun factor for the figure but not for someone like me who will just stick to one pose and I need only 2 hands. Well, I shouldn't complain anyway. Extra hands do come in handy. 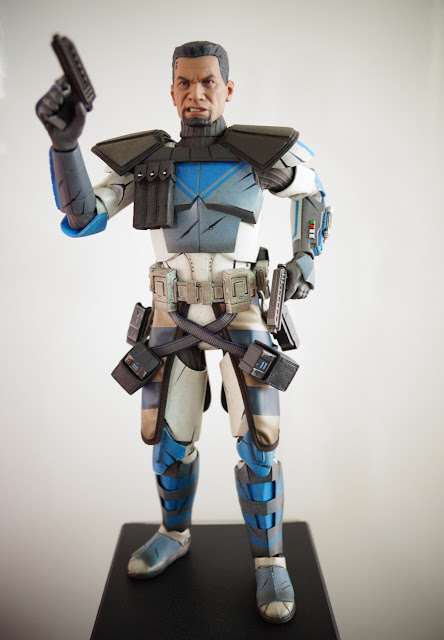 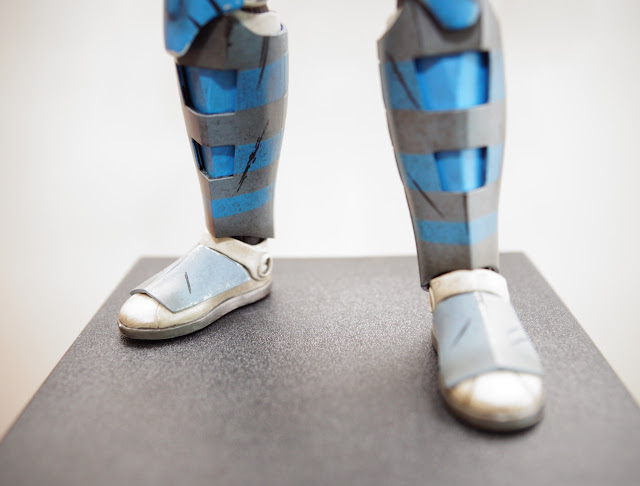 Although Sideshow's Prometheus type bodies have seen some improvements, it's the shape of the boots of the trooper that is the issue here in terms of keeping the figure stable. I have discovered using the shin guard and placing them above the boots to lock the legs. 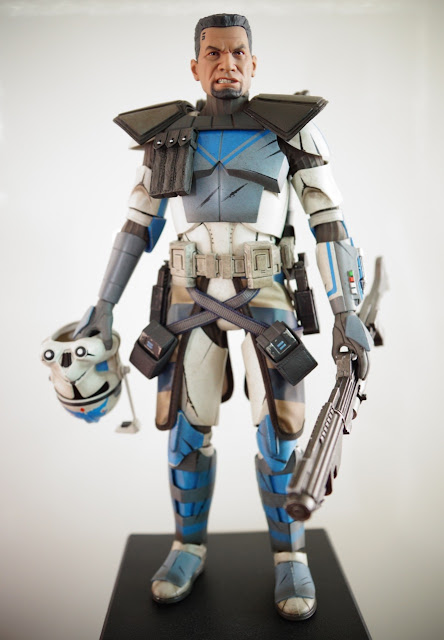 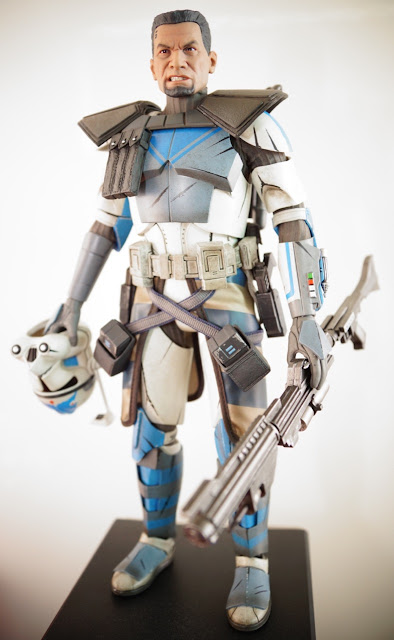 Actually, if not for space constraint, I would like to keep collecting whatever is being churned out. Look at the figure! It's a piece of artwork to me. 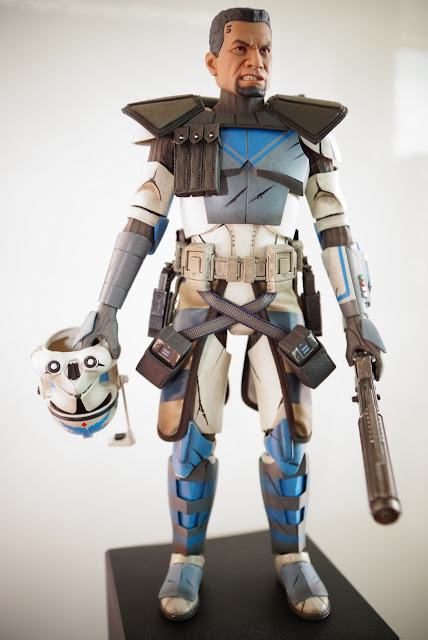 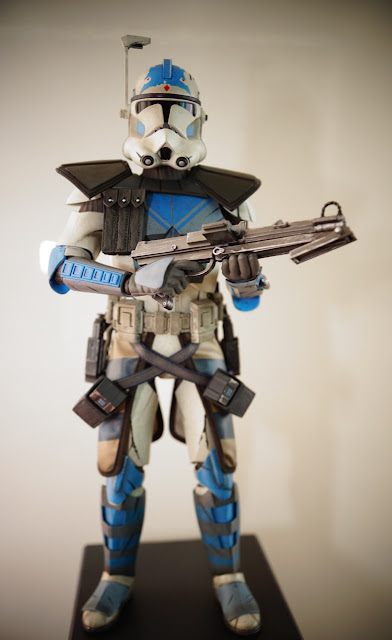 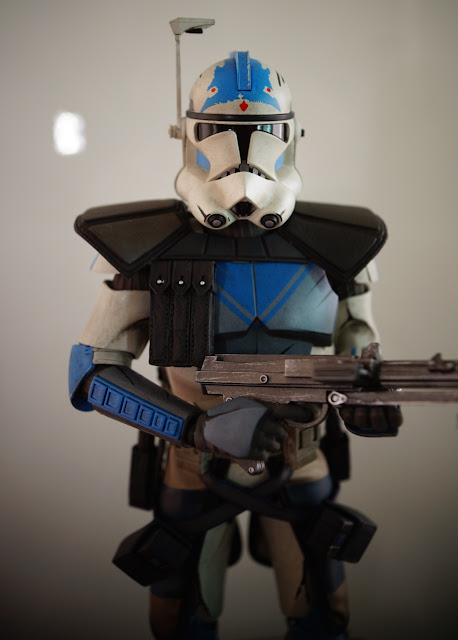 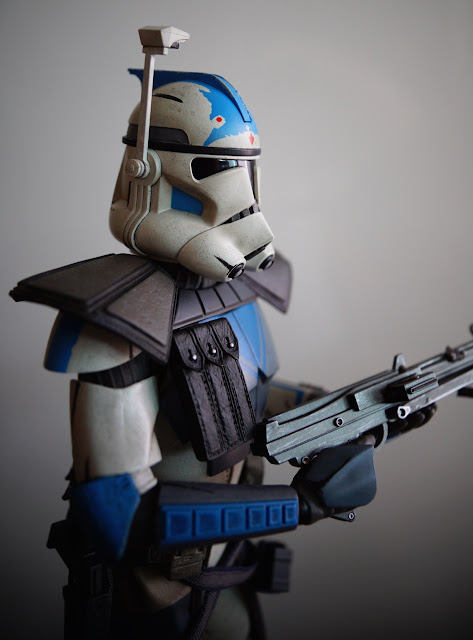 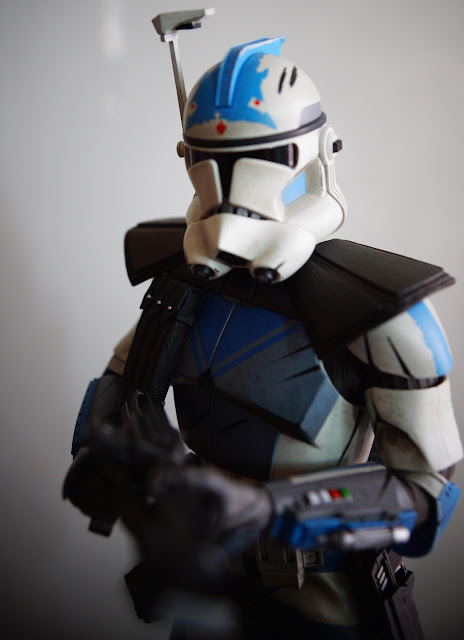 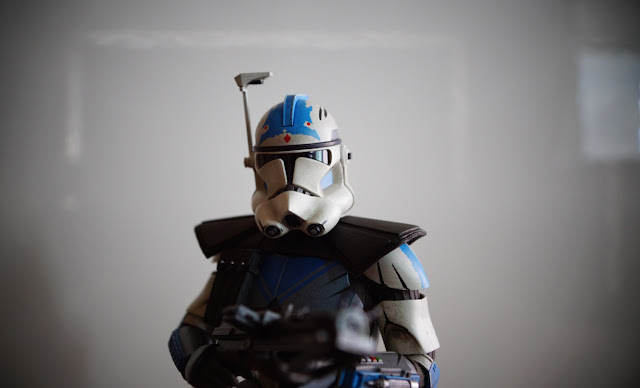 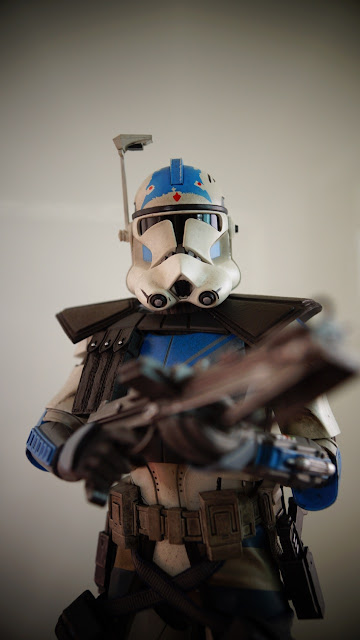 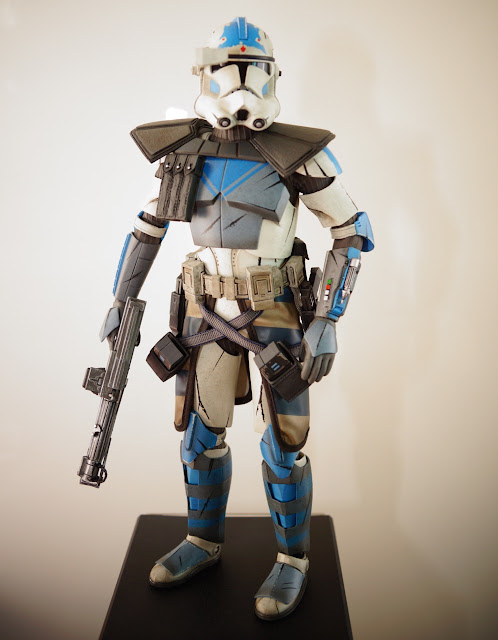 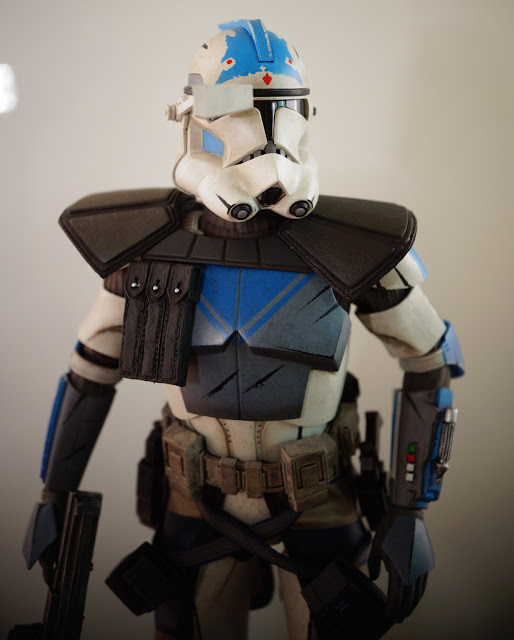 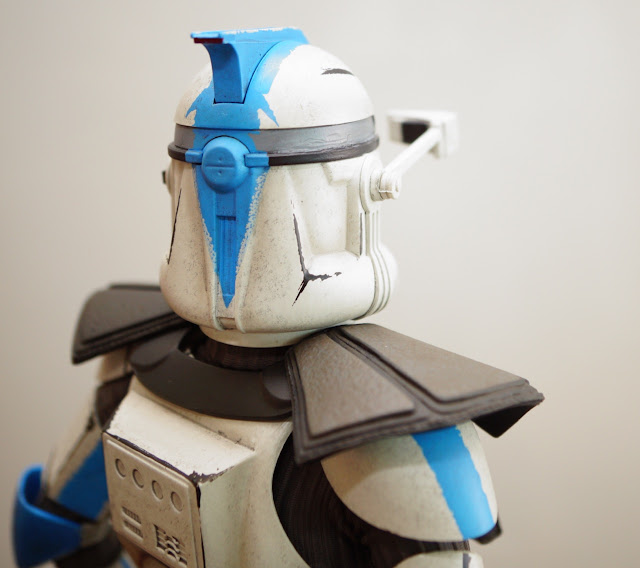 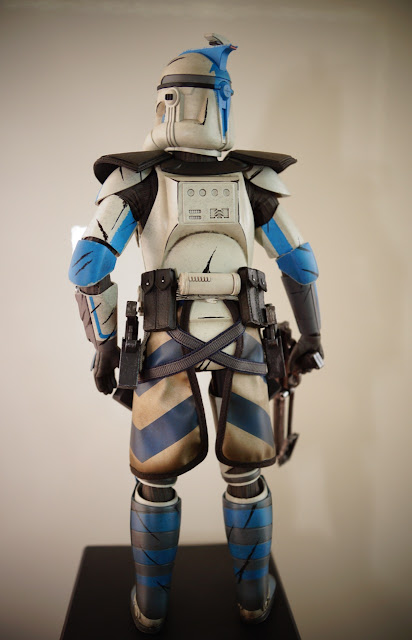 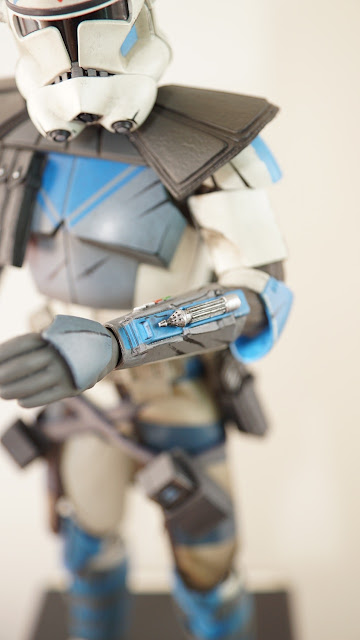 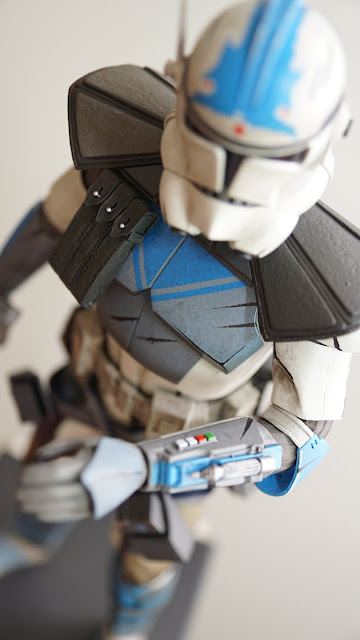 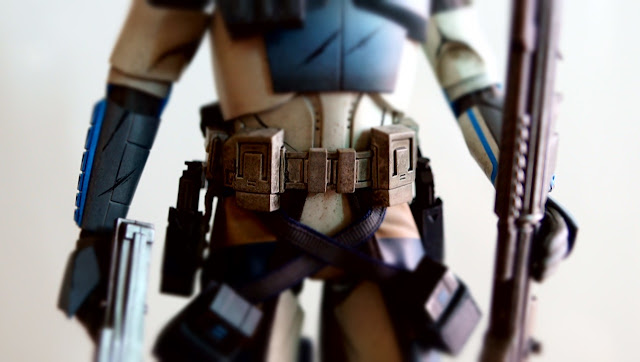 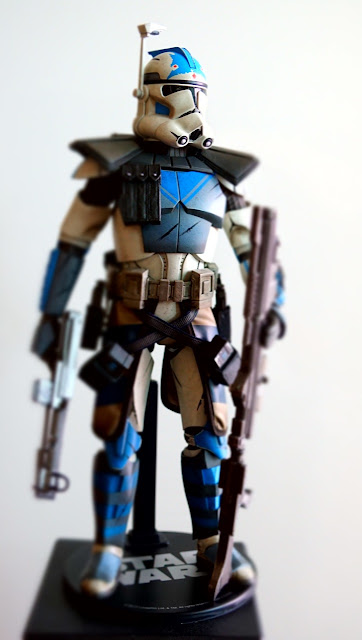 The stand provided will ensure Fives stands firm in my display cabinet.
Posted by Jonloh at 11:55 AM