is something I believe in and I am that kind of person (not very humble about it). Well, I may just have the right to feel a little proud about myself after 1 hour of work on my latest purchase.

Actually, it's not exactly anything new. Found a good deal for a Yamato 1/48 Roy Focker VF-1S online and naturally, I bought it.

When I opened it up, it was as white as snow. Then, a thought struck me....."Let's do a weathered version!" The idea is not original though. The weathered version of the VF-1S is a limited edition collectible that was available only during an Annual Japan Toy Festival known as Wonderfest in 2008.

The price of the weathered version is anything above $400 and so I decided that I create my own weathered version.....nothing a pencil and finger can't achieve. So, after a few many minutes.....here it is. My very own WEATHERED Roy Focker VF-1S!

The real mccoy is the one in the background....

Top view. I think I have done a decent job in giving it a really weathered look.

So good, it deserves another shot

with some of the clone troopers which I decided to set them free from their packaging to save some space for future purchases.

These are the 'dirty' version as they looked more seasoned from battles. I have replaced one of the trooper's helmet with Obi Wan's Clone helmet. A little sculpting was required but the final product is an eye candy. 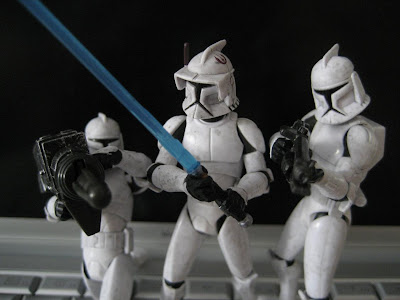 General Kenobi with the troopers flanking on both sides 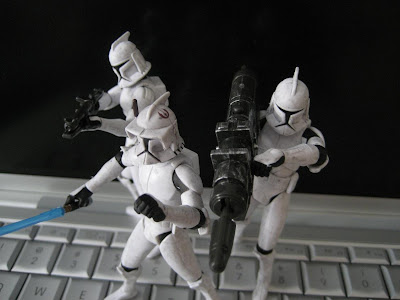 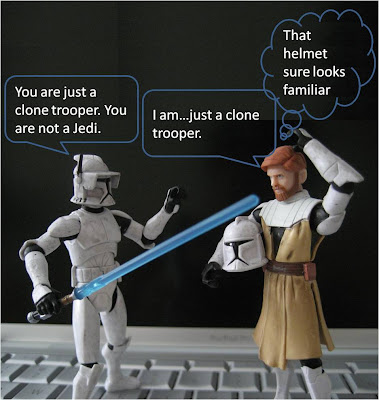 Trooper mind trick
Posted by Jonloh at 4:32 PM No comments:

is a very dangerous thing and it sure cost a lot of money. Given the current economy, I should really think about saving instead of spending but the urge to "Collect them all" is too strong to resist.

Anyway, I do not advocate any behaviour of being a spendthrift but this blog is simply to share my passion in collecting COLLECTIBLES

After the collection for Star Wars trooper kick started last month, it has been buying and buying .

So here they are, loose and MOSC (Mint on Sealed Card) 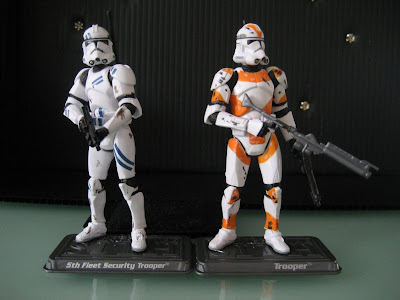 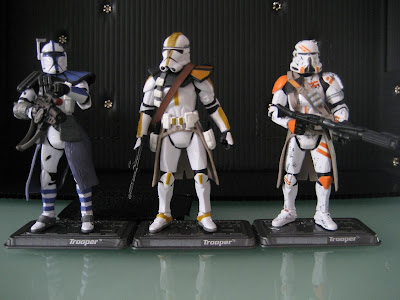 From left, we have ARC (Advance Recon Commandos) Trooper, 327th Star Corps Trooper and Airborne Trooper from Revenge of the Sith 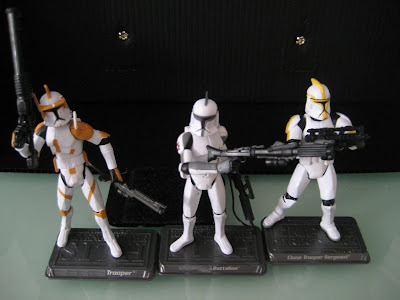 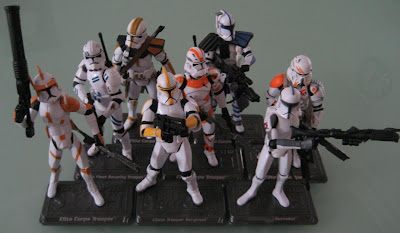 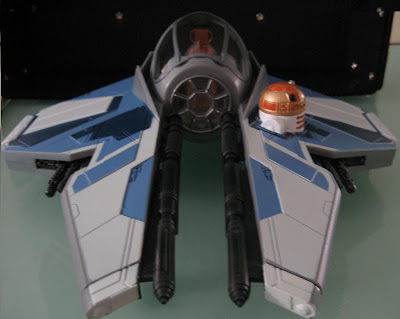 Never wanted to get any vehicle but again......whatever. This is a Jedi used Starfighter from episode I-III. Specifically, this belongs to Aayla Secura. This picture features it in landed mode. 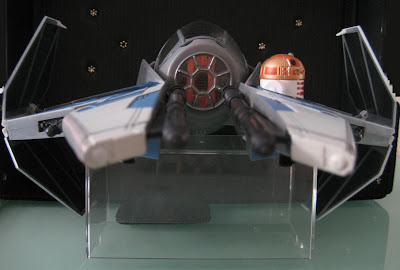 This picture here shows it in the flight mode. See the resemblance of a Tie Fighter from A New Hope? Not surprising as it's a Republic developed ship. 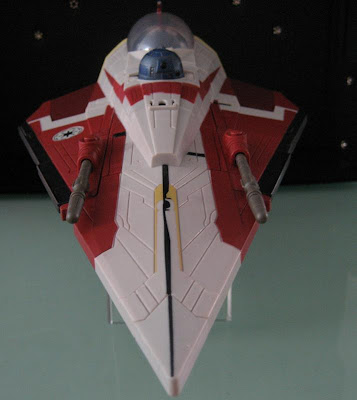 This Starfighter belongs to Obi Wan Kenobi from the animated series of The Clone Wars. Very aerodynamic and it closely resembles the Star Destroyers from Episode IV onwards. 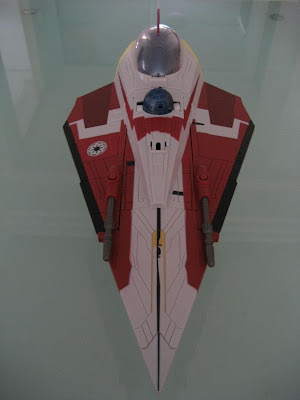 There's a little gimmick here that allows the starfighter to be split into 2 but I rather not do that as it's not anime correct. 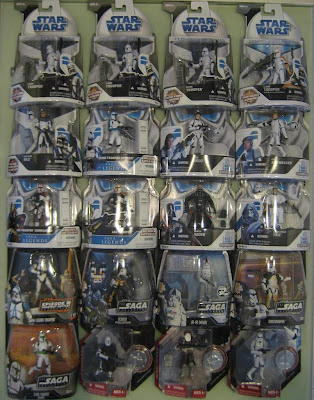 The above shows all the carded clones and 1 Darth Vadar which I have not opened. If you noticed, you would see Han Solo and Luke Skywalker in Stormtrooper uniform from The New Hope. Ironically, I had them and sold them away years ago when I decided to stop Star Wars.
Posted by Jonloh at 9:50 PM No comments: