then you know you have found the one. Well, at least in the case of toy hunting. It went all the way to the Pearl of the Orient; Hong Kong. I was at my favorite haunt, CTMA Centre at Mongkok when I found what I have searching for - Robot (魂) Damashii F97 Crossbone Gundam X-2 Custom.
I paid $238 Hong Kong dollar which works to around $48 Sing dollar and it could have been cheaper but it still beat the $60+ which I was offered. 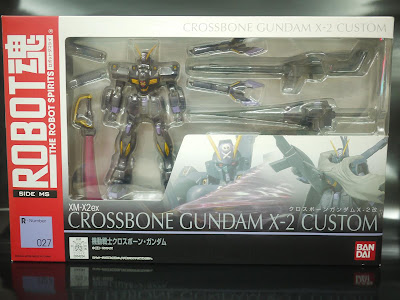 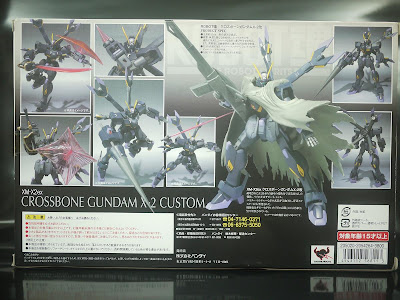 All the details are shown 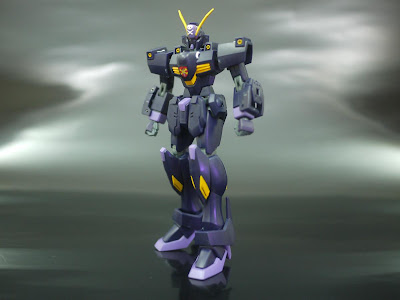 Basic figure out of the box 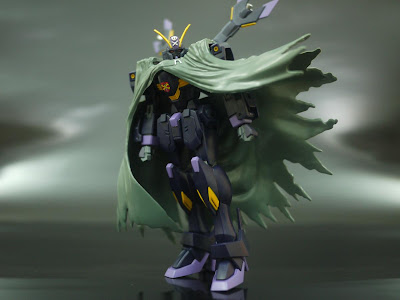 The Crossbone is from the F91 series and the pix above is the X-2 with the anti-beam coating cloak. 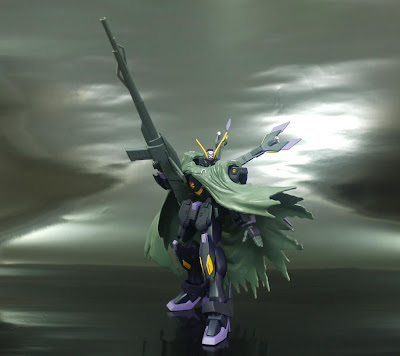 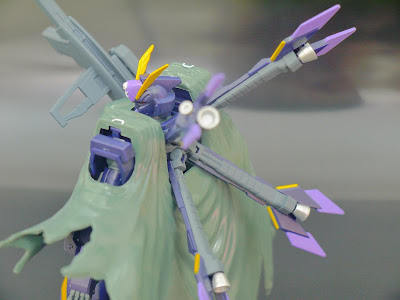 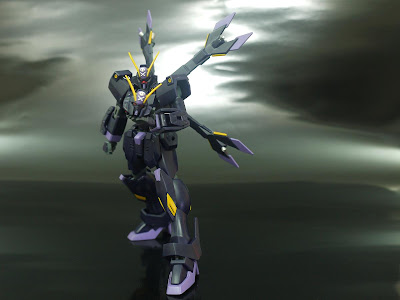 There are two heads provided in the packaging, the open mouth head is when the X-2 is dissipating excess heat from its bio-computer system. 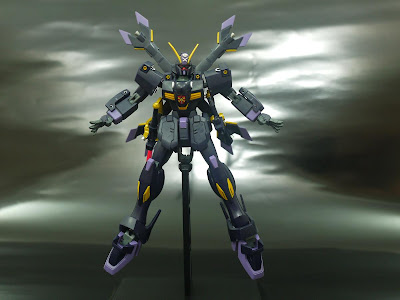 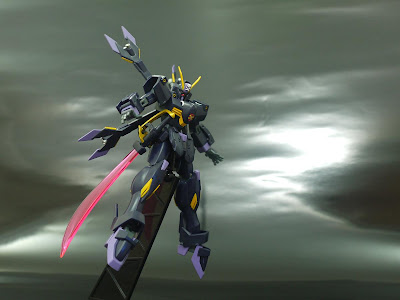 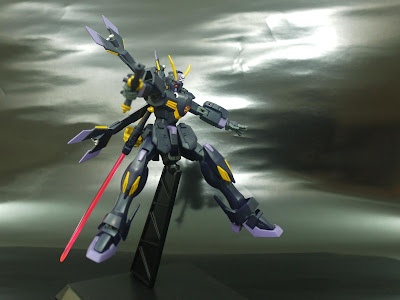 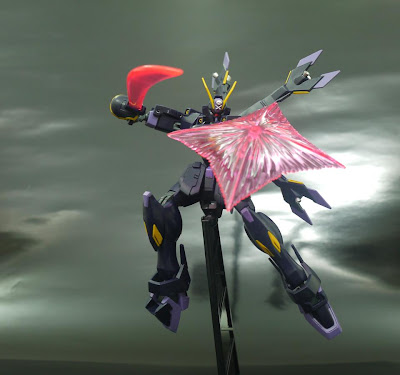 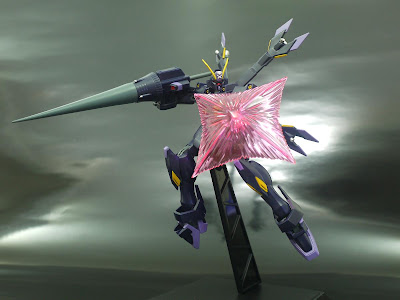 Shot Lancer which is mounted with 4-barrel heavy machine gun 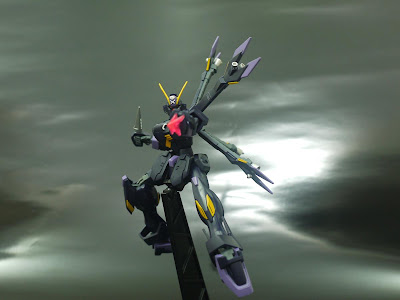 dagger which is store in the foot and beam dagger from forearm. 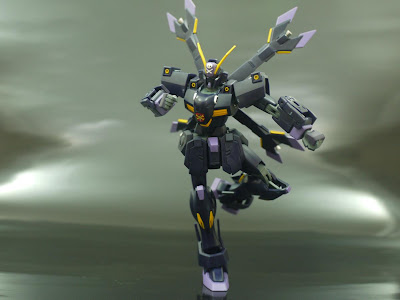 Overall, figures under this line by Bandai is great but the pricing isn't especially when it hits our shore.
Posted by Jonloh at 8:01 AM No comments:

is the latest edition to my collection of Yamaguchi Revotech. I don't really remember watching the Getter Robots series and getting this is due to its many cool factors. 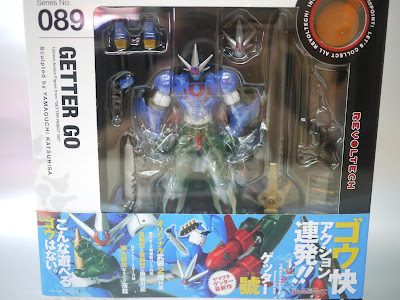 Packaging wise is pretty much kept to standard Kaiyodo style and as usual there are a load of accessories that comes with the figure. 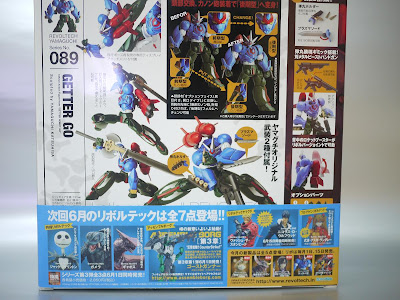 Back of the box shows you how poseable this figure is and some ads to update you on what's coming up next and it's a monthly release for Revoltechs. 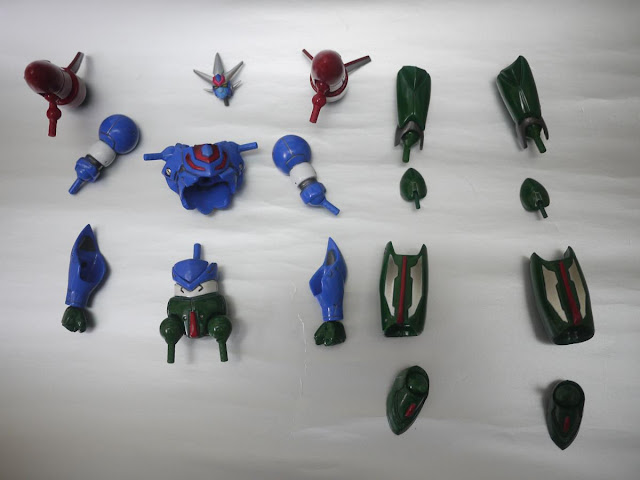 The pix above shows how many joints there are to provide the figure with such good articulation and the proprietary revol joints take credit for it. 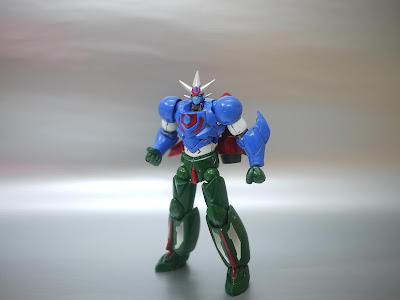 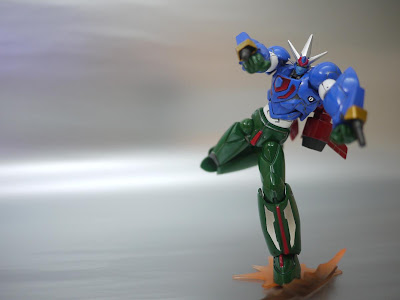 There are many accessories and I try my very best to fix them all and pose the figure in the best poses that I can think of or copy from the packaging. 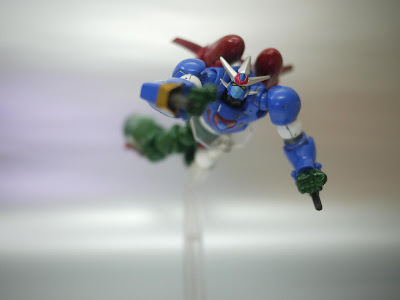 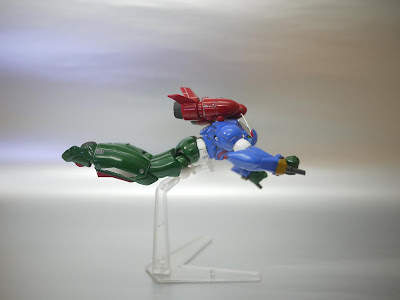 This figure really is a very nice display piece and the only headache is which pose or which accessories would one like to snap on? 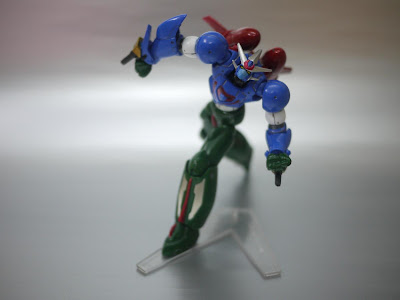 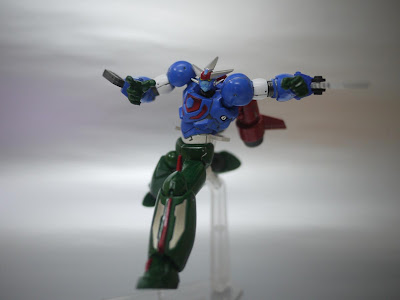 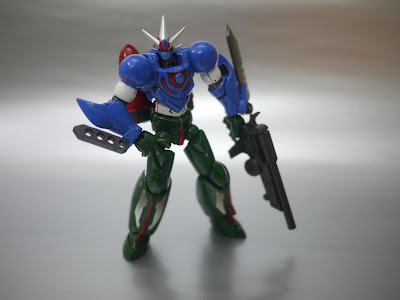 The shot gun is a very detailed accessories here as it has a loading chamber which the bullet shell can be inserted into. There are 6 individual shells provided to be slotted into a shell holder on the right wrist and the hands are able to hold the shells individually. Very nice touch indeed. 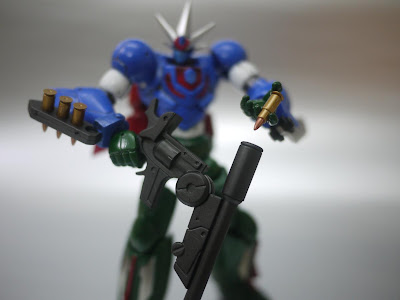 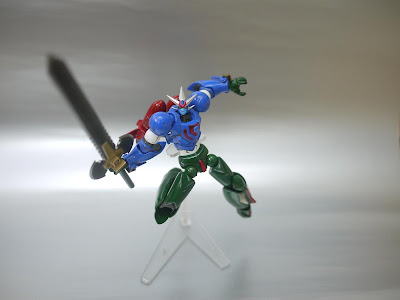 The next thing that really got me excited is the huge sword which the figure has no problem holding with either one or both hands. Sweet! 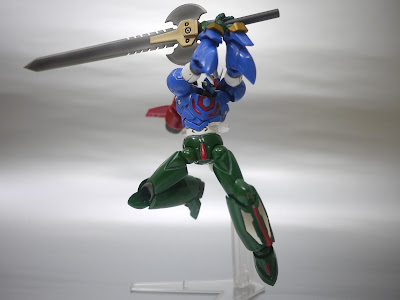 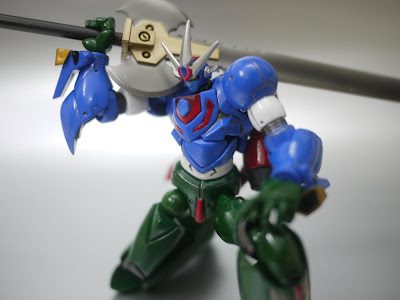 Articulation is so fantastic that it can perform almost any pose imaginable. This is a great figure and Kaiyodo is indeed doing a great job in producing quality collectible items. 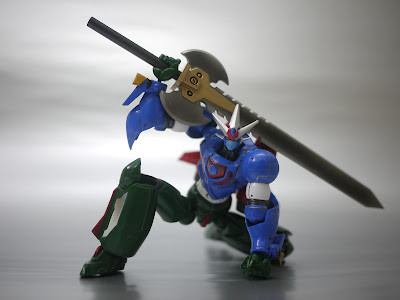