in terms of the price in the SHFiguarts latest vehicle series for Kamen Rider Double - "The Turbuler Unit"; this is what you get when Japanese does the naming. 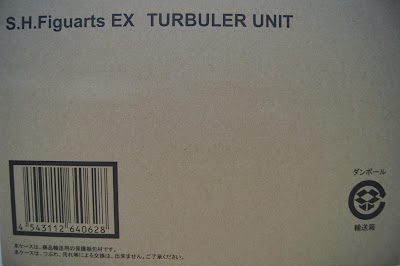 It arrived in an inconspicuous carton box packaging but collectors know what's the content with the text on the box. 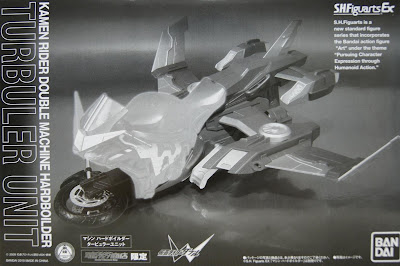 The packaging of the Turbuler Unit is an all black and white scheme. I find it classy and noticed the "Tamashii Collectors' Shop" sign at the lower left corner. That explains the price (didn't know prior to pick up). 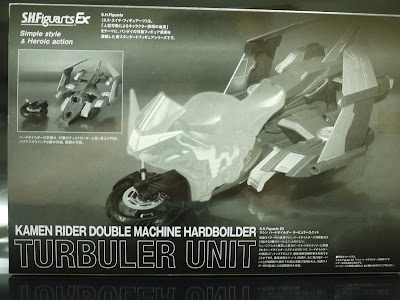 Back of the packaging is the same colour scheme with a stand down mode of the unit. By the way, it does not come with Hardboiler. 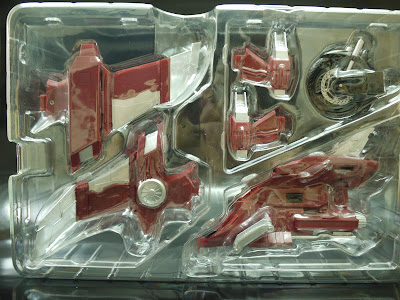 Everything is housed in a single tray with 6 parts altogether and in my opinion; cheap plastics. Very bootleg kind of feel. 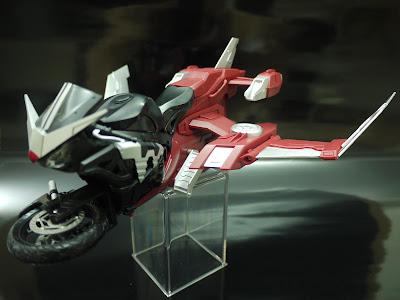 You will need to own Hardboiler to attach the unit together to form the Turbuler mode for flight. 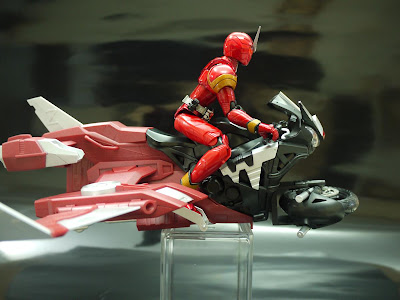 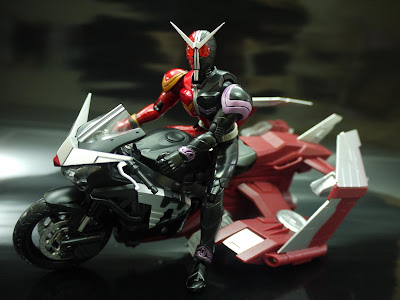 Verdict: Nothing spectacular about the Turbuler unit except if you REALLY want it. The price-tag for this is way too high and unjustifiable even by my standards.
Posted by Jonloh at 8:08 AM No comments: 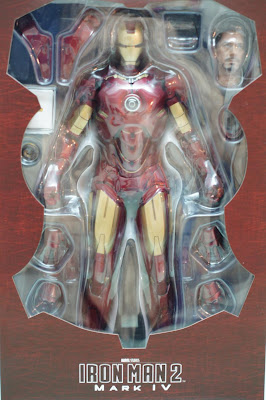 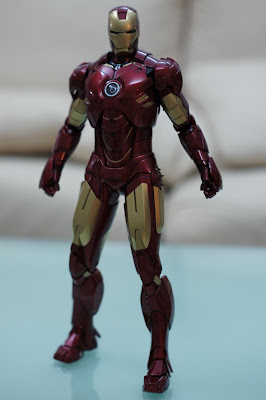 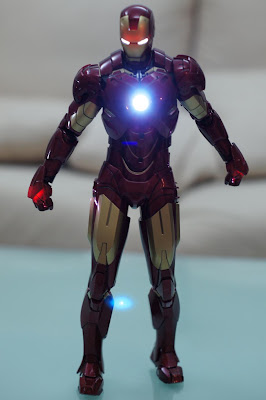 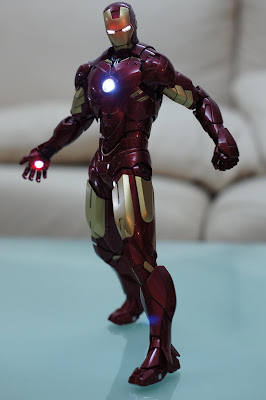 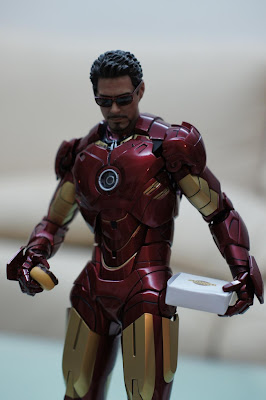 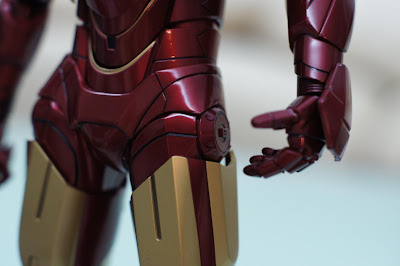 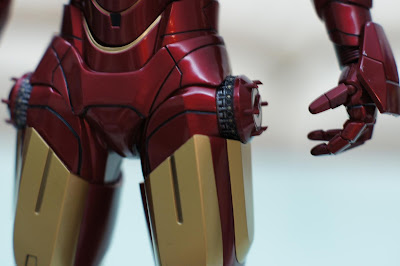 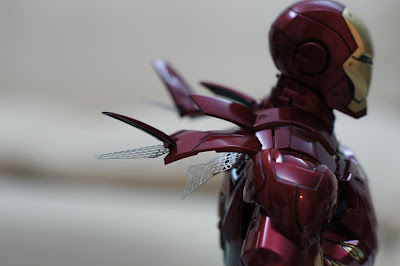 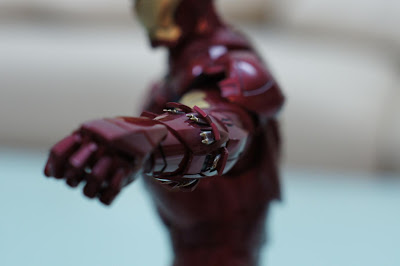 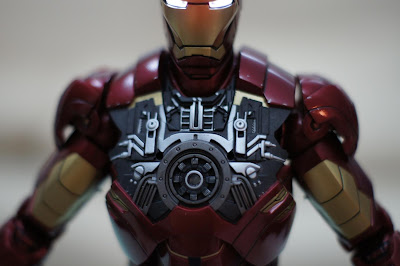 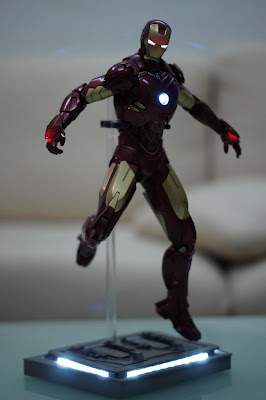 Anyway, great piece to own and if you are into Iron Man; Hot Toys never fail in this 12" category.
Posted by Jonloh at 10:47 AM No comments:

after some months of solitude from toy purchasing. However, old habits die hard and it the effects didn't last long when I bumped into this Cybertronian Soundwave under the TF Generations series from Hasbro. Had already been receiving pre-order emails of this under TakaraTomy release but gave it a miss. 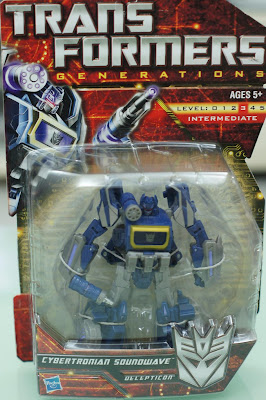 The price tag of $16.90 was the draw then that enticed me to buy 'him' at TRU last Christmas. 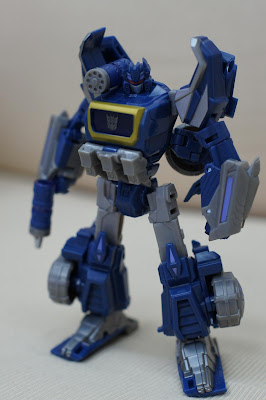 Overall, the figure is very well designed and articulation is fantastic and very poseable. The only gripe I have is the colour but that's just Hasbro standards. Took out my trusty silver marker and painted the 'Teeth' on the chest of the figure to make it look less plastic. 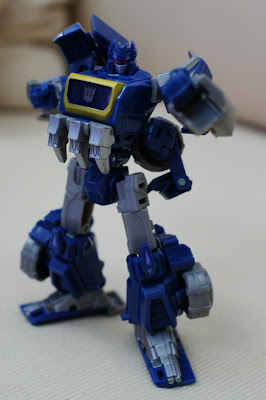 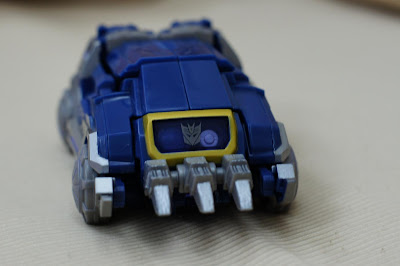 Transformation is very simple and the alter mode is an armour truck. The chest can be opened up to store weapons; paying homage to the original Soundwave whose chest opens up for the 'cassettes'. 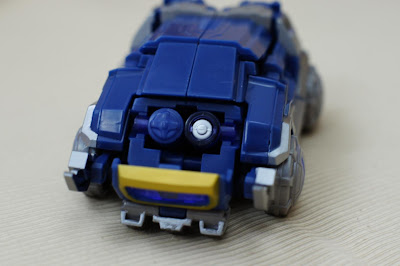 Great figure to own and display with. TakaraTomy version will come in a more realistic or better paint scheme and of course a more premium price-tag.
Posted by Jonloh at 10:16 AM No comments: