is one evil looking Prime mainly because of its colour scheme. This is from the Universe or Henkei series where it is paying homage to Generattion 1 of Transformers.
Nemesis Prime was a created when Optimus Prime was scanned by the Decepticons and thus creating a robot that looks exactly like Prime but has an evil alterego; thus, Nemesis Prime. 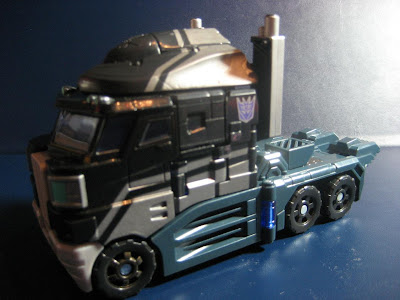 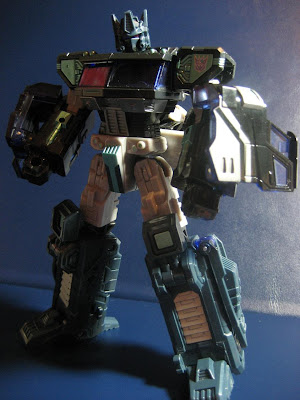 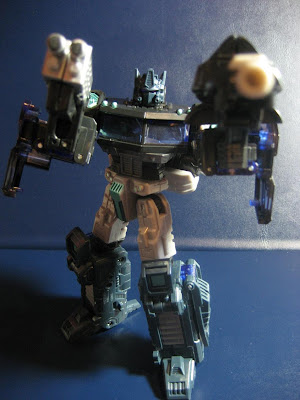 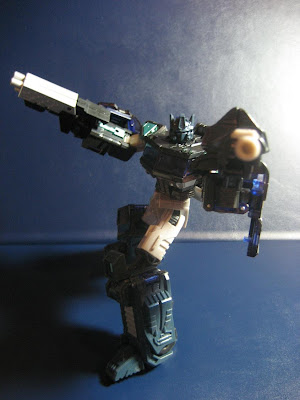 A couple of shots to feature the articulation of this figure 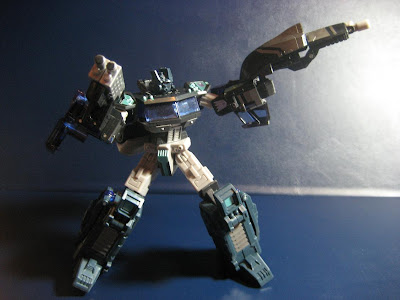 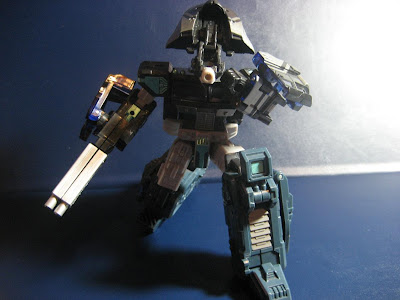 Sniper mode (self created, not official)
This figure comes with many articulation points and thus giving it a lot of dynamic poses. It is indeed a very well-made Prime. The series do come with other paint scheme, Optimus Prime (OP) and Ultra Magnus (UM) using the exact same mould. 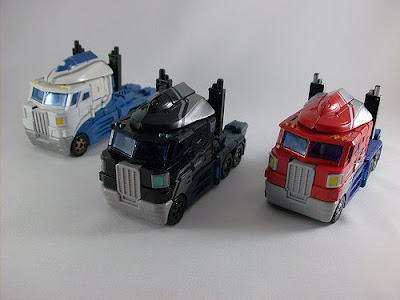 Pictures I took from the net as I have not opened my OP an UM yet
Posted by Jonloh at 1:01 AM