of my toy collecting roots; Stormtroopers from Star Wars. I have always like those super soldiers with their white armoured plated suits. However, it was also the reason why I gave up the whole trooper collection as it was so exclusive back then that I could not afford to buy them from specialty shops.

A Decade and a half later, watching 'The Clone Wars' with my son rekindled my feelings towards the troopers. It started with him asking me to get him toys from the series and I of course did not let go of the opportunities to grab a couple of them.

Here are the first 4 of my new troopers collection. Personally, I prefer the clone troopers more as compared to Stormtroopers. Perhaps, it's because I understand them better as the series made the clones more human while Stormtrooper from the original Star Wars trilogy is more of a killing machine. 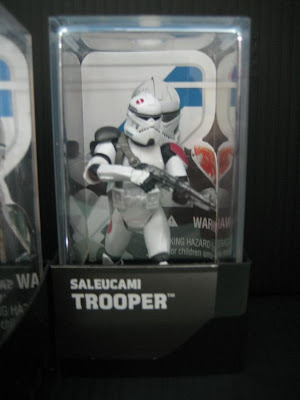 Saleucami Trooper were featured in 'Revenge of the Sith' where Order 66 was given from the Republic to treat all Jedi as a threat. 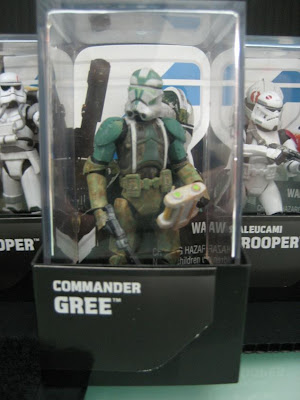 Commander Gree was also featured in 'Revenge of the Sith' who was actually under the command of Jedi master, Yoda. However, upon receiving Order 66, he attempted to eliminate Yoda. 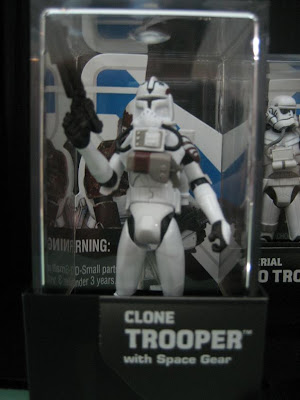 This is a Space Gear Clone Trooper which is basically a regular Clone with space gear for outer space missions. 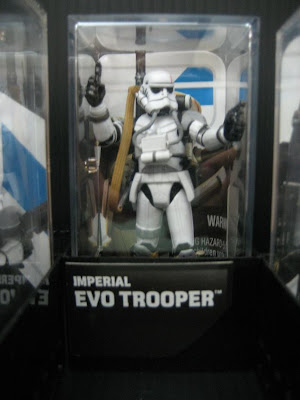 Finally, a Stormtrooper; the difference between a clone and storm is in the helmet. Evo Troopers are the stormtroopers equipped with enhanced armour to withstand treacherous conditions in the unknown planets of the galaxy. 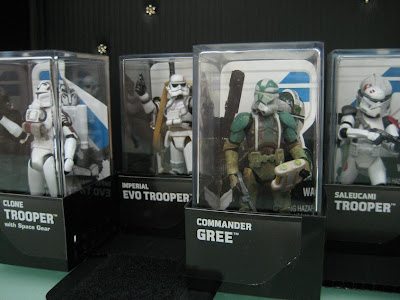 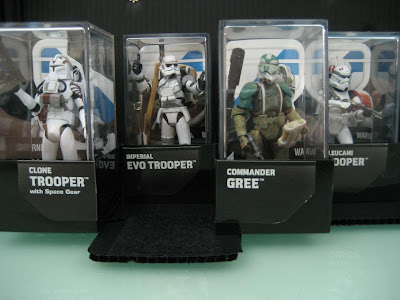 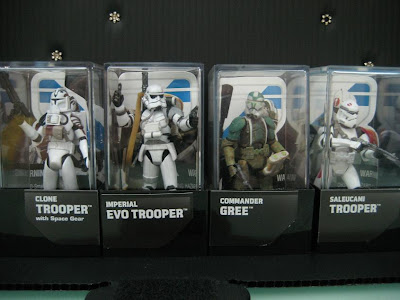 I have yet again recycled the air refresher containers to create display cases for each of the troopers. I think I'm not going to stop at 4. More if I can afford it.
Posted by Jonloh at 10:53 PM