UNKNOWN to some is the elite special ops force from the United Kingdom and I recently acquired the tactical suit for Liam Neeson (an Irish). 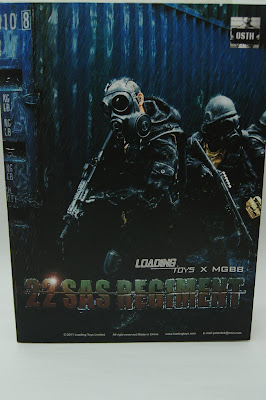 I'm slightly disappointed with this set from Loading Toys as there were a couple of flaws and products that were not up to expectations. 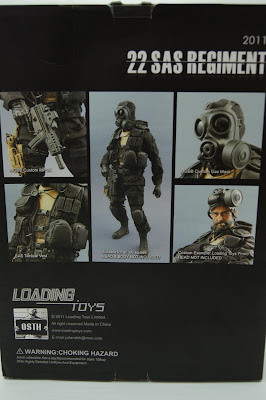 Packaging here is so-so and it's a good thing as it made the decision to dispose easier. 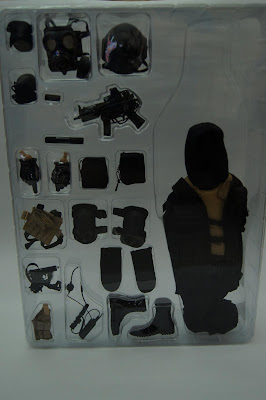 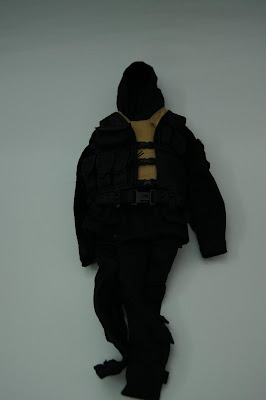 The tactical suit is passable while some of the other accessories were not. Firstly, the boots are plastic moulded unlike the ones shown in the promo. Next, the two weapons; the MP5K's Eotech tactical sight is painted instead of clear plastic and the magazine of the M911 pistol drops out in whatever position and the top barrel does not lock in place too. 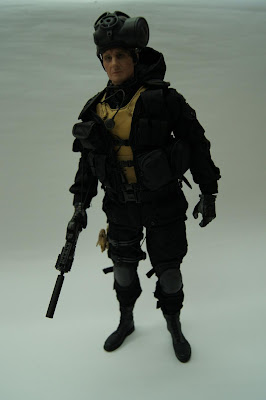 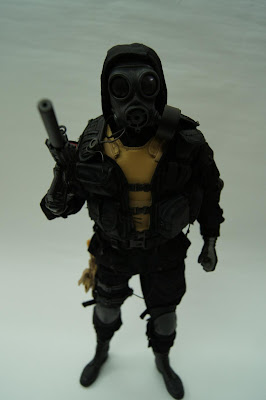 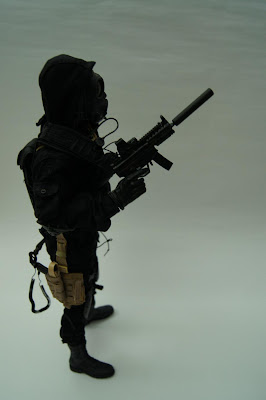 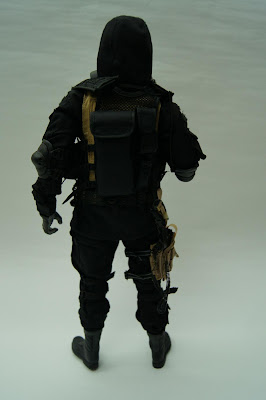 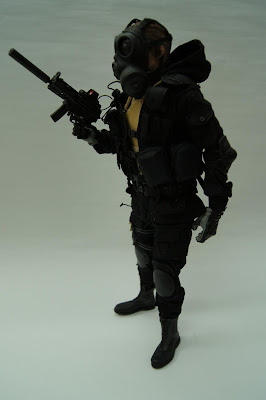 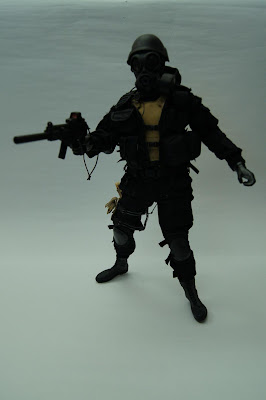 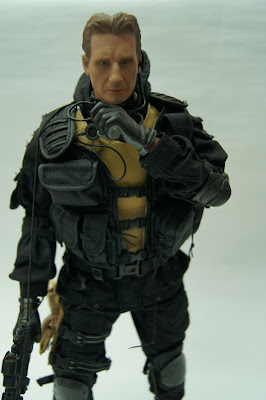 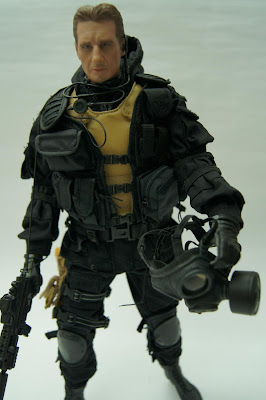 The gas mask is one of the better made items in this set and it fits snugly on most heads. 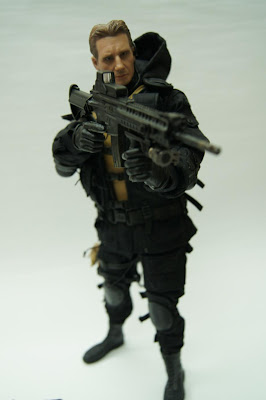 In short, this set is all right if you have other 1/6 accessories to replace those that are not so fantastic and that again is subjective opinion.
Posted by Jonloh at 4:22 PM