Mentioned in earlier post that I have been buying but not posting as diligently as the toys arrived.

This entry features the Death Trooper from the movie Rogue One - A Star Wars Story. 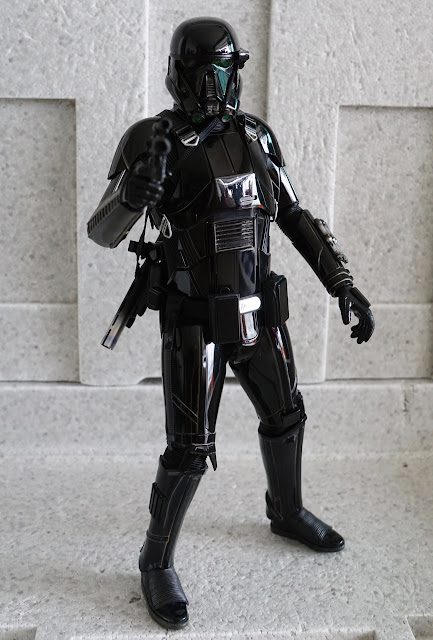 Chose this because of the LEDs in the helmet. 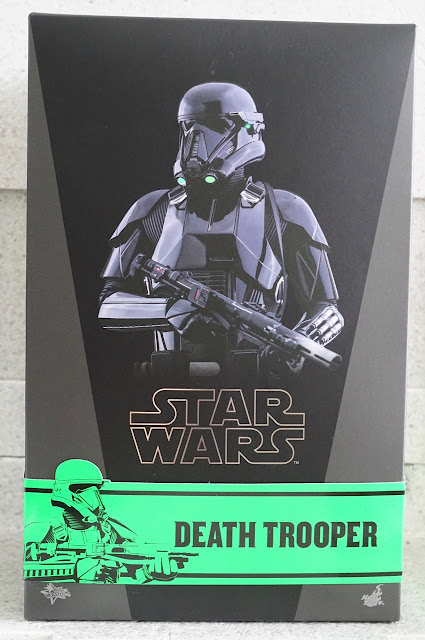 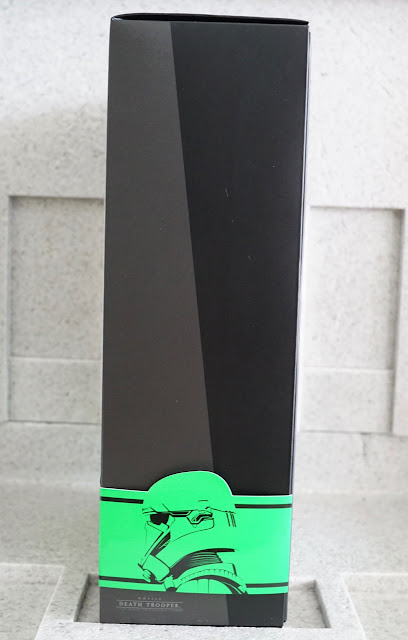 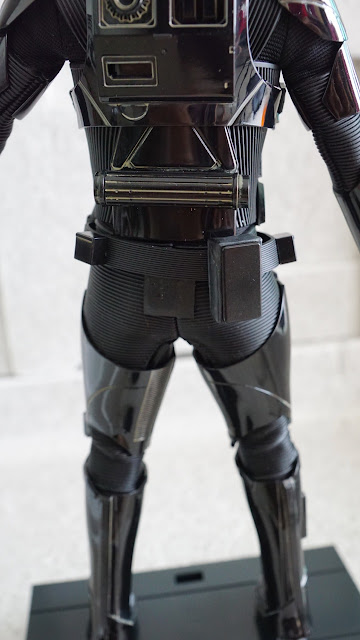 Another classic example of the standard manufacturing defects and again, nothing I can't do to fix it. 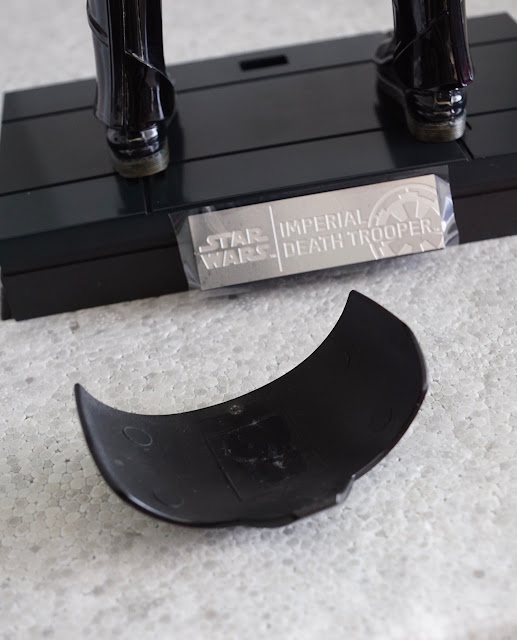 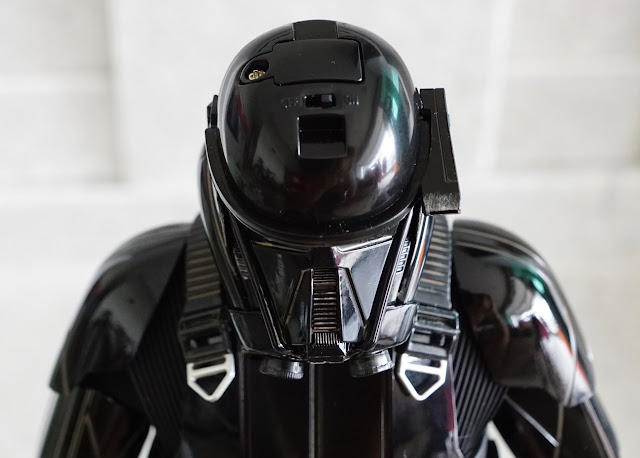 The battery compartment is on the head like the Iron Man ones and batteries are provided but bring your own screw driver. 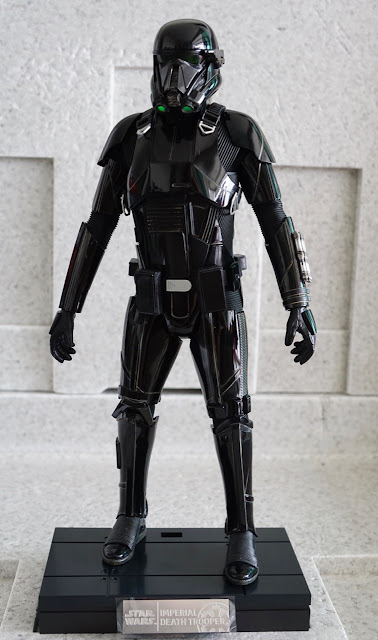 A display stand comes with it as like all Hot Toys figure. 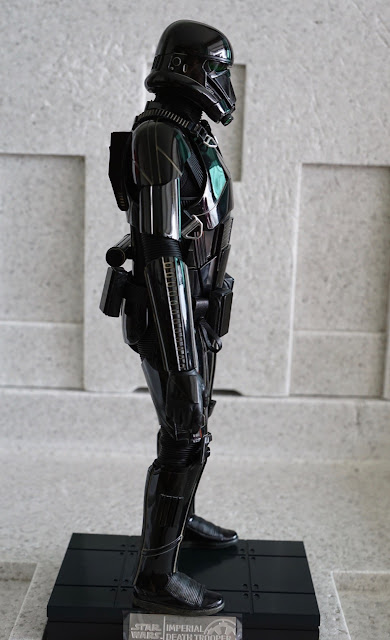 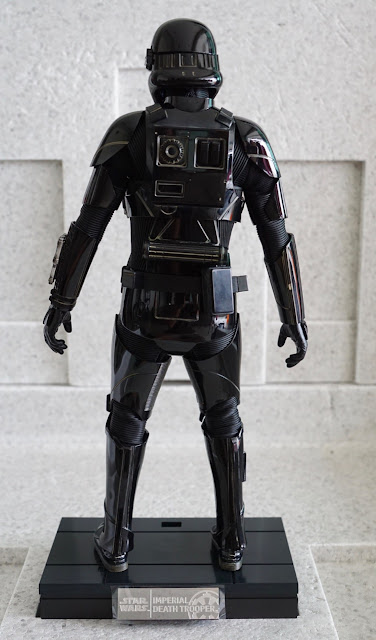 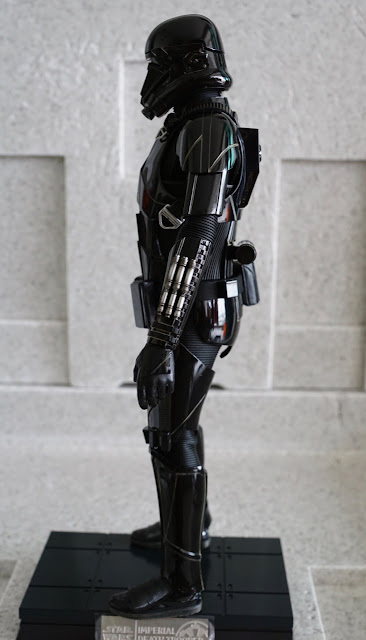 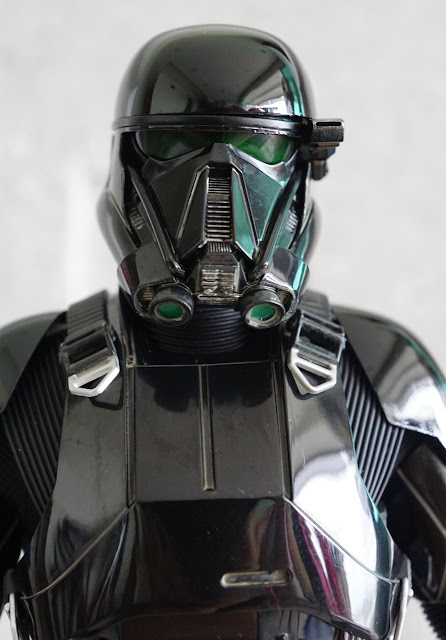 The light feature is rather subtle and I have do think mine has issue as it looks different from those in the promo. 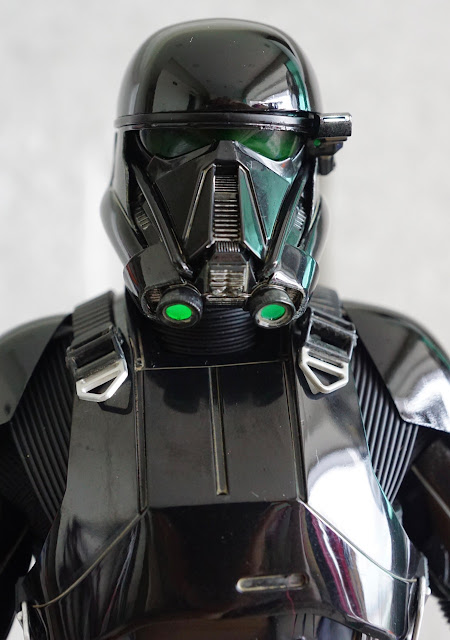 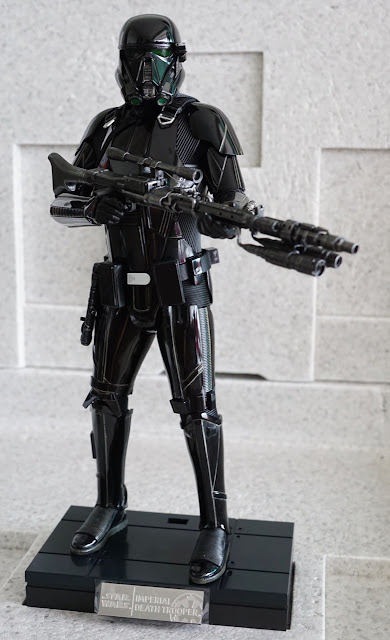 On with posing it with its weapon and like all Hot Toys Star Wars troopers, this has very limited articulation. 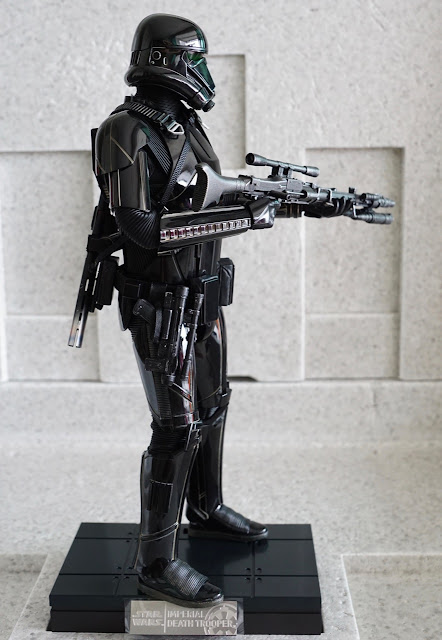 The first weapon is the DLT-19D heavy blaster rifle. 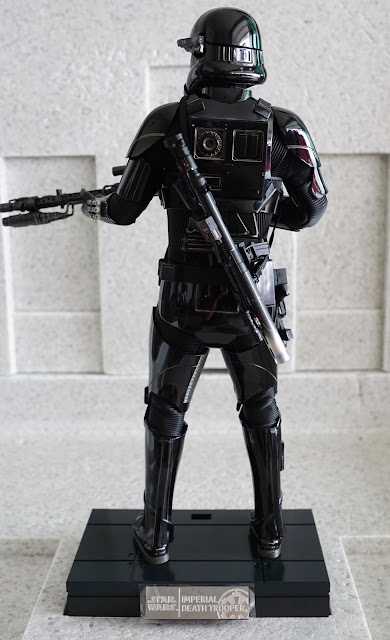 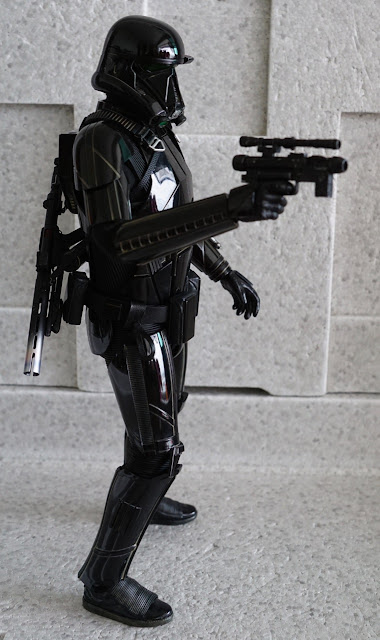 Next, the SE-14r Light Repeating Blaster. 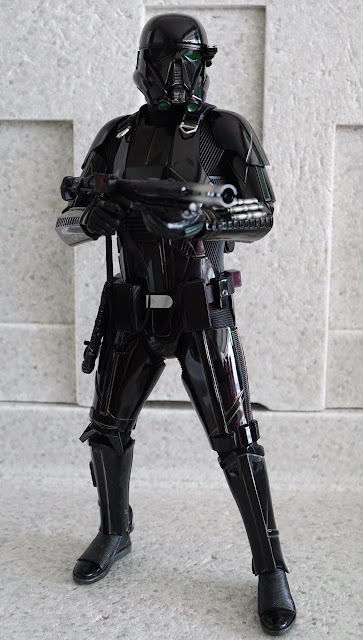 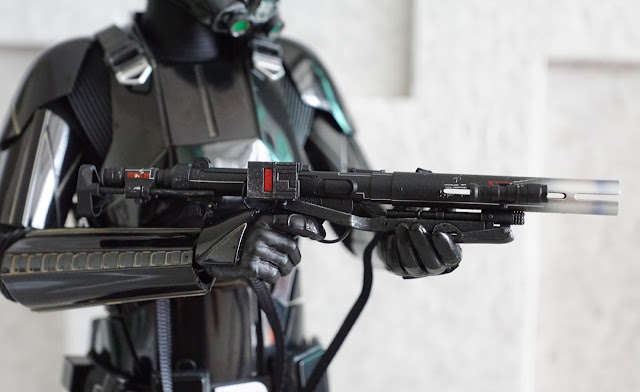