as I never could have imagined myself owning any Star Wars release under the Lego line. Anyway, this set was on sale at $10 off its retail price. 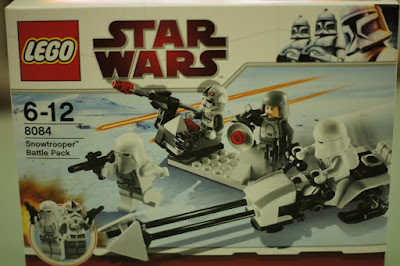 Anyway, did my math and 4 figures with a snow speederbike is a worthy bargain and I bought it. It's really for the fun of it. 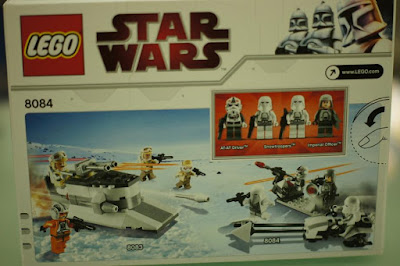 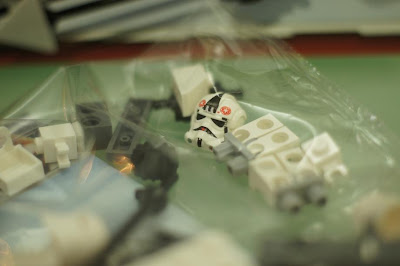 The main draw has to be the AT-AT driver head sculpt and of course the snowtroopers sweeten the deal too. 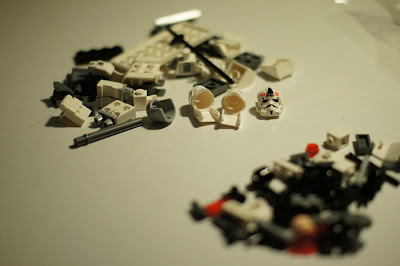 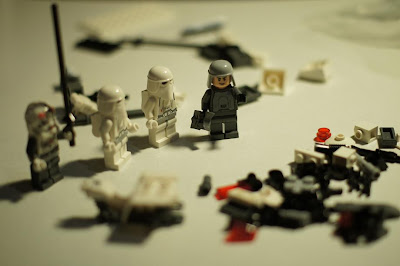 The figures were fixed up in no time and now the battle station and the snow speederbike. 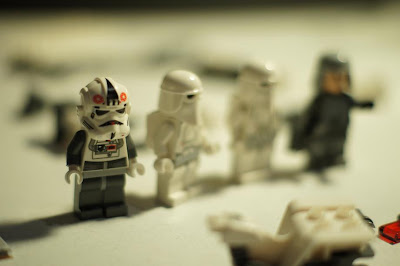 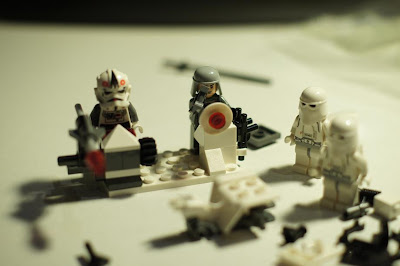 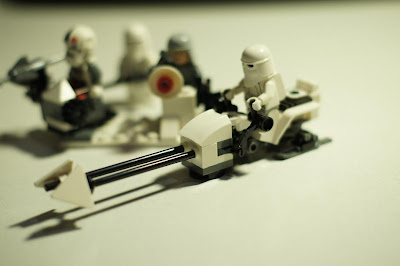 I'm rather impressed by the snow speederbike and it's really interesting how it was conceptualized with Lego parts. 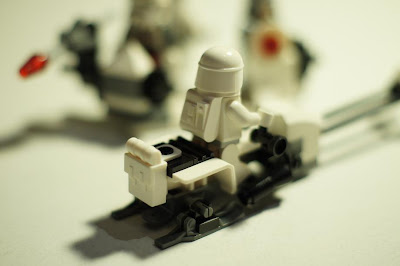 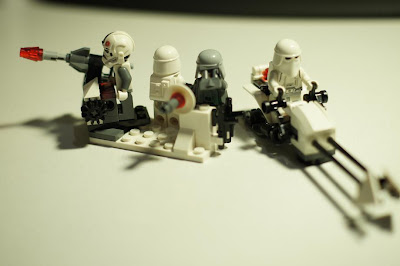 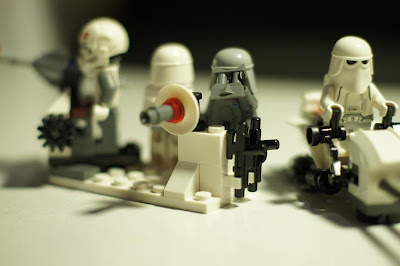 Well, I'm rather pleased with the set and like I said; it's a sweet deal. Below is a comparison between the actual snow speederbike. 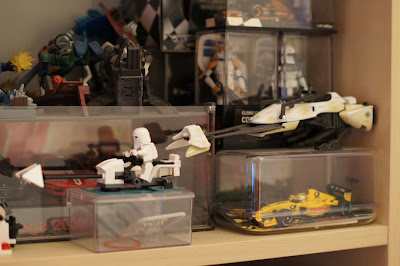