and indeed this is very hot, so much so that it's already sold out during pre-order. No wonder it's a limited edition item and I've learned that Hot Toys stuff are really HOT! 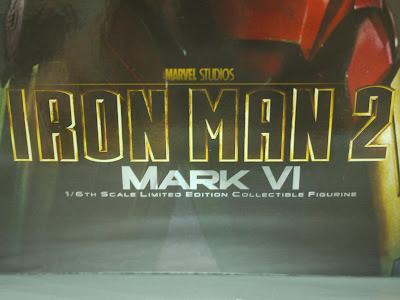 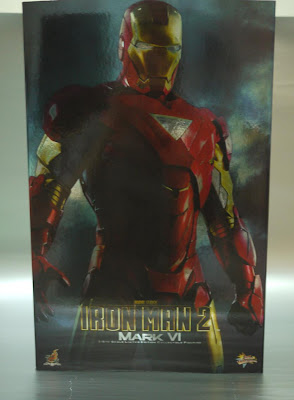 Packaging is like all other Iron Man 2 releases; main box in a slide sleeve that's really reflective. 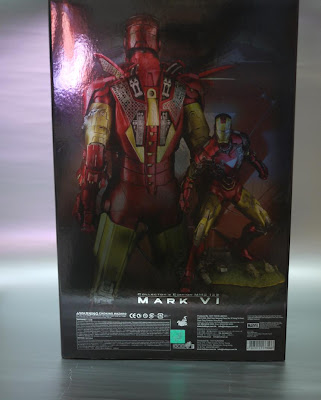 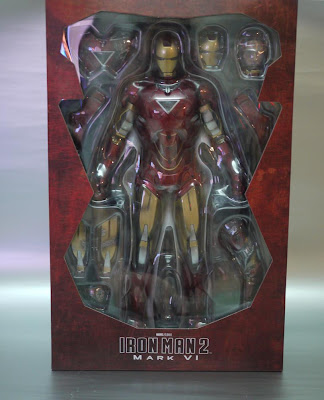 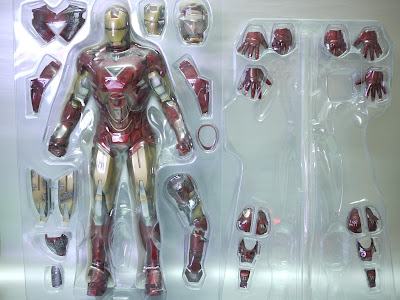 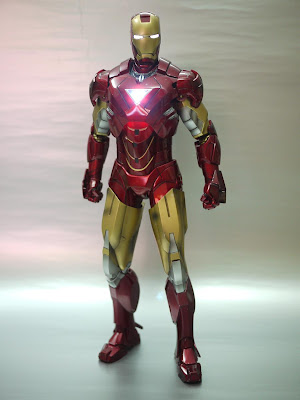 Out of the box, Mark VI stands sturdily and more so compared to the earlier Mark IV. The 2 look pretty much the same except for the slight difference in color scheme and the triangular arc reactor. 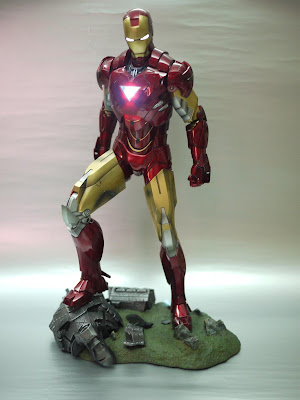 Main attraction to the figure has to be the damage navy drone diorama base and the interchangeable battle damage parts. 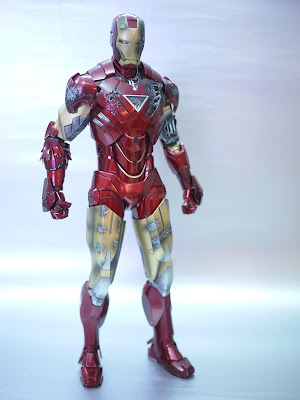 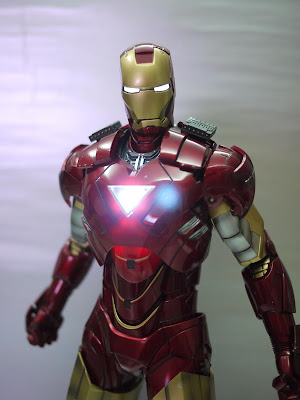 Some of the gimmicks that had me sold to this is the shoulder munition pods which I missed as I did not purchase Mark III with battle damage which have the pods. It was sadly left out in the earlier Mark III release. 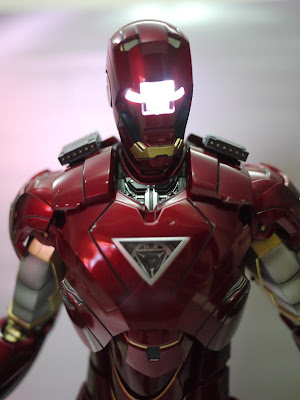 There are 2 face plate for this release and both could be used on the 2 heads (faceless and Tony Stark) provided. I kind of like the drone like head above when the face plate is removed. 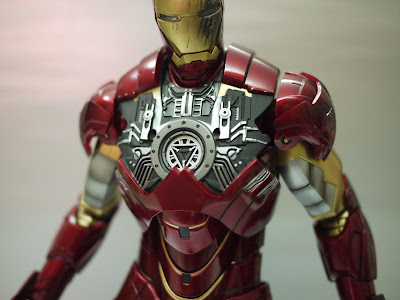 Removing the chest plate shows the arc reactor in full details and this is something that is really a neat touch. 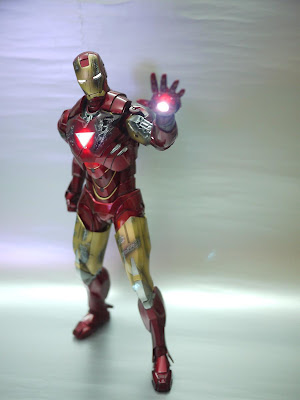 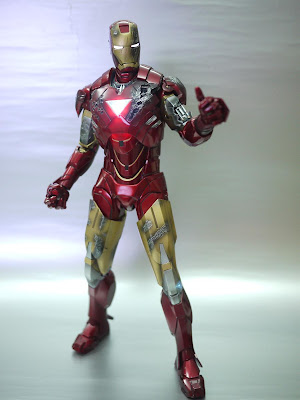 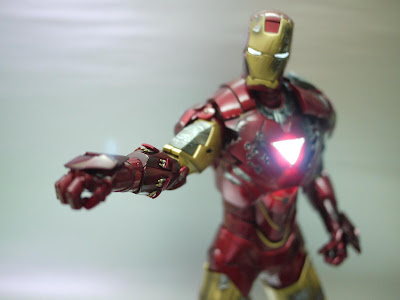 The forearm missiles is included as already seen in Mark IV and in this release; the wrist laser that slides out under the wrist armor. 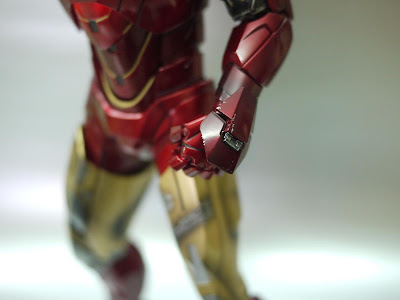 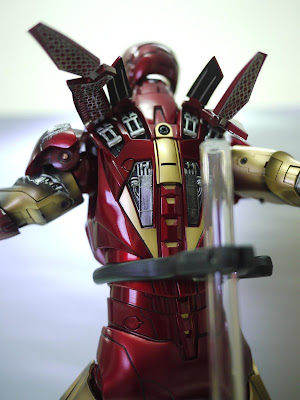 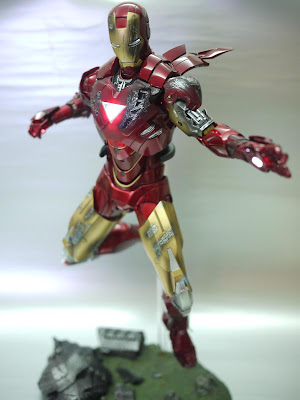 The base acts as a flight display stand as well with the transparent tube and clip provided. Perfect for displays. 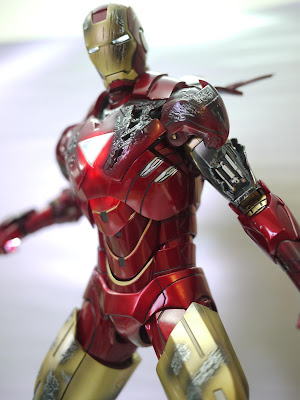 This probably and possibly my last Hot Toy purchase under the Iron Man line and have decided to give Mark V a miss. However, if other variants of Iron Man are available under the Avenger movie; I may just change my mind.
Posted by Jonloh at 8:24 PM