Okay, it was stacked (not rolled) amongst many others in OG Orchard one day. Starscream from Revenge Of The Fallen. The reason I finally bought this has been consistent with my collection; robots got to have hands! 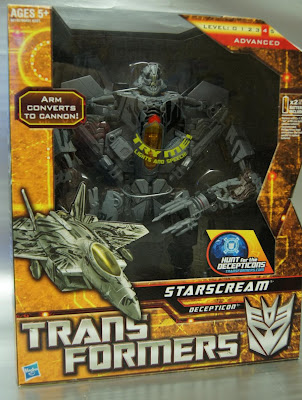 And yes, this version comes with hands along with the cybertronia inscriptions that were tattooed all over this Leader Class Hunt for the Decepticons version. Another big draw is it was retailing for $39.90. 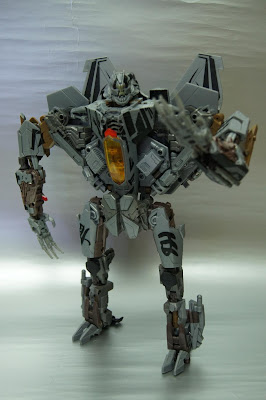 Hasbro did a rather decent job for this and I'm glad I didn't plunge for the Takara Tomy version which will set me back by at least $100. 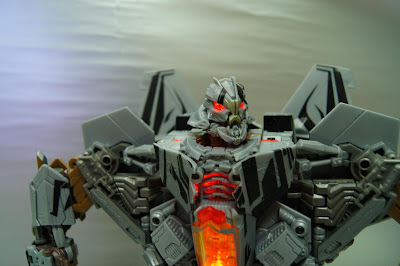 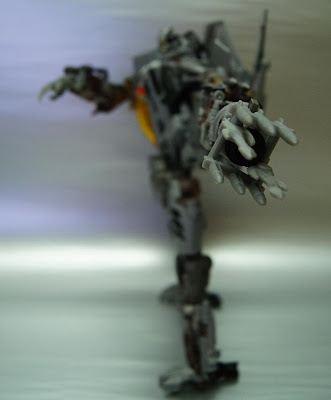 I just realized the legs aren't meant to be straightened. 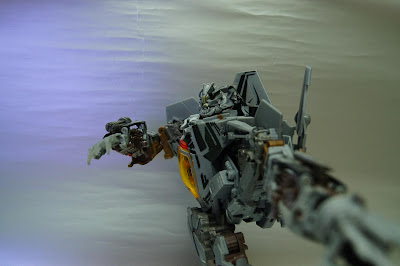 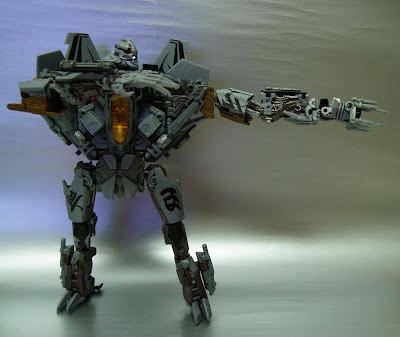 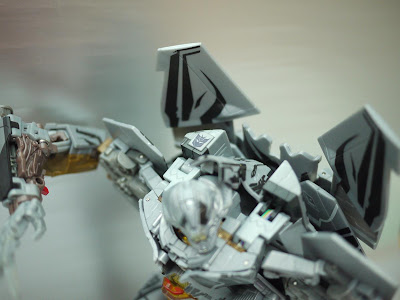 Appreciate the little details that went into this like Con's insignia, retractable rail gun and missiles on the forearm (much like Iron Man). 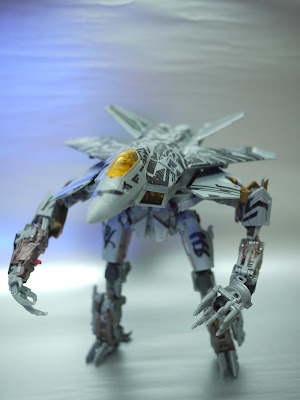 Gerwalk for a true Macross fan! 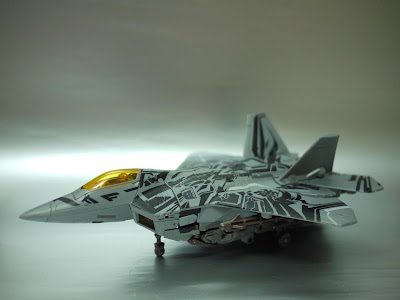 F-22 Raptor mode and again, I do appreciate the effort to make this version better than the 2007 Voyager Class version. 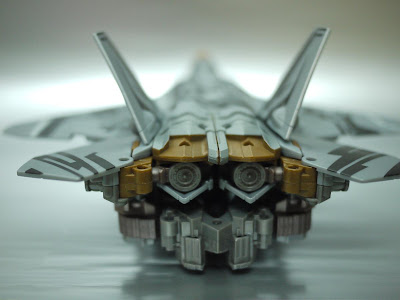 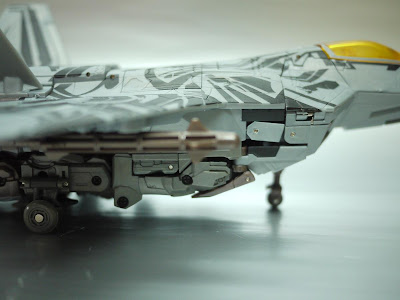 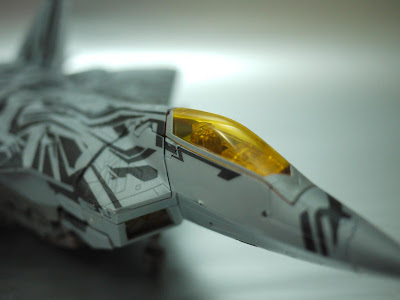 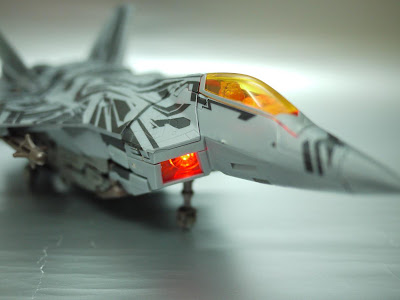 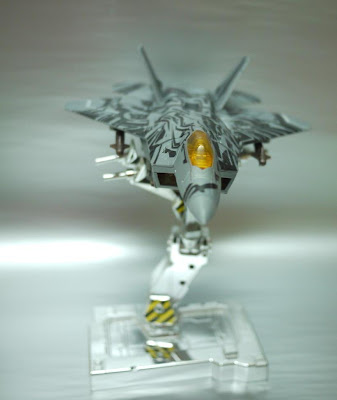 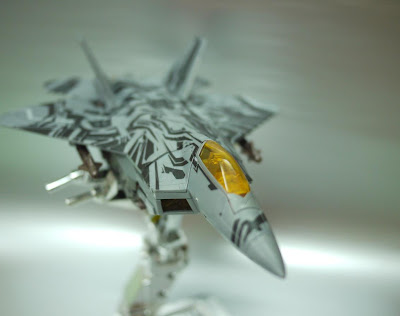