Mentioned about this purchase from the previous post. Again, this is nothing new and I'm glad I managed to lay my hands on them. 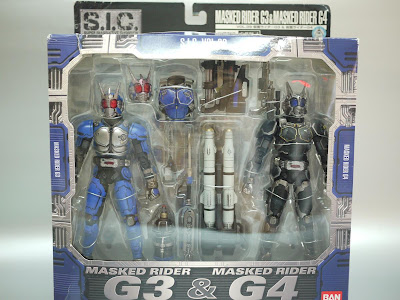 First encounter with this is the SHFiguarts version which I did not buy and Google tells me these 2 riders are the same. While G3 was one of the protagonists in the Agito series, G4 did a cameo appearance in the Agito Movie. 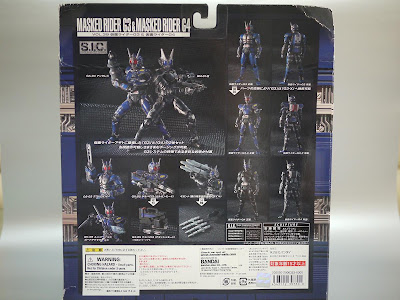 I presumed this was released in around 2007-2008 and thus, twist ties aplenty. 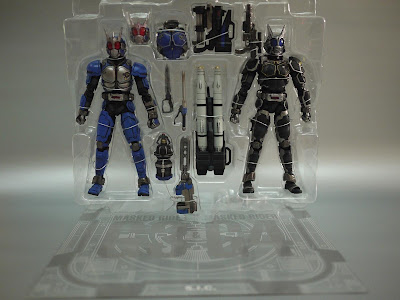 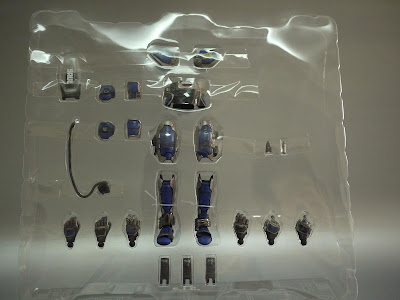 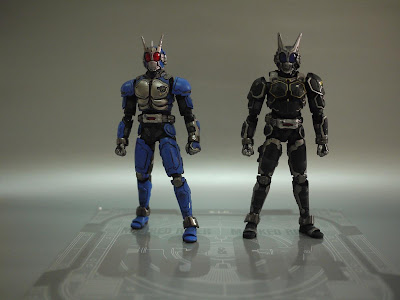 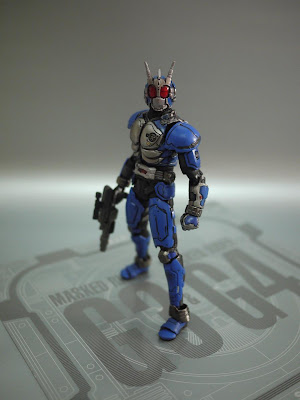 Out of the box, both G3 and G4 have fantastic sculpting and great articulation. However, like most SICs I've encountered, the parts do come off rather easily. 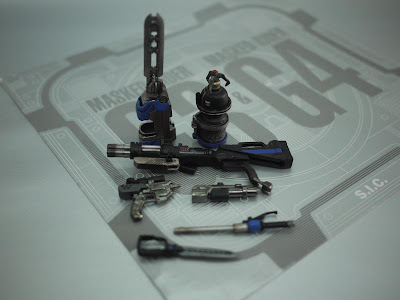 Arsenal of G3 and there are really a couple of definitive Kamen Riders must have weapons which I will not elaborate further. 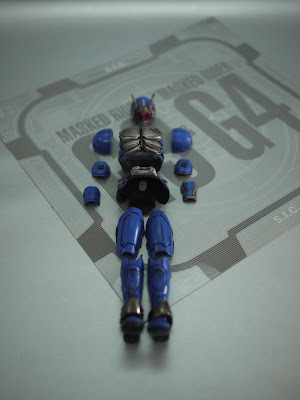 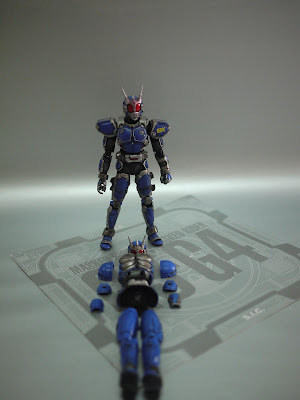 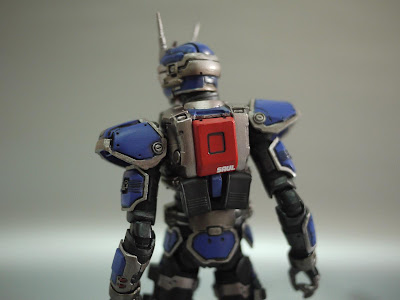 SIC never fails to impress with the detailing of their products. 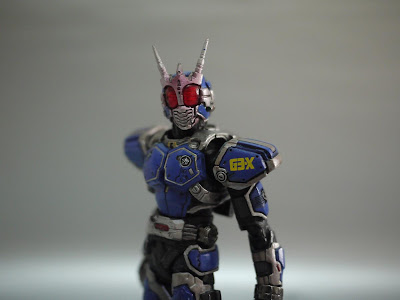 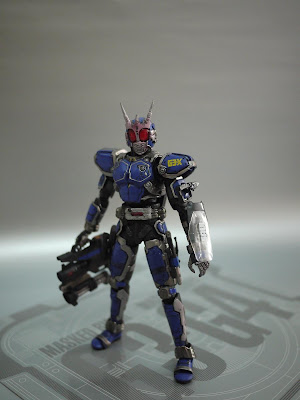 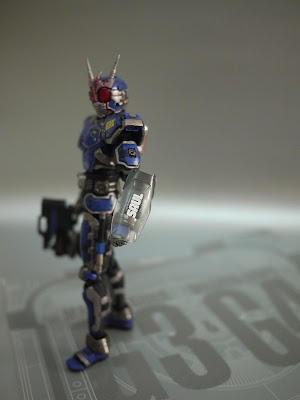 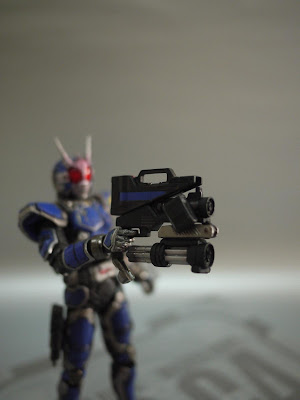 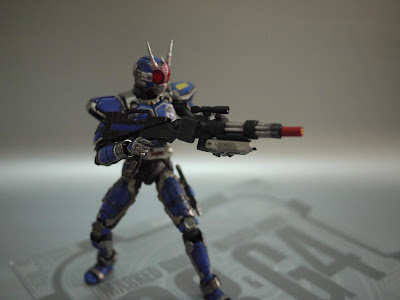 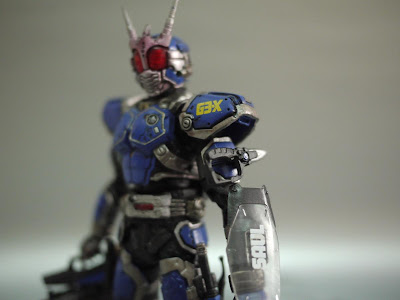 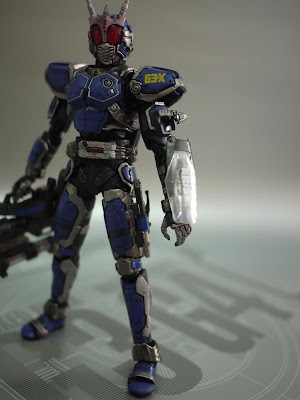 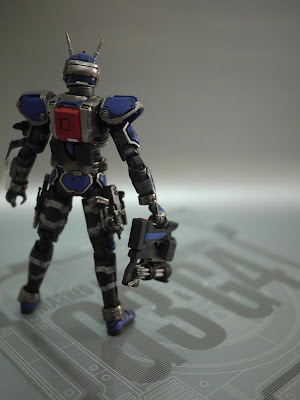 Next up, G4 which comes in a wicked black with silver trimming color scheme. 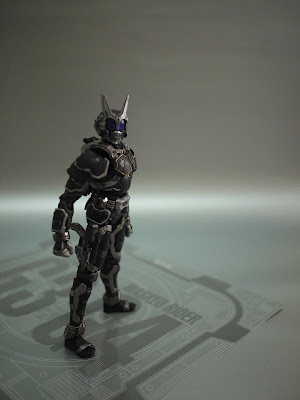 The G4 system was deemed unstable and dangerous for use; the huge rockets explains that statement. 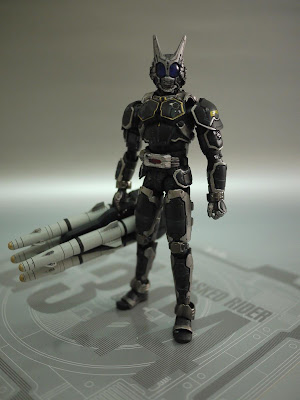 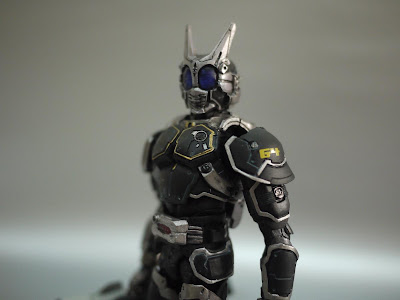 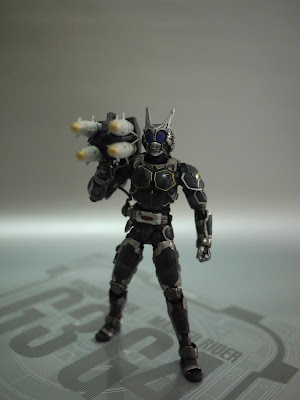 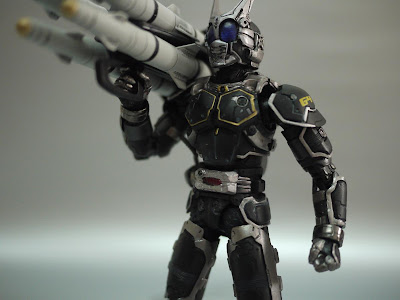 Wait a second... something seems not right in this picture... something's missing from the belt, the left block which is supposed to be on the belt is nowhere to be found! No wonder joe107 of sgcollect decided to let it go. 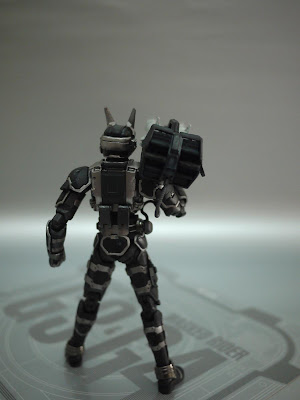 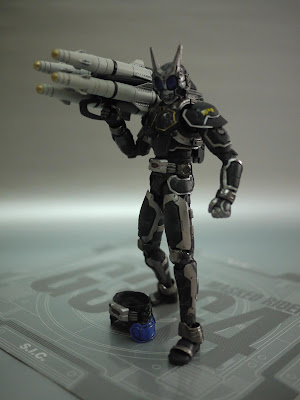 "Anywaist", the problem is easily rectified since there was an additional waist unit (with the belt) from the G3 form. Removed it with a bit of strength and snapped it on G4. 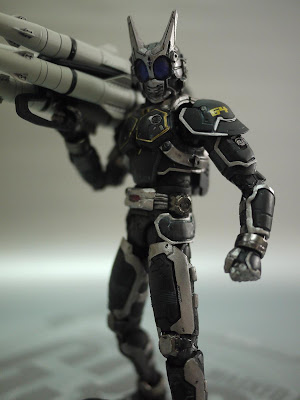 Just look at the beam on G4's face now that he is complete.
Posted by Jonloh at 7:31 AM