This is a free item. It was a nice surprise at the cashier when I was given a $50 voucher for spending at least $200 at the sale which I did. However, it became a problem as I have no idea what to get with the $50 and it can only be redeemed at the toy sale. 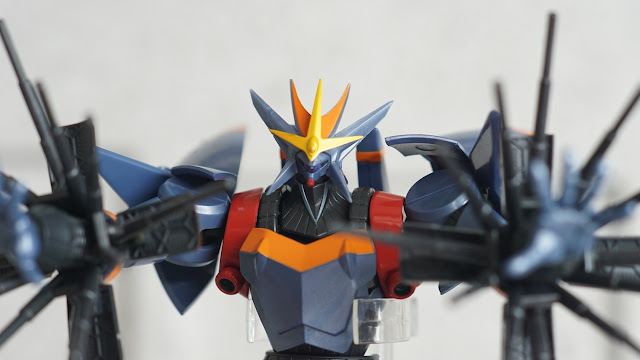 Finally, I settled for Gunbuster which was $20. The remaining $30 was exchanged for 3 more Gundam HG kits for my son. 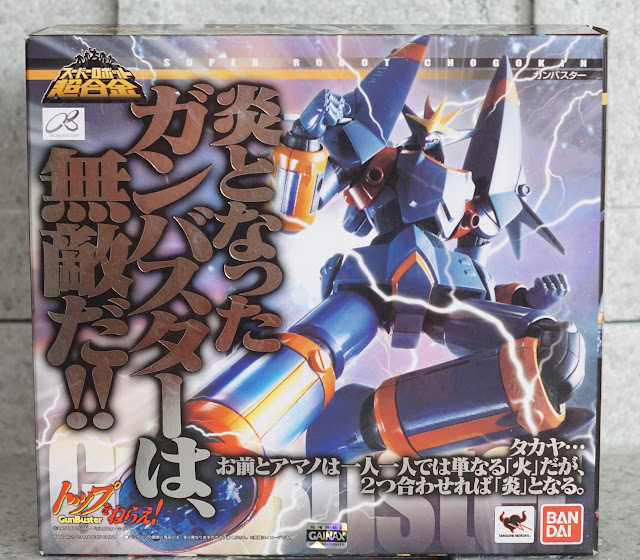 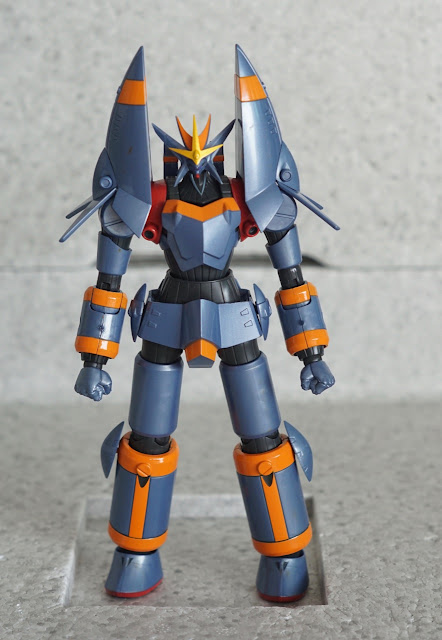 I had a tough time choosing what to get and I did not actually want this as I have the Soul of Chogokin version which is still MISB. 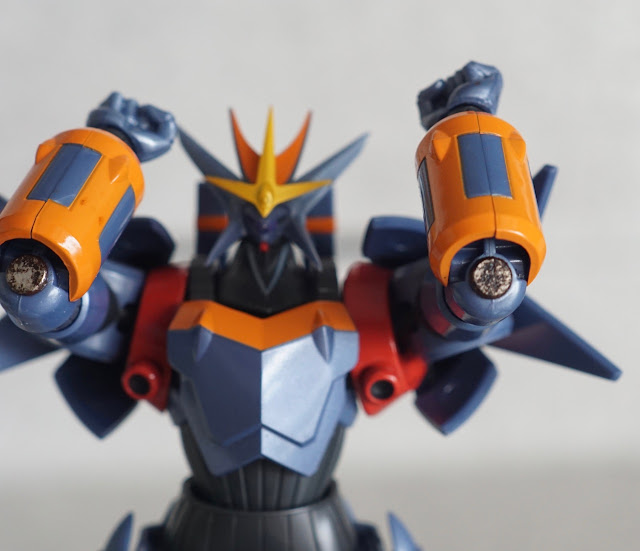 This was retailing at $90 and $20 is indeed a steal and I soon learned why. Look at the pictures above and below and you can see rust on the metallic parts and screws. The state of the rust is so bad it stained some of the parts of the toy too. But well, since it's free, I'm not complaining. 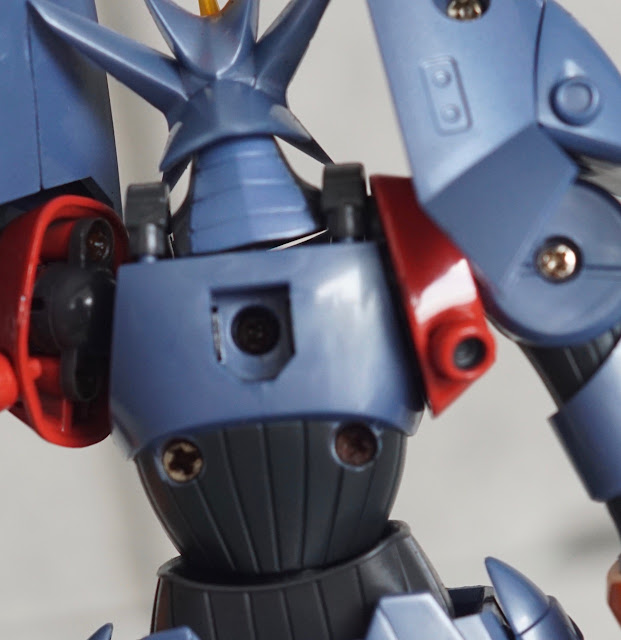 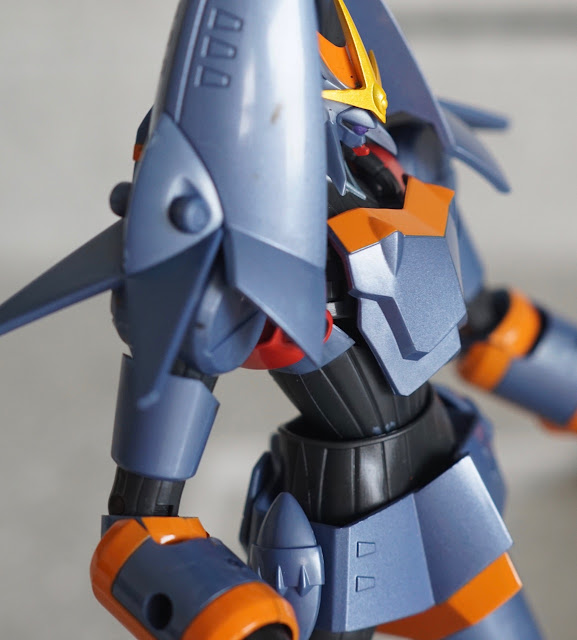 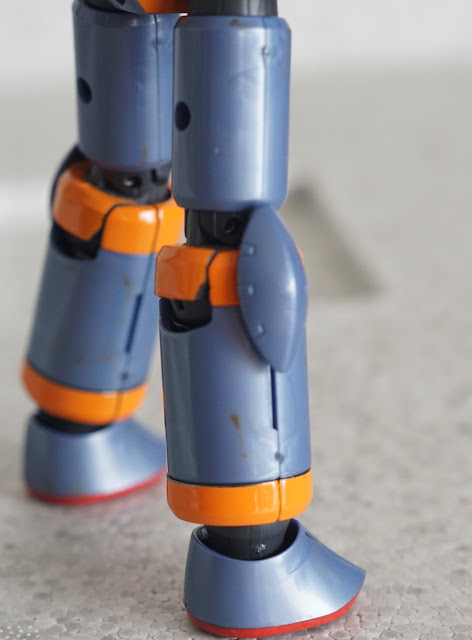 I have owned Super Robot Chogokins and was certain about the poseabilities of this toy and the accessories provided really added a lot of fun factor in this. See pictures below. 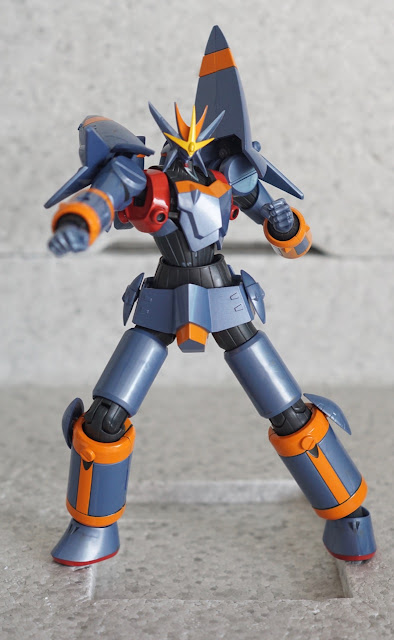 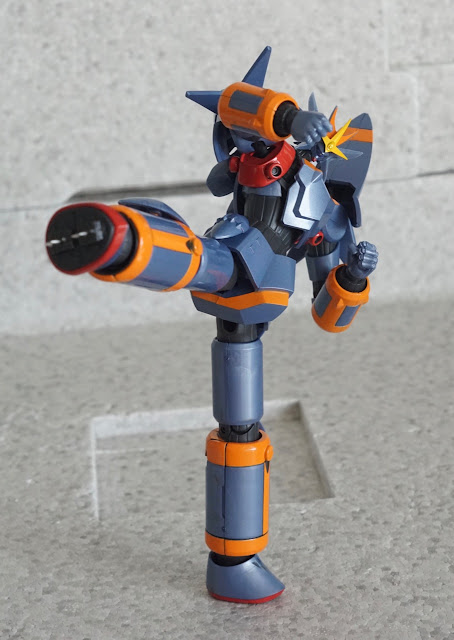 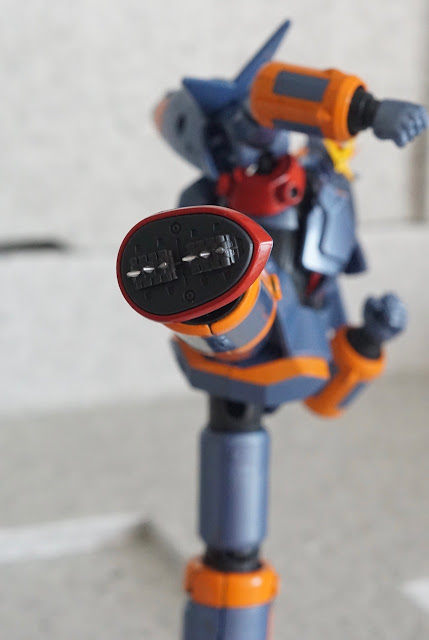 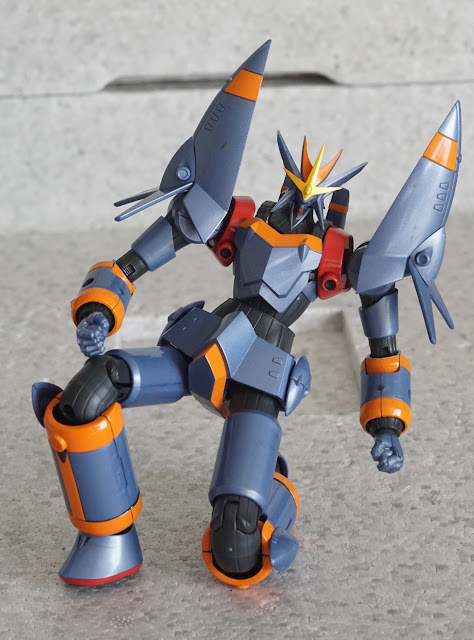 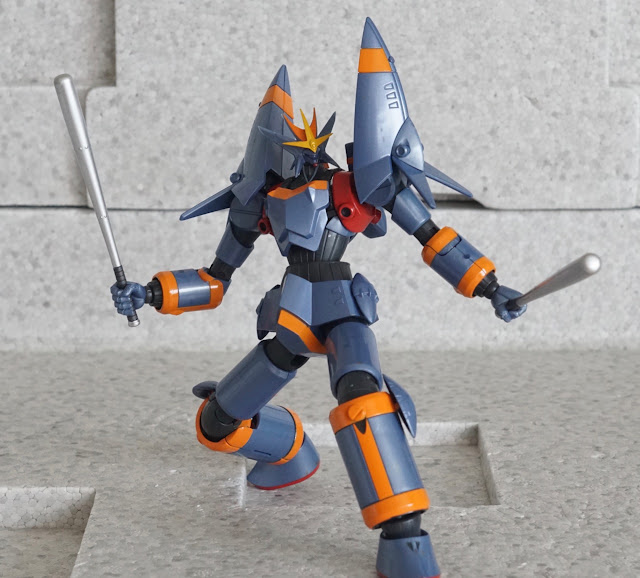 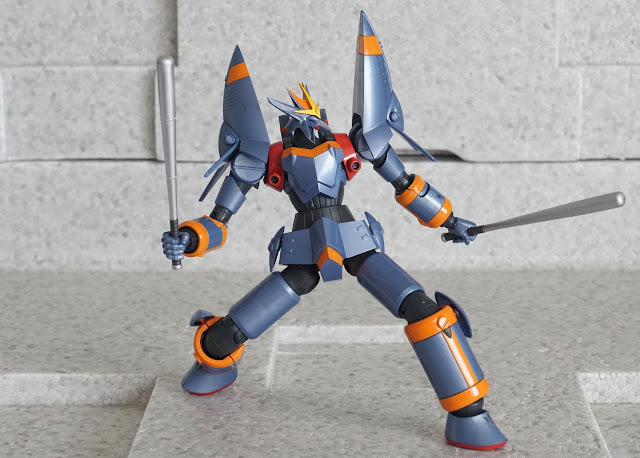 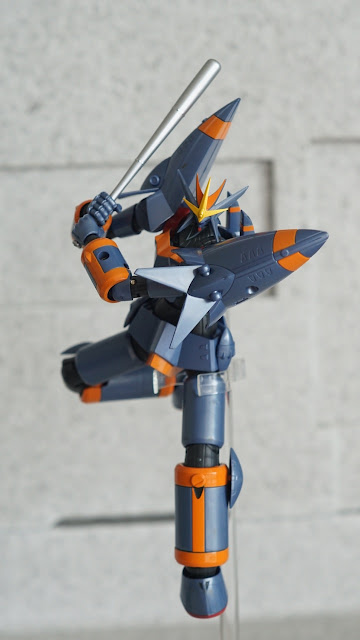 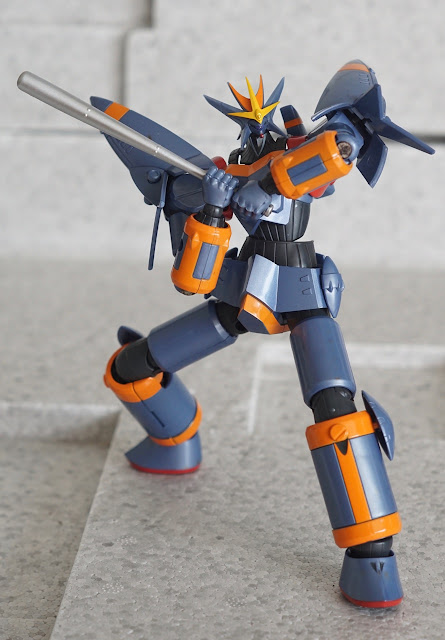 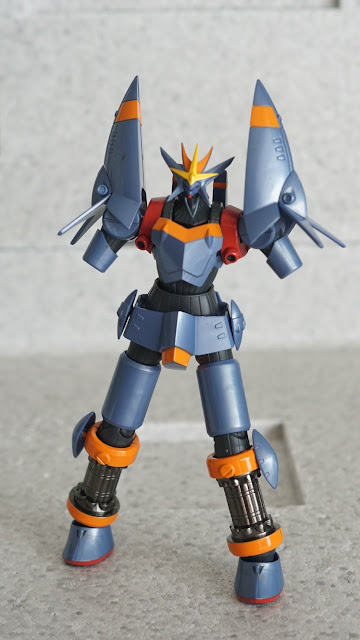 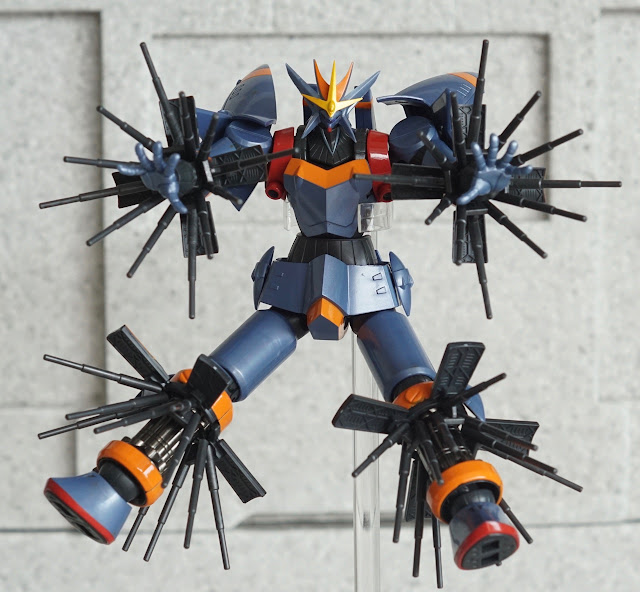 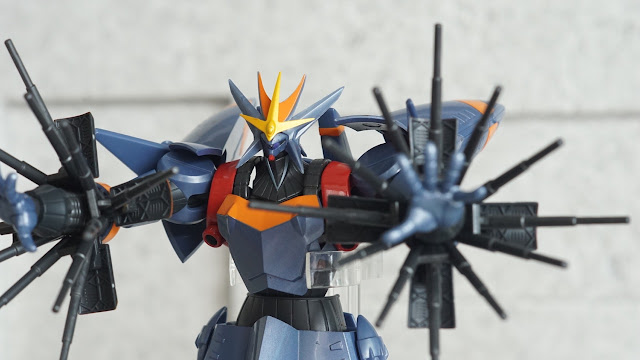 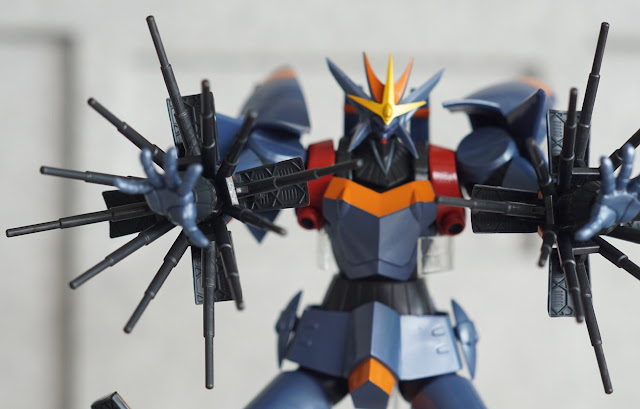 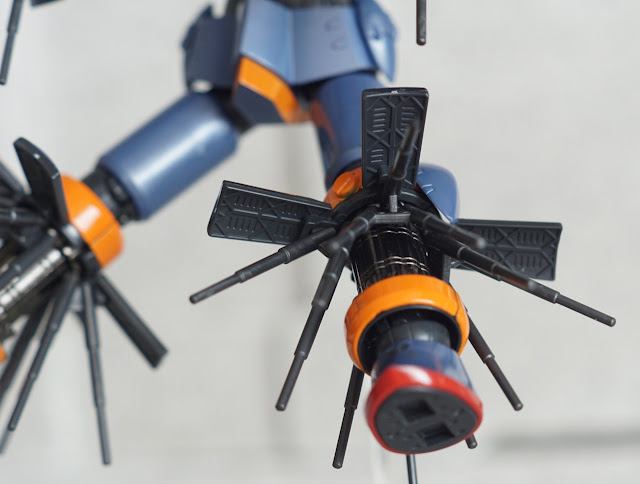 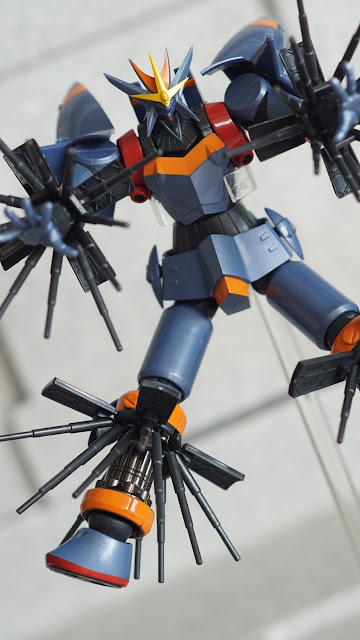 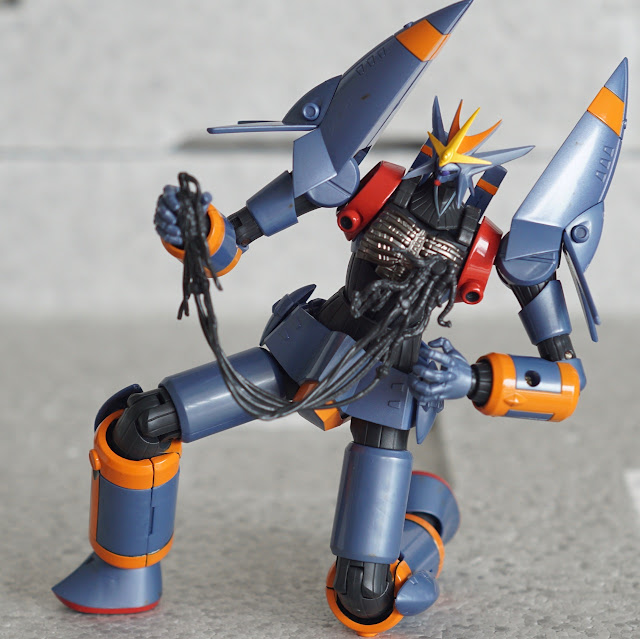 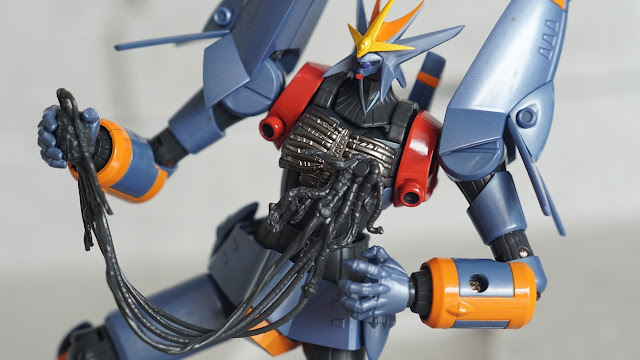 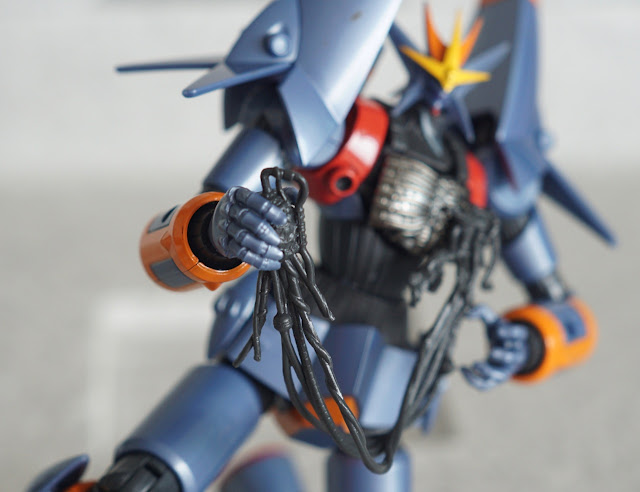