it's going to be a great year ahead with lots of fun challenges! Time really flies and it's already the 5th day of the 2nd Month into 2010. Chinese New Year is upon us and was doing some shopping at Tang's Sale at SUNTEC over the weekend and chance upon this Bandai Chogokin Masked Rider Armed Hibiki. It was retailing at a crazy $5! 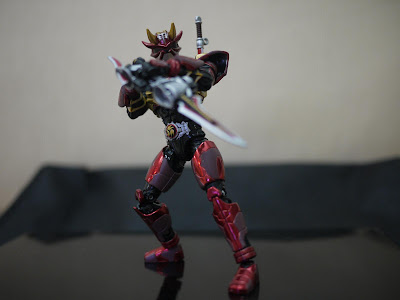 I did not watch this series and for those who follow my blog; I'm not a Masked Rider fan and I do not exactly collect human type toys. I bought it simply because it's really cheap and it is a gokin, meaning die cast parts. 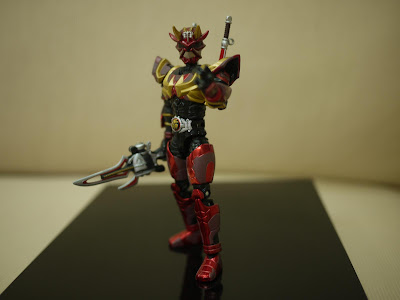 Posing this figure is fun. Articulation is decent enough and it's rather photogenic as well. 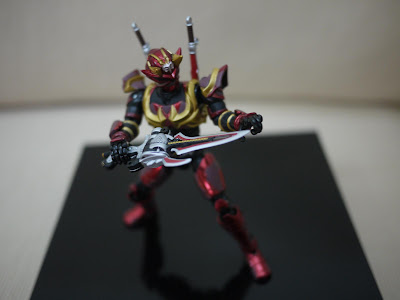 This is the armed mode, supposedly the most powerful mode as I saw the other two modes on sale too but I chose this as this is the best looking amongst the lot. 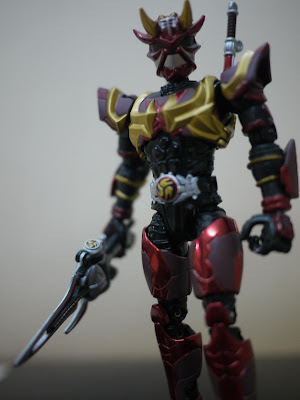 Some close up shots to show the details on this toy. 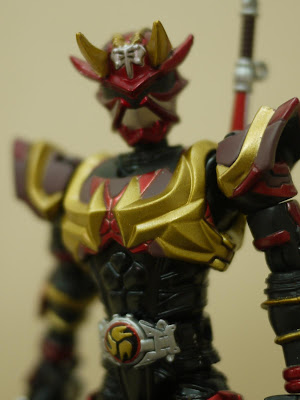 This guy really looks fantastic in any angle 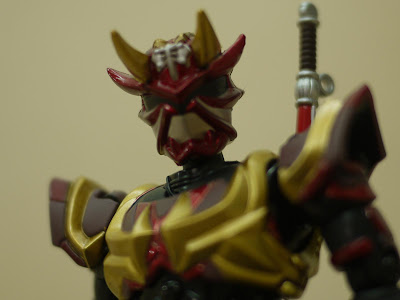 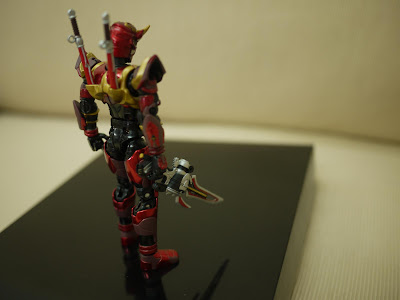 Bandai normally placed less emphasis on the back of the figure and this is where all the screws are exposed. 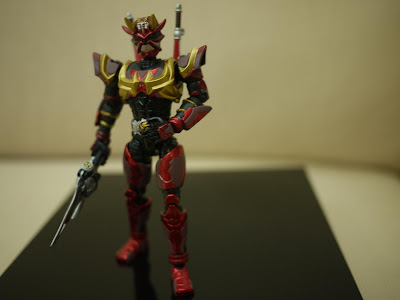 I doubt it really does anything to the belt like other Masked Riders but this pose seems like a 'normal' Masked Rider stance. 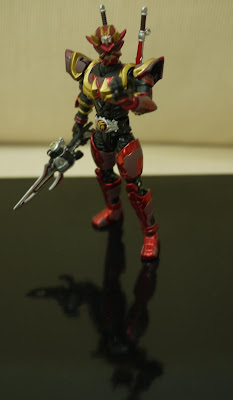