under the Hunt for Decepticons by Hasbro has been answered when I finally picked it up over the weekend. This series is under clearance now at $13.90. I've ignored it for the past few occasions as the robot mode and head sculpt did not appeal to me. 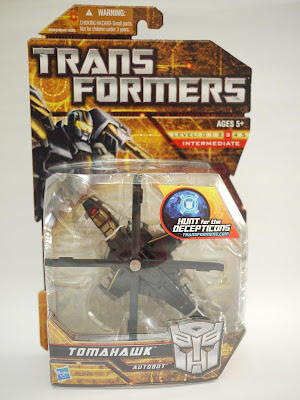 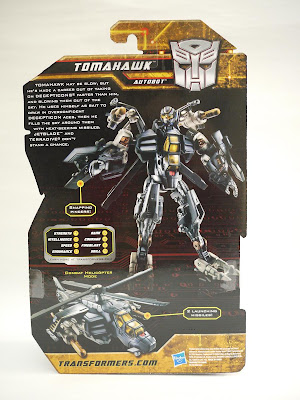 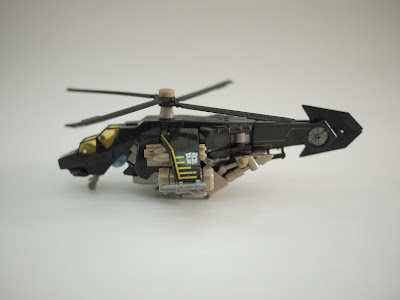 The alternate mode of the Apache liked assault gunship and it is really very well designed and made for a deluxe class toy. 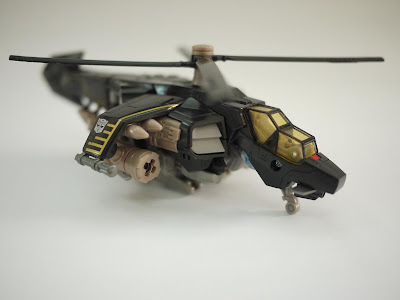 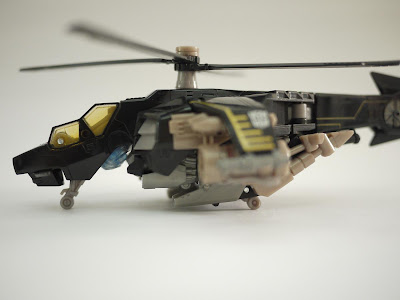 The color scheme is black with details of gold and the only dislike would be the desert color for the missiles and feet portion. Might repaint them when I have the time. The landing gears are included as well to give it a more realistic feel. 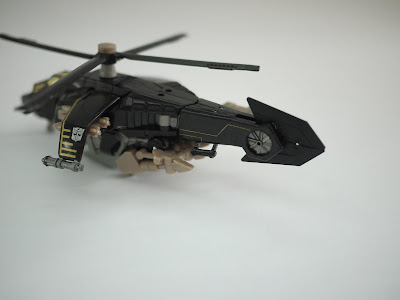 There are 2 drop-out handles which allows the missile pods to be clipped on the tail of the gunship which is more of a 'erm, ok, so what' to me. Then it occurred to be that it could be used as weapons in the robot mode. 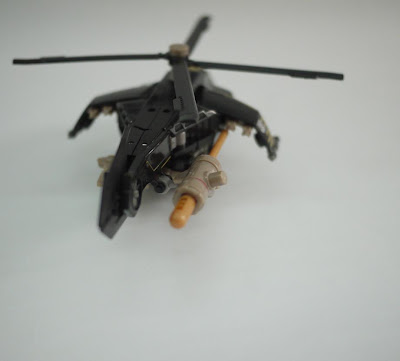 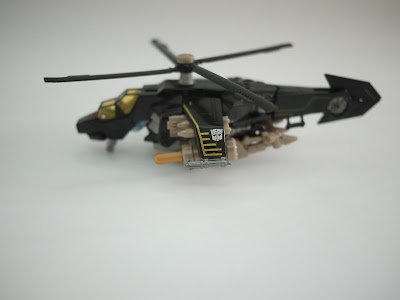 The missiles provided has a long tail that follows which is most probably to prevent kids from swallowing it. I had it trimmed so it looks neater as a whole with the gunship. All right, transformation and its design follows that of a variable fighter from Macross. Above and below is the GERWALK mode. 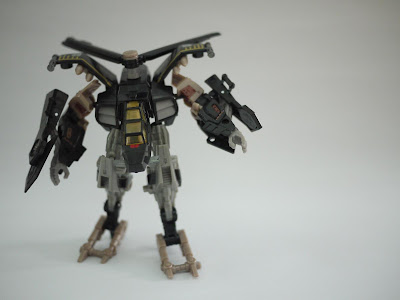 Transformation is fairly simple and not complicated and the robot mode is well...not as bad as I thought it is and the details to the face of the head is pretty good too. 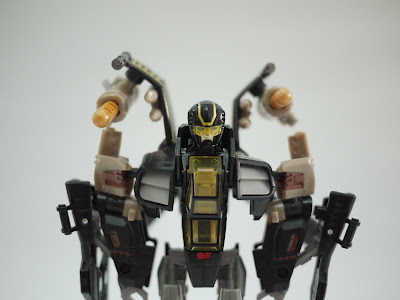 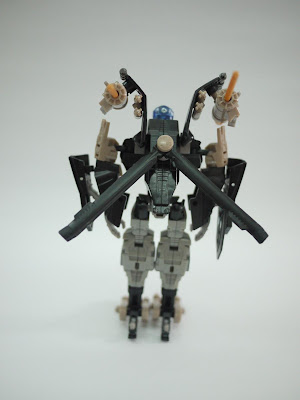 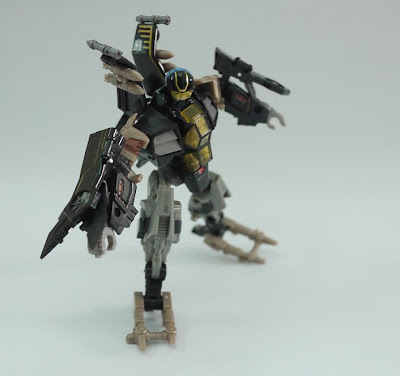 Articulation wise is all right for a figure of this class and overall, I'm glad I picked it up . 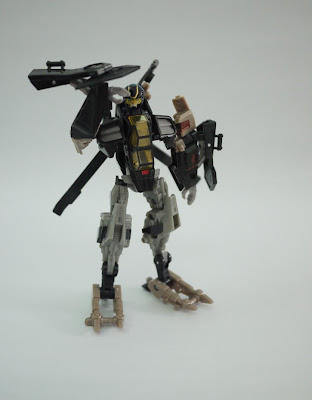 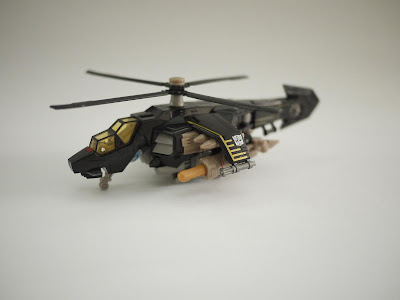