is the commander of the 212th Battle Battalion under the command of General Kenobi before he was sliced and diced by Kenobi when Code 66 was issued. 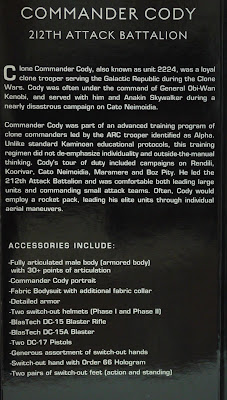 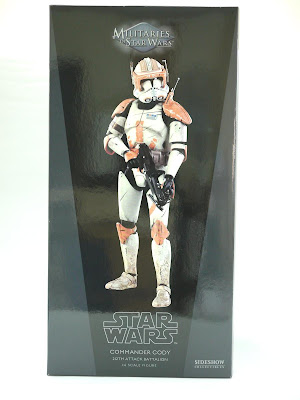 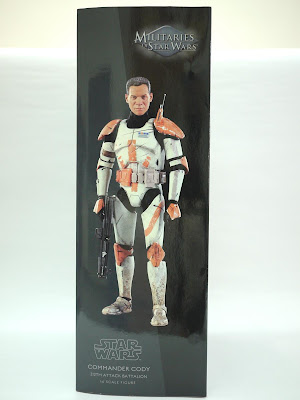 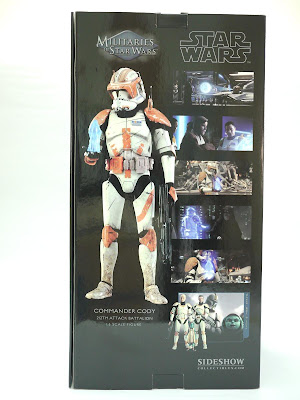 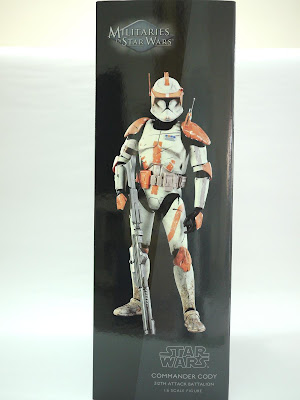 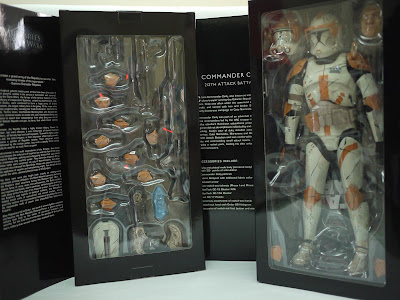 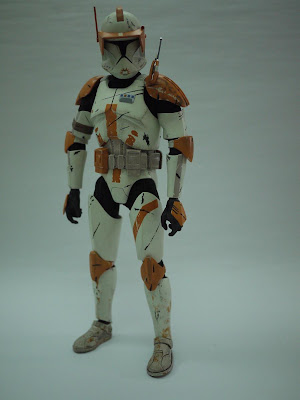 Commander Cody unarmed with Phase I helmet which is totally ugly but surprisingly it looks much better in a 3.75 inch figure. 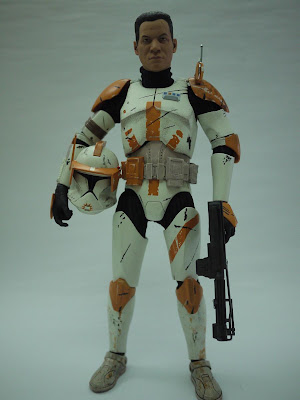 Cody here with the helmet removed and no, the head is a switch out and not contained inside the helmet. 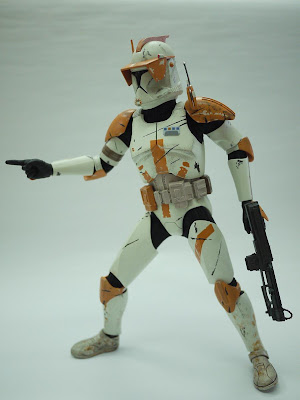 Stability of Cody is much better than my last encounter with Sideshow's Captain Rex which I had a hard time posing. Cody here stands pretty well on his own as you can see. 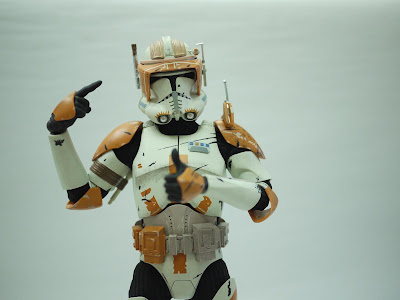 Phase II helmet above is a much better choice when displaying Cody and this is the helmet that betrayed Kenobi. 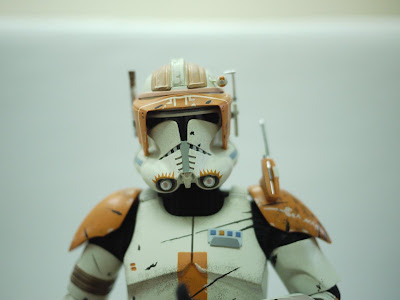 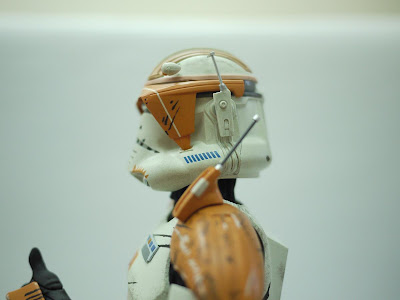 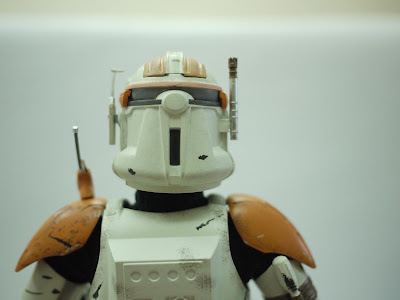 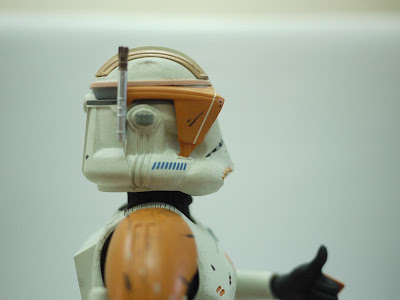 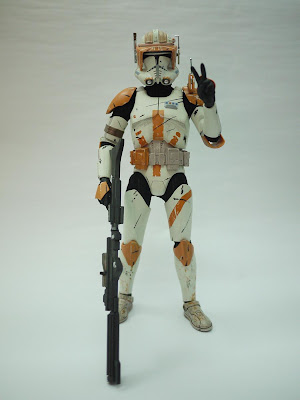 As usual, 2 Blastech blasters are provided and the one above is the 15a rifle while the one earlier is a 15 blaster. 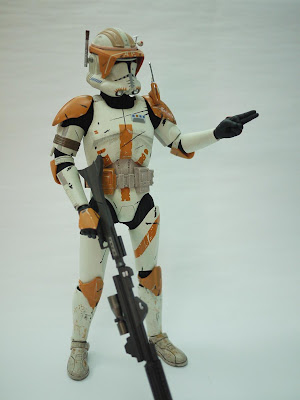 A generous supply of switch out hands are provided and I'm not complaining. They do come in handy. 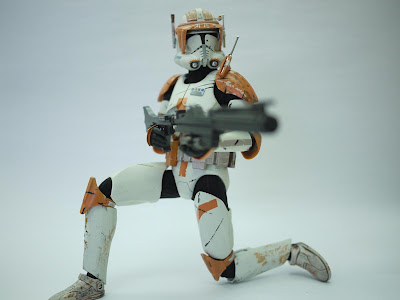 As mentioned, posing Cody is a breeze and I left the "Michael Jackson" feet in the box for now. 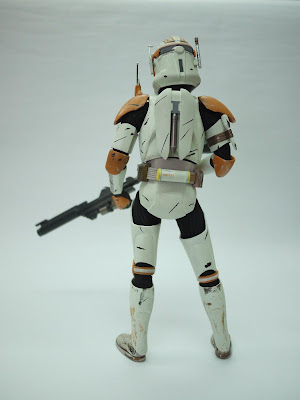 The rear of the figure is equally stunning as the front and the magnetically latch on jetpack is another sweet gimmick. 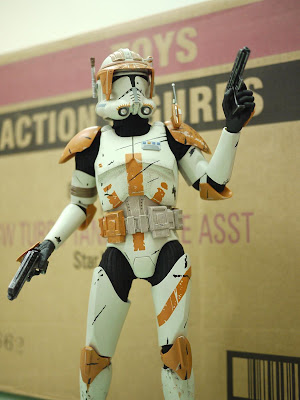 Last set of weapons are the commander pistol and sadly Cody does not come with any kamas or holsters to hold them. Looks like he has to squeeze them between the armpits during battle. 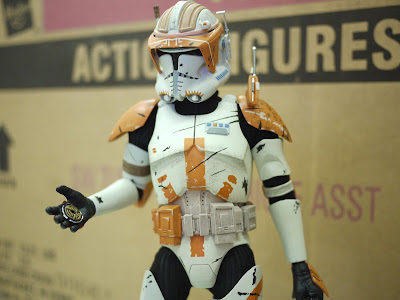 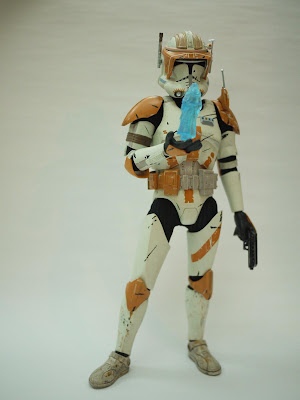 Darth Sidious in the hologram issuing Code 66 and Cody obeys without a question.
This figure is a much anticipated one and it did not disappoint. Glad that it's in my possession and do get it to complement Rex and if you are a Clone fan.
Posted by Jonloh at 9:22 PM