During the trip in China, I was at the famous Terracotta Army Museum in Xi'an Shaanxi. I bought the 12" Terra Cotta 2 warriors and a horse. I have always been intrigued by the magnificent archaeological find and seeing the actual site is really breathtaking. 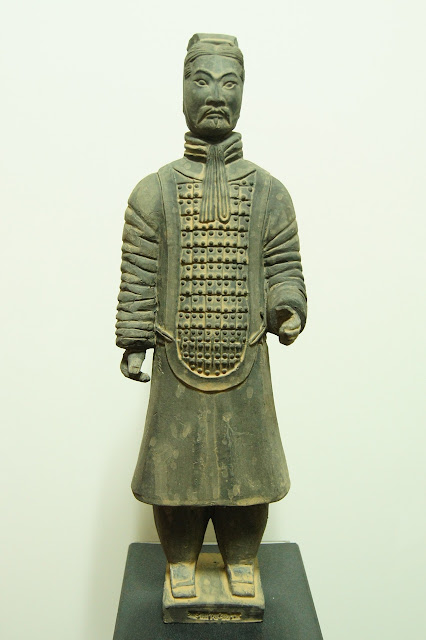 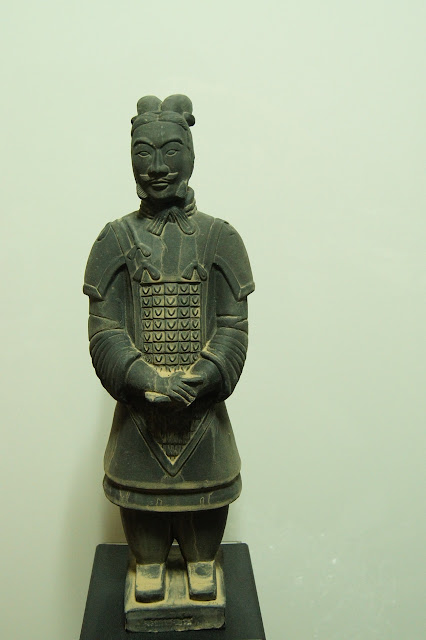 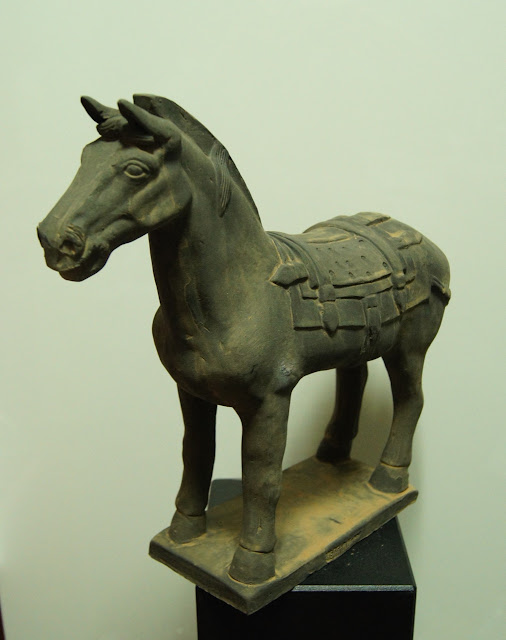 These are from authorised factories around the museum that makes replicas of the warriors using the similar type of clay used by the craftsman of Emperor Qin. I used the word 'similar' although the workers in the factory claims it's the exact same clay. 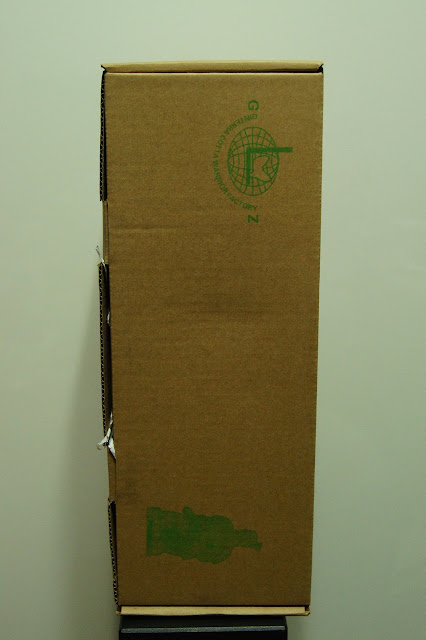 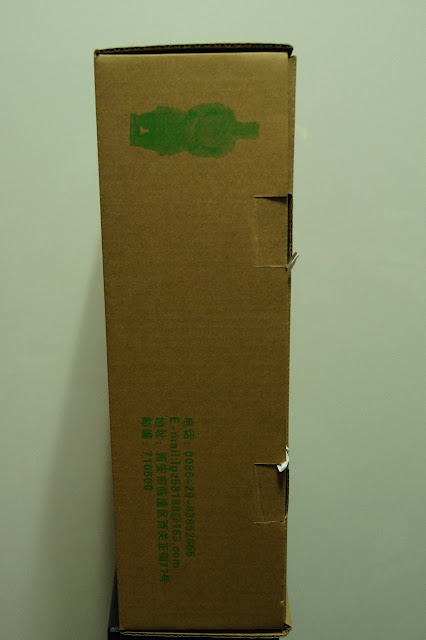 They came nicely packed and I could have chosen to have them airmail to me but that will set me back another $150 so I chose to hand carry them back. 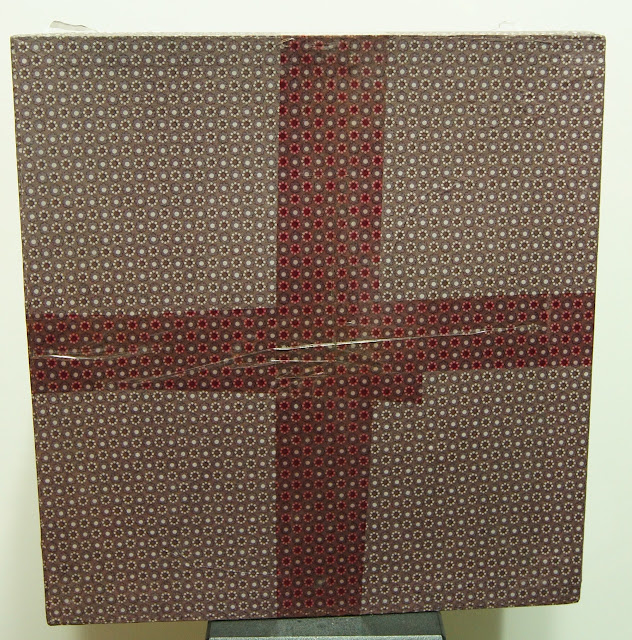 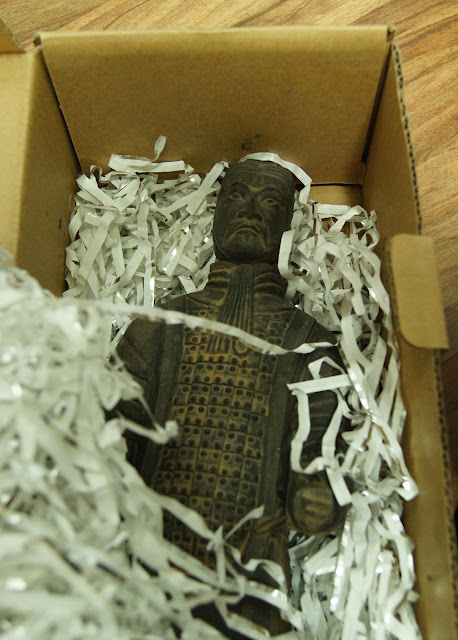 Unboxing and we have firstly the Civil Officer. He is someone who does the paperworks and handles administrative duties. 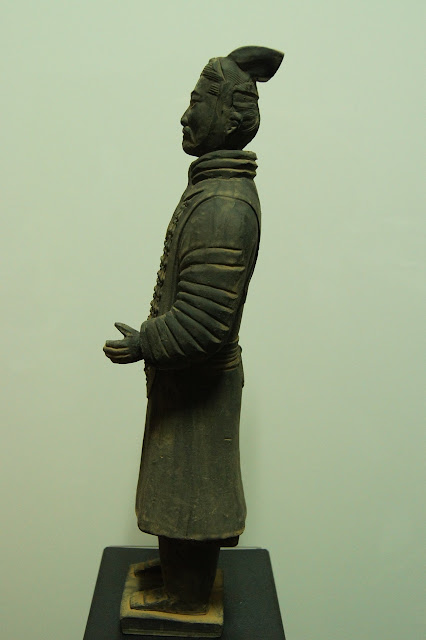 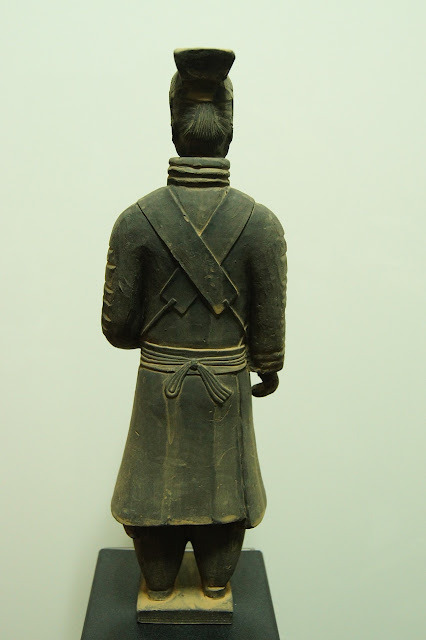 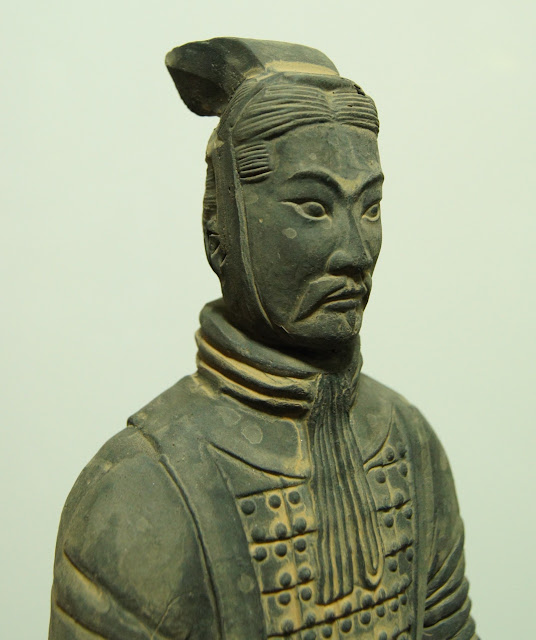 Though this is a replica but the details are crafted like the actual artifact. 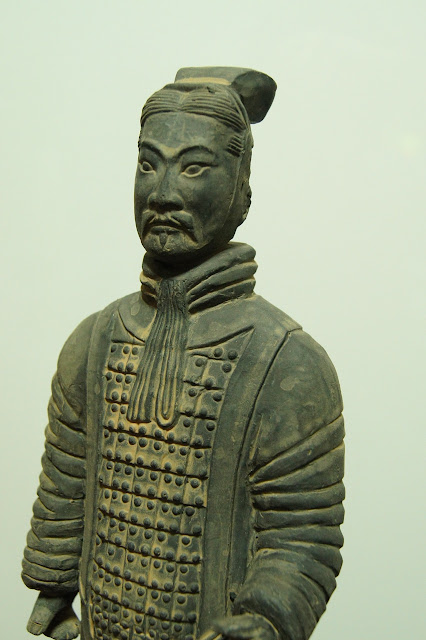 The one above is a General or a high ranking officer. It is distinctive by his larger body, his higher headdress, the ribbons on his armour and his hand posture. 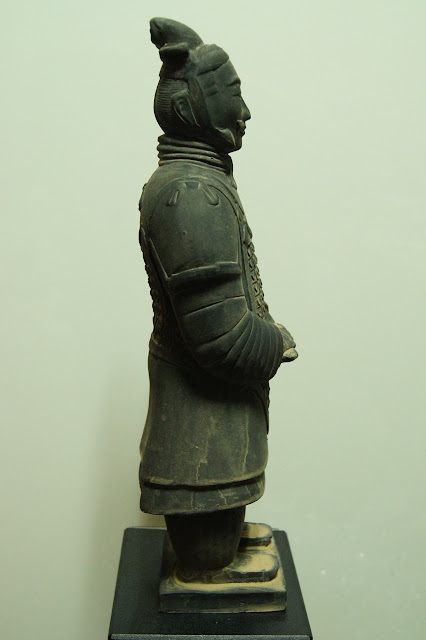 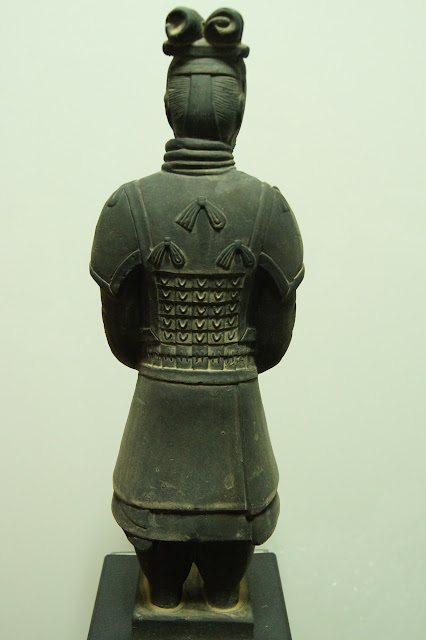 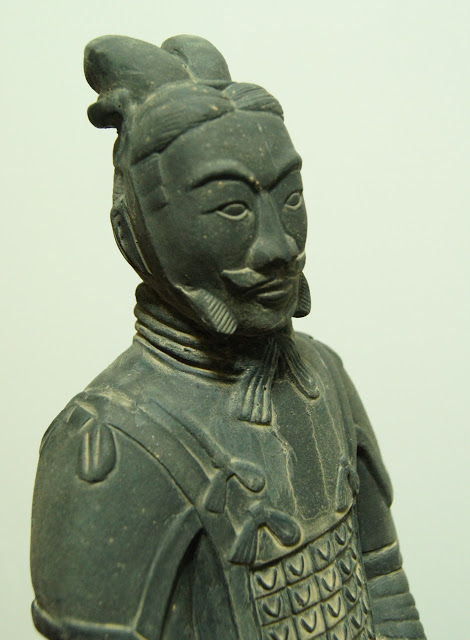 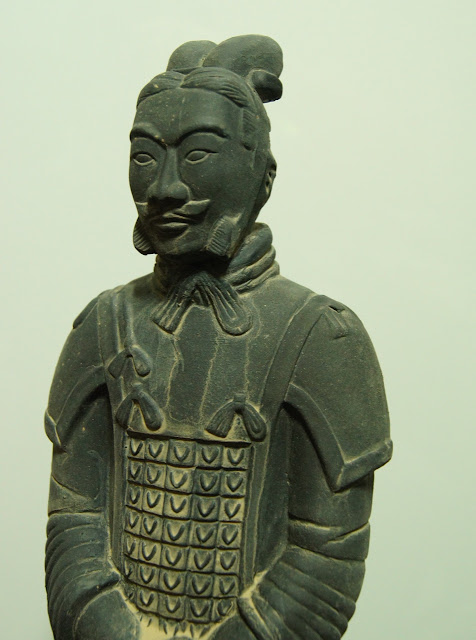 The last item is the horse and Terracotta Army in Chinese is 兵 (soldierd) 马 (horse) 俑. Thus, getting the horse is imperative to me. 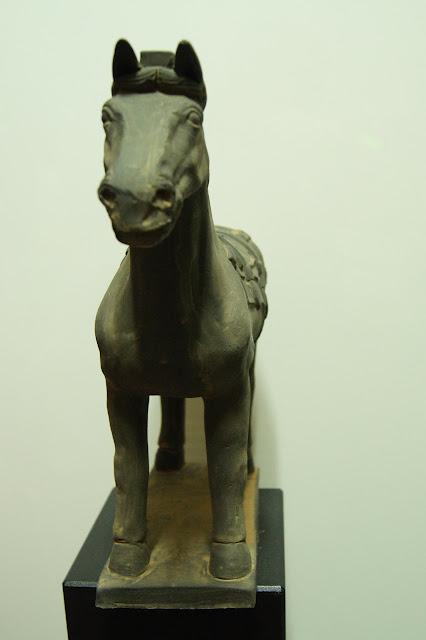 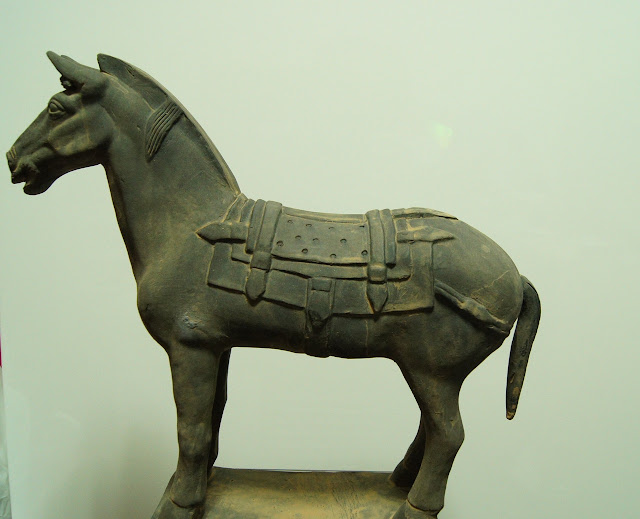 Again the details on the horse is simply amazing. The sculpting of the muscles and they even bothered to keep some part of it same like the artifact which includes the hole to insert the tail of the horse. 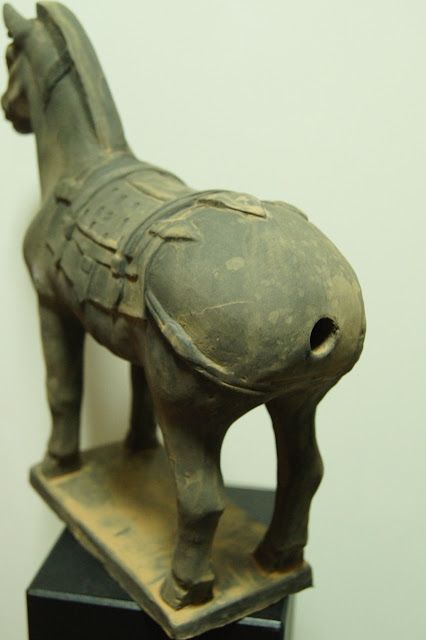 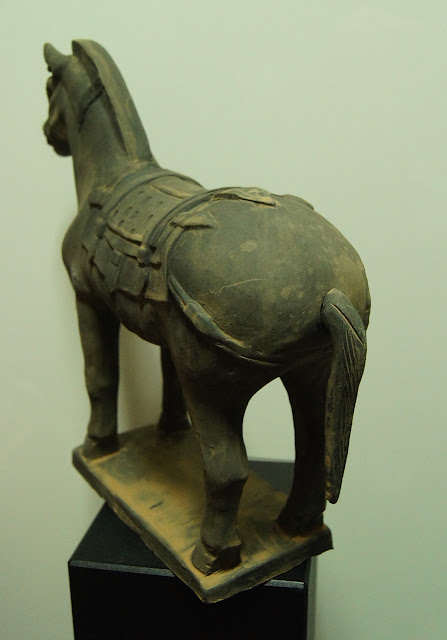 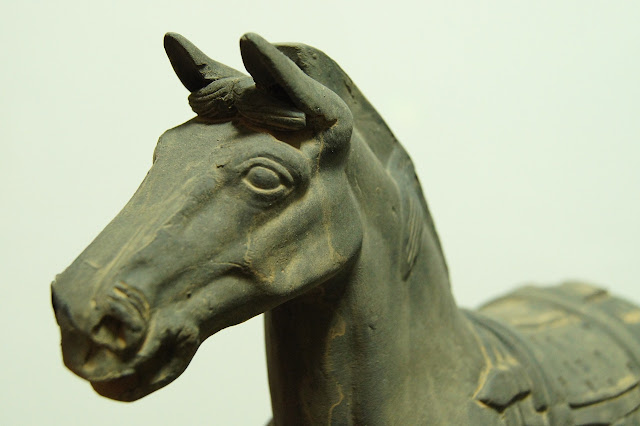 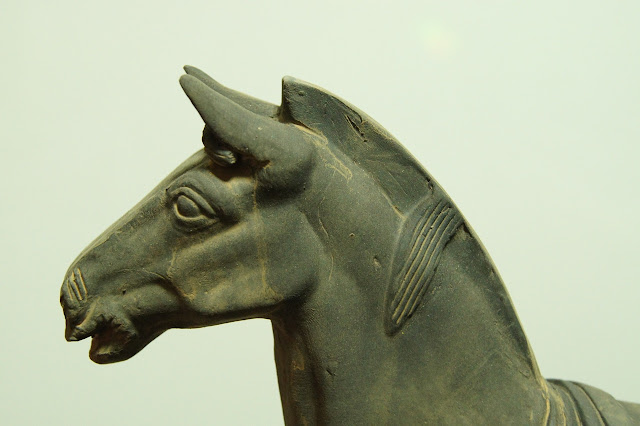 Items bought from the authorised factories will bear print above that says Terracotta Army Museum. You may get cheaper replicas from within the museum and you will and can also argue that those cost much cheaper. However, I made a choice to buy these only on my third visit to the Museum.
Posted by Jonloh at 12:14 AM