It's been a while after my last Masterpiece 24, Star Saber. This was actually purchased for a while but I really am so tied down with work, I had shelved it for months. 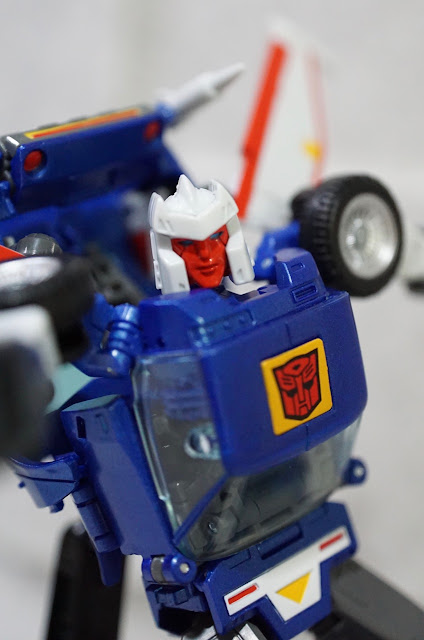 Tracks is a G1 classic Transformer and its alterego is a GM Corvette Stingray. 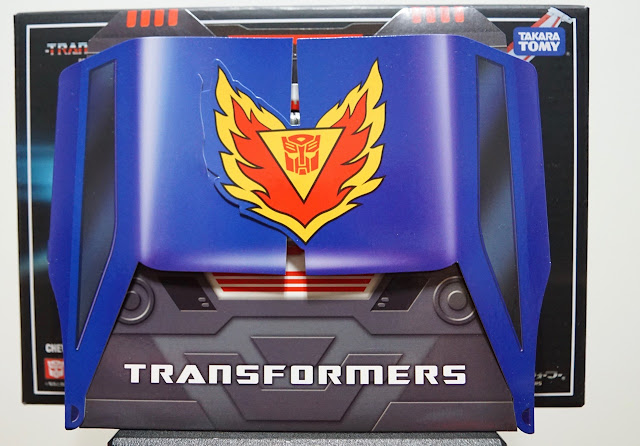 Like all Masterpieces, it comes with a commemorative coin with a customized holder. 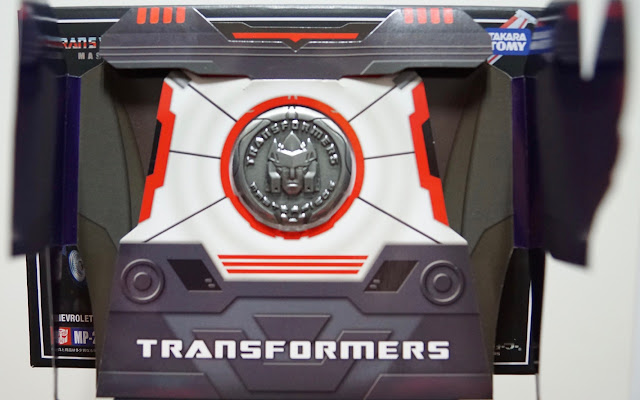 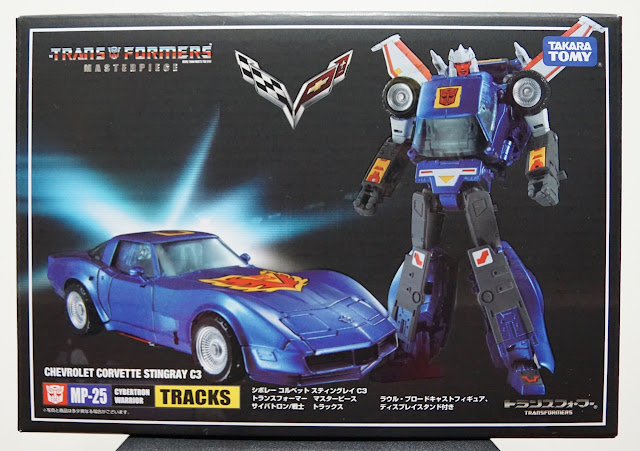 The packaging is the age-old Takara design even when Tomy bought over most of Takara's share. 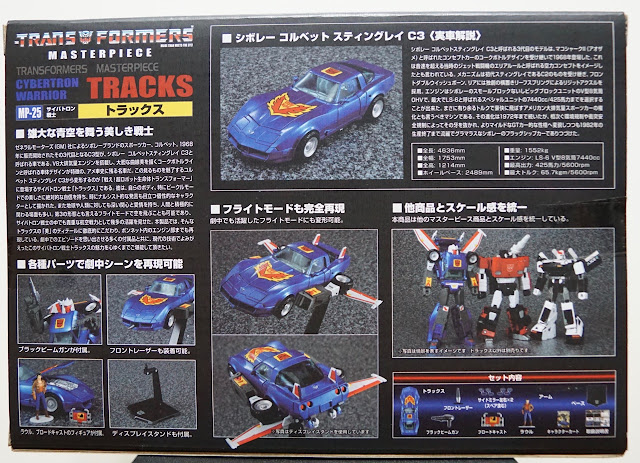 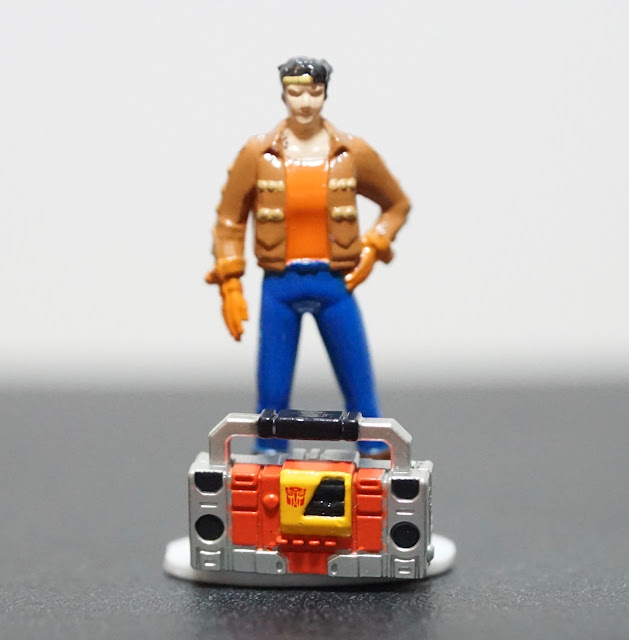 Following the anime, Raoul and Blaster is included. 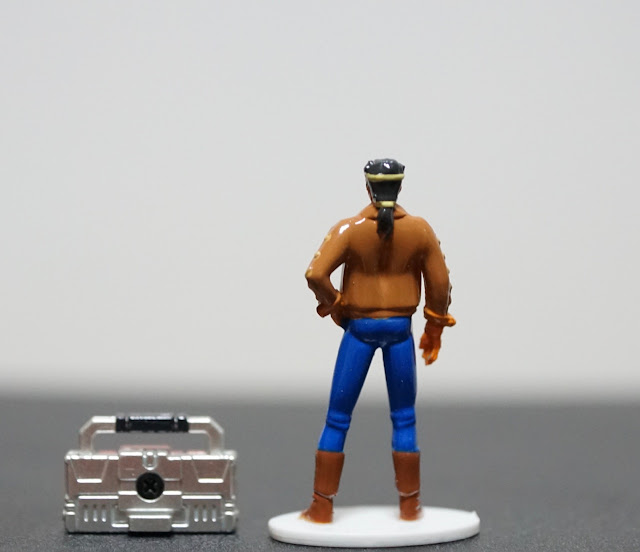 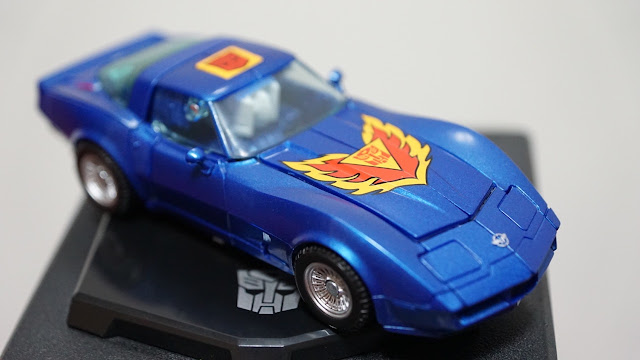 The alterego mode is well-made and the dimension of the Stingray is well-maintained. 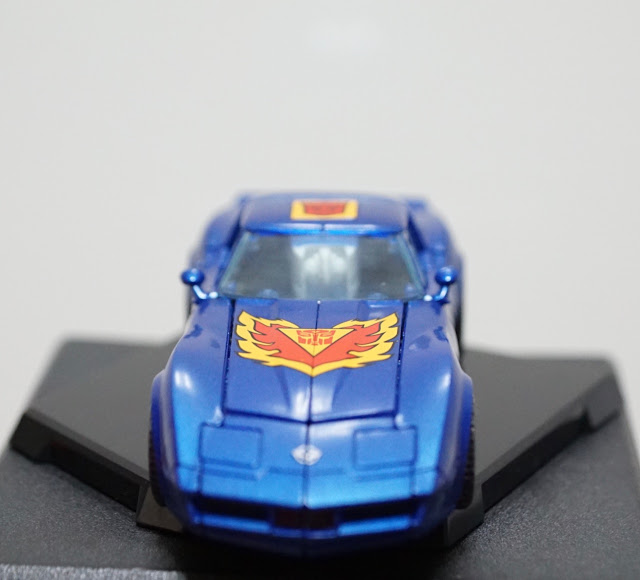 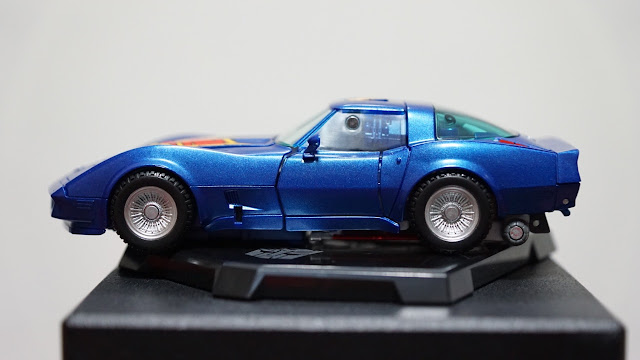 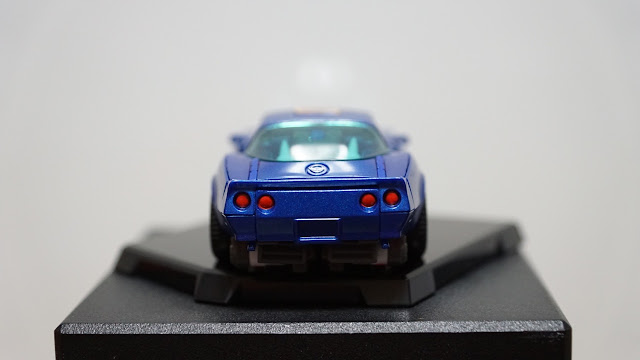 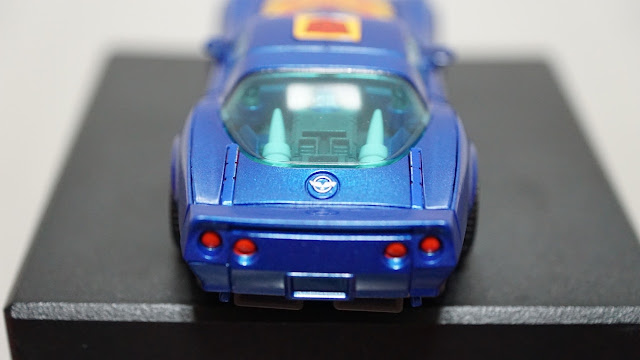 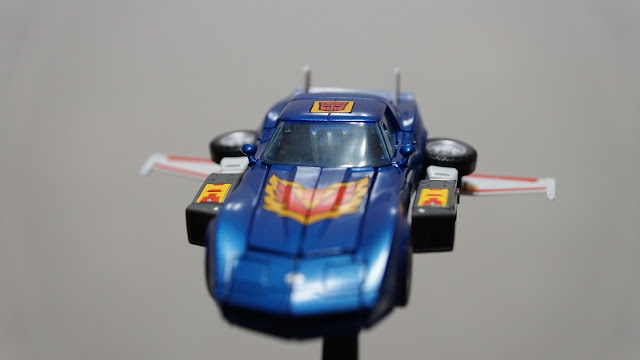 This is the mode that had me sold. It has the M.A.S.K feature which only the 70s kids will know what I'm referring to. 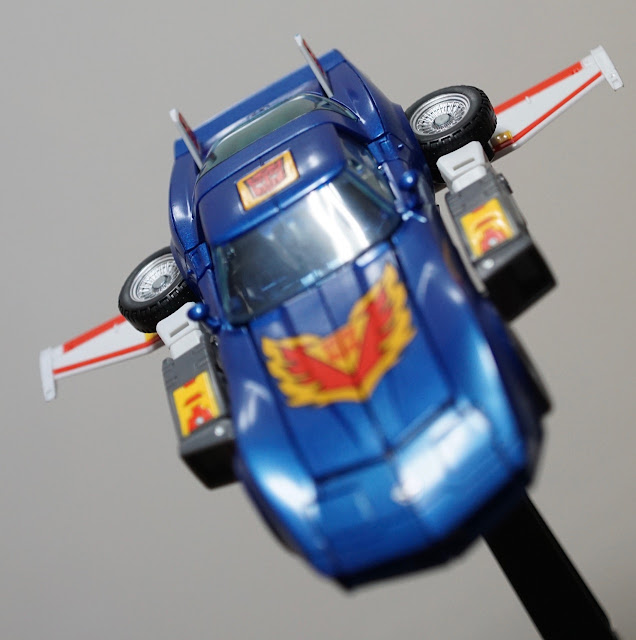 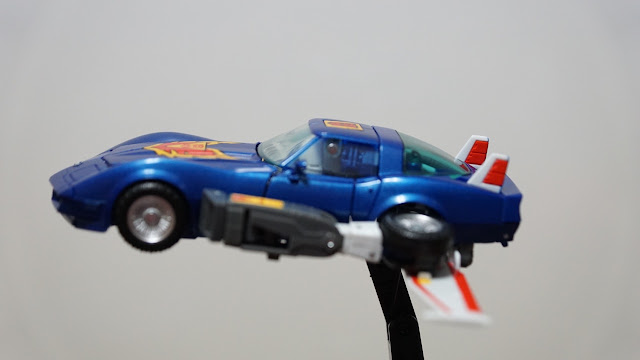 Another bonus of this set is a display stand which can be used for flight mode and even robot mode. 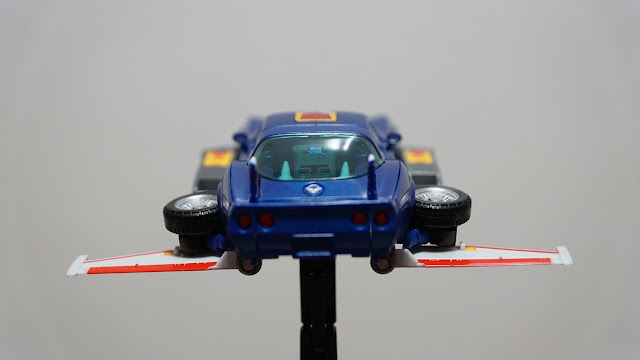 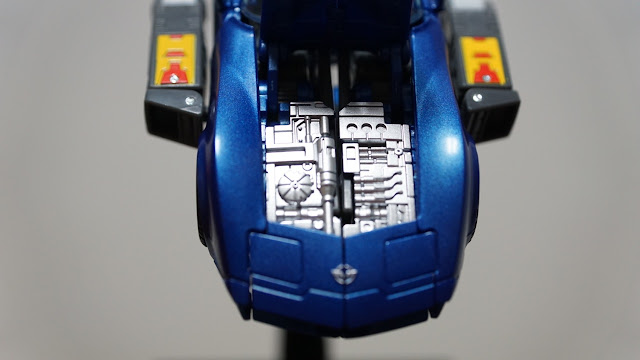 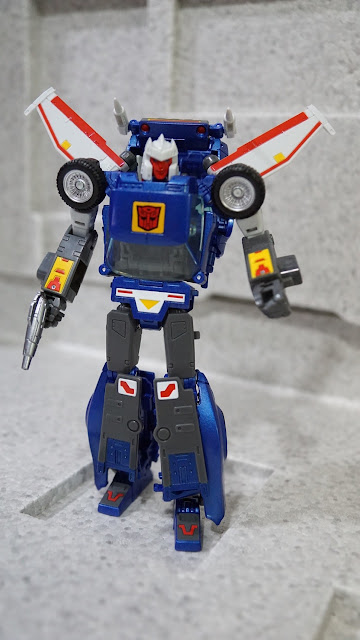 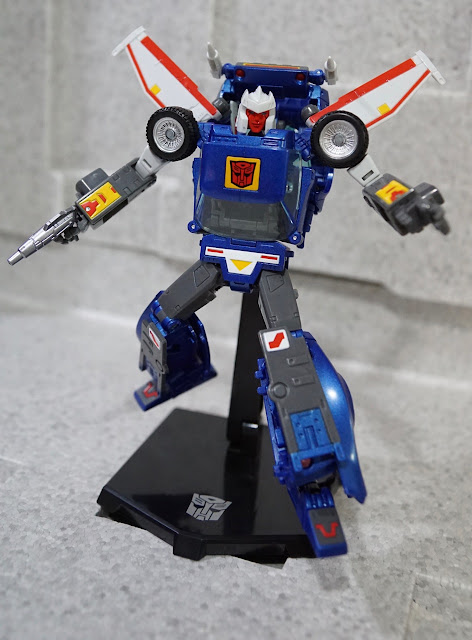 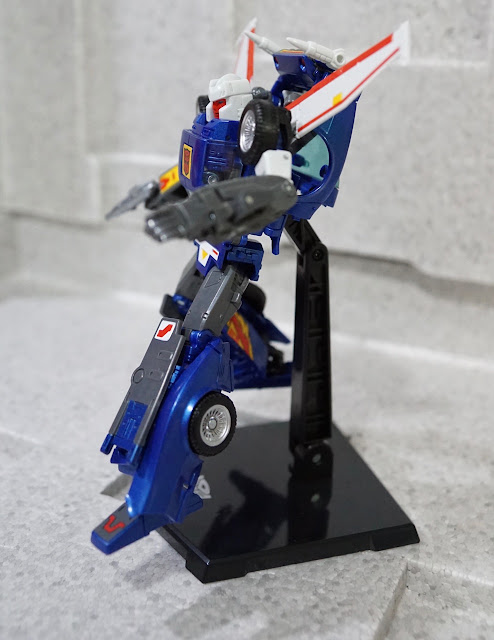 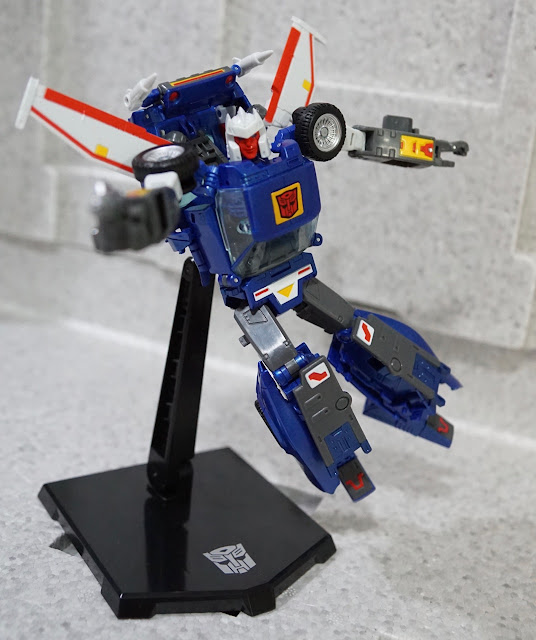 Articulation of Tracks is fantastic and there is so many other poses it is capable of but time is the provision I lack of. 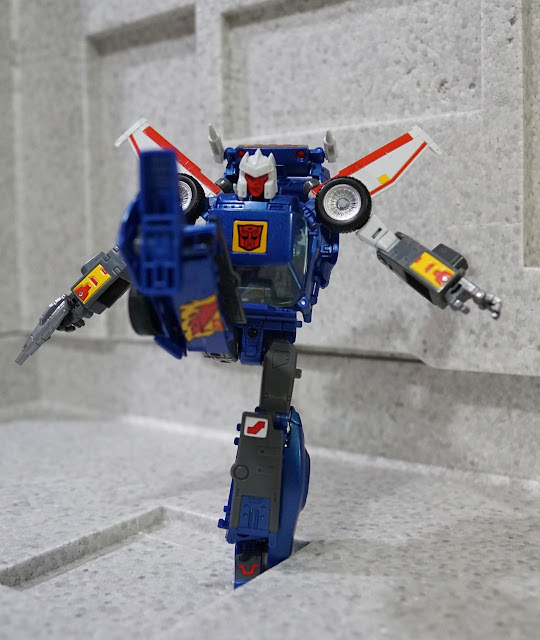 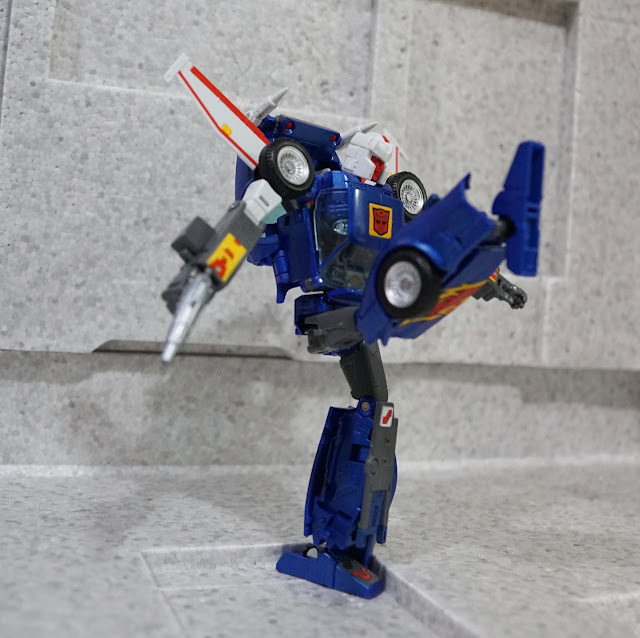 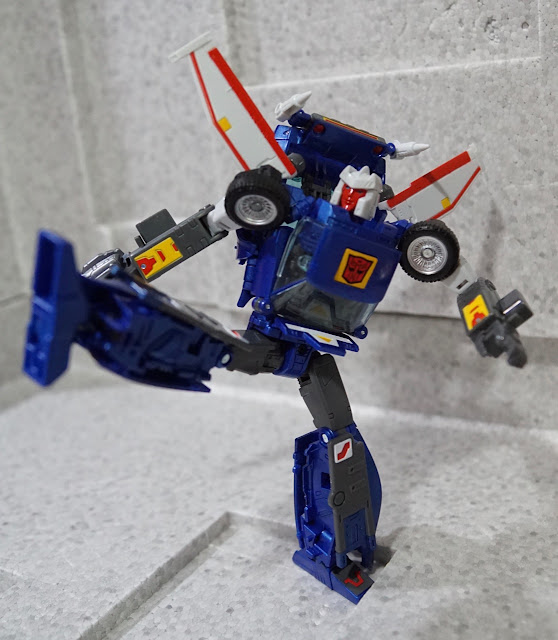 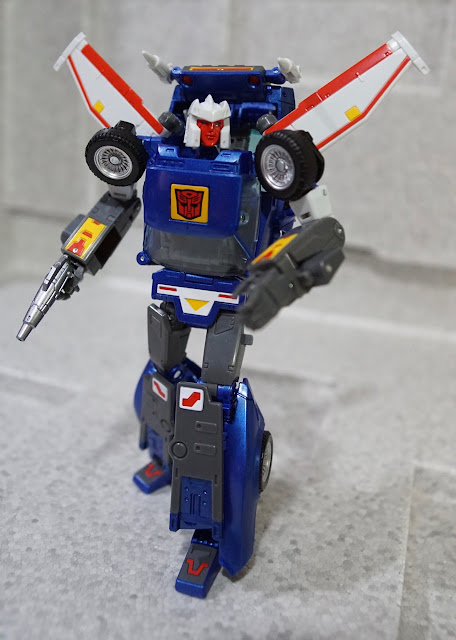 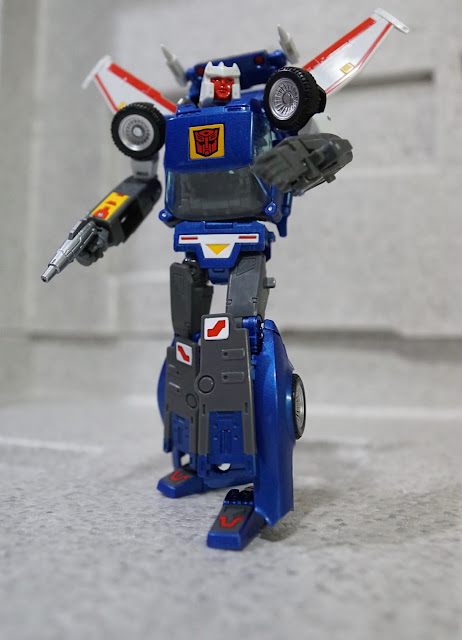 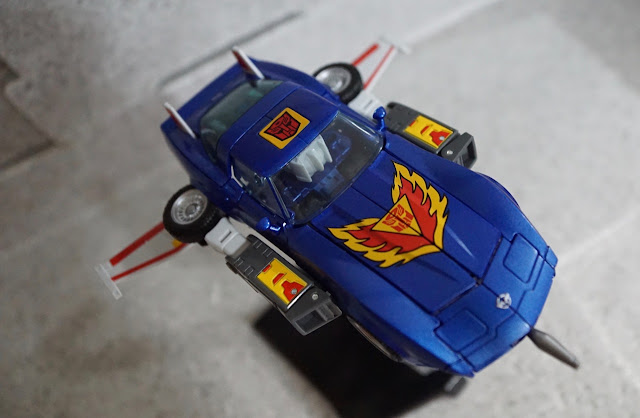 I missed out the Front Lazer in the earlier picture and so supplement a couple more shots in flight mode and frankly speaking, I prefer the vehicle mode. Actually, Blaster and the Black Beam Gun can be fitted into the front dashboard but I had no time to do that too. 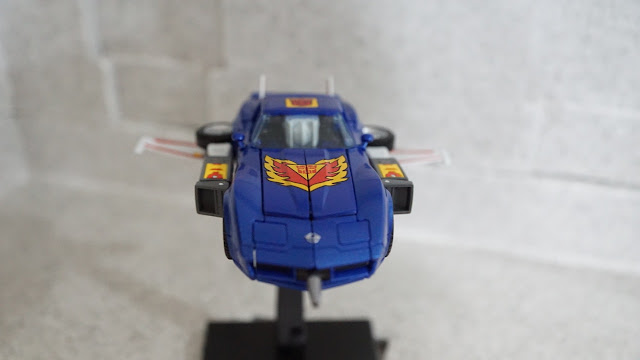 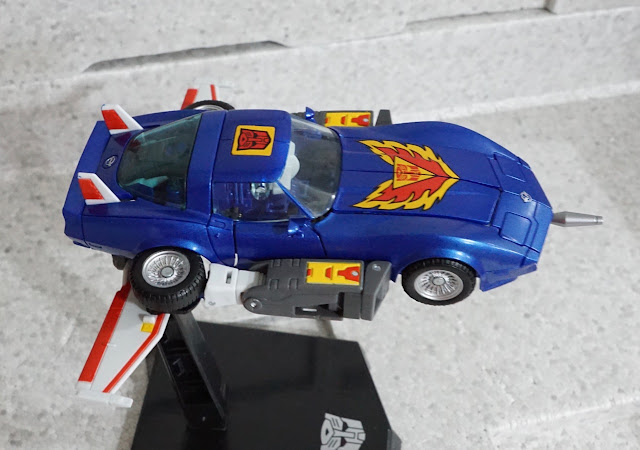