Like many Star Wars fans, I am drawn to R2-D2 (aka Artoo) for its eccentricity. However, it is a very unassumingly intelligent droid and that is probably how it survived all this while. 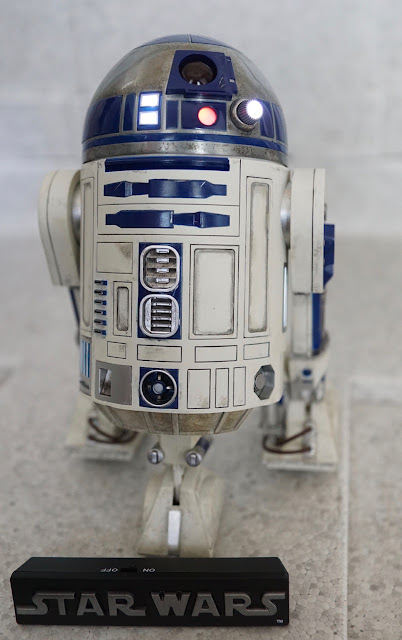 There had been couple of releases of Artoo in 1/6 scale but I have passed all of them until this one. Ironically, Hot Toys's version of Artoo is the simplest with the least number of accessories.
However, before we start talking about Hot Toys's Artoo, I like to showcase the Disney Takara Tomy remote control Nano-droid. This is given to me by a good friend, Hoky, (the same guy who gave me Selina Kyle) and he figured I would be a better owner. 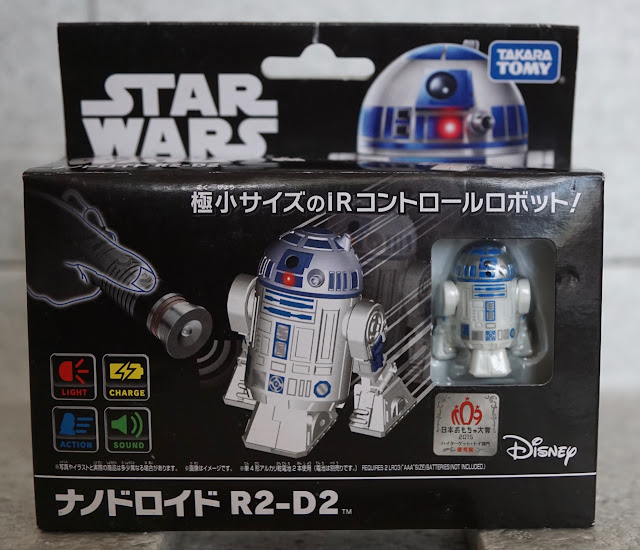 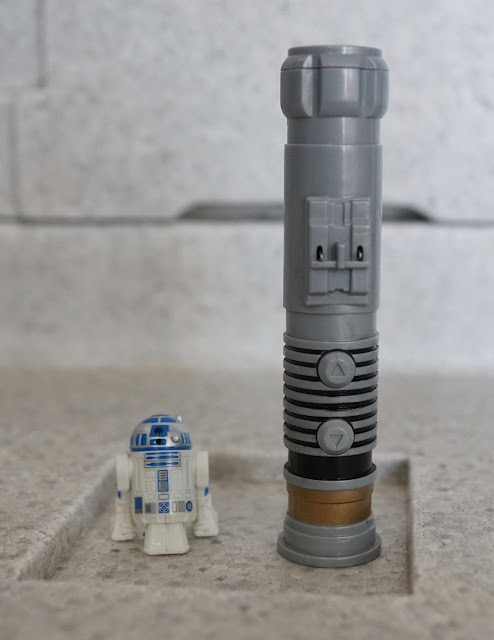 This is essentially a simple forward and reverse movement remote control toy. The lightsaber looking remote controller emits the command and gives out iconic sounds of Artoo as it zips forward and backwards. There is a video of it in action at the end of this post.

The conductor plates at the back of Artoo (see picture below) is pressed against the controller's conducting pins (see picture above) for a fast charge of about 10 seconds. Artoo will beep (sound from the controller) and run for about 2 minutes before the next charge. 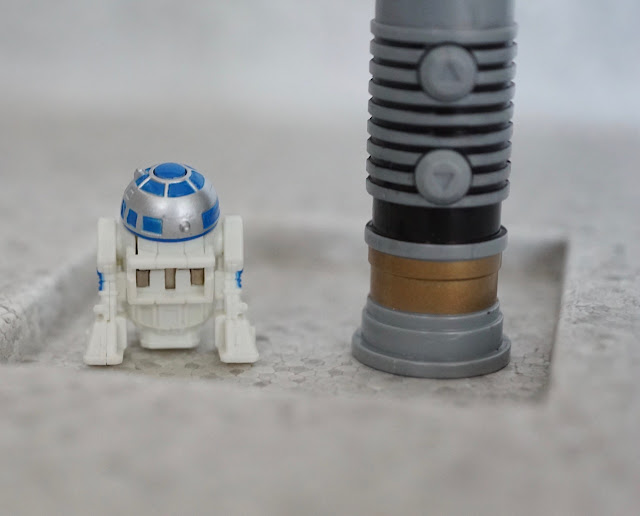 Closer look of Artoo and the details for something this tiny is almost perfect! 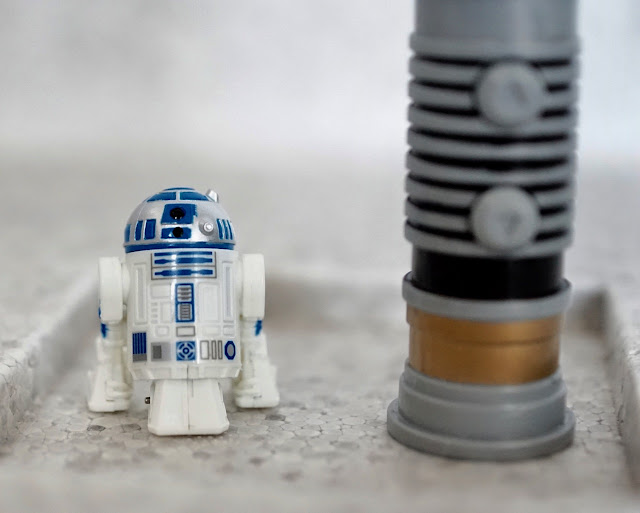 Finally, we move on to Hot Toys. 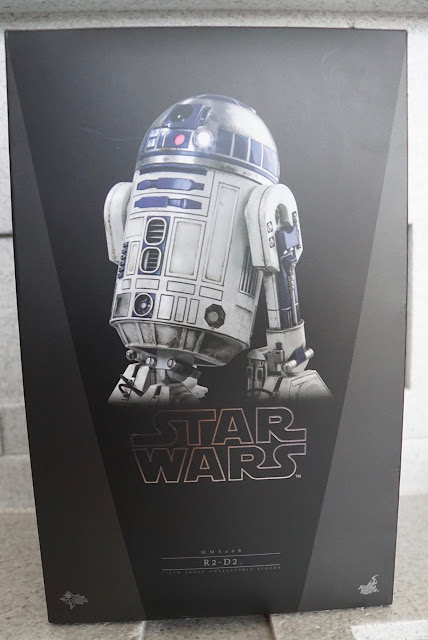 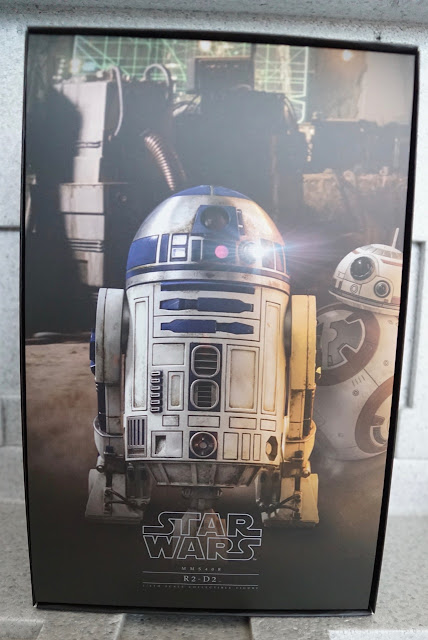 Other than the boring packaging, it comes with just Artoo and the remote controller (along with the batteries). 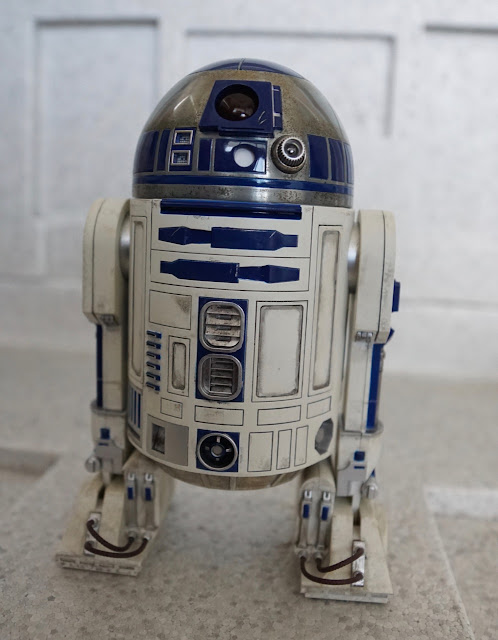 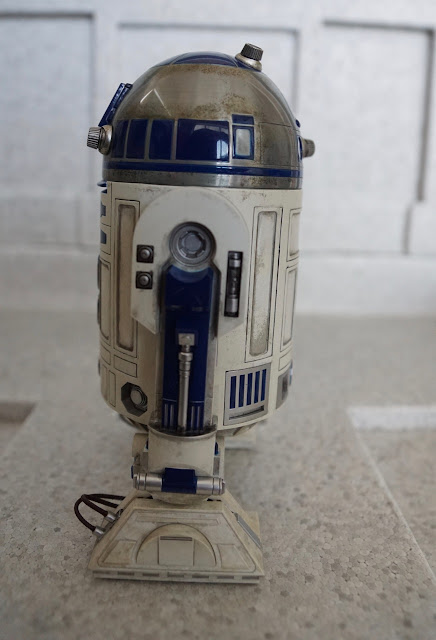 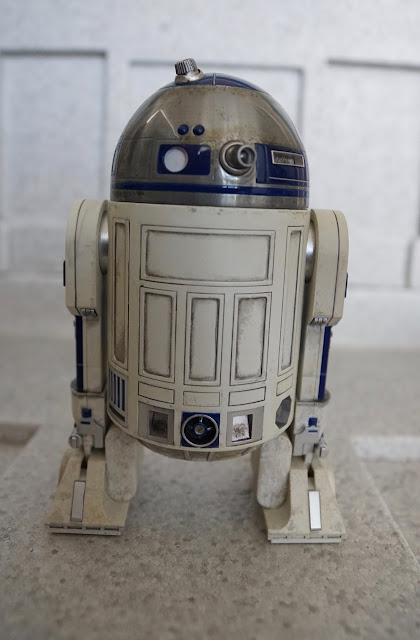 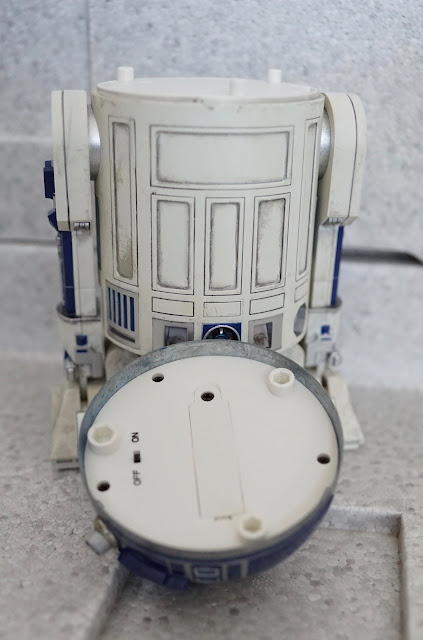 The batteries go into the head dome which is made of diecast metal and the remote controller which serves as a label display as well.

Close up of Artoo with the controller and the light up LEDs. There is quite a lot of tech gimmick and that explains the price tag for this. 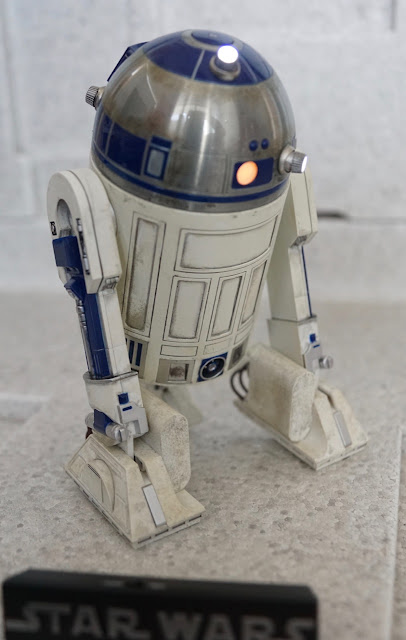 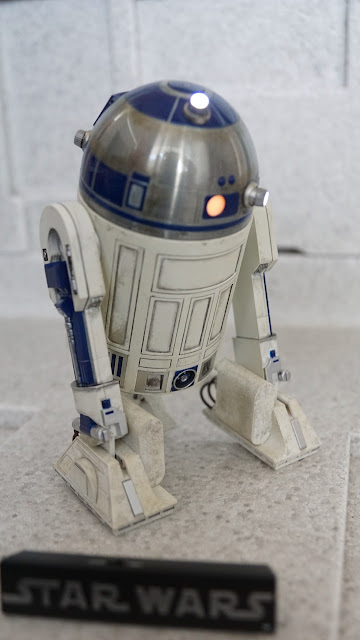 Video below shows the workings of the 2 Artoos mentioned above.