I was thrilled when I first got my hands on the Nero Rex as I had always wanted a Predaking and this rendition by Mastermind Creations is simply amazing.

One year later, Mastermind Creations released the Face Kit. I suspect it's more accurate representation of the Predacons or better known as Feralcons in the case of Nero Rex. 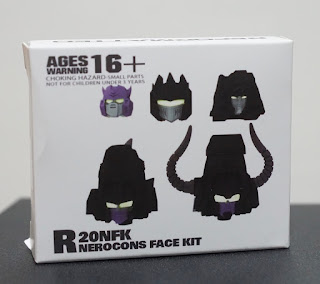 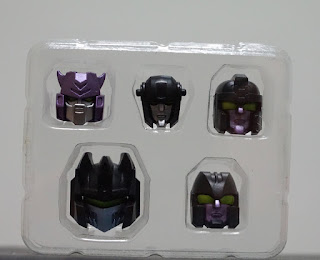 Removal of the face or heads of the Feralcons isn't straightforward and there isn't much help online; rendering the fact that this line of toys and its collectors are few and far between. Nonetheless, I managed to get it done.

Bovis, Fortis and Leo Dux (below 3) require a fine Philips head screwdriver. The heads on the left are the originals while the ones on the right are the Face Kit heads. 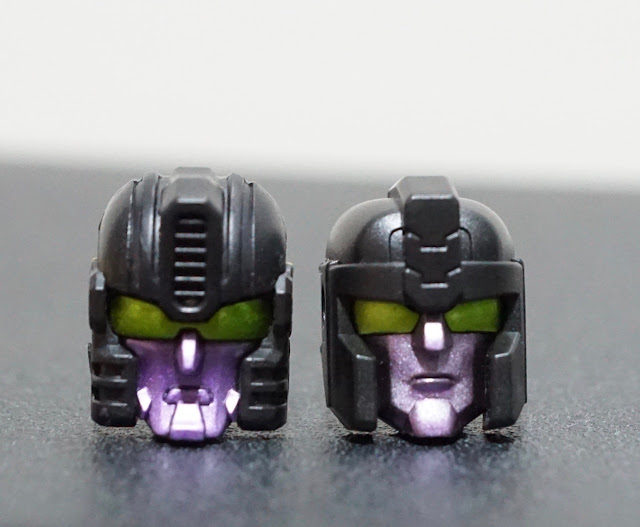 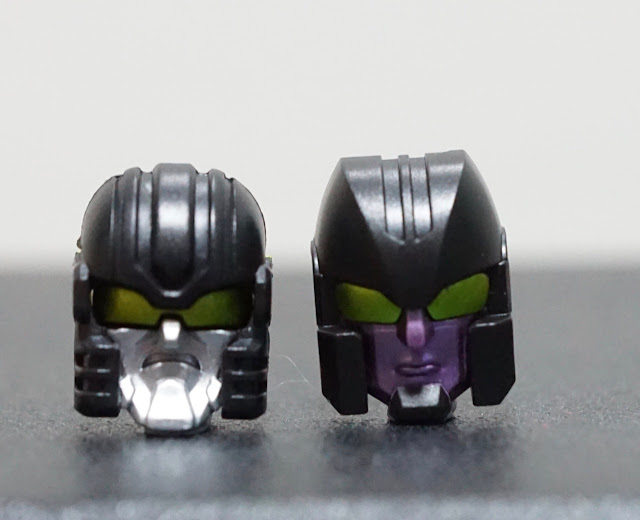 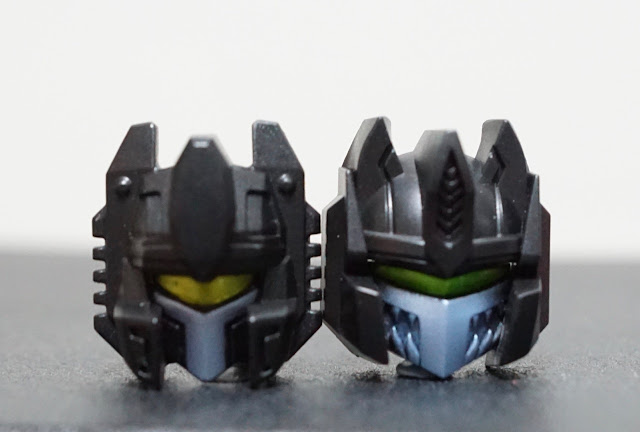 Tigris is the easiest as it is held on by a peg and it is swapped in no time. 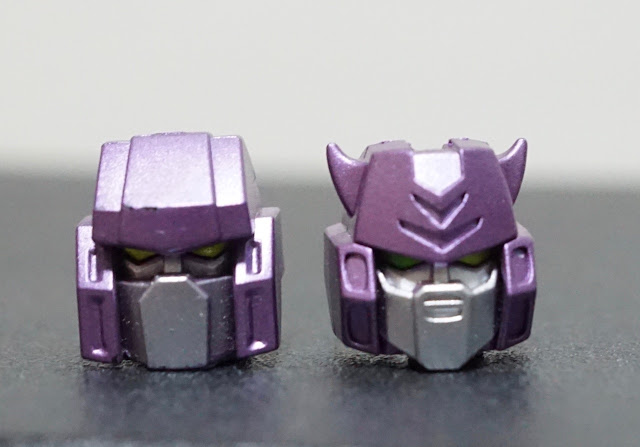 Talon is the one that gave the greatest headache as you will need to use a plier to pry open (outward movement) the head to widen the grip that held the face in place. Removing is not as tough as replacing the new head; Patience and skill applies. 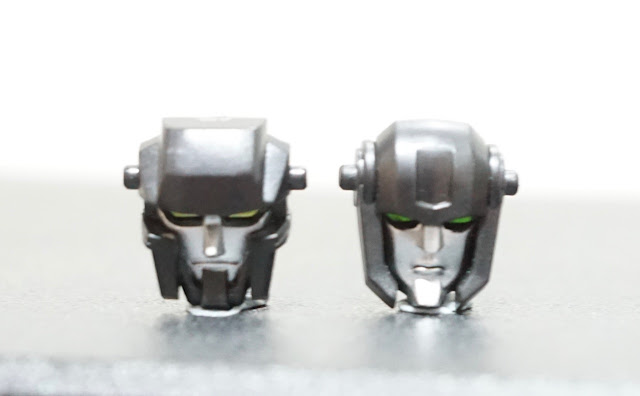 In the end, I managed to get it done after possessing the Face Kit for about a year or so. 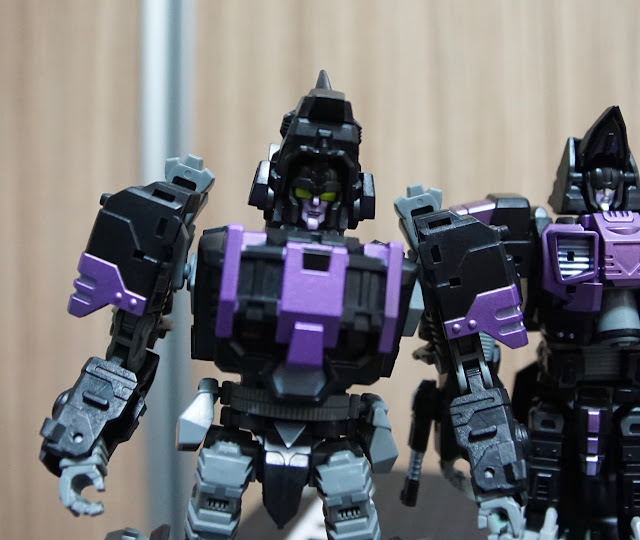 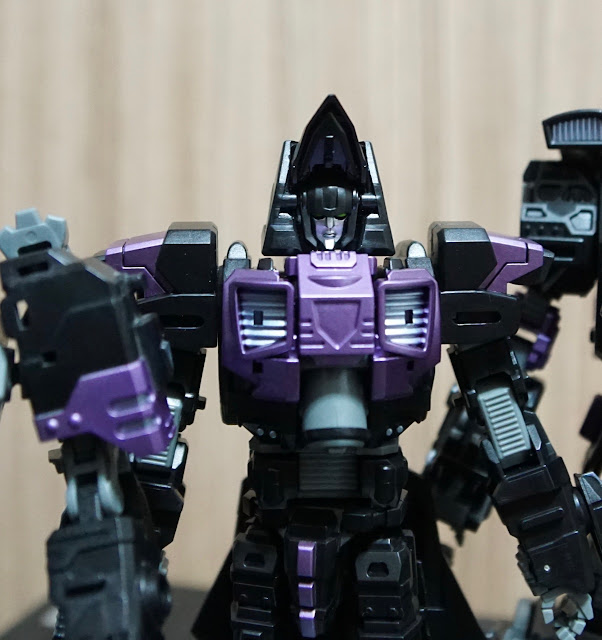 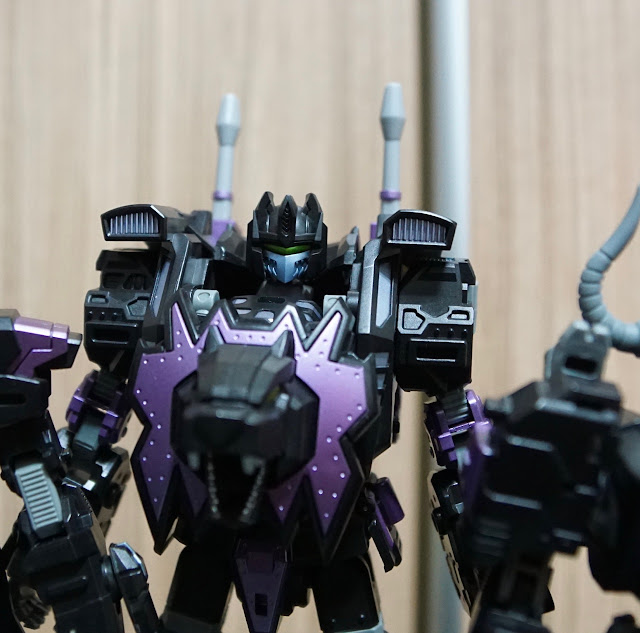 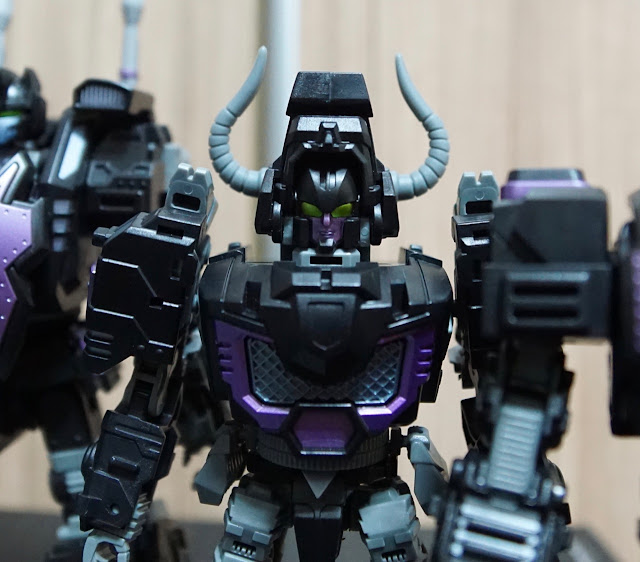 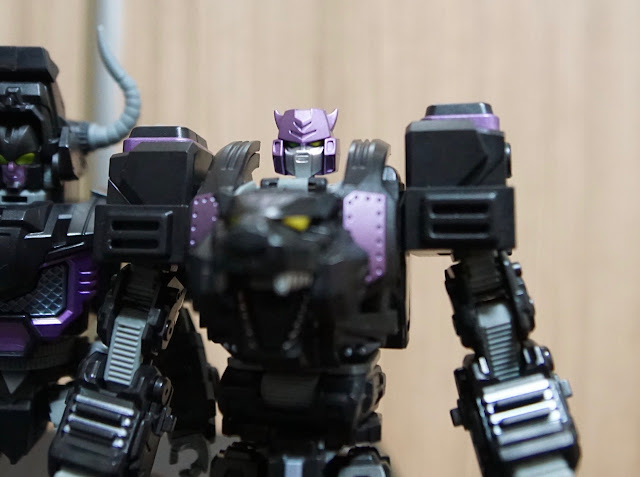 Actually, the difference is rather subtle and I probably will display this in Nero Rex mode; so the effort may have been quite wasted. Well, that's the 'joy' of toy collecting.