from Macross Frontier is the toy that I have decided to feature (yes, I finally decided to open up all the SMS valkyries from the series).

The RVF-25 is an Electronic warfare variant, with a dorsally-mounted rotodome and featuring a different head design. 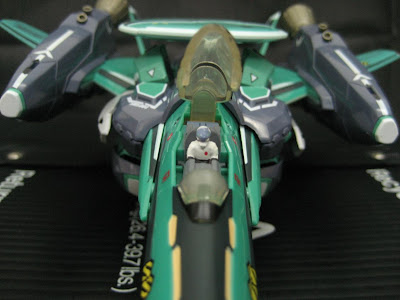 Piloted by Luca Angelloni throughout the series. He is one of the youngest member of the SMS team and most probably the brainiest. He is a totally new character from the Macross series, however, the valkyrie is not. 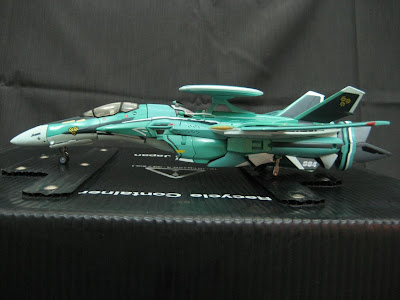 This is similar to the Elintseeker (which I have already pre-ordered). RVF-25 is still an enhancement compared to its predecessor as it carries armament and is fully capable of battle. 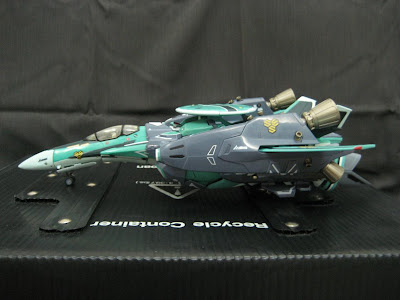 It can also be fitted with Super Parts to enhance speed and additional missiles pods are fitted on the shoulder with the Super Parts. 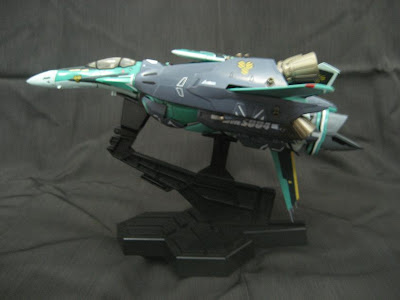 The slight difference in the fighter mode other than the rotodome is the ventral ELINT fin (detects targets via fold waves with a maximum detection range of one light-day in space) which is seen at the back of the valkyrie. 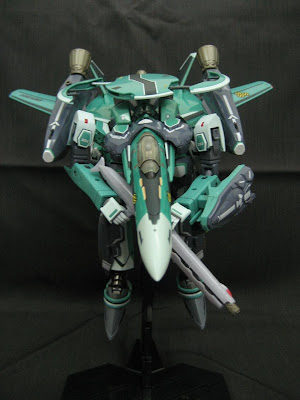 Gerwalk with Super Parts on and rotodome activated. Had a hard time getting this right as the parts did not exactly stay put and the handling can be tricky. 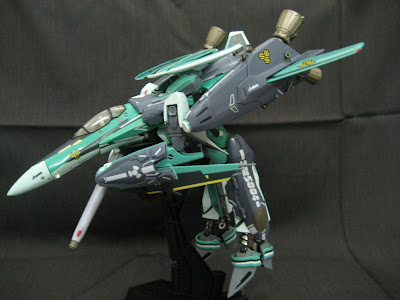 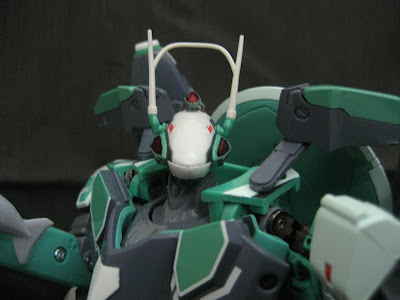 Batteroid for this valkyrie is my favourite and if I were to ever display it, this mode it will be. I mentioned that Luca is one of the youngest members and so the head sculpt is pretty apt as it looks happy (just a personal opinion). 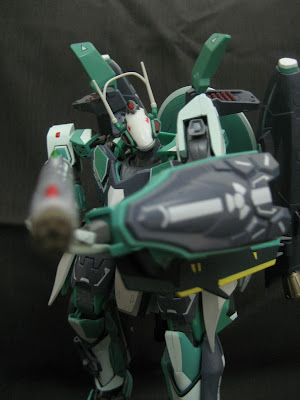 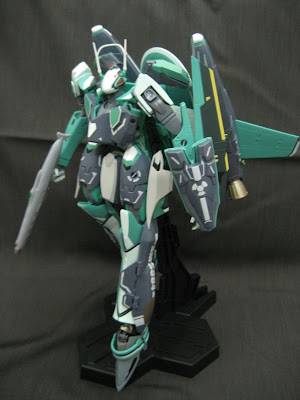 Reminds me of a grasshopper 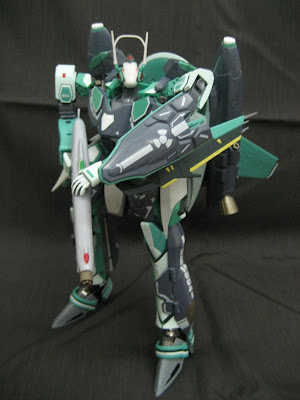 Well, I am impressed with Bandai's offering of the valkyries from Macross Frontier as I was a sceptic before my purchase and even so when I bought my first VF-25F. However, it is only until I finally opened one and fiddled with it to realise Bandai do make good Macross valks; in fact, they were the first to do so in the 80s.
It took me about 1 hour plus to get the valkyrie transformed, fitted with Super Parts and taking photos. The pictures are a little off focus; as it was after a long day of work and struggling with a flat battery in the camera.
Posted by Jonloh at 9:30 AM