is another valkyrie from the SMS skull Squadron. I do not think I have explain what SMS stands for.

S.M.S. (Strategic Military Services) is a Civilian Military Provider owned and operated by the mysterious Zendradi named Richard Bilrer. Mr. Bilrer originally created the S.M.S. as private security service to protect his transportation corporation. The SMS (for short) organization has been contracted as outsourced military protection for the Macross Frontier Fleet and supplements the fleet's military assets. The organization consists of former N.U.N.S. veterans and talented soldiers. The organization's assets include more two squadrons of the new VF-25 Messiah variable fighters, a VB-6 König Monster variable bomber, a small compliment of Meltlandi Queadlunn-Rea power-armors, small company of Cheyenne II Destroids and a transformable warship named the SMS Macross Quarter, like the SDF-1. The S.M.S. maintains its headquarters on Island 1 (the primary colony ship of the Macross Frontier Fleet) with additional port facilities where the Macross Quarter is docked. 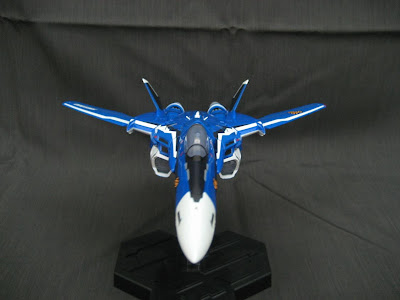 The second preferred Valkyrie after Ozma's VF25S is this, perhaps it is the color scheme that appeals to me. Michael Blanc is parallel to Maximillian Jenius of the original Macross series which explains the color of the valk. 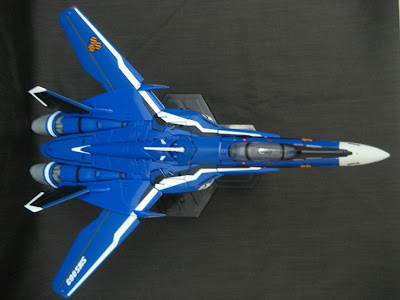 Like all other Messiah valkyries, the design is the same and difference is only in color and head design of the valks. 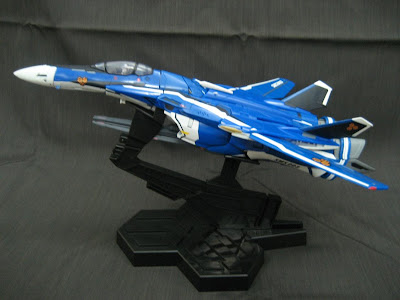 There is a another difference as Michael is a sniper and thus, the VF-25G is a variant of the standard VF-25 Messiah equipped with an electromagnetic rail sniper gun pod and an enhanced optical package in the specially designed head unit. The most valuable capabilty of the "G" variant Messiah was by far it's ability to field heavy weapons in support of friendly units. The heavy firepower of the VF-25G was gained via the SSL-9B Dragunov Anti-Armor Sniper Rifle, a powerful rail gun that was already in service with the VF-171 Nightmare Plus. The SSL-9B fired a super polymerized gold cartridge covered in super-hard metal not at the low end rail gun velocity of 3,500 meters per second, but at an impressive 6,200 meters per second (the linear driver increased initial velocity to 7,490 m/s in space). 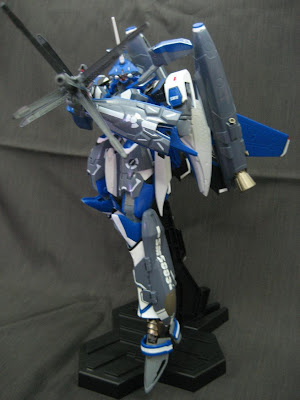 The cool factor of this is the long electromagnetic rail sniper gun pod and its head. It is indeed a formidable opponent in the battlefield. 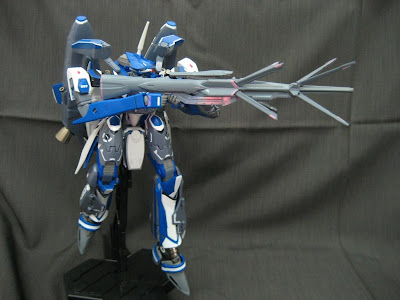 The sniper rifle is about 3/4 the height of the valk, as such, the VF-25G provides support in the beginning of the battle. It joins in close combat only when it used up all its sniper rounds or the fight intensifies. 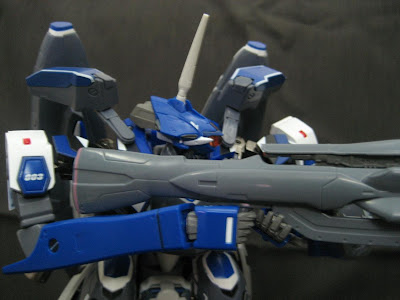 The VF-25G's SSL-9B sniper rifle remained one of the few reliable weapons capable of routinely penetrating the Vajra's incredibly powerful energy converting armor in spite of their adaptive defenses. To improve the accuracy of the SSL-9B rifle, the VF-25G Messiah included a specially designed head unit adjusted for sniping and an FCF-21b FCS precision fire-control booster located in front avionics bay. 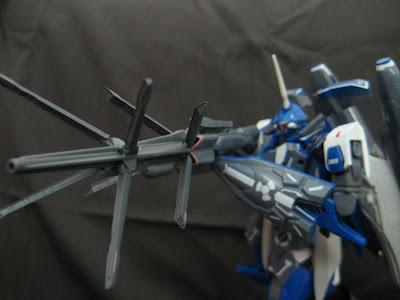 Nothing gets missed when the VF-25G locks his eyes on (none more to say about my shooting skills). 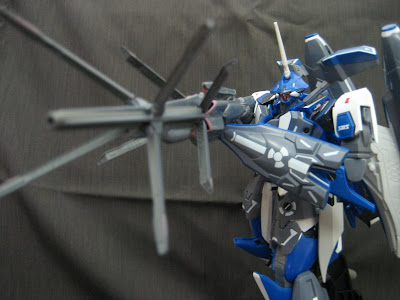 Again, like the RVF-25, the pix here are off focus; same reasons (excuses) applies. Anyway, discovered a new mode while transforming it back to fighter mode. 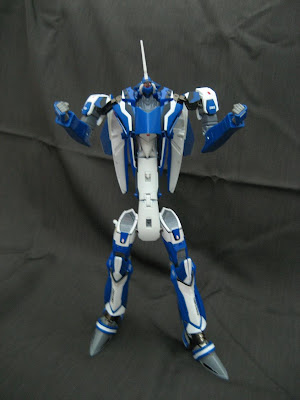 Berserk mode!! As in the Evangelion series when EVA 01 Test type went berserk.
Posted by Jonloh at 10:17 AM