since the series debuted in 1982. I was an instant fan since the first time I caught it on TV and as mentioned before I never did own any variable fighters or valkyries and definitely not the super fortress SDF-1 (I would still like to own one).

After the review on VT-1 Super Ostrich from the 1982 series; here we have the newest variable fighter and the most highly spec model belonging to the Skull Squadron Leader, Ozma Lee. He is parallel to Roy Focker of the original Macross series. That explains the yellow and black color scheme.

A little history on Macross. The first series setting is in the year 2009 (it is 2009 now and I don't see any fighter jets transforming) and 50 years have passed into the year 2059. 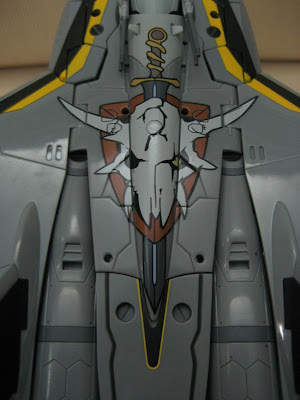 The insignia, Skull Squadron which is basically shouting out loud to the enemies "Shoot me, I'm the commander". However, Ozma's skill is so good in the series, I do not believe he ever got shot down. Did I also mentioned that all the system on his valk is enhanced? 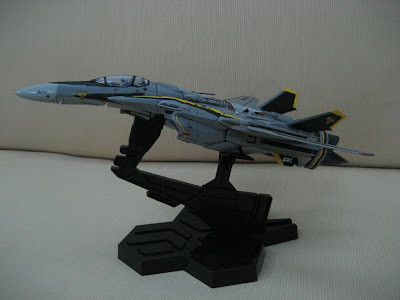 The fighter mode of the VF-25S compared to the VF-25F has no distinct difference except for colour scheme and the insignia. 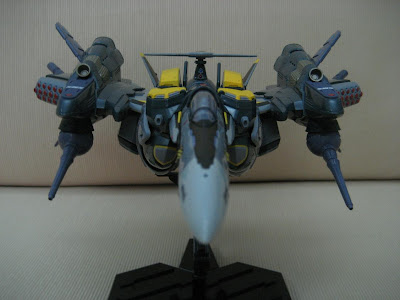 Let's slap the aromor on which took me some time. This unit comes with a full armor which is a vast improvement since 2009. This armor allows the valk to have it on in all three modes; fighter, gerwalk and battleroid. 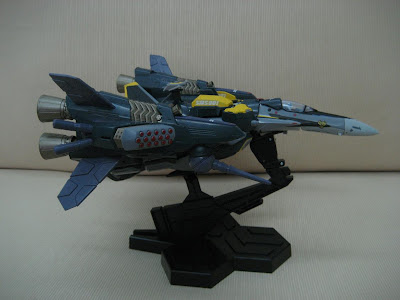 Side view with the armor on - The valk is basically covered after the cockpit onwards, which I wonder why is the most important part of the valk not protected? The full spec about the armor can be found here. In short, it is like Rambo in the space. 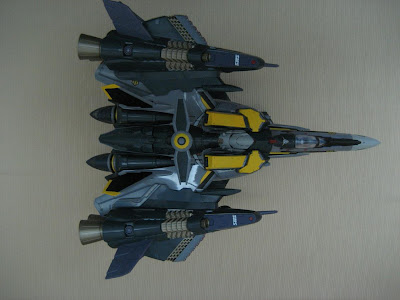 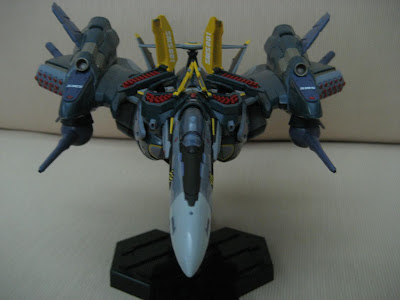 Missiles pods opened and missiles are hot and target locked. There is not hiding once that happens.
I skipped the gerwalk mode with the armor on simply because it just look like the fighter mode with the legs hanging. So, let's move on to the batteroid mode. 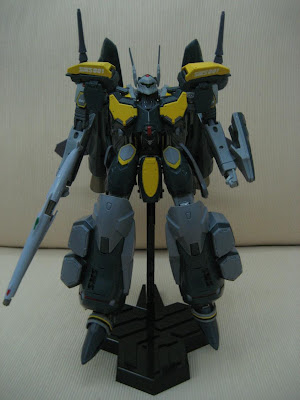 This is the best looking mode and if not for space, I would leave it as it is. Not to mentioned it took me a really a loooong time to get this right. The price paid for this is definitely worth the detailing and engineering that went into it. 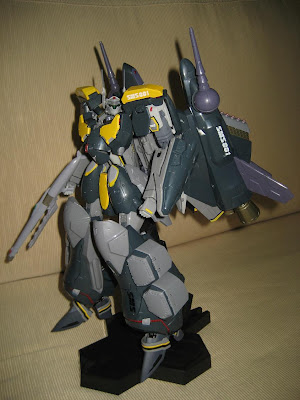 Surprising for the heft that is on the back, the figure is able to stand on its own (not shown here as it looks better suspended). The diecast content in the legs must have attributed to the great center of gravity.
With this addition, I have completed the Macross Frontier's Skull Squadron. It took me about 1 year to get all and I have not open the other two; VF25G and RVF-25 . I wonder when? 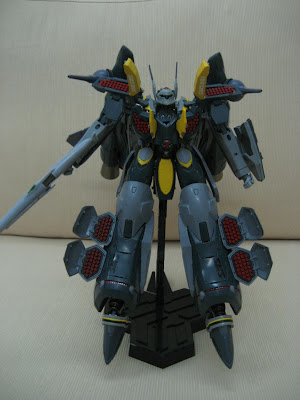 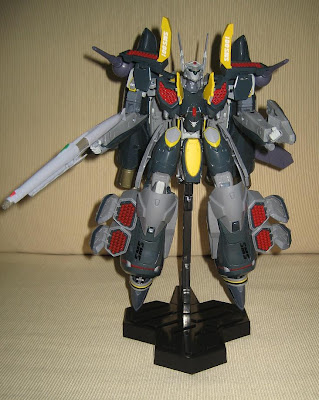 one more with the flash on 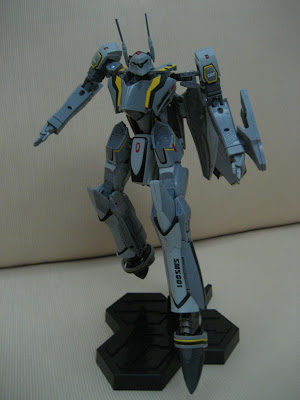