is what Ris Low should have done to avoid all the unnecessary attention just like Yamato's 1/60 VF-1S. This is the Low Vis (low visibility) color edition of Roy Focker's VF-1S from "Do You Remember Love" (DYRL)
Here is a little review of the product.
Packaging 2/5
Well, I may have been spoilt by the classic packaging where there is a front flap which opens to offer a sneak peek of what's inside. Even the Super Ostrich released previously had that. 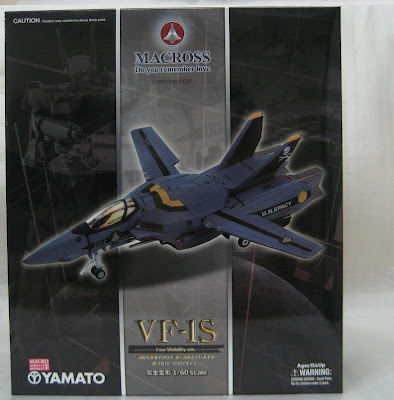 The artwork on the packaging is plain and simple. It sort of follows the design of VF-0A from Macross Zero. Yamato is most probably keeping to a standard form of artwork based on the scale of the toy. 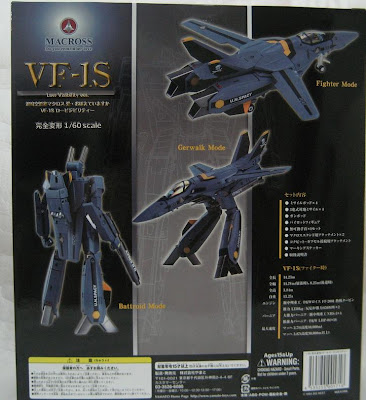 The back of the packaging is the standard display what the three modes are and some specs on the plane. 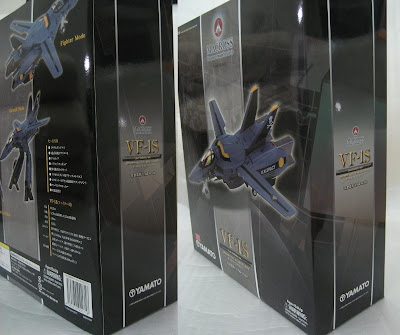 The sides of the box are even more boring. However, who really bothers what is on the box. What is in the box is more important. So, let's yank the inside out! 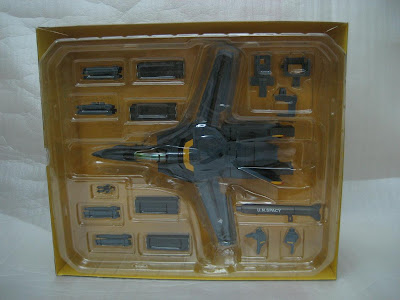 Standard issues are
Missiles pods
Anti Ground Missiles
Gun Pod
Pilot - Roy Focker
Additional stuff beginning with 1/60 scale
Display Stand adapters; one for fighter and gerwalk mode and 1 for battleroid mode
2 DYRL hands; one to hold the gun and one open hand
1 adapter to hold the nose of the plane (something like this) courtesy of CollectionDX 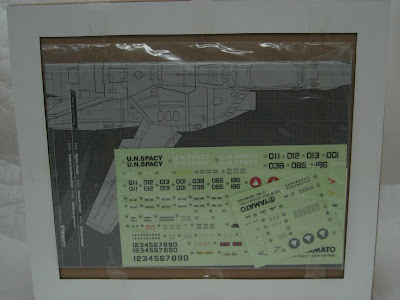 On the underside are the instructional manual (which season macross collectors can skip referring) and sticker sheets which I do not recommend applying. They do not stay put unless you apply some coating and keep the toy away from dust.
The Toy - 5/5
Yamato is still tops when it comes to making a really good valkyrie from Macross.  They thrive in areas where Bandai fails. That is the Gerwalk mode. Bandai failed miserably the last time I tried to display the VF-25 in Gerwalk mode and the sentiments are shared by many. 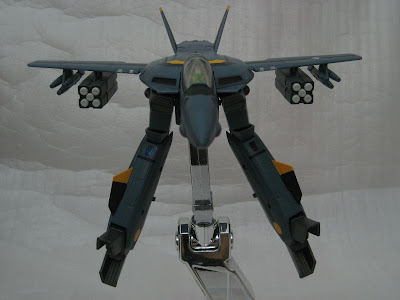 A perfectly display gerwalk mode which in my opinion is the trademark of a Macross Valkyrie. 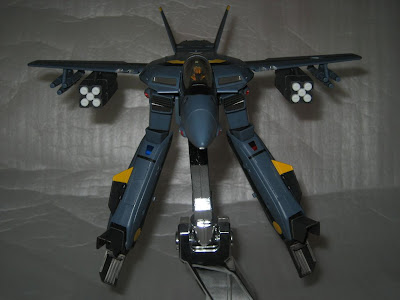 Another shot of the same pose with the exposure of the camera @ -1. 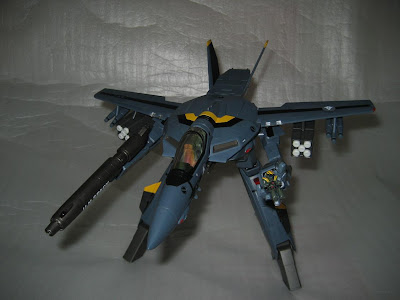 Here we have Roy on the open hand and the valk is without the display stand. 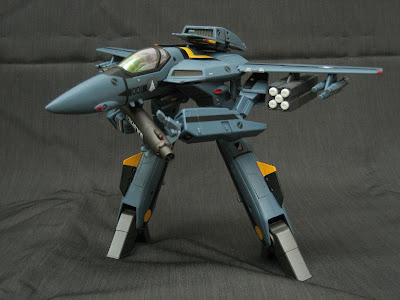 The full Gerwalk. A number of poses are possible with the generous amount of articulation provided in the leg and feet area. 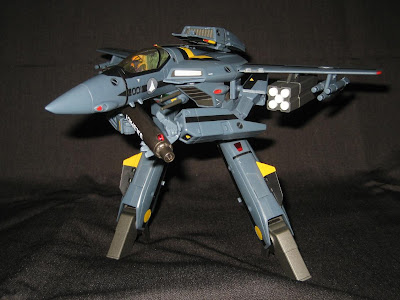 A shot to see through the cockpit. 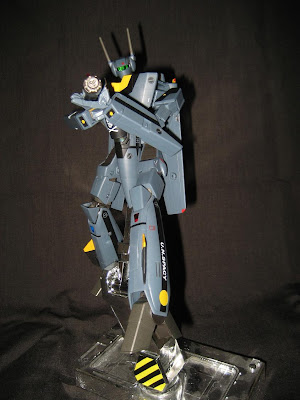 Battleroid mode and on the stand. The DYRL hands sure comes in handy to display this properly. 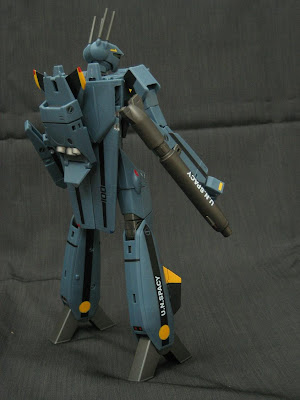 The VF-1 series has the feature of 'clipping' the gunpod on the arm when not in use. 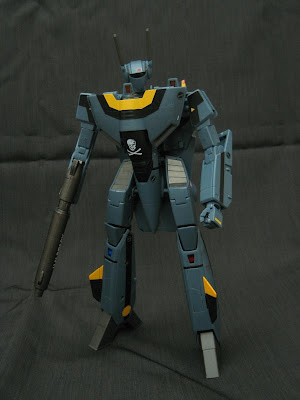 The standard scrawny hands are not too bad themselves when it comes to holding the weapon and for photoshoot.

Love the fact that some of the markings on the toy are pre-painted. The toy generally is smaller than the 1/48 scale but better quality as mentioned in the last review for the Super Ostrich.

It is also much lighter than VF-25 from Bandai as it contains much lesser metal content.
Overall Review
This piece is a winner, especially when it's labelled Low Vis which Yamato once had VF-1A Low Vis which is much sort after even until today. So, get it while you can and before you have to pay a premium price for it.
Posted by Jonloh at 10:30 PM