of completing this long weekend with another blog post. Had this for about a week or so but was too engaged with Astray Blue Frame.
What we have here is the VF-25G Super Messiah of Michael Blanc from the Macross Frontier series. This is a non-transformable action figure with the super parts.

Have been impressed with the mechas under the Robot Spirit line and decided to get it. The size is definitely very small, standing at 6" tall is a huge difference from the DX version also by Bandai.

Out of the box, the figure looks all right in terms of details and poseability. Other than that, I'm not totally impressed by it at all. A sense of regret set in the moment my hands got into contact. 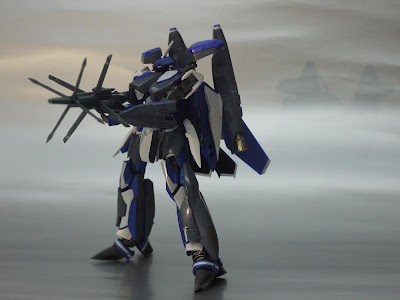 Slapping on the super parts is fairly easy but having it to hold in place is another story which is quite similar to the DX version as well. Bandai; back to R&D and QC!!! 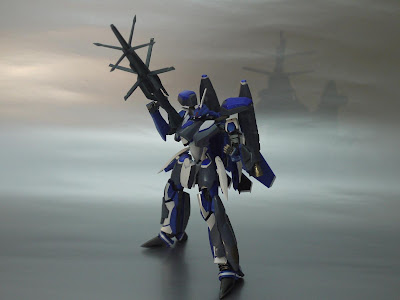 Another thing I don't like about this figure is the beam sniper rifle. Did the designer of this figure watch the anime? 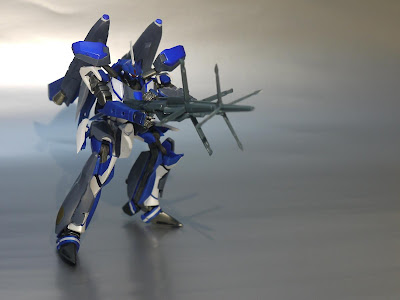 Guess not.
In a nutshell, what is fantastic about the toy is the articulation as seen in the pictures above. The bad is the scale is all wrong. The price is another issue and for what I paid for, I think I deserve a display stand and not an advertisement in the packaging asking me to buy one.
Save your money for something else and I'm canceling my orders for all Super Messiahs (if it's possible).
Posted by Jonloh at 10:38 PM