and finally after some time of searching; I've attained War Machine from the soon to be released Iron Man 2. However, this is the normal movie version without the red Arc Reactor and markings on the figure.

Let's start with the packaging

Simple standard kind of carded packaging with everything in clear view so you know what you are getting. As for the back artwork, it could have been done better. But hey, this is meant for kids age 4+; do they care?

A little tutorial on how you can open this up with minimal damage to the card. Slide a pen knife in the seal between the plastic and the card and glide the pen knife round the packaging for a clean removal.

The Figure - War Machine (James Rhodes)
For $16.90, Hasbro packs in quite a number of stuff. The figure, shoulder cannons and gatling gun, the projectiles, display stand and a schematic diagram of War Machine. 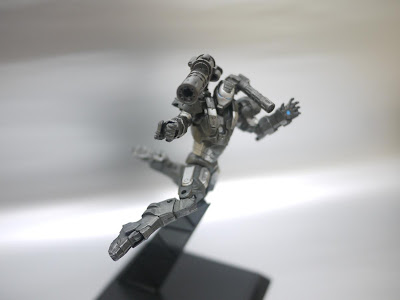 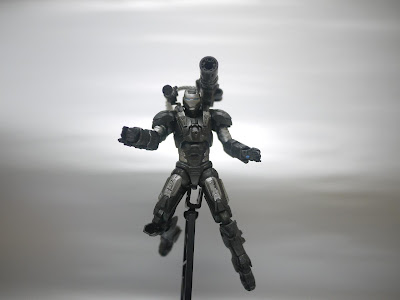 There are articulation points in the arms, shoulders, knee, ankle, waist, wrists and neck. Decent enough considering this being a very small figure. 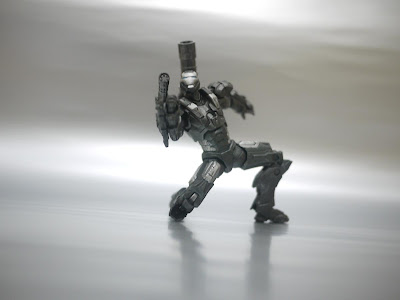 It's a great buy and I don't suggestion waiting for sales on this item because War Machine is the real STAR in Iron Man 2 and Iron Man figures are now just peg warmers hanging in the stores. 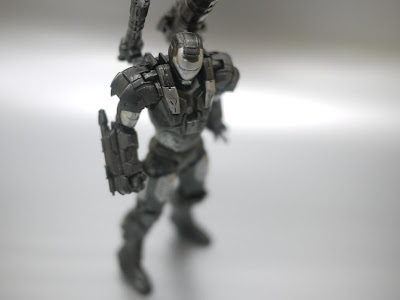