Macross Zero to be exact. Decided to open Shin Kudo's VF-0A with Ghost Booster since I did SV-51γ last night. 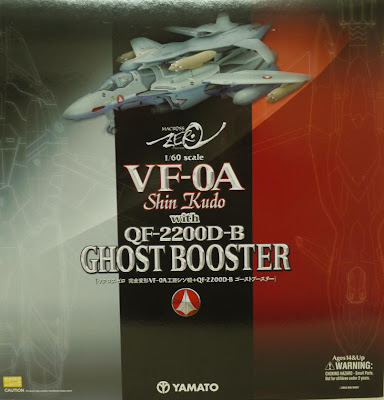 This was released at the same period with SV-51γ and I expected this combo pack thus, did not get the individual VF-0A. 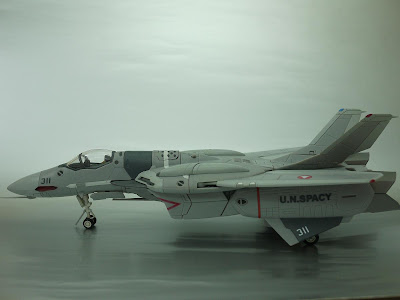 The VF-0A is the first mass-produced variable figher under U.N SPACY and the protagonist, Shin Kudo, beats Hikaru Ichijo to flying in a valkyrie. Roy Folker already a Skull Squadron Commander flying his VF-0S is the mentor (when is he ever not). 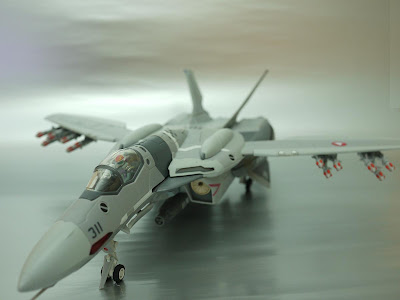 Yamato rebounded with 1/60 scale with this series but this like the 1/48 transforms in entirety without the need to remove parts. Although, 1/60, the size is about the same as the 1/48; meaning VF-0s are bigger? 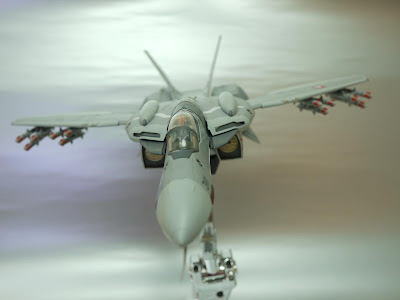 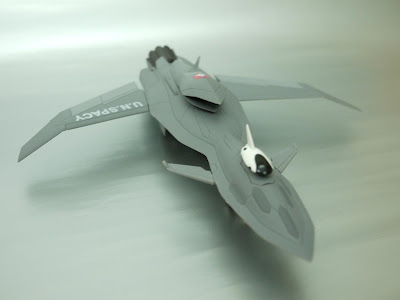 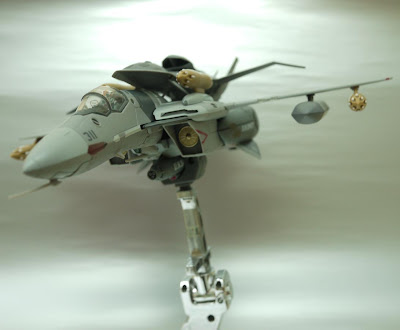 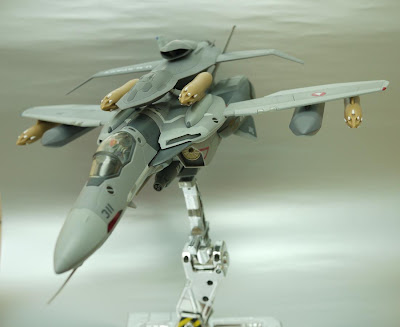 The ghost booster came along with additional armaments which snaps on rather effortlessly. 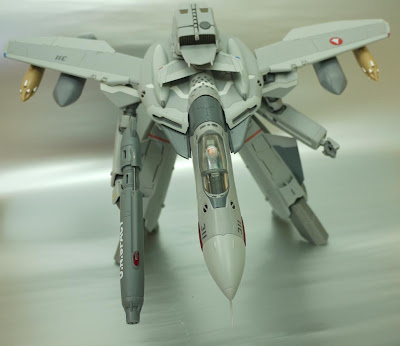 Gerwalk mode which is similar if not identical to any VF-1s. In fact, the transformation sequence is the same. 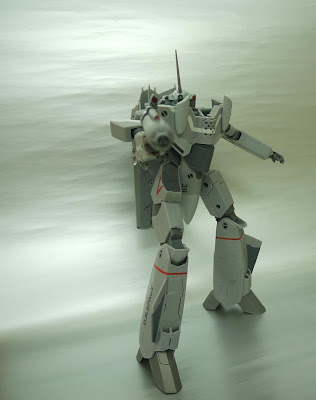 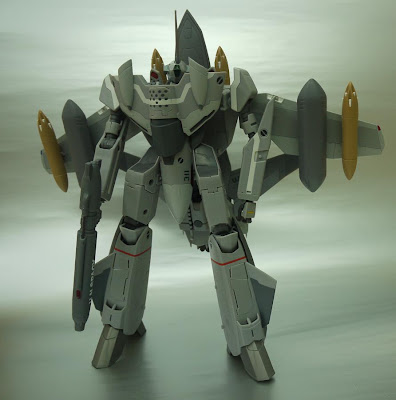 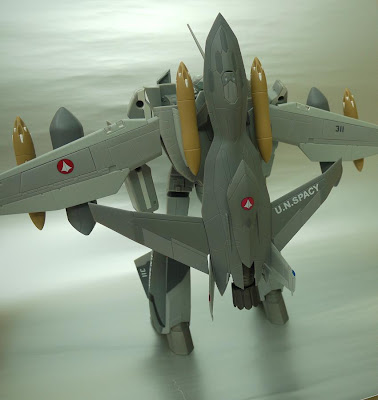 Poseability is nothing out of the ordinary for a Yamato Macross product. The figure stood well on its own even with everything on. Another wonder collection to any Macross Fan.
Posted by Jonloh at 1:55 AM