Gundam is under Bandai's newly improved Gundam Fix Figuration (G.F.F) line now known as Next Generation G.F.F.N. The RX-0 Unicorn is based on the Unicorn Gundam novel. 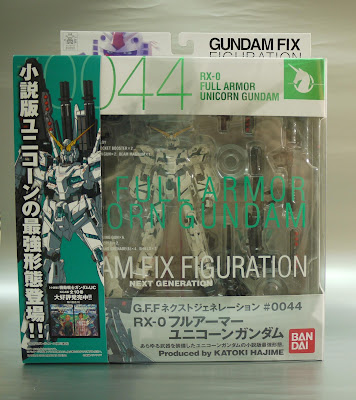 Bandai retains the original packaging for G.F.F and the only addition is the card (left) that briefly explains the origin of the Gundam). 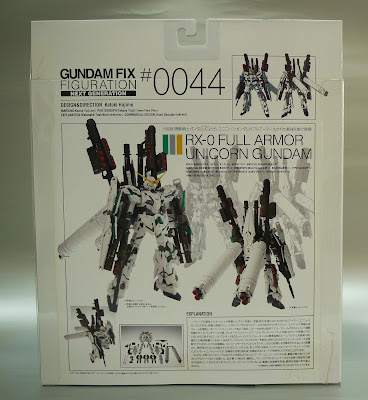 More info is stated behind and this is again typical of all the G.F.F packaging. The number for the figure also followed on from the previous releases. 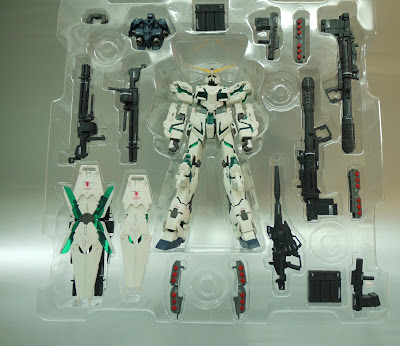 The pleasant surprise and greatest improvement to me is Bandai has finally got rid of the twist ties! They are replaced by the tray lid which effectively holds everything in place. 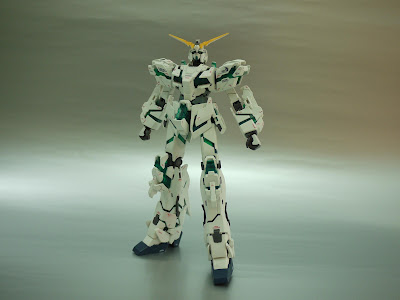 Basic figure is in Destroy mode and there isn't any transformation allowed to the Unicorn mode. 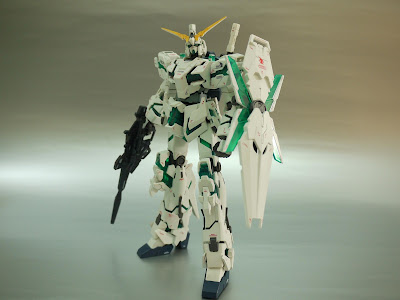 Standard armaments will include a shield and a beam Magnum but this is not the reason why I bought this. 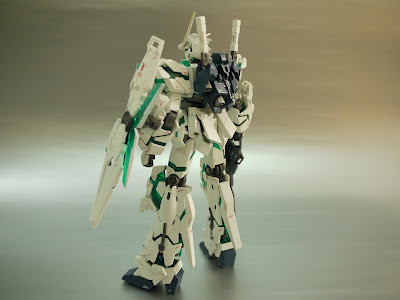 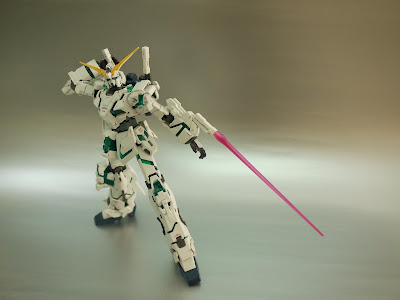 Beam saber x 4
Articulation offered here is pathetic and do not expect too much of any dynamic pose from this. 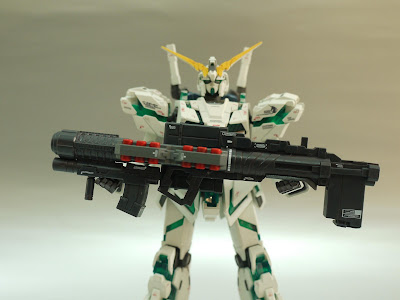 So why did I buy it? Let's get Unicorn here to show you the rest of his toys. First up is the Hyper Bazooka x 2 and it's loaded with a grenade launcher and loads of grenades. 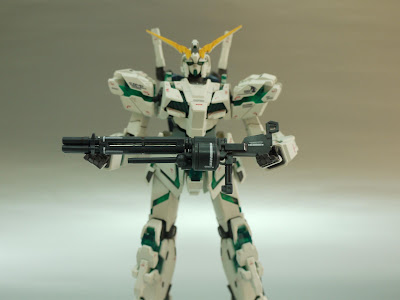 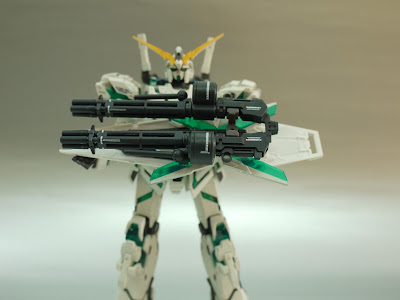 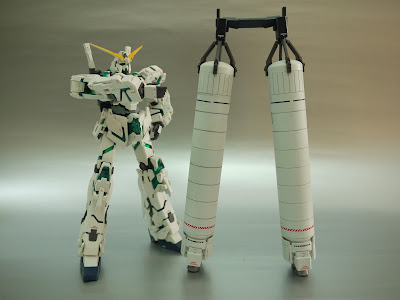 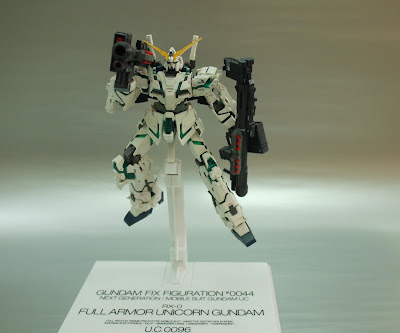 Display stand with name as standards 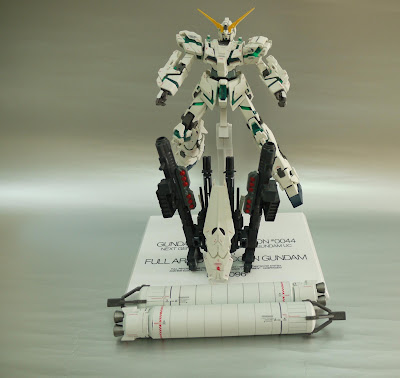 Everything fits neatly onto the propulsion unit at the back inclusive of the huge rocket boosters. 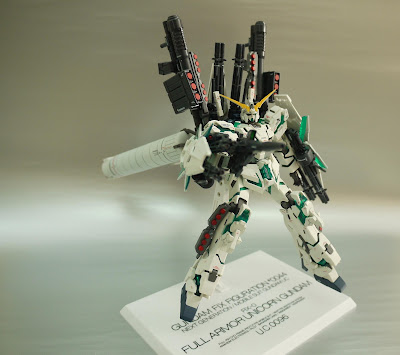 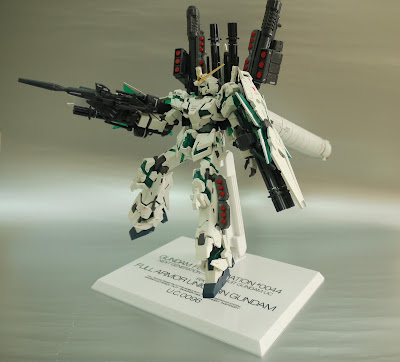 This gundam is not called Full Armor for nothing as it really packs quite a load full of armaments. Well, this item is rather pricey but I am not taking a risk of looking high and low for it at a later time. The logic is also simple; I can always let it go at half price.
Recommendation: Get it if you really like what you see.
Posted by Jonloh at 5:17 PM

ok...glad that it helped you with your assignment which I have no idea how? Unless you are majoring in Toy Studies?