I like to say that I had watched Kamen Rider as a kid when it was airing in Singapore in the early 80s. It was in mandarin and was one of those shows that I anticipated daily. SHFiguarts first release was naturally Kamen Rider, The First version. 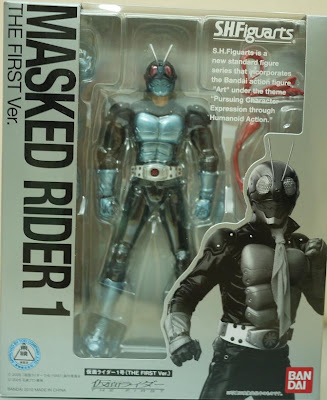 I gave it a miss for the fact that I was not into collecting figures of this genre....but after so many Kamen Riders of the past 2 decades....I might as well pay some homage to the original version. So, I decided to get Rider 1. 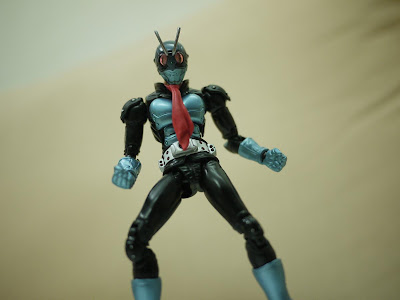 This is an updated version of it for the movie made in 2005 based on the 1971 TV series and so, the costume is slightly fashionable. 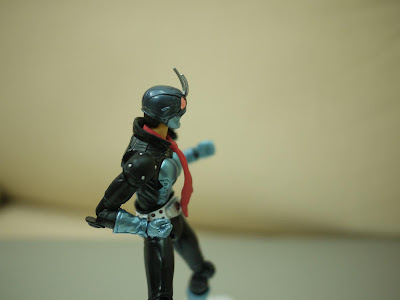 Back in the 70s, things are kept simple and perhaps due to low budget....the helmet did not cover up the head completely exposing the neck and some part of the head. Maybe, it's for ventilation purpose as well. 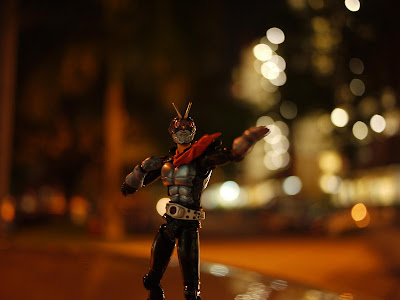 I had always wanted to take some outdoor shots but I did not go very far and it was a bit awkward with people staring. 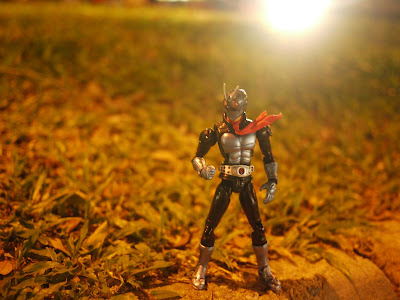 I chose the 20mm pancake lens and I wonder if I should have used the telephoto lens instead as I had a very hard time keeping my hands steady. 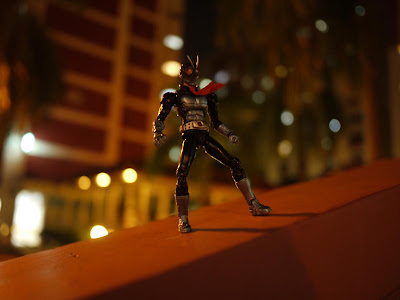 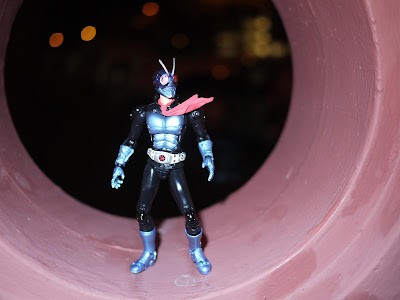 This shot is pretty washout with the flash. I will try this again with other toys in the future and hopefully, another lens will give better pictures and I think the tripod is a good idea too. 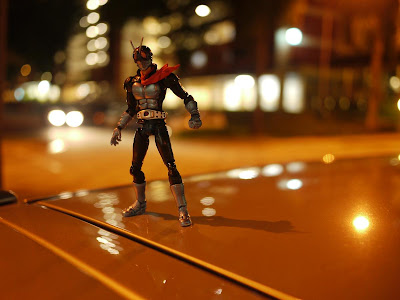 Back to the figure...well, nothing too fantastic about it and get it for nostalgia sake. That's about it.
Posted by Jonloh at 12:37 AM

hey bro can let me know where you got this figure and whether stocks were abundent when you did? Thanks!

Saw your post only now....TFH. There were plenty then. Can check with Roy.