SHFiguarts released Kamen Rider Faiz aka Masked Rider 555. This is the second Kamen rider series that I watched with my son (2006) and it's most probably this series that had me hooked to Kamen Riders. 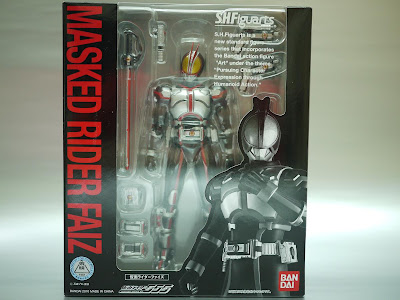 This release is the basic form of Faiz and perhaps Bandai will release Axel and Blaster form. That can be a problem for me... 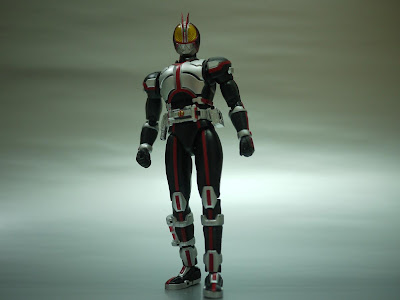 Basic figure is as usual like all SHFiguarts; Great! All the joints are tight and the figure do has some heft to it. 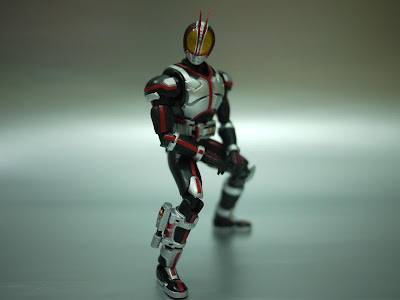 Classic stance of Faiz when he is ready to strike. It gives it a very confident and complacent kind of look. 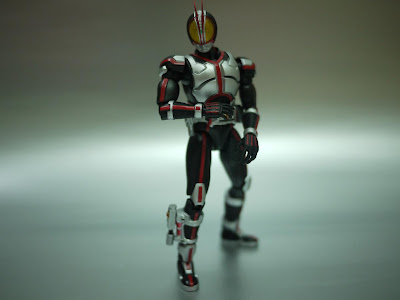 Faiz activates all his weapon system and even his transformation via a phone that is attached to the belt by imputing 3 digit codes for each request. 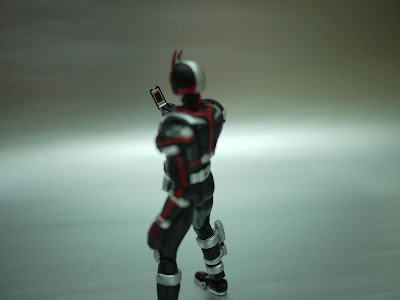 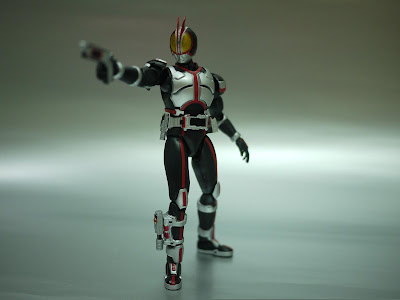 The phone converts to a blaster as well and it's most probably one of the most common weapons he uses in the series. 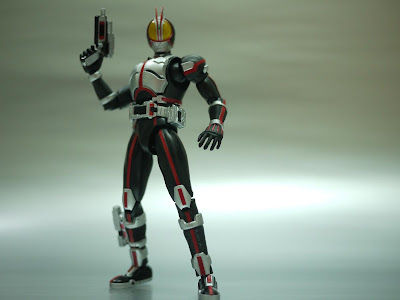 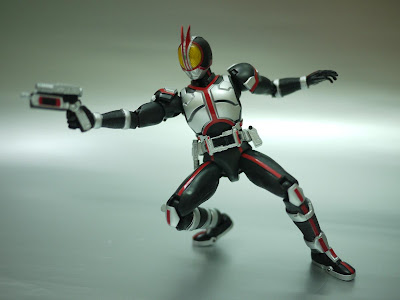 Again, I have to stress that SHFiguarts has the right formula when it comes to articulation of the figure. Dynamic poses such as the ones above and below are easy to accomplish. 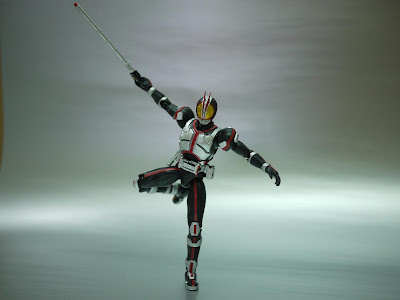 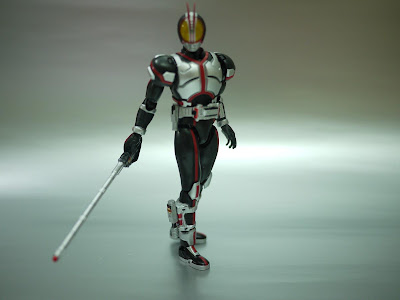 Overall, this is a great figure with many accessories and  I'll be in a dilemma when the other forms are released but I already have the answer for it.
Posted by Jonloh at 7:40 AM