a surprise find today at Takashimaya is SHFiguarts stage which I kind of wanted for a long time (I know I can get it easily at any shop in CSC but really had no chance of going there). Anyway, there was like a 50% sale on this item. So, grabbed it I did. 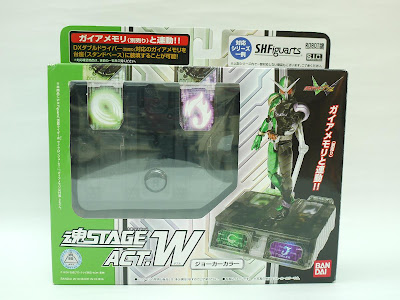 This is stage is specifically for displaying W and it has slots for the memory gaias. It's only today then I realised how ridiculously priced are the memory gaias. Anyway, I wouldn't be getting memory gaias as they are available only if you get the belt or weapon systems of W which...enough said. 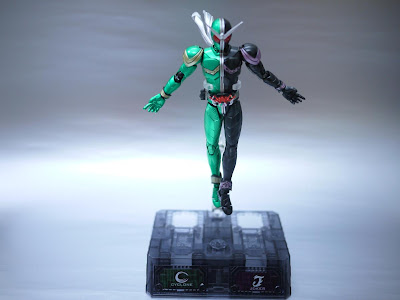 Back to the stage and with it, I can pose my figures in flight! and it comes with interchangeable slots which has the label for most of W's combination. Above I have Cyclone and Joker. 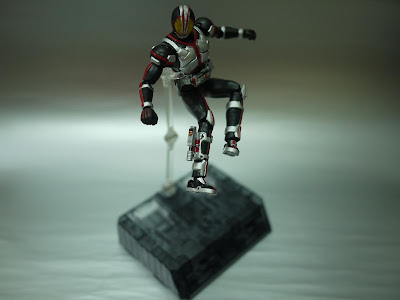 I am finally able to get Faiz to do Rider Kick which was missing from the post on Faiz.
Next, is Transformers Deluxe carded packaging that is on sale as well. 3 for $50! That's a steal in a sense as they retail individually at $27.90 or has the price increased? 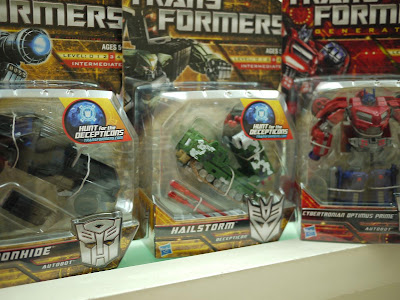 Anyway, I like only Prime and so asked my son to choose two more to complete my purchase. He of course happily obliged. 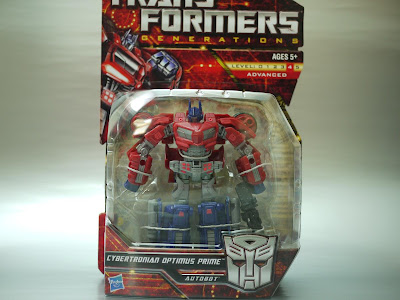 This is another figure that I did not really like but since it's cheap; what the heck! Anyway, Hasbro is also on the green movement as the twist ties now are made of paper material. The figure is what you would expect of a deluxe figure and it's worth getting at the price that is being sold now. 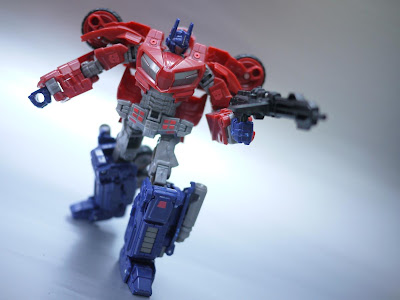 Articulation ability on the prime is as minimum as it can be. Well, don't complain because it's cheap (I think I mentioned it twice already). 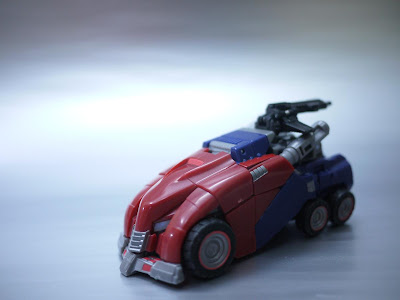 Transformation is way simple and the vehicle mode is supposedly a Cybertronian armored truck. Very retro kind of feel to it though. Well, I guess the alternative mode grew on me as I look at it again. Get it before it's all snapped up!
Posted by Jonloh at 12:25 AM

i am quite surprised that the 3 for $50 happen so fast. I guess they are trying to clear as much as they can for new stuff ? i am guessing Hasbro's greed to flood the shelves has backfired on them ?

What is the price for the W stand ?

Yes, I was equally surprised. If not for my son's sharp eyes....I wouldn't have bothered.

The W stand is not any cheaper compared to Uncle Ng I think. $24.95

apparently Cybertronian Megatron, HFTD Terradive and Tomahawk also made it to the 3 for $50 sales, though I havent seen any yet.

Some shops like Kiddy Palace and Metro are selling singles for $16.90 though.

Oh, i see. Thanks. Uncle Ng was clearing the Stage5 Robot stands for around 13. Those stands can be used for SHF I guess.