which I almost missed because I intentionally skipped it during the pre-order and I would have paid lesser for it. 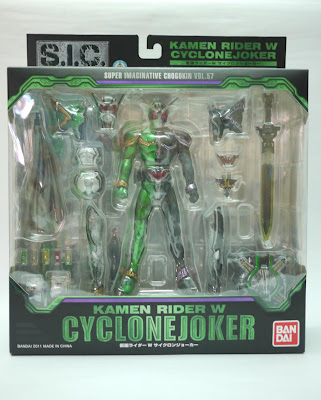 Anyway, it's a really a sweet piece to own and although it's more expensive than the pre-order; it's worth it. 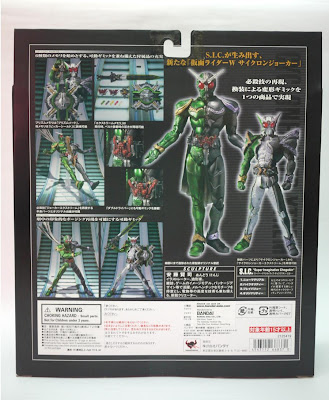 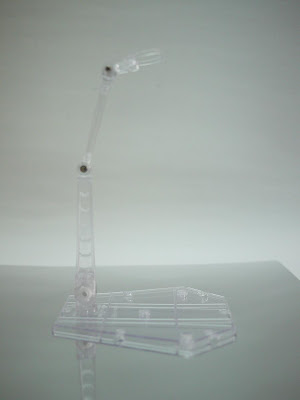 A stand is provided in this release which is a first for S.I.C and the design is similar to S.H.Figuarts. 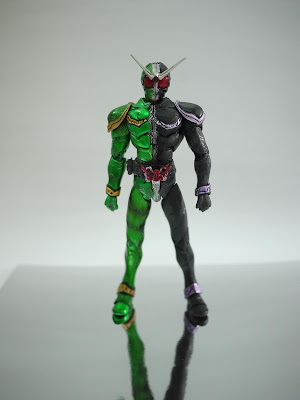 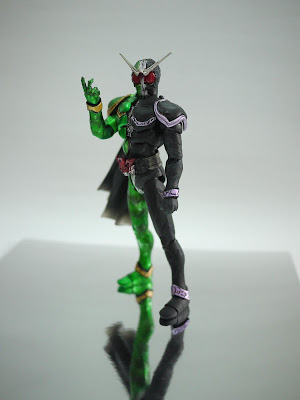 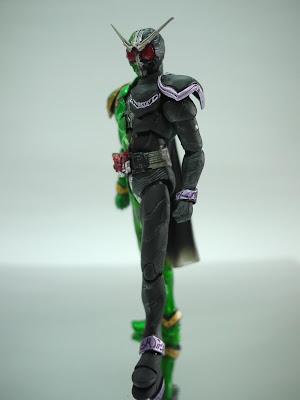 The first mode of this series is the CycloneJoker form which is not too different from the live action series unlike some other Kamen Rider releases. 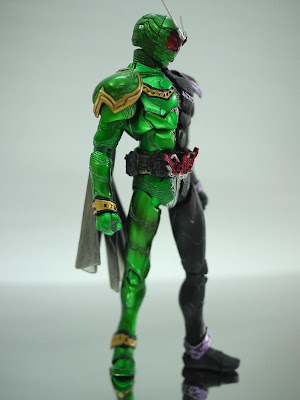 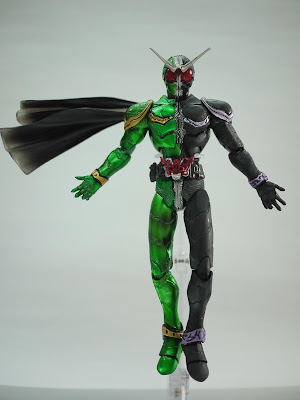 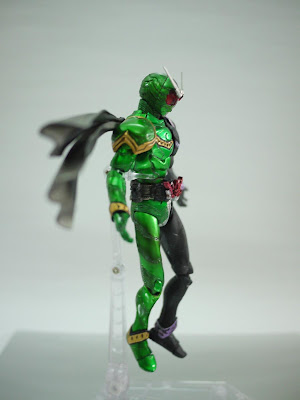 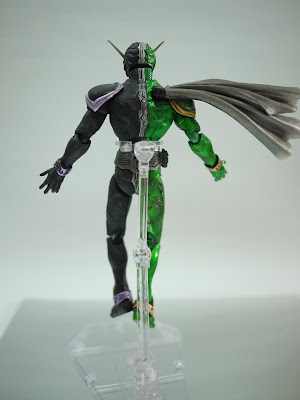 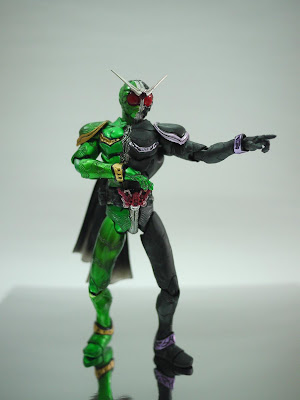 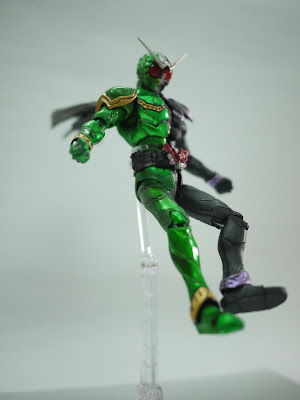 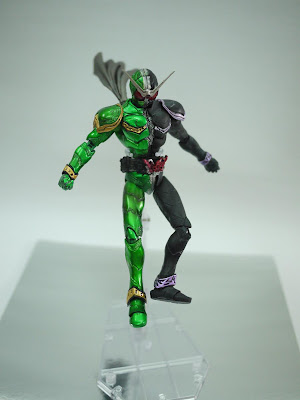 To be continued in mode 3. 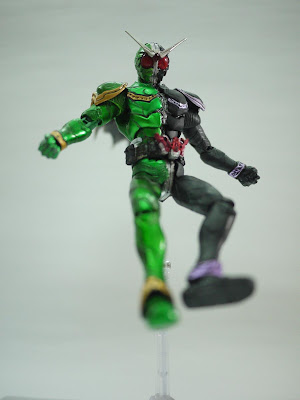 After fiddling with the figure for a while and then realized that I've not inserted the Gaia Memory into the belt. 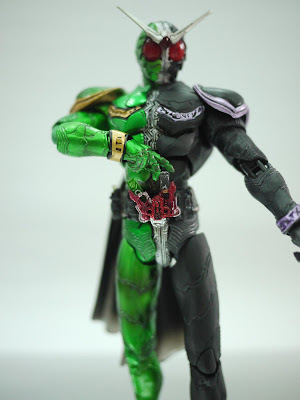 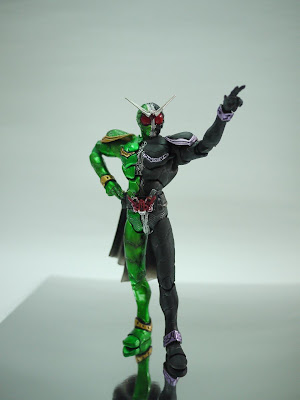 Insert the Prism Gaia Memory and it's transformation into CycloneJoker Extreme mode which takes us to mode 2 from this series. This requires some dis-assembly but it took no more than 5 minutes to get the job done. 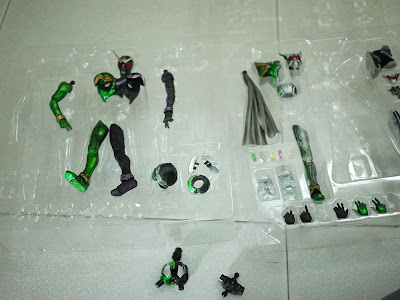 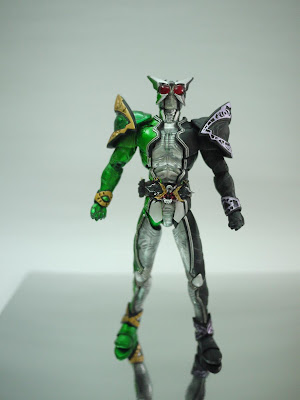 Extreme mode completed and this is indeed a very well-made piece and amazing as well when this is put together piece by piece. 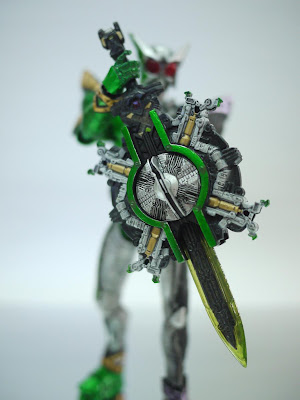 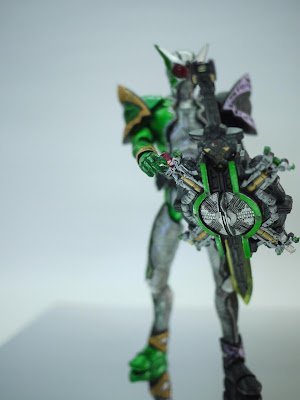 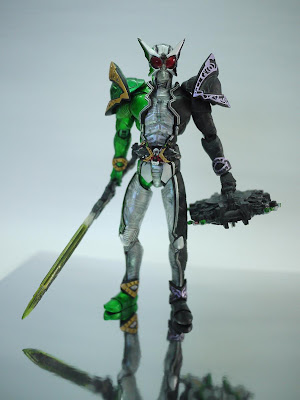 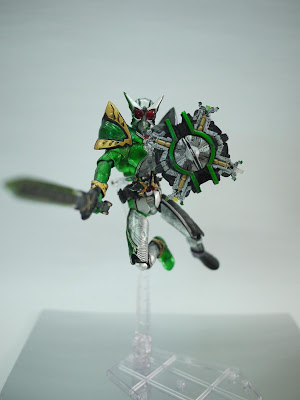 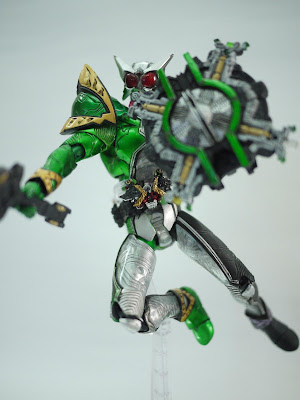 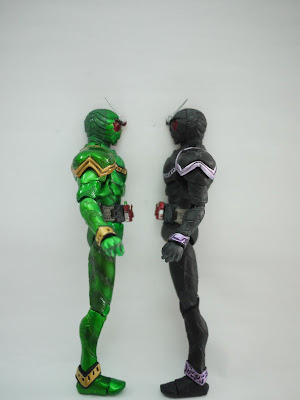 Last mode is the split mode which I believe is Maximum Drive finisher is a Rider Kick called the Joker Extreme, which Double's body splits down the middle as the halves reach their target in a drop kick fashion. 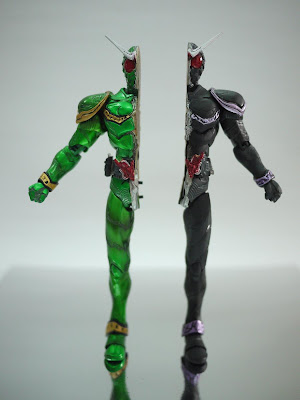 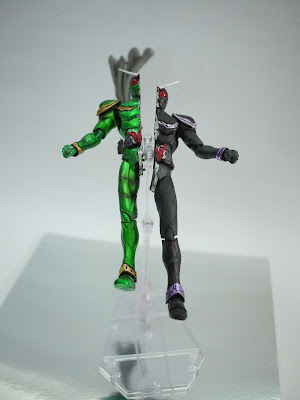 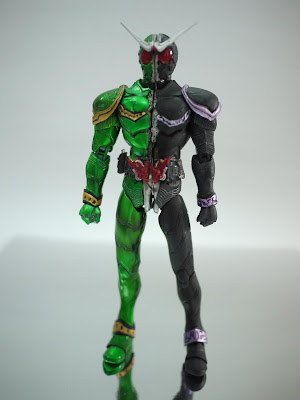 The 2 halves join together which is something quite redundant as the split line is rather obvious and I wouldn't be displaying it in this mode. However, it's commendable for such thoughts to be put in.
Posted by Jonloh at 11:05 PM