Have collected Revoltechs by Kaiyodo the moment they released their very first figure and when they obtained the license to make Disney characters; I kinda gave them a miss except Wall.E which is still in its packaging. 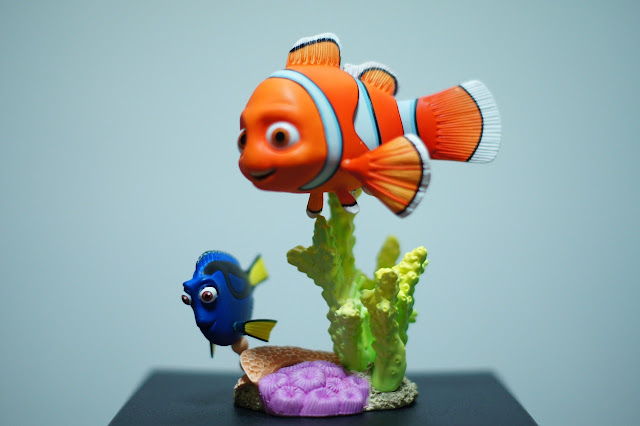 Finding Nemo going at 56HKD was too attractive a draw to just buy it. It was on sale at one of the shops in CTMA Centre. I bought Mr Incredible and Sully & Boo as well. 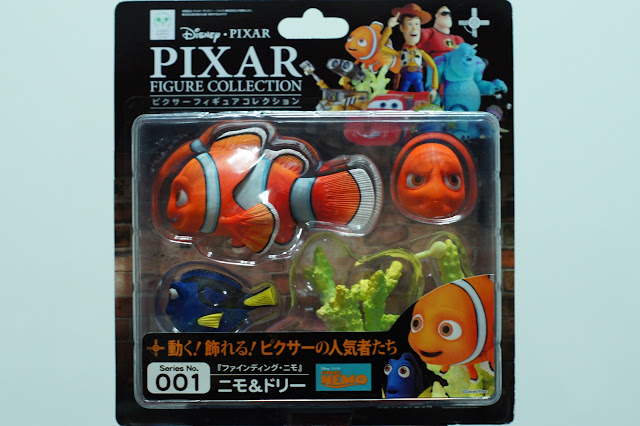 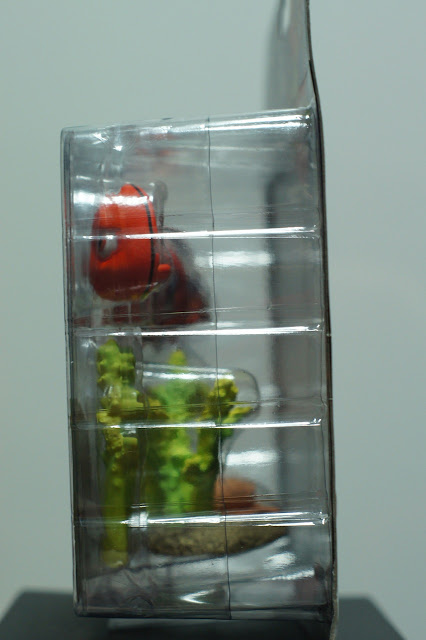 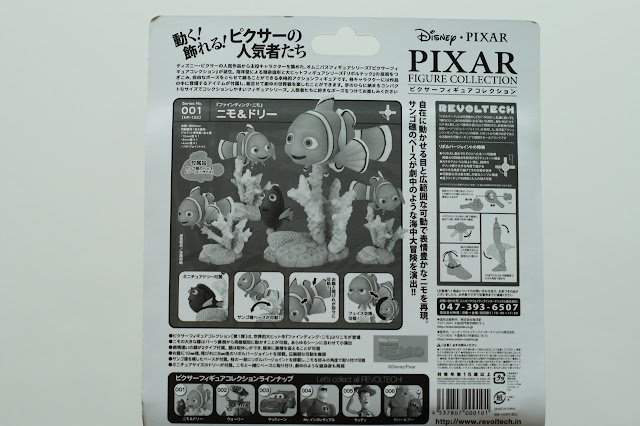 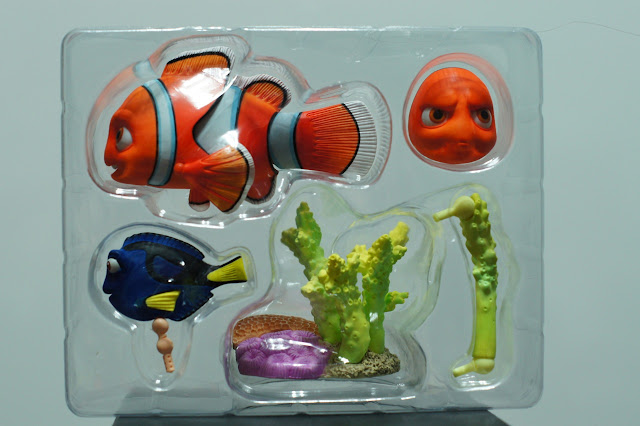 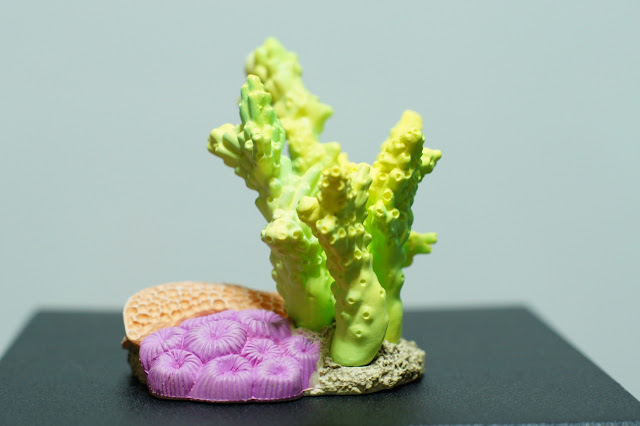 This is one of the rare sets that comes with a diorama display even when the characters can 'stand' on its own. Well, this does enhance the figures as it gives them a swimming effect. 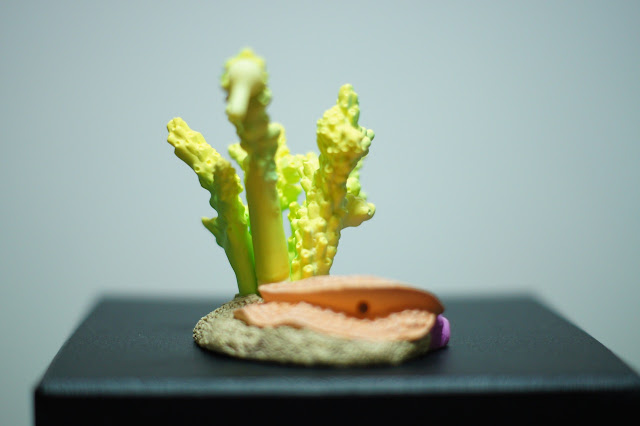 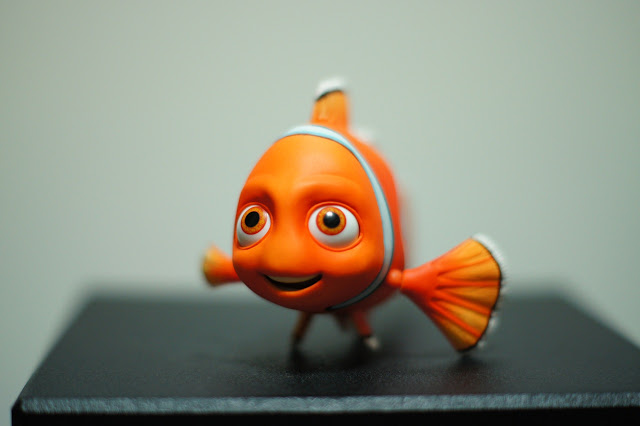 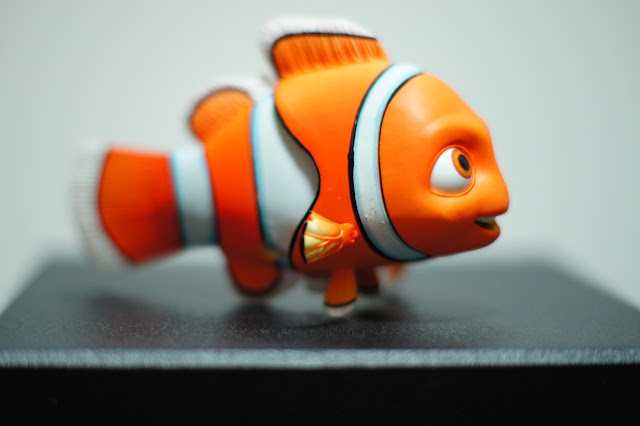 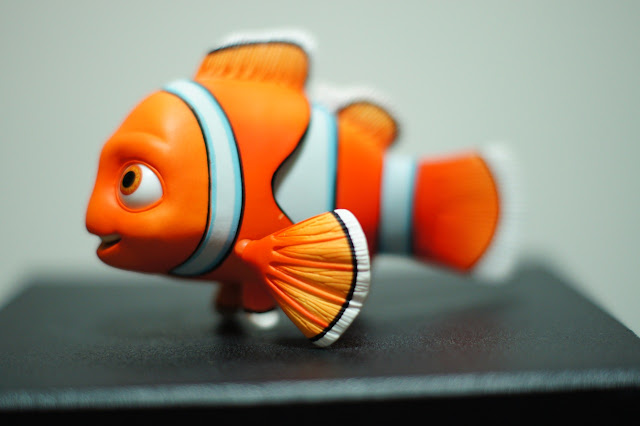 It comes with a frowning face too... nice touch. 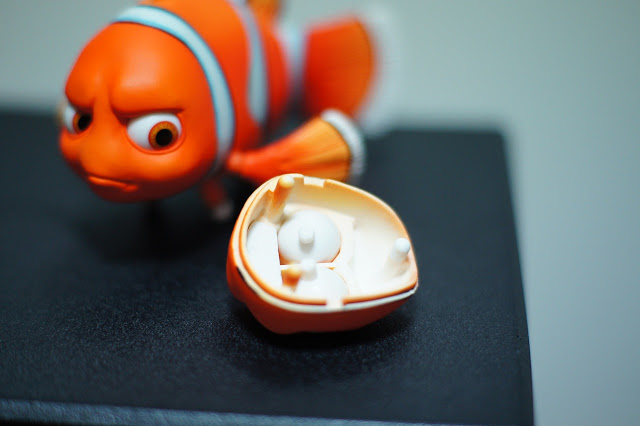 Closeup of the rolling eyeball control using revol joint. Dory below has less articulation is a no frill item. 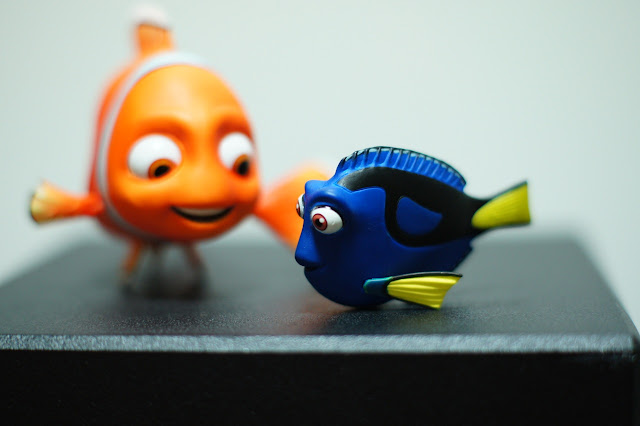 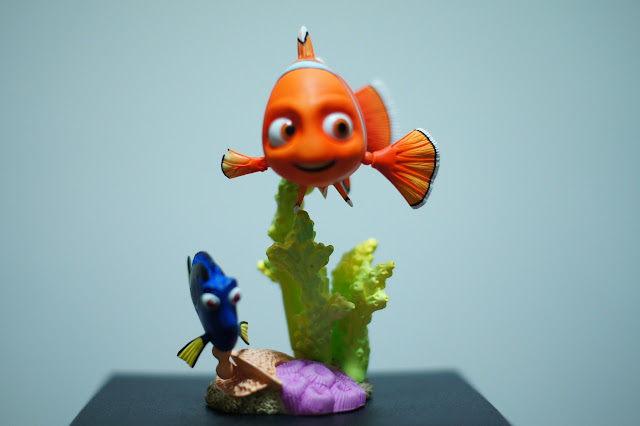 Put everything today and you have a nice marine scene. 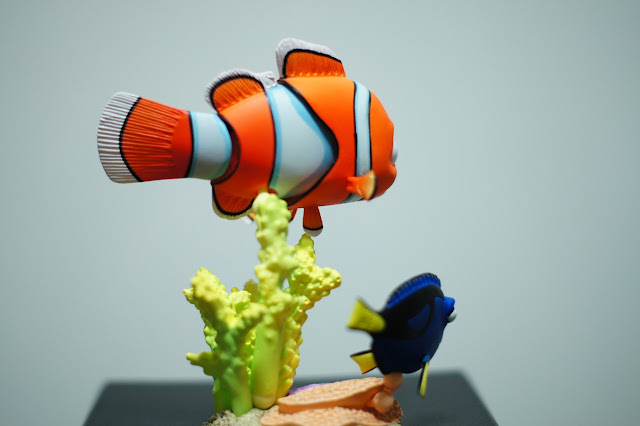 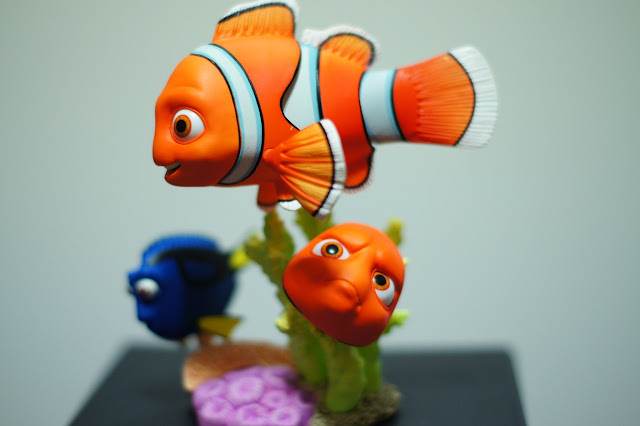