Following from the post on R2-D2 from The Force Awakens, here comes BB-8 and BB-9E. 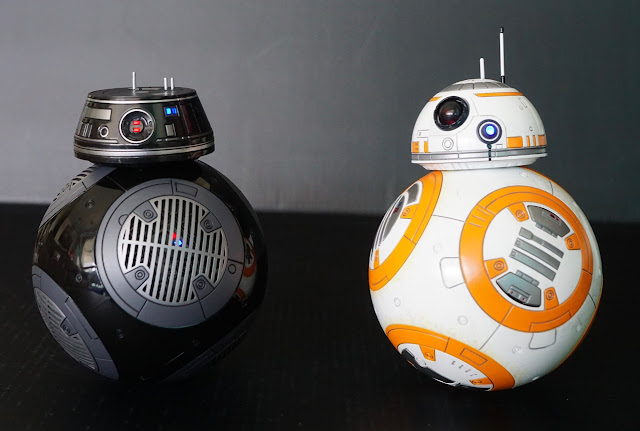 This is a set which comprises of the two droids while BB-8 is available individually. 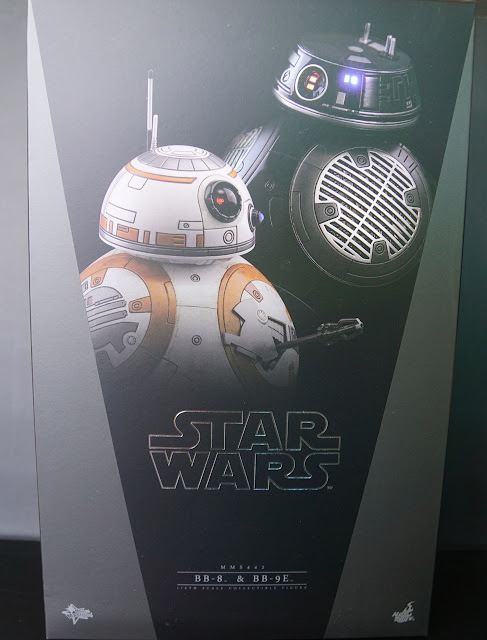 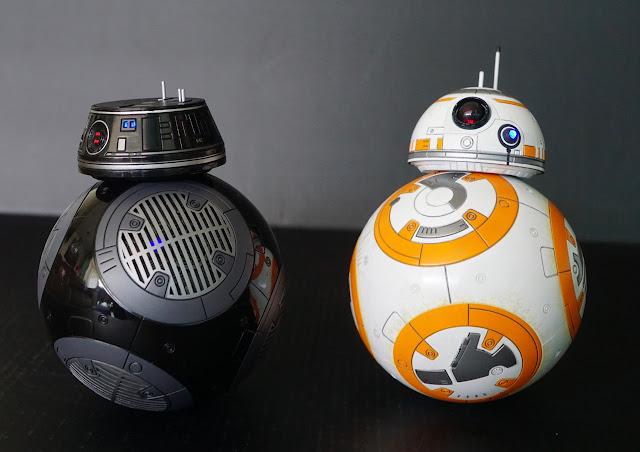 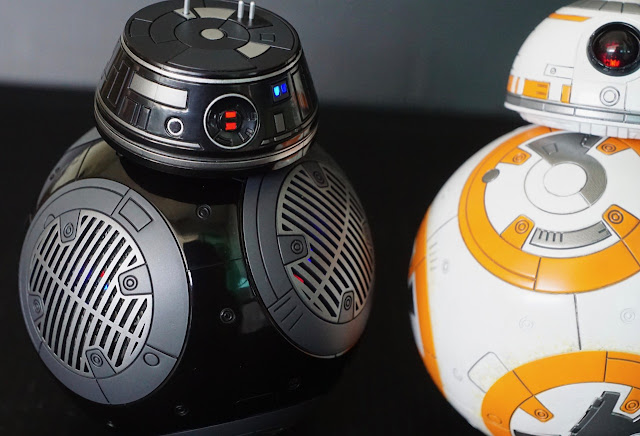 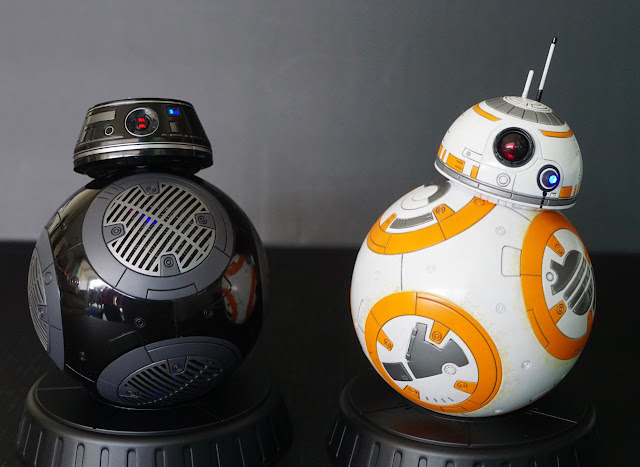 Both droids features a counter balance within the body which allows the head to swivel into a upright position. However, Hot Toys provided stands for both droids for added stability. 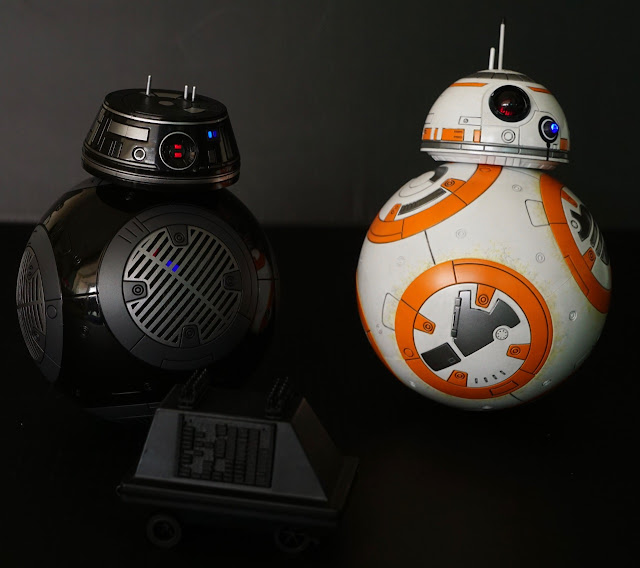 In the set, a mouse droid is provided which has very minimal features and does nothing much except rolling around as in all the Star Wars movies. 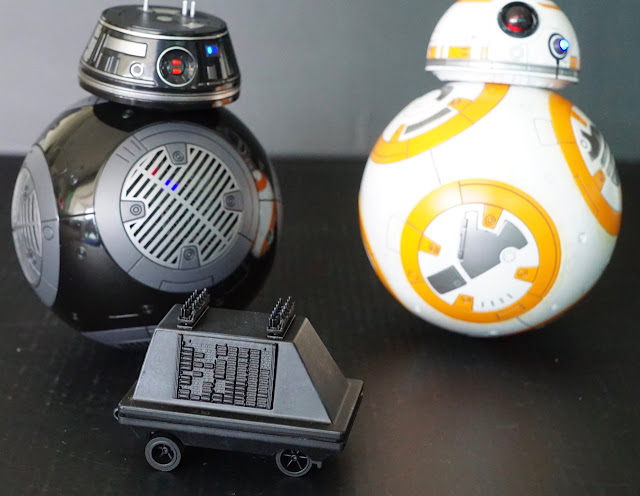 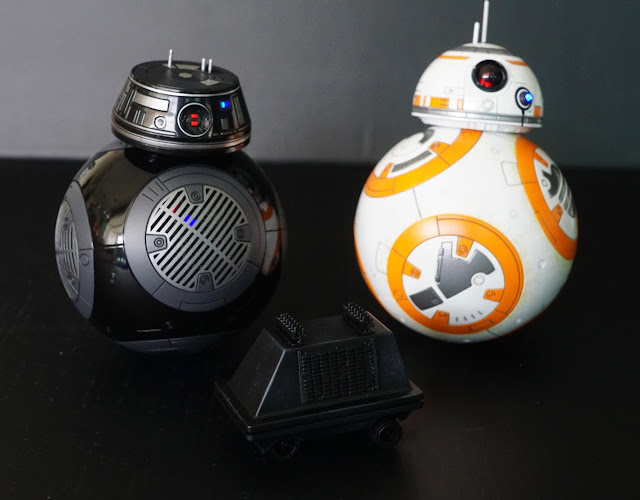 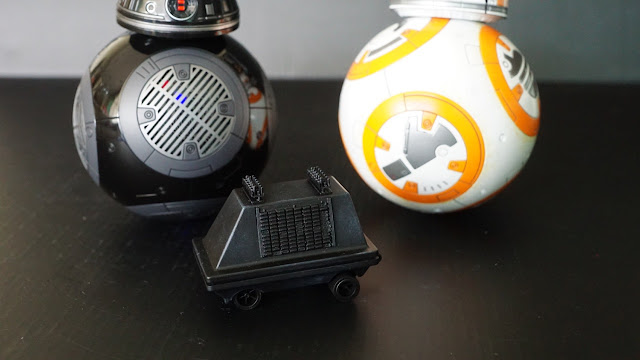 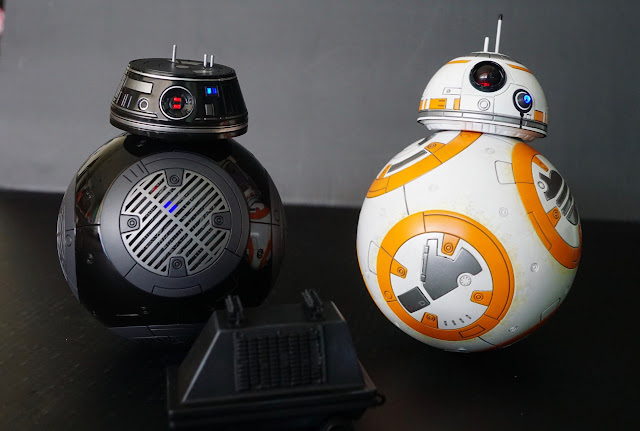 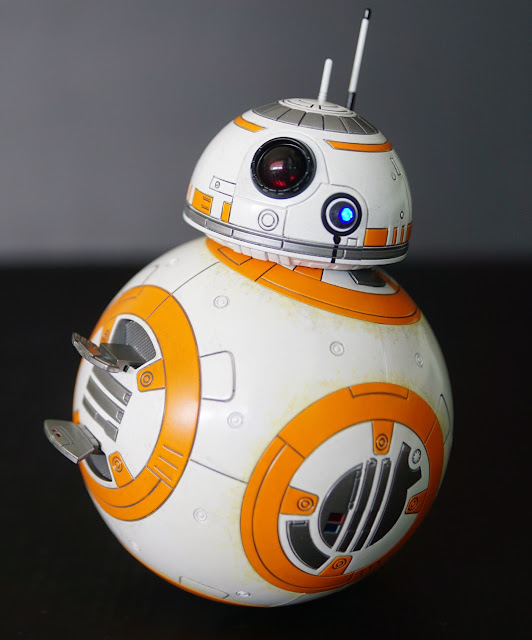 Like R2-D2, BB-8 packs multiple tools in her body to assist her master. Pictures that follows will see those tools in action. 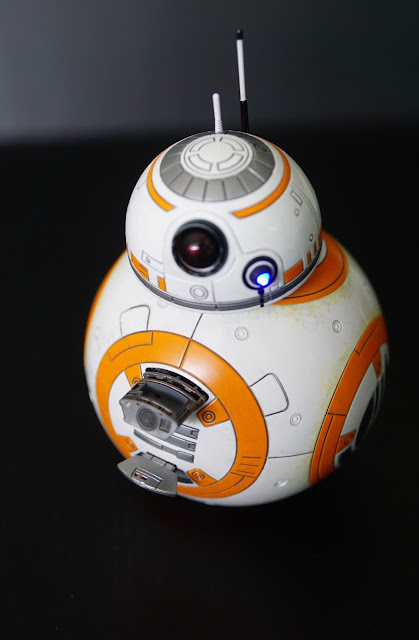 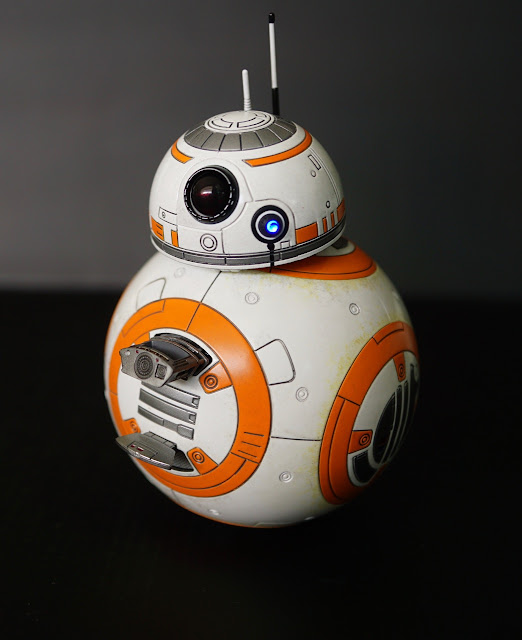 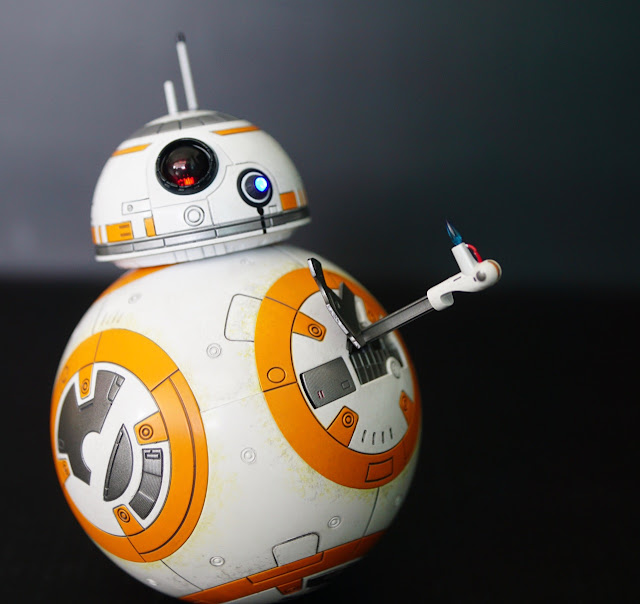 The signature lighter gesture in the movie, The Force Awakens, BB-8 gave Finn a thumbs-up. My common experience of receiving something that is broken strikes again. The fuel line is apparently broken. 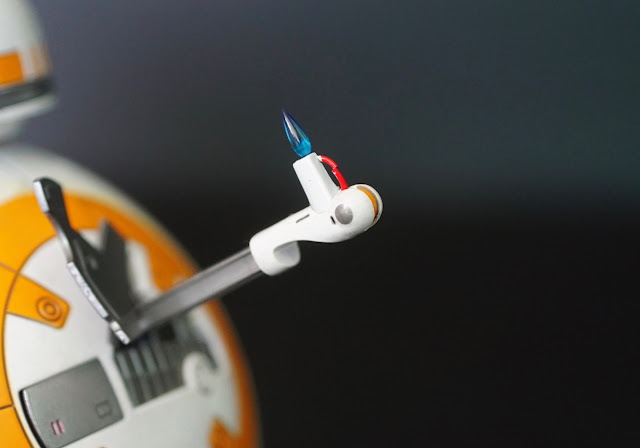 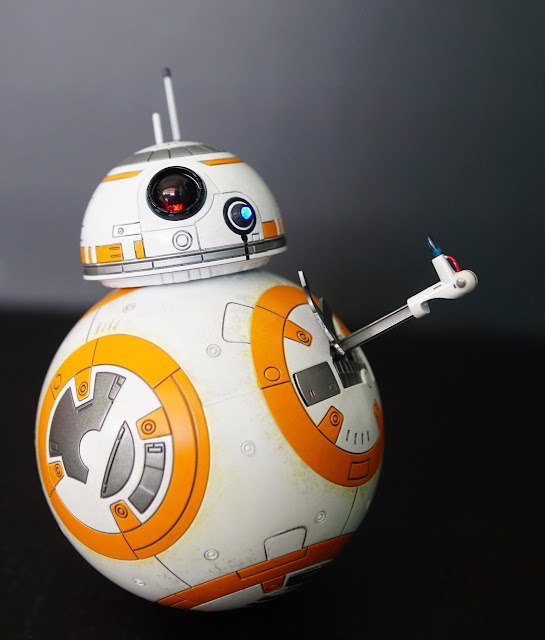 Fixing defective toys has become one essential skill and the defect was fixed in no time. 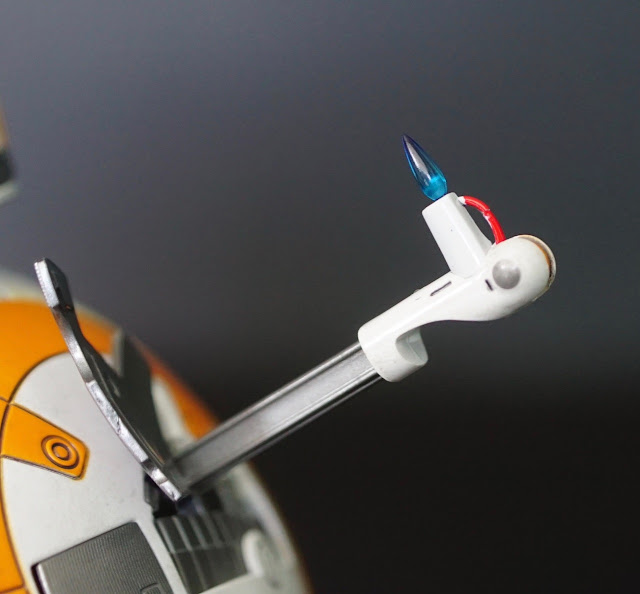 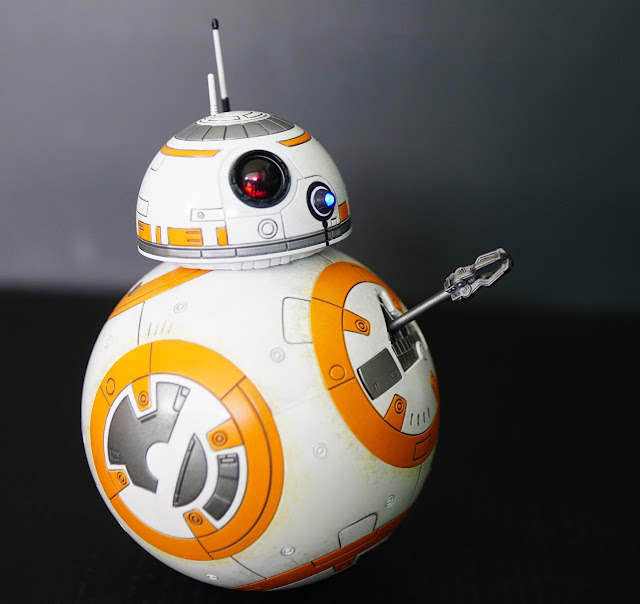 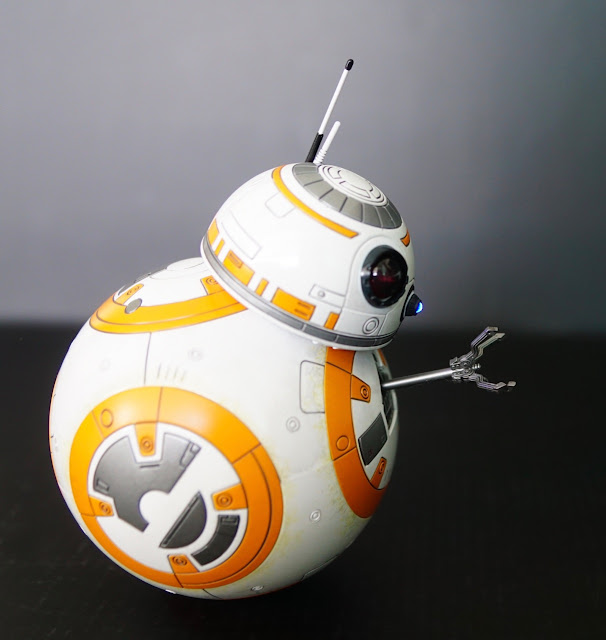 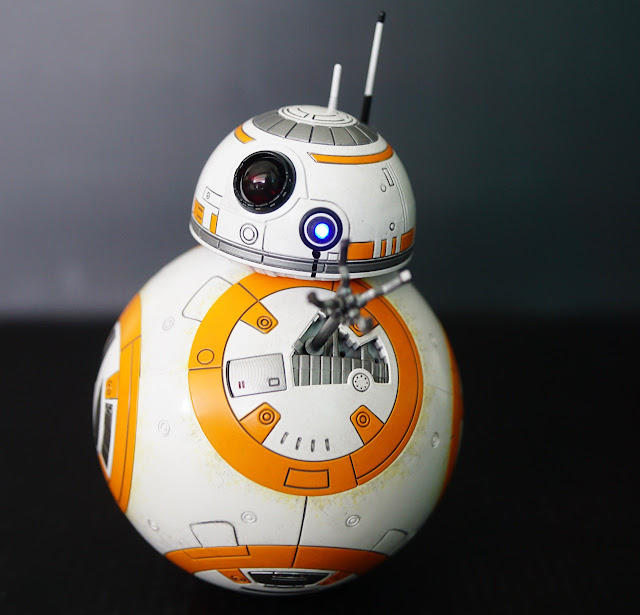 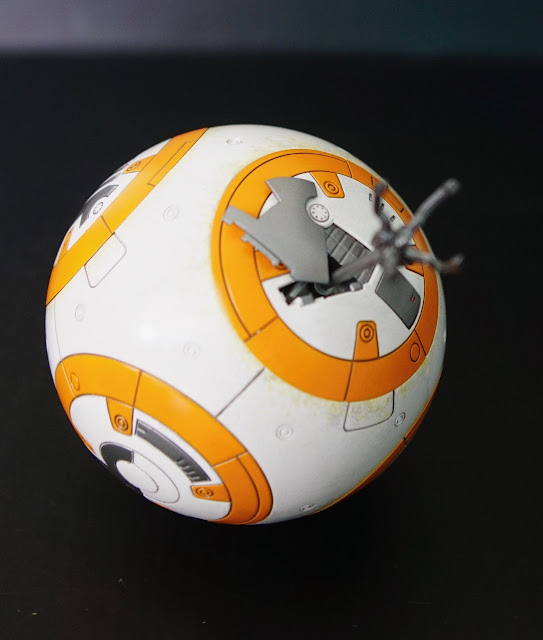 I noticed only until the end that the flap should be attached even when the tools are out. 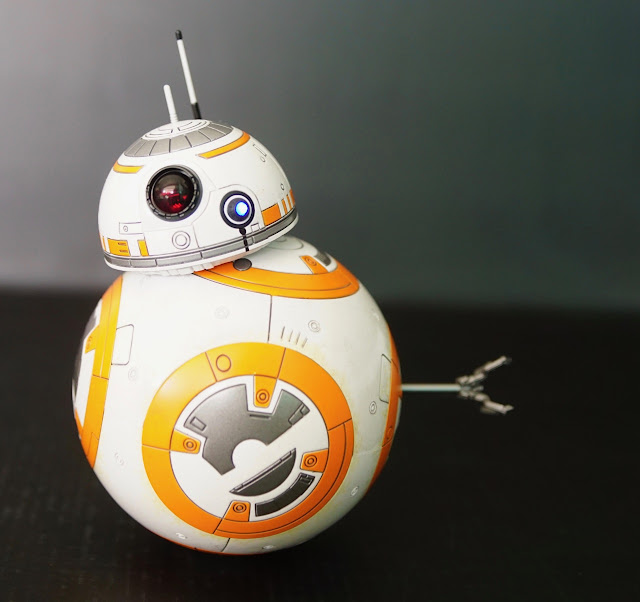 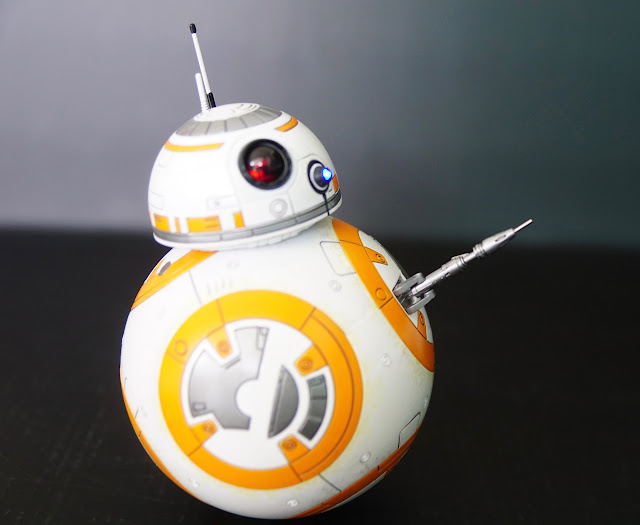 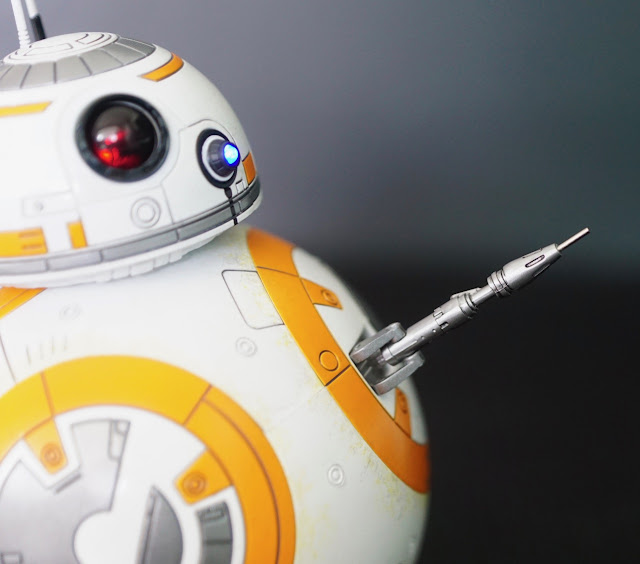 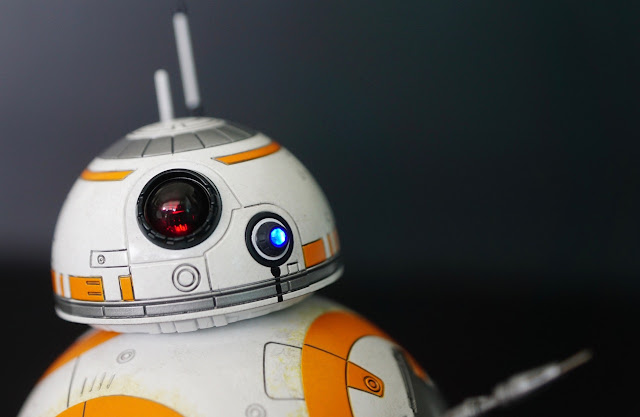 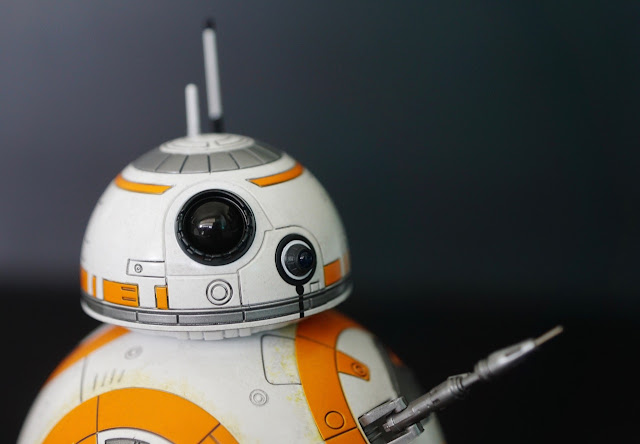 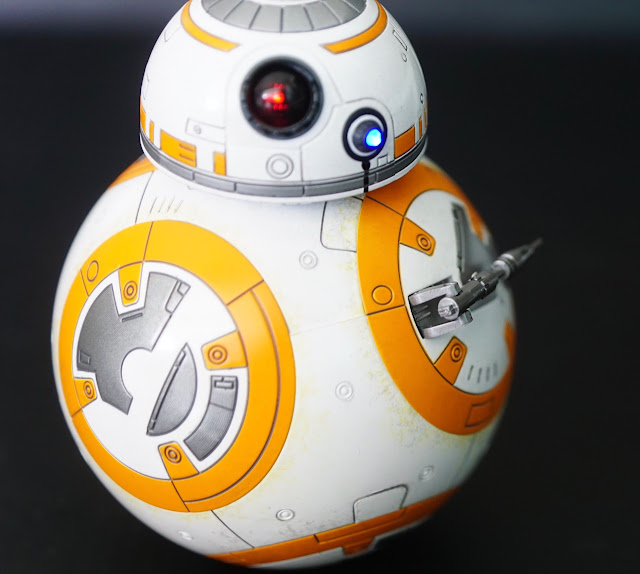 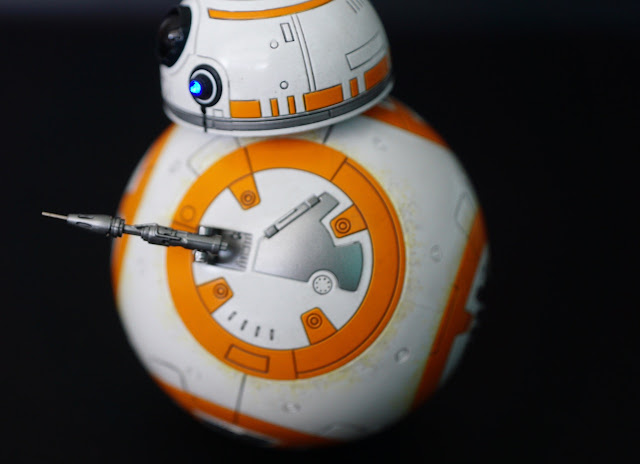