is an upgrade to the Gundam 00 featured in the Gundam Mobile Suit 00V sidestory. I particularly like robots with huge oversized swords.

I've pre-ordered this item under Bandai's The Robot Spirits since July. Collected it yesterday and here is a little short review. 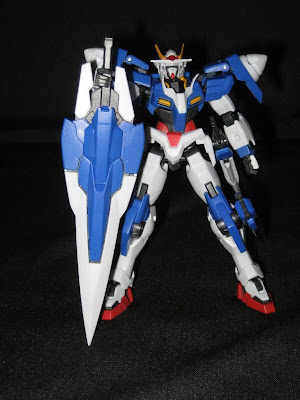 I've purchased almost all the gundams in the 00 series under this line of toys and this is the only one I've opened. 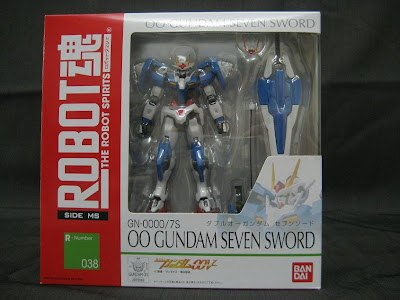 The packaging is what you would expect from Robot Spirits. Nice window to show most of the item and most importantly, the figure. 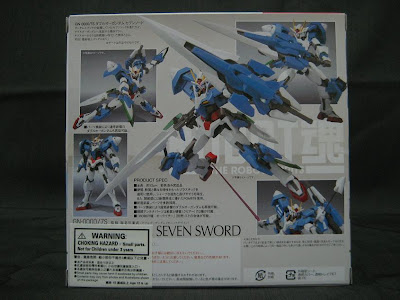 The back shows all the possible poses and whole lot of Japanese which I don't understand. 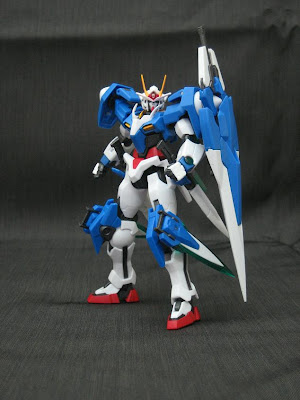 This figure stands at around 12cm but the details on this little fellow is fantastic! The feel is also very sturdy as compared to Bandai's Mobile Suit in Action figures (MSIA). The joints are tight and a lot of articulation points on it as well. 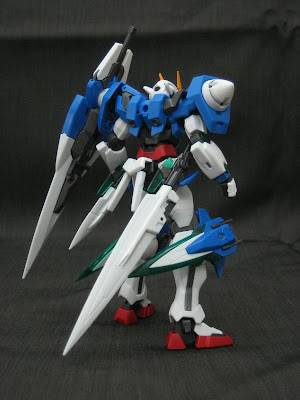 The name 7 swords is self explanatory and the picture shows all 7 of them. 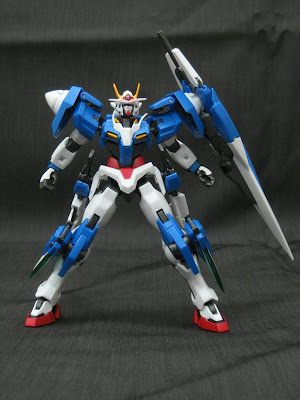 So, let's get him to show us all his 7 swords and I shall borrow some of the information from Gundam Wiki. 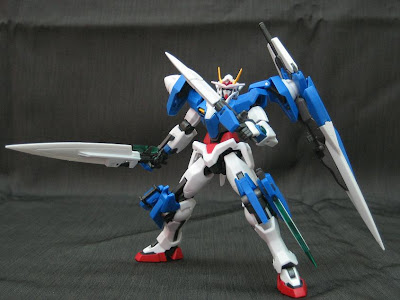 GN Long and Short Blade II
This 2 blades are mounted on the waist of the 7 Swords. The long blade serves as a rifle and is the only weapon that is used for long range battle. The short blade has the capability of being shot out and retracted. 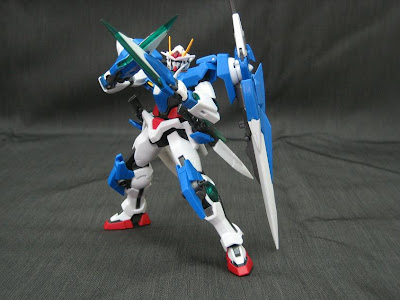 GN Katars
Medium size blades attach to the knees and these are heat type of blade that cuts using the GN particles. 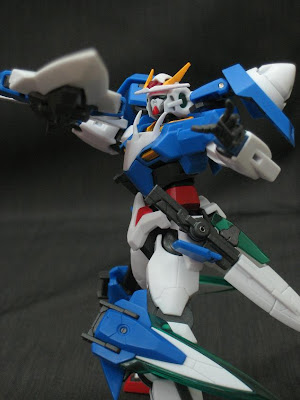 GN Buster Sword II
This is a massive sword that is attached on either side of the GN Drive and serves as a shield when not in use. This weapon is obviously the one that delivers the final blow. 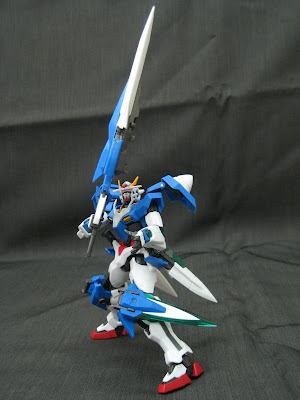 The Buster Sword is as tall as the figure and the figure holds it with ease with any pose. 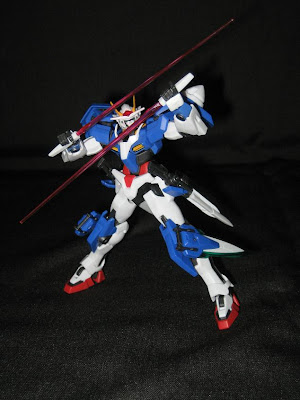 GN Beam Saber
Standard issues of any gundam. It is mounted at the rear and I don't think it will be used often when this guys is equipped with 5 other more powerful choices. 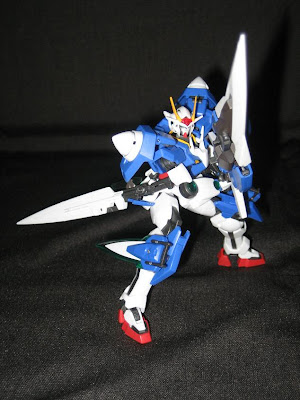 Another shot of the Buster Sword 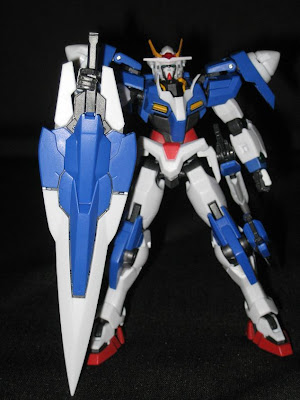 This is a fantastic figure and I must say that The Robot Spirits line is indeed worth the price. It is twice the price of MSIA but you know you are getting your money worth. However, don't buy this line from departmental stores as it is priced 3 times the price of MSIA.
This item is HOT and it is already out of stock in Japan. Most shops are releasing based on pre-orders and if you have not, prepare to fork out a little more.
Overall review
Packaging - 3/5 (not something you've not seen of)
Figure - 4/5 (some limit to the poses allowed)
Posted by Jonloh at 7:31 AM